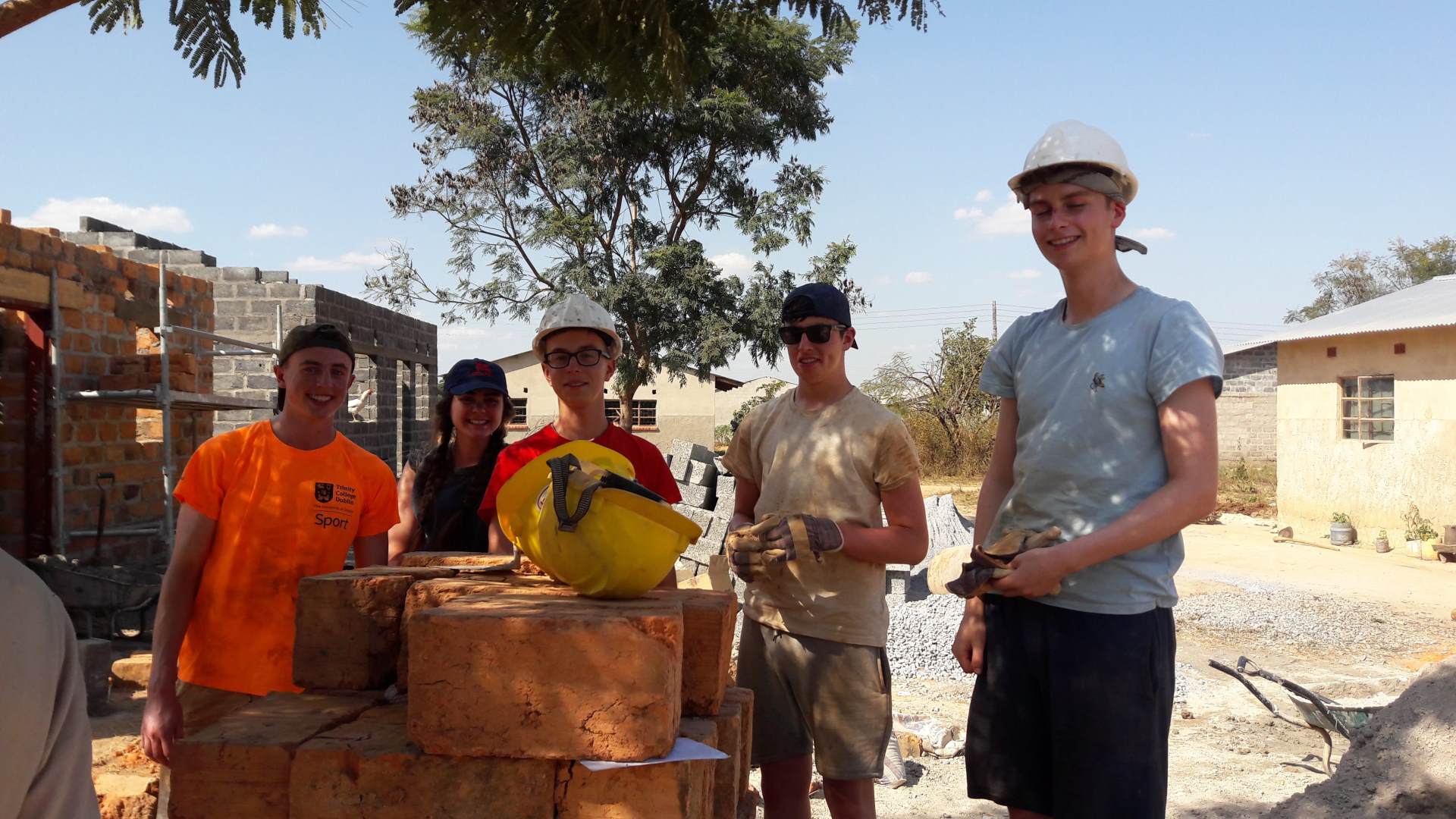 Wesley College has the proud privilege of being the school that first partnered with Habitat for Humanity Ireland to send a volunteer team overseas with the global Village Programme. In subsequent years it has aided the rehousing of over eighty families in need in Central America, Africa, Eastern Europe and at home here in Dublin. 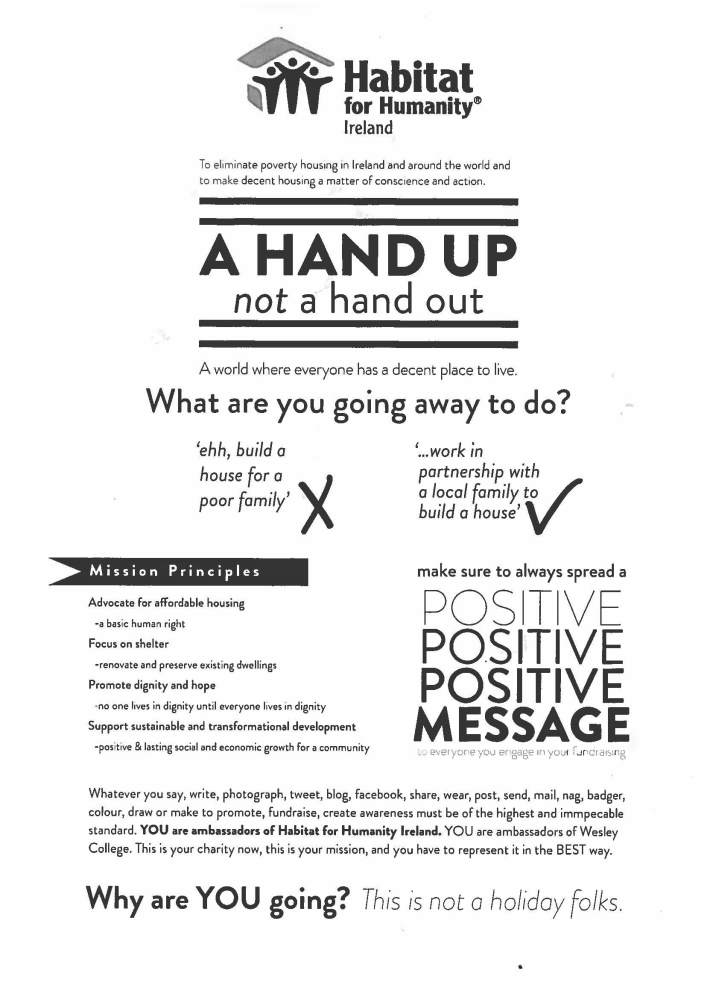 Teams are generally recruited in Transition Year after a rigorous selection process. This involves a written application and panel interview made up of staff and students who have traveled on previous teams. Once selected students commit to a year of fundraising and service before the actual home building trip itself.

This unique experience affords participants the opportunity to travel and work in disadvantaged communities alongside those who will benefit from the completed house. Many team members and leaders have found this a life changing experience. The process of building a simple, decent and affordable place for a family to live in, is a privilege that leaves an impression which lasts long after the teams have returned home.

Such has been the demand for places that on the tenth anniversary the school sent ten teams to build ten houses in one week with 250 volunteers from the school community. This was a lot of hard work but who knew blisters could feel so good. Wesley College students though, when travelling together generally also have a good time and great craic.