David Bosch from 5th year has been selected on the Irish U20's 4x400m relay team. He will attend high-performance training sessions over the coming months. David is an incredibly talented sportsman and everyone in the school is very proud of his amazing achievements to date. 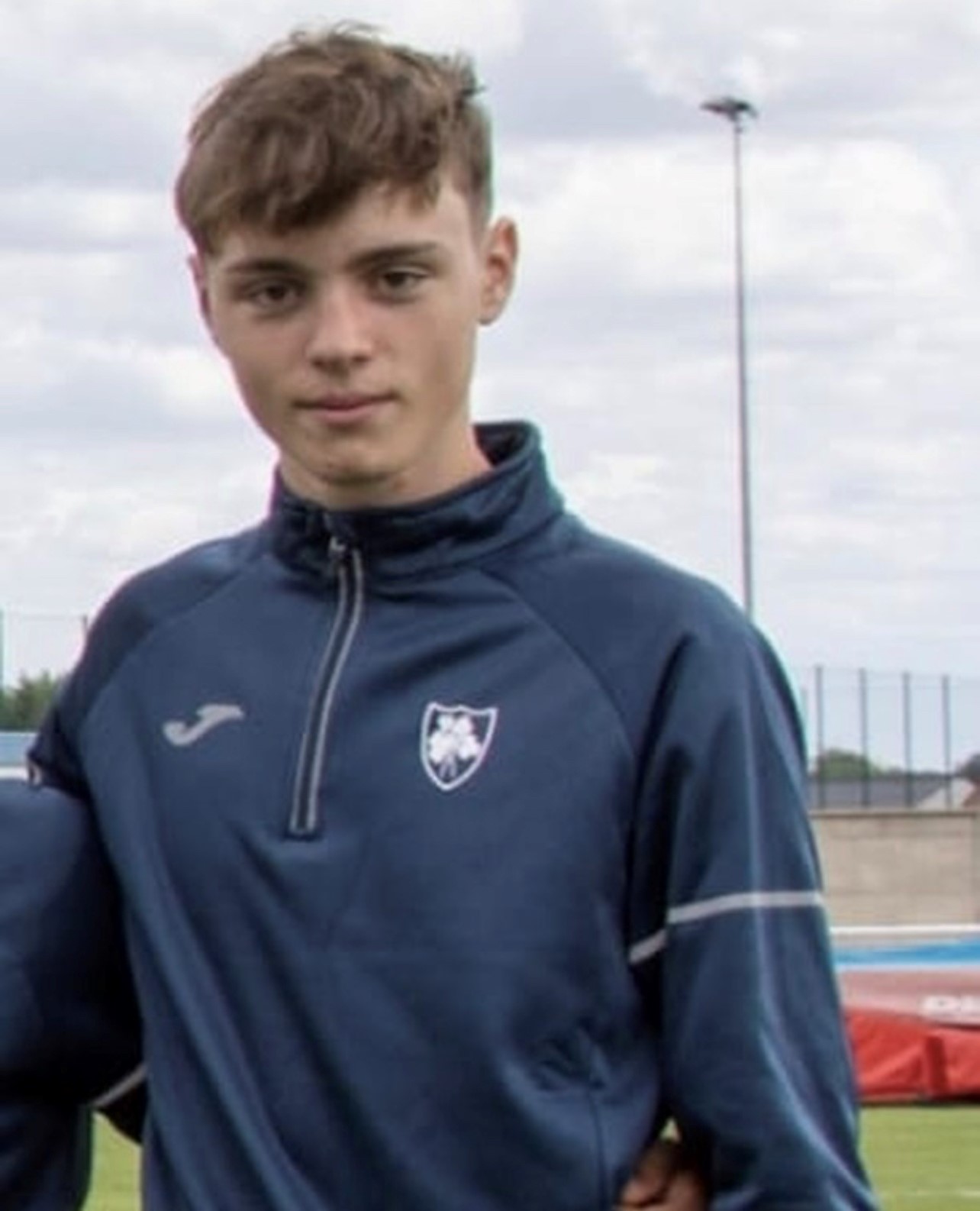 A huge congratulations to the Boys U19 Team who won their league final. The final score was 41-52. Salesian College battled their way right to the final quarter where Wesley secured their league. Special mention to Eoin McNeile, Titus Von Meltzing, Bosola Ojewale, and Darren Peard who had extraordinary games. Well done to Mr. Critchley and the team. 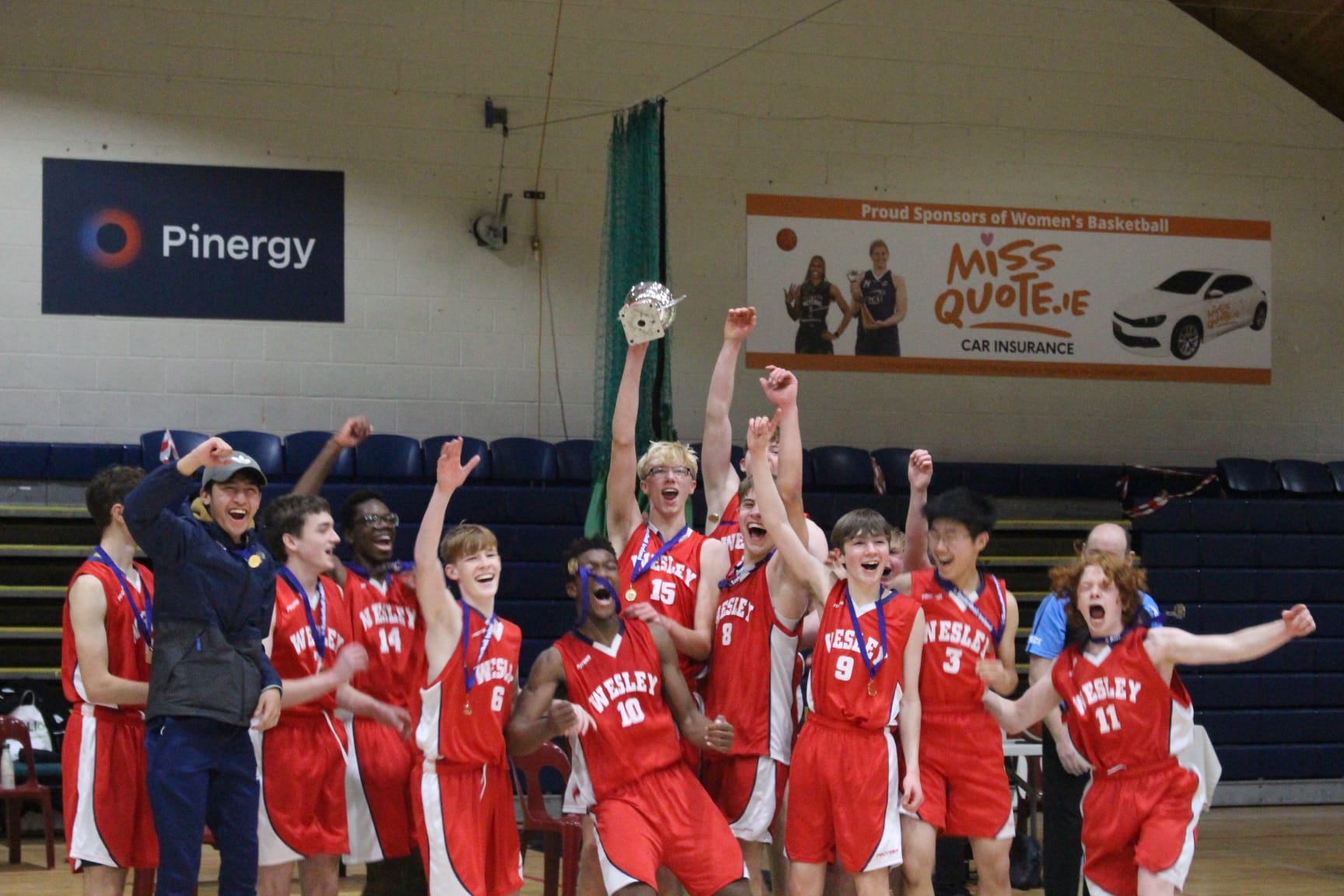 A huge congratulations to the U19 Girls basketball team who won their semi-final against Presentation Terenure. The final score was 20-53. The girls dominated in the first two quarters with special mention to Amy Bond, Molly Fitzpatrick, Glory Daniel, and Kristina McDonagh who were pivotal in their success. They advance to the final this Thursday.

Congratulations to the Senior 1 Boys who won the next round of the All Ireland tournament 5-1 against a very competitive Villiers side.

The Junior B Boys won their match against Newpark 3-1. Two goals coming from Saanj Reddy and a third coming from Louis McSweeney.

The U14 A Boys also played a stormer this week, winning their match 7-0 against St. Andrew's College this Friday.

The U13 A Boys also travelled out to Villiers, producing an outstanding performance against a strong Villers side, the end score resulting in 8-1.

The Senior 4 Girls beat St. Joseph's of Cluny 1-0 in their second league game of the season, which solidified their undefeated status in their grouping so far. They had a great start to the first half; beginning with really high intensity. Ellie Cole scored a goal, after receiving a lovely pass from Juliet Moore.

However, St. Joseph's of Cluny came back in the second half putting the 4s under continuous pressure. The score was 1-0 with five minutes to go, while the opposition gained a number of penalty corners. Nevertheless, the keeper, Lauren Mackey, made a number of super saves, and with the help of the defenders, the girls managed to keep the score line down.

Excitement and nerves permeated our Friday afternoon as our Junior A girls set off to play Muckross Park College away in the semi-final of our cup campaign. As the girls began to play it became clear that they were determined to not let their hard work in training go to waste. A brilliant goal by Imogen Stanley, combined with determined defending by our back four and goalie Lucy Bond, brought us to halftime with a 1-0 scoreboard. Cheered on by our travelling Wesley supporters and parents, Meadhbh Scanlon joined Imogen on the scoreboard by exceptionally seizing her opportunity. Led by captain Kate Woods, each of our girls gave of their absolute best to earn a slice of the euphoria brought by the final whistle. We will now face Loreto Beaufort next Wednesday in the cup final.

Junior A vs Muckross Cup Semi-Final


Junior Bs had an assured win in their league match against Holy Child Killiney. After an early goal from Ruby at the back post, Wesley spent the remaining 40 minutes peppering the opposition's goal but had to leave the game satisfied with a 1-0 win.

Following a tough cup loss during the week the Minor A Wesley girls were right back in action against a tough Holy Child Killiney team. Having beaten them in a friendly earlier this year it was apparent that the opposition did not want a repeat result.

We struggled against their intensity in the first half and if not for a number of good saves from Neeve in goals we may have conceded before the break. We improved as the second half went on and managed to take the lead through a scrappy short corner goal.

Unfortunately, Holy Child managed to equalize minutes later. In the end, after a tough week of hockey and some disappointment, this was a fair result on the basis of the game played. Plenty of work to do going forward.

The Minor Bs had a great 5-0 win vs St. Gerard's School. Wesley started the game really well with an effective full press, consistently turning the ball over high up the pitch and creating plenty of chances. Philipa McGlynn opened the scoring with a nice hard sweep after a number of good saves from the St. Gerard's School goalie which meant we lead 1-0 at halftime. In the second half, Wesley was much more clinical with goals coming from Rebekah Bennett Murphy, Nicola Langheld, and Emily Barrett with the pick of the bunch coming from Lauren Flynn with a great strike from top d after a lovely run.

The U13A squad played probably their best hockey this year in a fantastic close match against St Gerards. From the back Tara Quigley managed her defence and goal really well making several important saves in the game. Isabella Hodgins, Kate Dick and Ashleigh Clauson were immense in defence making tackle after tackle and then linking with their midfield and forwards to create some goal scoring opportunities at the other end. It was great to see Evelyn Kwik return after a long injury and running from end to end of the pitch in her midfield role along with her team mate Ciara Allen. Up front Sophie Bryce Smyth and Lucy Gilbert worked tirelessly to snatch the ball from the Gerards defence creating many chances which led to our 3 goals.

The U13 Bs had a super game, winning 4-2 to a good St. Gerard’s side last Saturday. The girls put in maximum effort until the very end, managing to come away with a draw with four goals.

The U13C team had a very exciting and close match against St Gerard's. Elin Vickers in goal again made several fantastic saves throughout the game. Emma O'Donnell and Annalisa Walsh both stood out in midfield as they were a constant threat to the Gerards defenders and linked cleverly with the Wesley forwards to create some goal scoring opportunities. Despite two goals from the Wesley girls we lost 3 - 2 to St. Gerard's but played some very good hockey and the team is making great progress.

The U13 Ds started quite slowly and couldn’t get the ball out of the back. St. Gerard’s were a much stronger side. They had a good team talk at half time resulting in a much improved second half. The second half was a better performance, and we managed to score two goals, finishing up 2-5.

The Senior 1s put in a good performance against Temple Carrig School on Friday in a friendly, winning 19-11 in the end. The tries from Wesley were scored by Ryan Jones (1) and Liam O'Neill (2) with two conversions coming from Jonathan Cazzini.