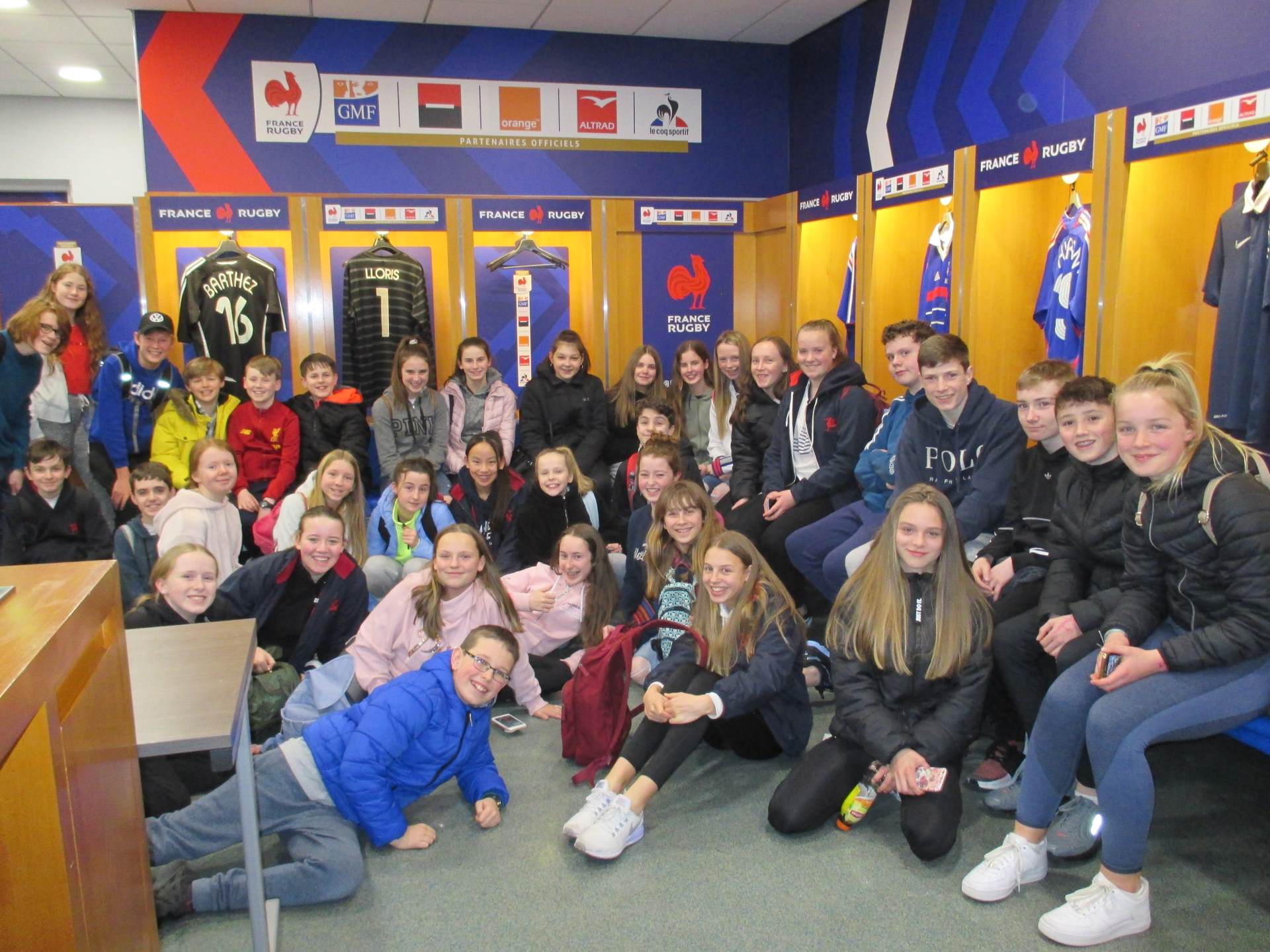 First Year pupils of French, Spanish and German enjoyed action-packed trips to Paris, Salamanca and Berlin before the mid-term break, providing them with an immersive experience in their target language.

French students accompanied by Mr O’Brien, Ms Jackson and Ms O’ Regan enjoyed a busy stay in Paris. The group took a boat trip on the river Seine, attended language classes in the Accord Language School, visited Le Stade de France, had a guided coach tour of Paris, enjoyed the panoramic views of Paris from both the Arc de Triomphe and the Montparnasse Tower and spent the last day in Disneyland Paris.

Their German counterparts also visited the iconic sights of historical Berlin, from Checkpoint Charlie to Germany's tallest building, the TV Tower and were treated to some spectacular views from the dome of the Reichstag. They also gained great insight into the former East Germany at the DDR museum and finished another great day with fierce competition bowling in Alexanderplatz.

Not to be outdone, the pupils who remained in Dublin had a hectic two days beginning with a journey around the city centre on foot. They had a very informative walking tour of St Stephen's Green and the original site of the College, alongside a visit to the National Museum and Gallery in Merrion Square. The second day saw them scaling the climbing walls in Explorium, Sandyford and experiencing their lightening displays and science exhibits.