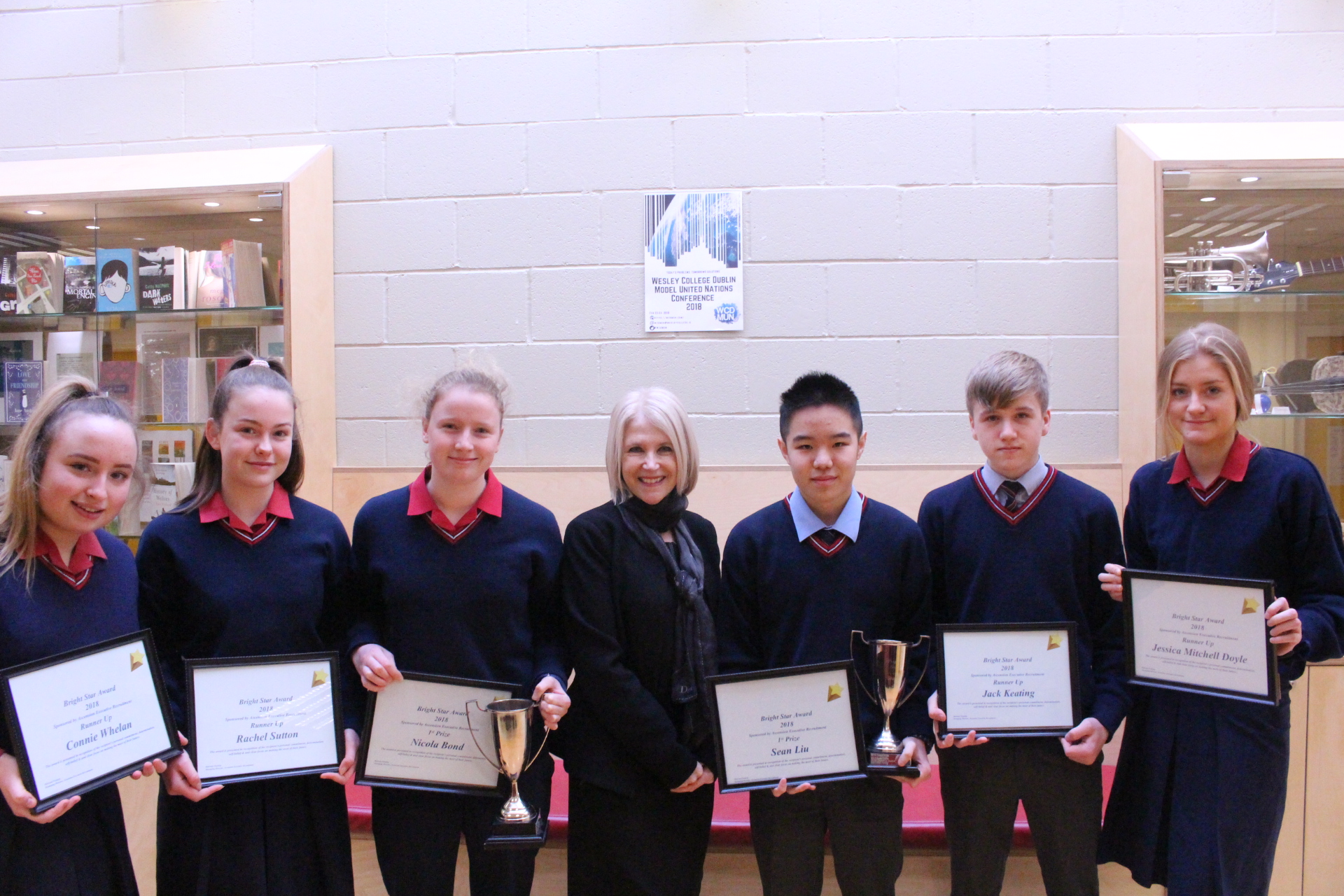 Well done to Nicola Bond and Sean Liu who were presented with Bright Stars Awards on the basis of their Transition Year Mock Interviews. Jessica Mitchell Doyle, Rachel Sutton, Jack Keating and Connie Whelan were runners-up.

Last September, Ms Mairead Fleming from Ascension Recruitment (and “The Apprentice”) gave a presentation on compiling a CV, and interview technique. Students drew up and submitted their CV and each received an individual written memo with suggestions for improvement.  They each then applied for the job or course of their choice.

Students were interviewed last November by one of a team of ten interviewers from various industries. Each candidate received comprehensive written and verbal feedback. Twenty-two impressive students were short-listed and re-interviewed by Ms. Fleming. The winners were recently presented with a certificate by Ms. Fleming. In addition, a trophy, a Bright Star Award was presented to the two most outstanding students as ‘someone to watch in the future’.