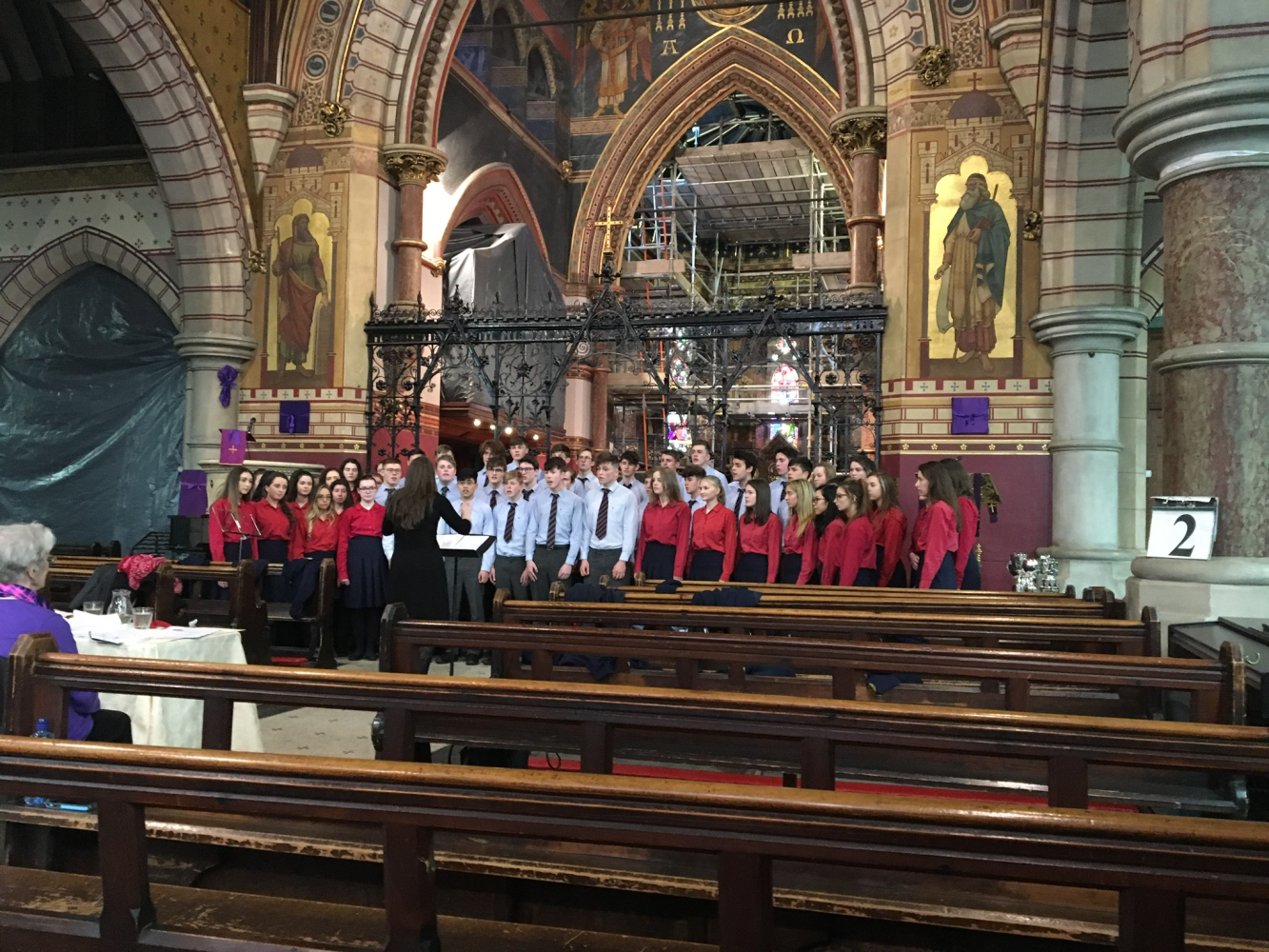 In the stunning surrounds of St Bartholemew's Church, Clyde Road, a rich and lively acoustic served to enhance the already wonderful blend and tone of the Cór Sinsearach Choláiste Wesley singing two contrasting, unaccompanied songs as Gaeilge in this year’s Cóir Iarbhunscoile Competition.

The cavernous RDS Concert Hall was Senior Choir’s second venue of the day where all of the heavyweights of school choral singing were ready to present their chosen open repertoire programmes.

All of the day’s winners returned to the RDS Concert Hall for the Grand Final and as winners of two cups, Senior Choir elected to represent the Alice Yoakley Competition. For the second time that day, they were first to perform to a packed RDS Concert Hall and at the end of a wonderful evening they were awarded the 2017 Folens Publishers Award for Best Secondary School choir, continuing their unbeaten 12-month run of competitive success.