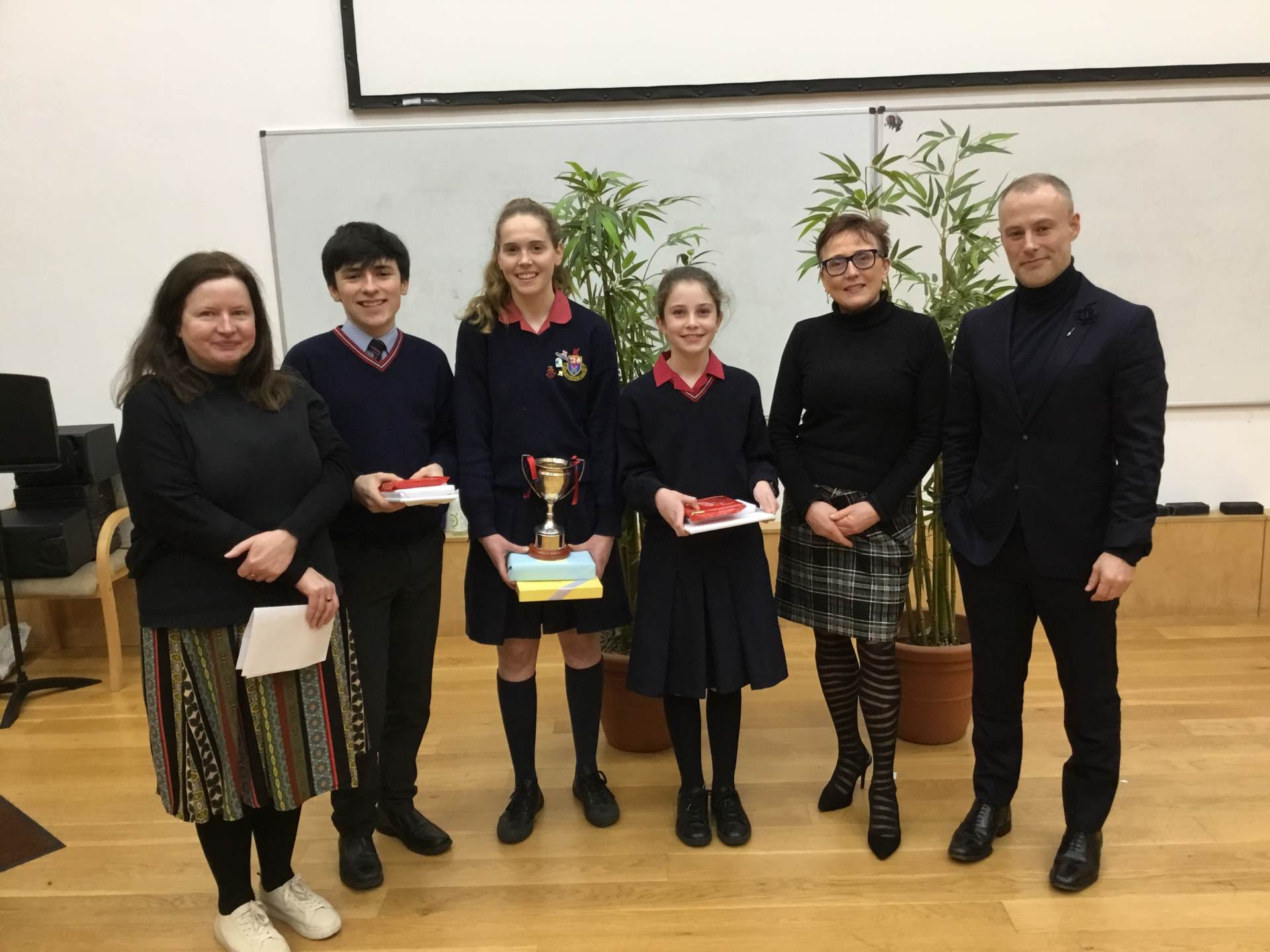 Well done to all the participants in the Wesley Poetry Aloud Final on January 9th. An intense and competitive evening was eventually decided in favour of Amber Caunter (Prep) in the Junior Category, Walter McCabe (Third year) in the Intermediate Category and Holly Micklem (Sixth Year) in the Senior. Holly was also the overall winner for 2019/20. We were delighted to be joined by a very experienced and perceptive panel of adjudicators. Wesley's own Mr Alan Walsh was joined by Ms Moira Leydon, Assistant General Secretary of the ASTI and Ms Brid O'Sullivan of The National Library of Ireland. Guests, supporters, adjudicators and competitors alike had a very memorable and rewarding evening.