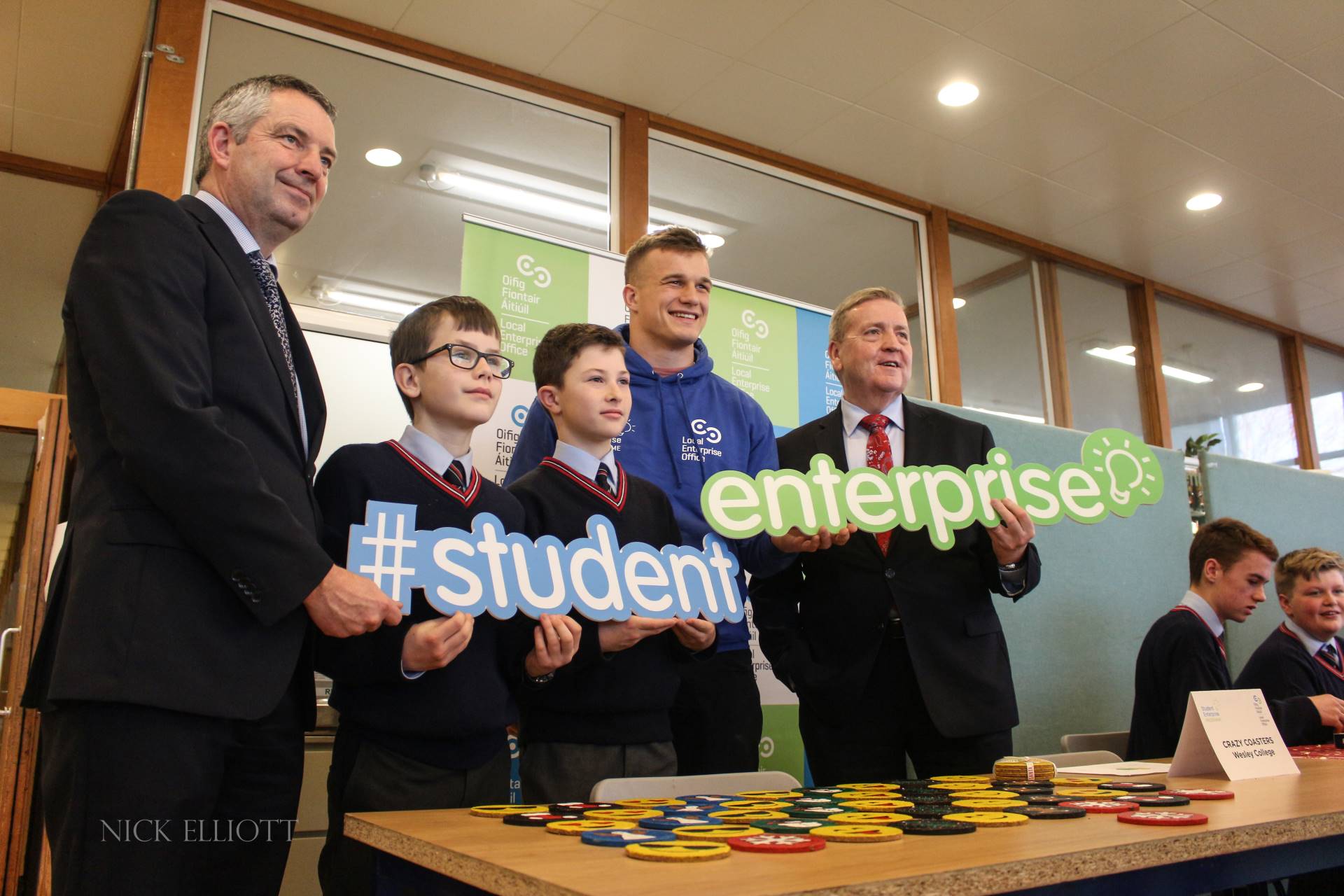 The College proudly welcomed past pupil and new Student Enterprise Ambassador, Josh van der Flier, to the official launch of the Local Enterprise programme with Minister Pat Breen. Twenty-six thousand students from 500 schools took part in Ireland's second level enterprise competition last year and Josh himself participated during his time in Wesley. The launch on Wednesday was followed by the school's own Student Enterprise Market Day on Thursday when pupils showed off their new businesses and entrepreneurial skills. Some of those competing were on hand to discuss and display their products for Minister Breen. During his visit, Josh also took the time to meet many of the star struck pupils who wanted a picture with the Leinster and Ireland player and he also managed to fit in a quick look at our new sports facilities.