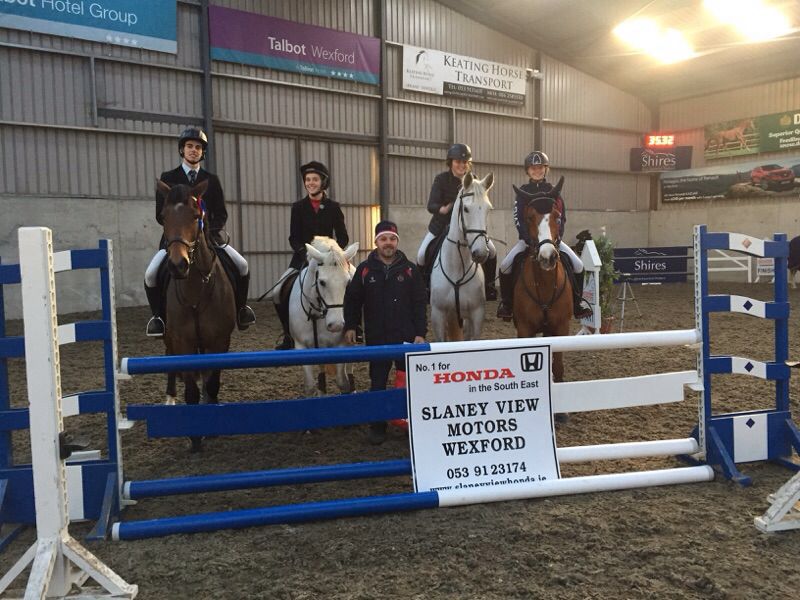 Over the years our students have represented the College at successfully at interschools hunter trials, eventing, polocrosse and showjumping. Our most notable past pupil, Captain David Foster, went on to represent Ireland in the Los Angeles, Seoul and Atlanta Olympics in Three-Day Eventing.

Currently, the two main equestrian sports in Wesley College are polocrosse and showjumping.

Students travel to Carrickmines Riding Centre once a week after class where polo ponies, equipment and training is provided for these polocrosse enthusiasts. This sport allows students to enjoy the benefits of a team sport whilst improving their horsemanship skills.

Showjumping teams have long represented the College at the annual All-Ireland Interschools finals.  Students who have their own horses have the opportunity to compete every weekend on teams, and/or as individuals, in the Interschools Showjumping League which runs from September until April.  The Wesley showjumping squad is a small but dedicated group of riders. In 2016, they have had numerous successes including taking the winning and runner-up positions at the Gorey Community Inter-schools in Barnadown Equestrian Centre. They went on to miss out on winning the 2016 league by the smallest of margins.

Any students who are interested in getting involved in equestrian should get in touch with Mr Garland.