After a two-year sabbatical, the Staff vs Sixth Year Gaelic match returned yesterday afternoon. Mr. Murphy's men were clearly the better side, dominating possession, and playing the best football seen in Dublin since Jim Gavin left. The result never matters on a day like yesterday, but, the Sixth Years won. 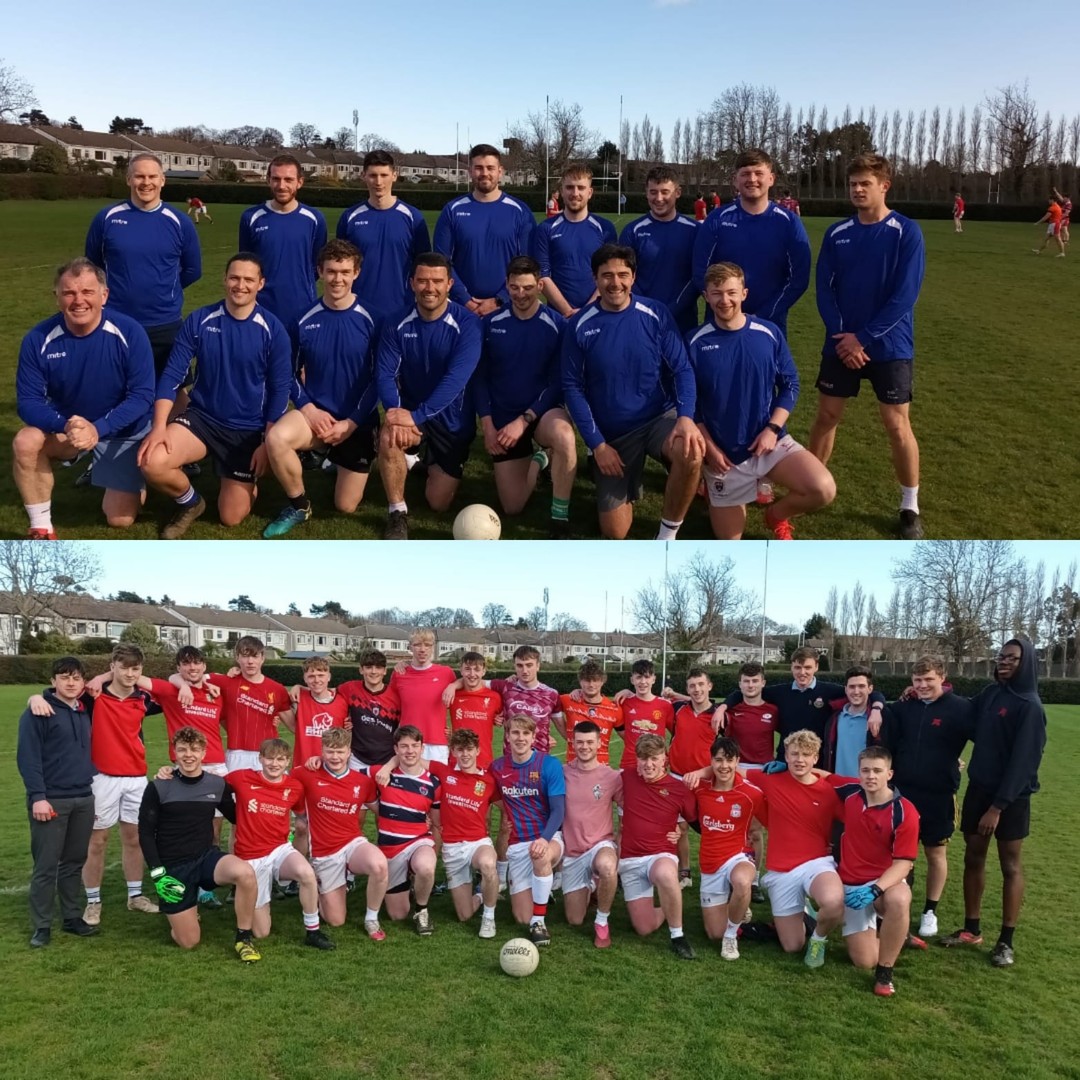 A huge congratulations to the Senior 1 Boys who played the Semi-Final of the Herbie Sharman Plate against Friends’ School, Co. Antrim last Wednesday. Winning 2-1.

They then went on to play St. Andrew’s College once again later that afternoon and managed to secure a win in the final after a very competitive game leading to 1v1s, meaning they have won the Cup, League, and Herbie Sharman Plate this year.

An excellent way to finish the season, the boys should be so proud. 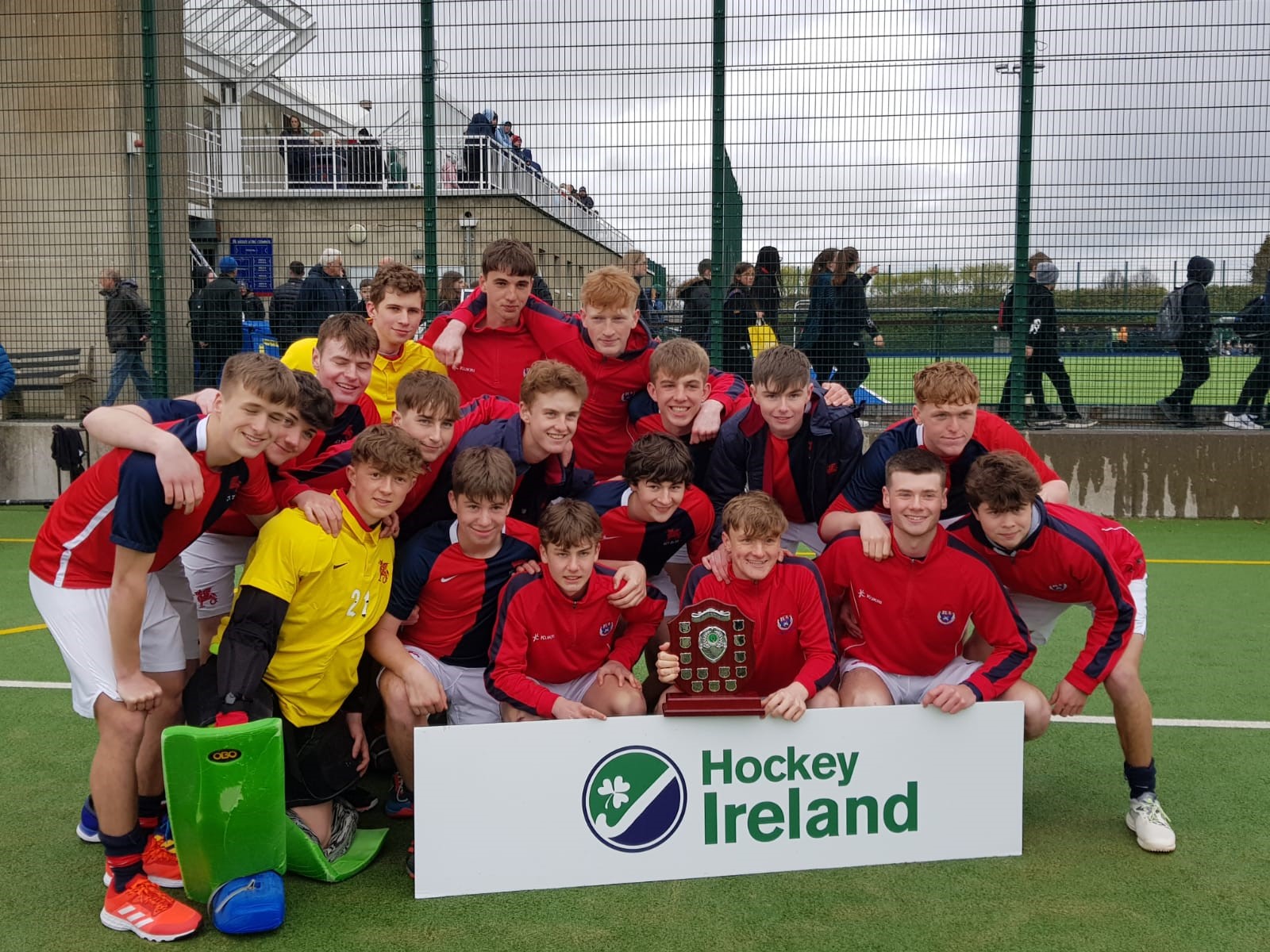 In an exciting turn of events, the U13 C and D Boys hockey teams ended up playing each other in their Leinster League Final. A massive achievement for both squads. The Cs ended up taking the win, with an overall score of 3-0. Both teams should be very proud of their performances. Check out the photos below.

Good luck to Mikayla Power who is in the Irish U-21 squad who are currently in South Africa for the Junior World Cup. They play England on 2nd of April in their opening game followed by South Africa on the 4th of April.

Good luck to Milla Fulton who is representing Leinster U-16s in the final of the Interpro's this weekend against Ulster.

Good luck to Tanya Plunkett and Emma Montgomery who are representing South Leinster and Leinster respectively at U-18s where they meet each other in the 3rd/4th play-off.

Commiserations to the U13 Bs who lost out in their league final against Loreto Dalkey last Saturday. The final score was 2-1, and it was a game that could have gone either way. A huge achievement to get to a Leinster League Final, the girls should be so proud.

U13 B Girls vs Loreto Dalkey 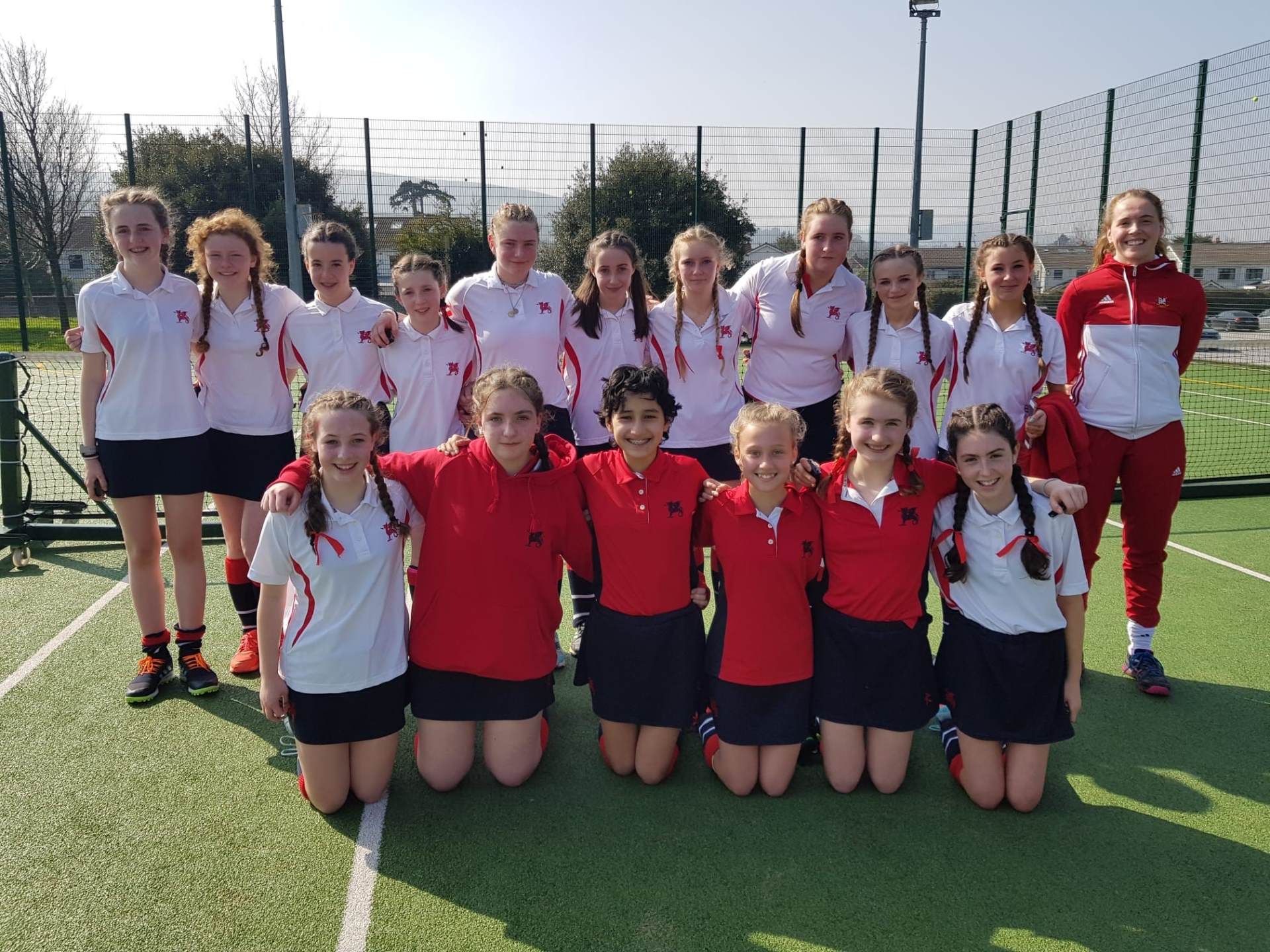 Friday and Saturday brought a new challenge for the u15 boys as they travelled to Terenure College for a rugby blitz. The tournament included teams such as Blackrock, St Michaels, Clongowes, Belvedere and many other top schools. The team were drawn in a group with Presentation College Cork and Clongowes. The first game against Pres finished 24-14 with Wesley struggling to get out of the blocks early going 19-0 down before fighting back to 19-14 which looked like it may turn into a full-blown comeback win for Wesley before Pres broke away for a last-minute try. The second fixture of the afternoon was Clongowes which was a much closer affair, finishing 7-5. Wesley were 5-0 up the whole game before Clongowes again broke away in the last play of the game to win 7-5. Two close results which didn’t go the way of Wesley on the day.

Saturday the team were put into the plate competition, playing Roscrea in the semi-final. Wesley went 14-0 up in this game before fatigue set in, Roscrea fought back and the game went to penalty kicks, Wesley losing out 3-2. Another hard-fought game with the result just going the other way. A fantastic experience for the team over the two days and a great way to finish off a super season for this group.

The JCT enjoyed a wonderful weekend of the sun in West Cork this weekend.

Leaving on Friday evening, the team enjoyed activities such as cinema, swimming as well as a game against Bantry Bay RFC.

The game was physical and hard-fought but Wesley powered through with tries coming from Sam McMullin, Charlie Hempenstall, David Gilmore, and Jack Duffy as the scoreline finished 47-12. A massive thank you to Bantry Bay RFC who were incredible hosts.

The team then continued their tour with more activities with zip lining as well as an assault course before returning home on Sunday afternoon.

A massive thanks to the players from the coaches for their behaviour on the tour as well as their efforts throughout the whole year, as they finish a memorable and successful Junior Cup season. We wish them all the best as they move up to play with the Senior Cup Team next year!

Commiserations to the Senior Girls Rugby Team after a difficult day against Gorey CS in their final yesterday in Donnybrook. Gorey were too strong for us on the day. Well done to our girls for never giving up and fighting till the end! The team has had a fantastic season and should be very proud of their achievement in qualifying for both the X7s Leinster Final and the inaugural Leinster Cup Final. It must be noted that Wesley College were the only school in Leinster to have both a Junior and Senior Team qualify to both finals mentioned. 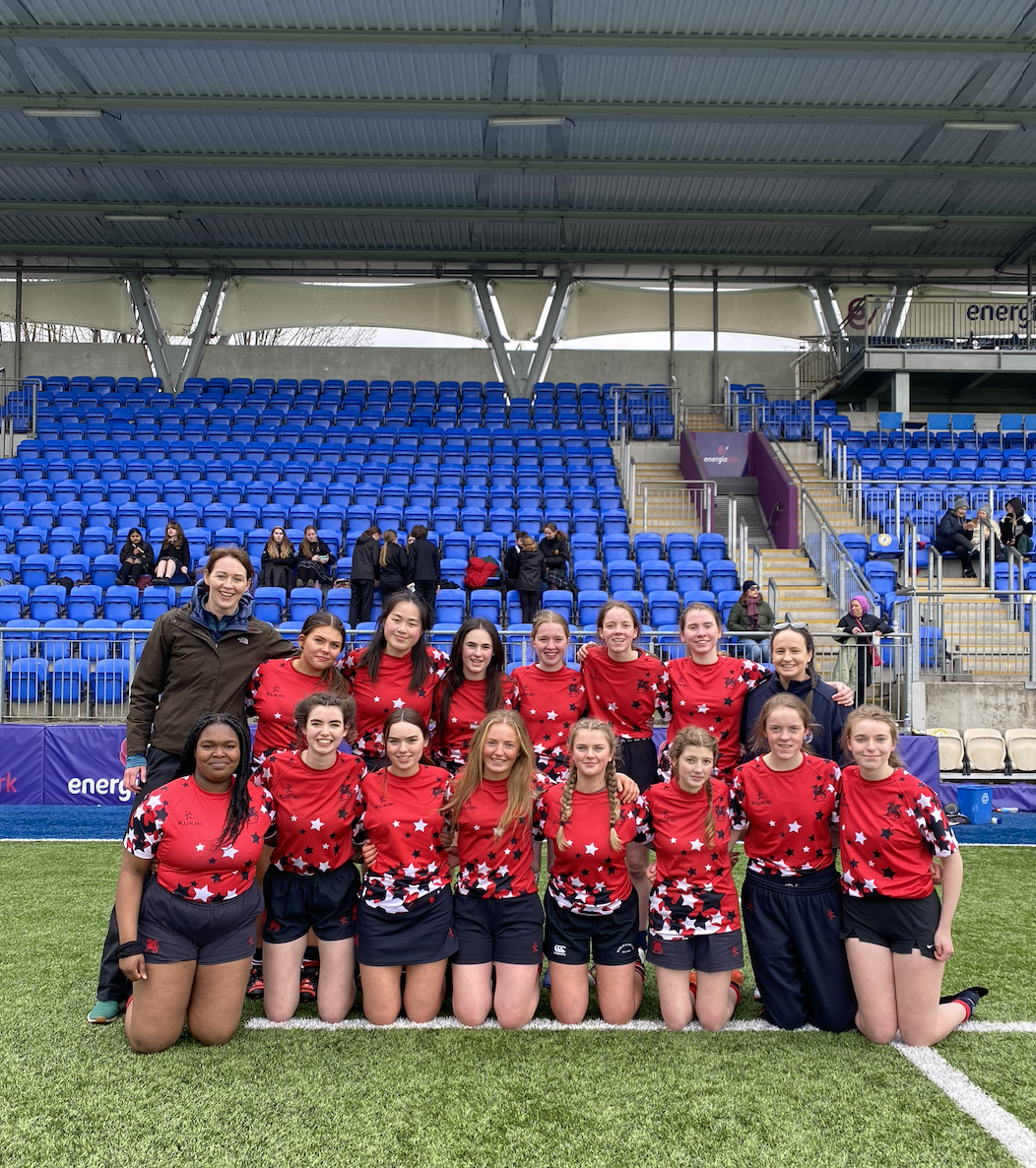 Commiserations to the Junior Girls Rugby Team who lost to High School and Gorey CS in their final yesterday in Donnybrook. They have had an absolutely superb season, growing together as a team and going from strength to strength. They should be very proud of their achievement in qualifying for both the X7s Leinster Final and the inaugural Leinster Cup Final. Their fantastic cheer section also deserves a mention, thank you to everyone who came down to support the girls! Check out the photos below. 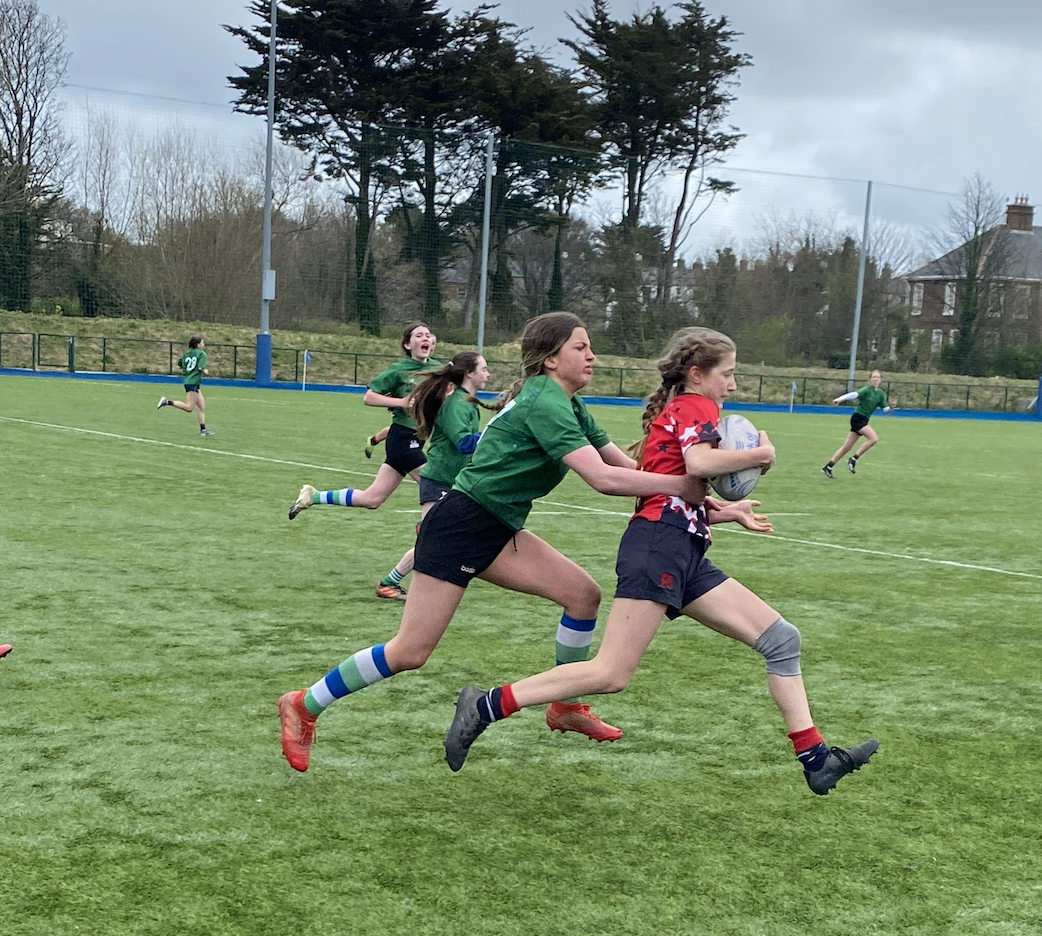