Congratulations to the 11 players from Wesley who represented Ireland in Lillieshall, where they played a number of matches against England. 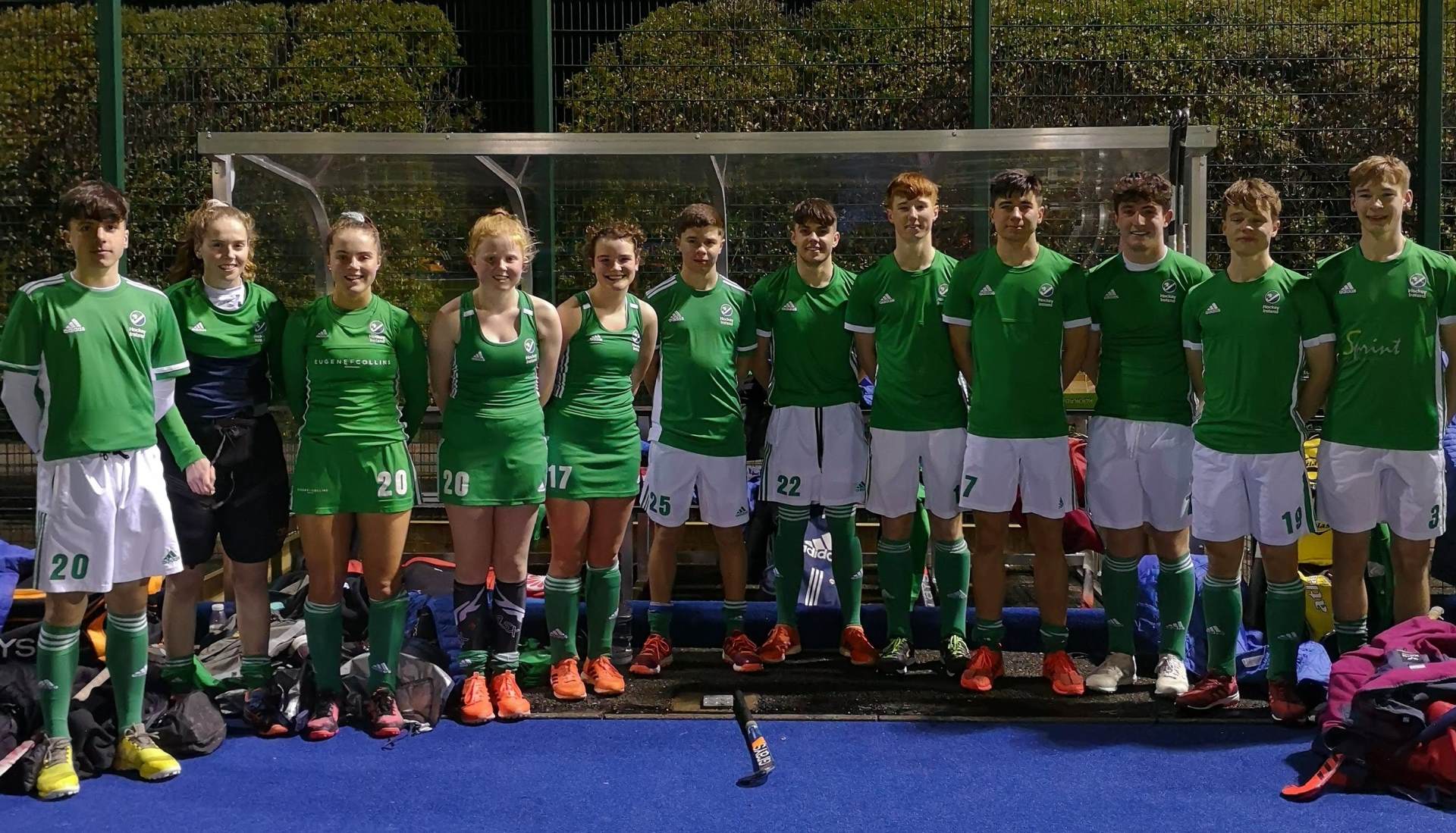 Two exciting and very entertaining games, which the past pupils dominating throughout, were followed by a reception in the Pavillon. The evening also saw the launch of the International Hockey Patrons, in order to help the current internationals, meet the sum of funding that they need to take part at that level. 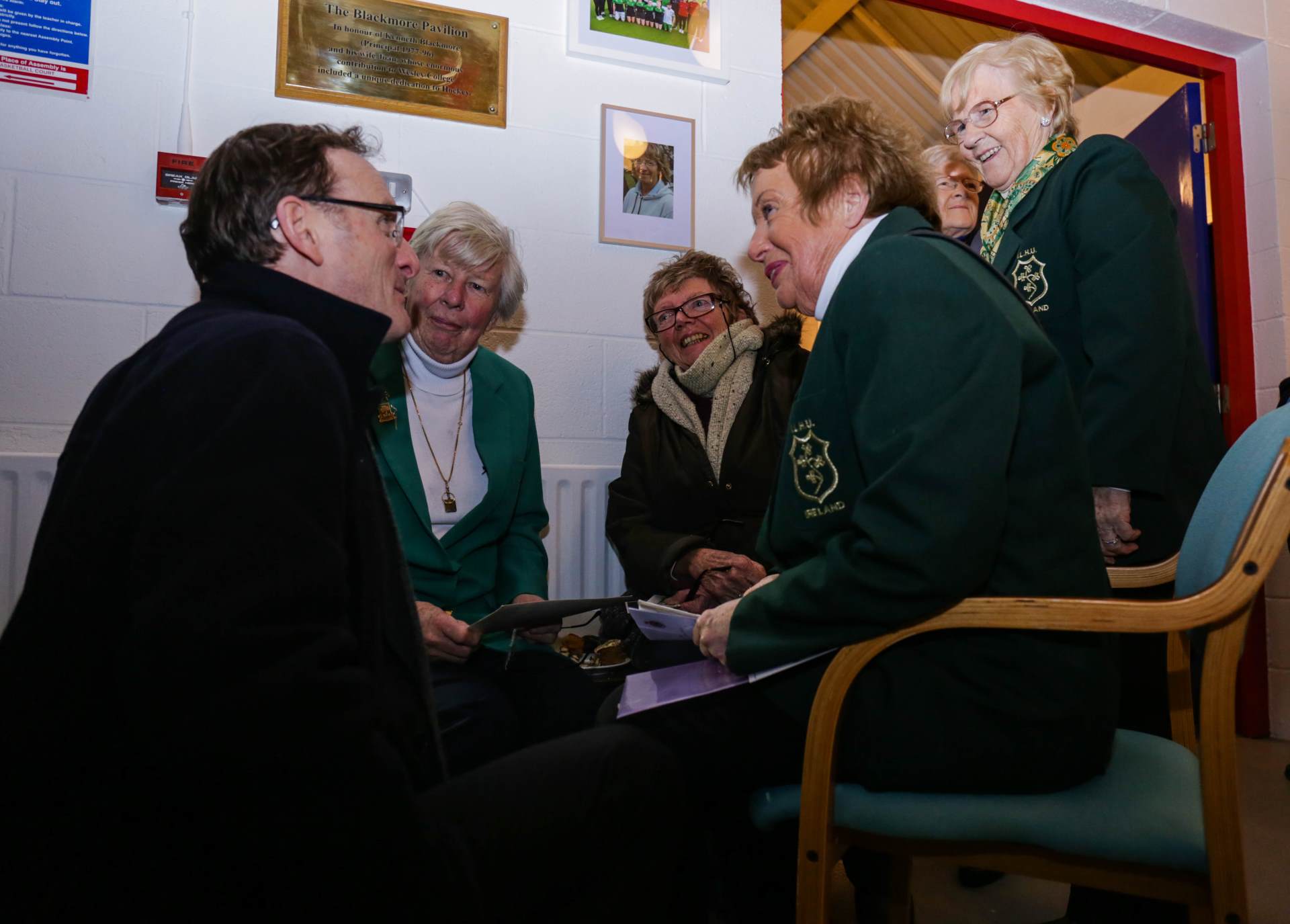 The Minor Bs lost 1-0 to Foxrock on Wednesday. Despite the oppositions goal, the girls dominated the second half. They scored some good 1-1s at the end.

The Senior 4s had a very exciting game against St Marys Naas, the final score 2-3. Emma Byrne and Jane Robertson working tirelessly in midfield and Ruby Meira very solid at the back. Despite the loss, the girls played well.

The First year A1s and B1s played some great hockey against Muckross, both teams winning their league games. The A1s beat Muckross B team 1-0.  Juno Dockery scored from a pass from Bel Collins. The girls did not have their best performance today but survived the storm and scored the all-important goal. Aisling Dolan made several saves in the game. 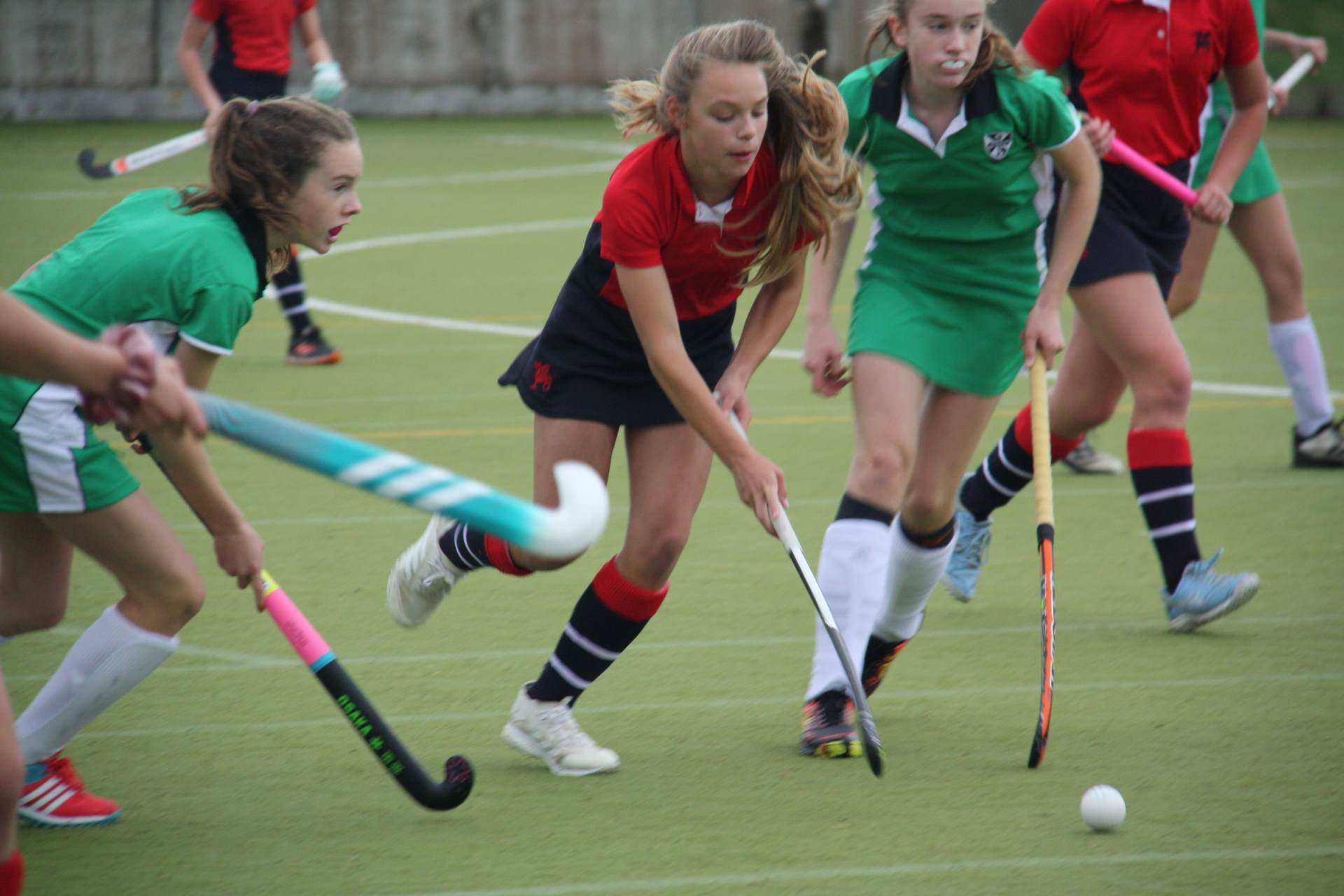 The 1st Year B1 team won 3-2. We scored early enough in the first half, Laura Scott finishing well in the circle. Sloppy marking cost us a goal before half time. After half time we started the stronger team resulting in a free on our left side line in our defensive half.  Tori Whelehan took the ball running into space ahead of her and just before the circle she gave a lovely pass into Kirsten Cox who put the ball into the back of the net. Mia Fromholz then completed the scoring for Wesley. Muckross for one back towards the end. Blaithin in goals had a game also too Mia Keane and Laura Scott. 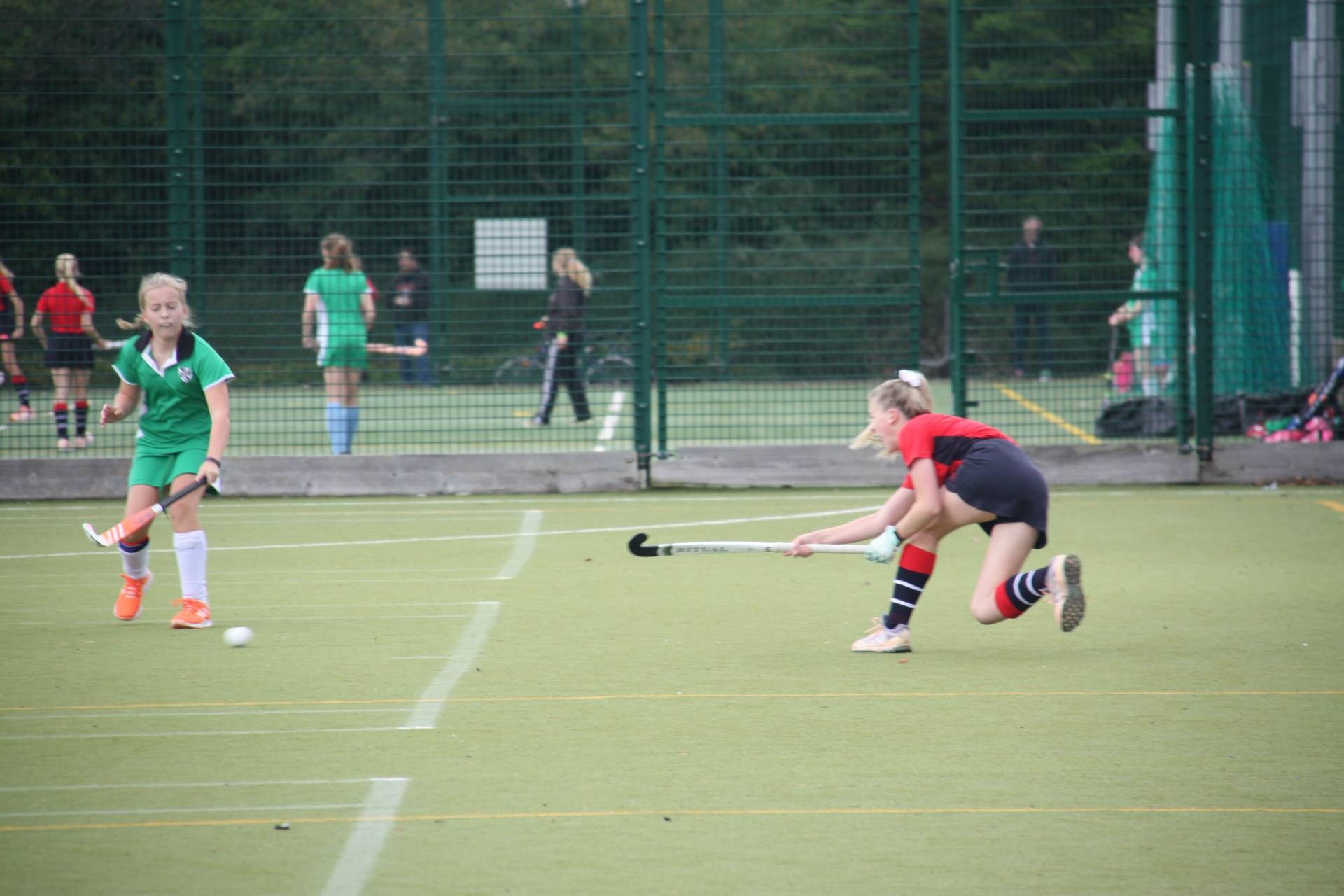 The Junior As beat Teresians 6-2 in league the semi-final on Saturday. It was a much closer game than the score suggests. We had a great start to the first half, and started at real high intensity, scoring three before half time. Teresians came back in the second half putting us under continuous pressure, the score was 4-2 with five minutes to go, and the opposition gaining a number of PCs, which they scored off 2. Hannah was making some super saves to keep the score line down. Teresians took off their keeper and we scored another 2. Good luck to the girls in their final next week.

The Junior B girls lost 5-0 in the league semi-final against Muckross. We went 4-0 down by half time. The opposition were more aggressive than us in all areas of the pitch, but credit to the girls, they kept going until the final whistle.

The Minor Bs beat Mount Anville 1-0. The score line made it look close but our keeper never touched the ball. The girls played very well, with a great work rate and enthusiasm. Millie Nolan score with seven minutes to go, playing advantage from a free inside the circle. Jamie Doyle was player of the match, acting as the 5th defender. The girls saw out the game very well and are delighted to be in the final next week. 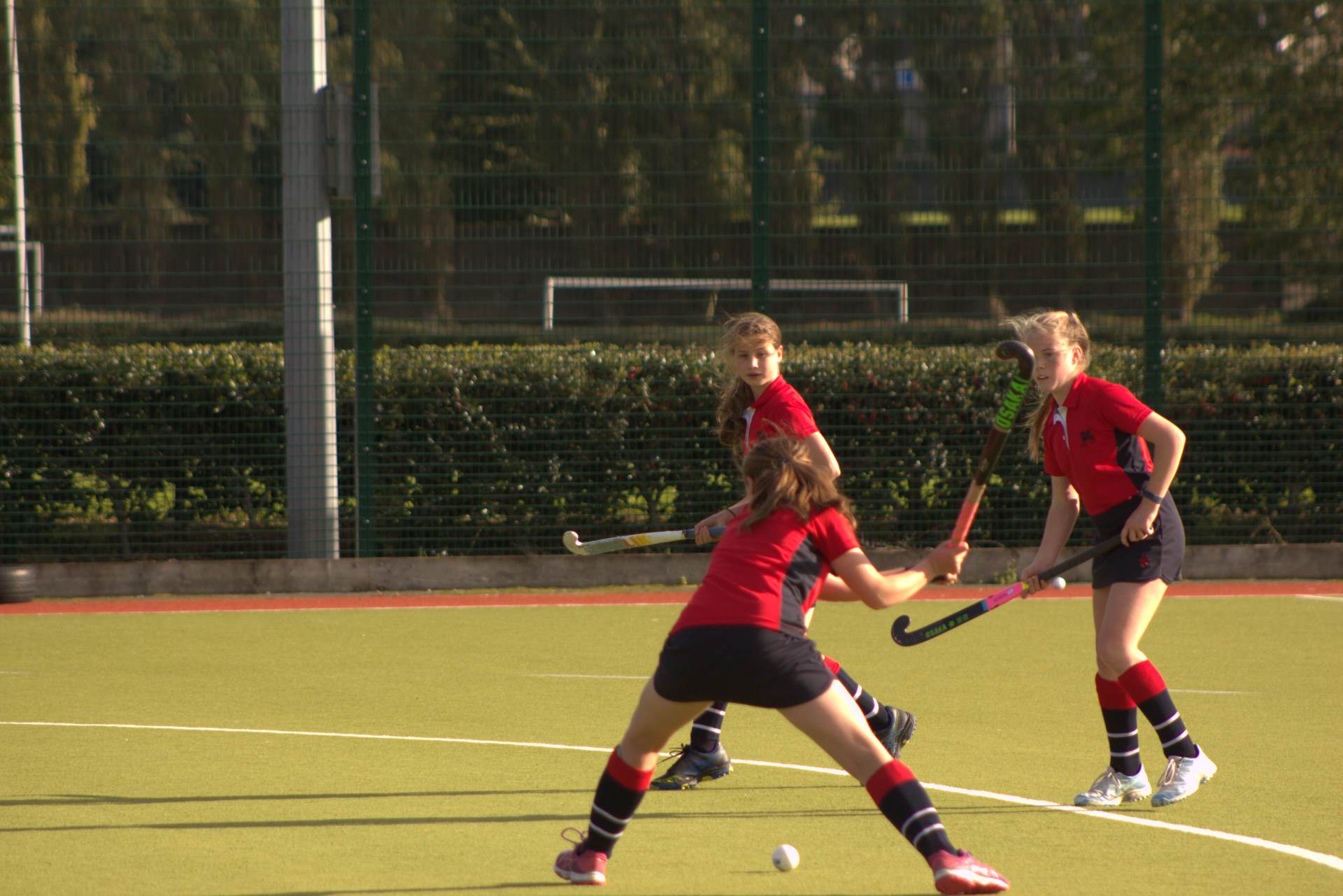 The First year A1s won 6-0 against Loreto Dalkey A2s. Wesley started well with two goals in the first five minutes. Some good play saw us extend the lead over the course of the game.

The A2s won 2-1 against Loreto Dalkey in a tight game. All the girls played very well. Well done to Laura Scott who scored with only a minute to go and great performances from Mia McGovern and Melissa Boland. Charlotte Townsend was voted player of the match.

The B1s won 1-0 in a tight game against Dalkey with the whole team playing some good defensive hockey until the final whistle.

The B2s won 3-1 against Dalkey, Kirsten Cox with 2 goals and Grace Murphy with the other. Good play over all with Alison awarded player of the match.

The C1s had a good 5-0 win against Dalkey, the team played well together, passing well throughout the field, controlling the game.

The C2s had an interesting game against Dalkey winning 7-1, Sadhbh with 4 goals and Amy with 3. Thank you to Saorla and Anju who played for Dalkey as they were a few players down. Overall and enjoyable game for them with some great team play.

A massive congratulations to the Junior Cup Team who reached the final of the Father Godfrey Plate after a 24-19 win over St Mary's Diocesan School Drogheda. Out-half Jonny Cazzini contributed nine points to the overall score with one try and two conversions alongside additional scores from Milo Campbell, Cian Mitchell-Doyle and James Cassidy. 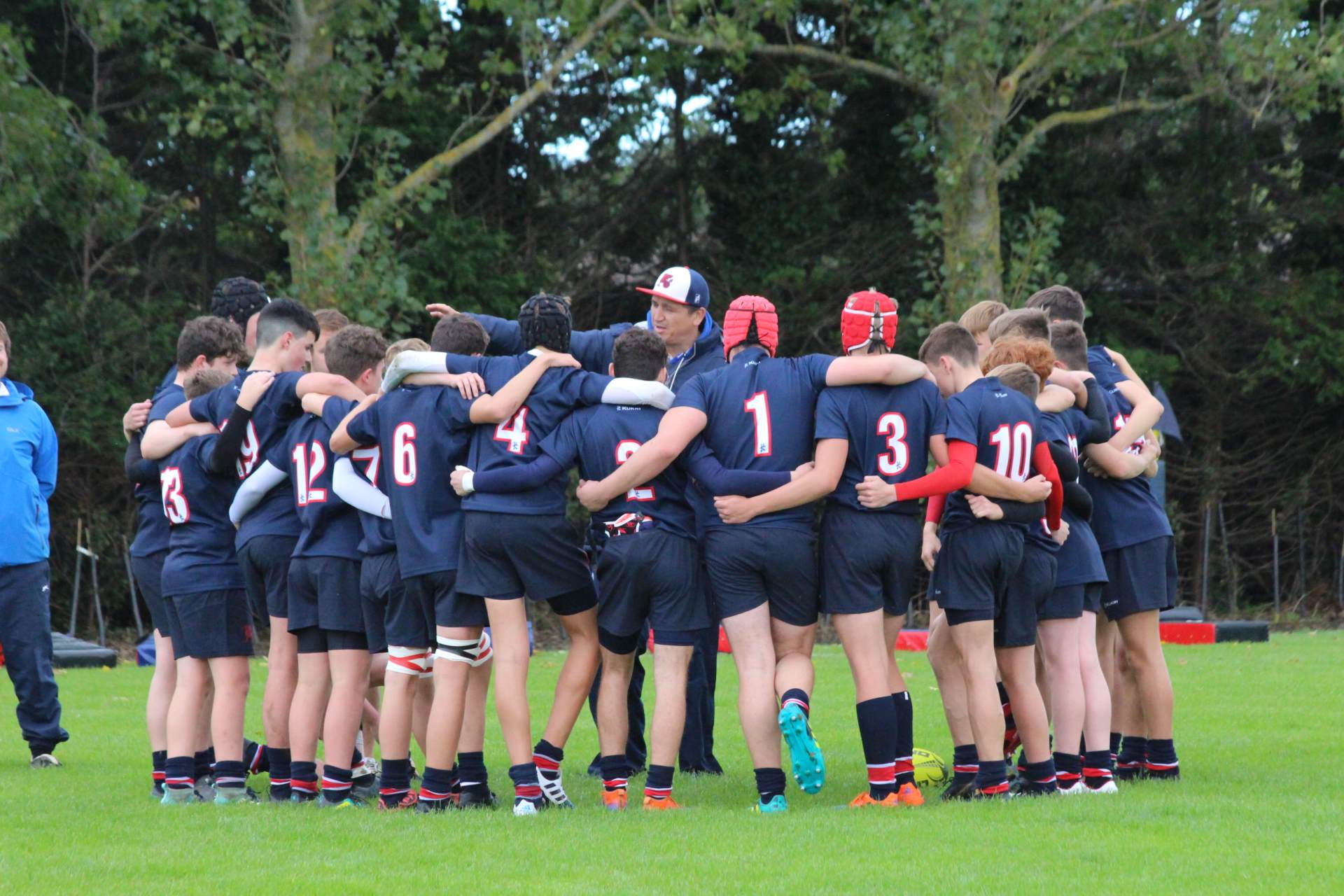 Hard luck to the U15 A & B XV's who both had defeats at home to St Andrew's College on Wednesday afternoon. The squad will now commence their preparations for the RBAI tournament next Saturday at Osbourne Park in Belfast.

The U14 A XV won a triangular tournament with comfortable victories over St Fintan's School and Templecarrig. The side won 38-0 against Templecarrig with three scores from David Gilmore and one a piece for Sam McMullin, Freddie Turley and Christopher MacLaughlann-Hickey. Charlie Hempenstall added four conversions from the tee. The team then won 47-5 against St Fintan's School. David Gilmore added another three scores to his tally alongside scores from Sam McMullin, Freddie Turley, Charlie Hempenstall and Christopher MacLaughlann-Hickey. Charlie Hempenstall kicked six out of his seven conversions in this match.

The U14 B XV also played in a triangular tournament at home against King's Hospital A's and Templecarrig. The team drew 12-12 against King's Hospital in an enthralling encounter. Number eight Daniel McConnell got both of the Wesley scores in this match with Christian Ryan converting one of them. In their second match, the side won well against Templecarrig. Well done to Sam Ryan who scored twice alongside additional scores from Nathan O'Hanlon, Marco Alonzi, Jose Saturnino, Louie Agar, Daniel McConnell, Danny MacLaughlann-Hickey, Christian Ryan and Jack Lucy. Christian Ryan added an additional twelve points to his tally with six conversions, while Jose Saturnino added two more points from the tee. 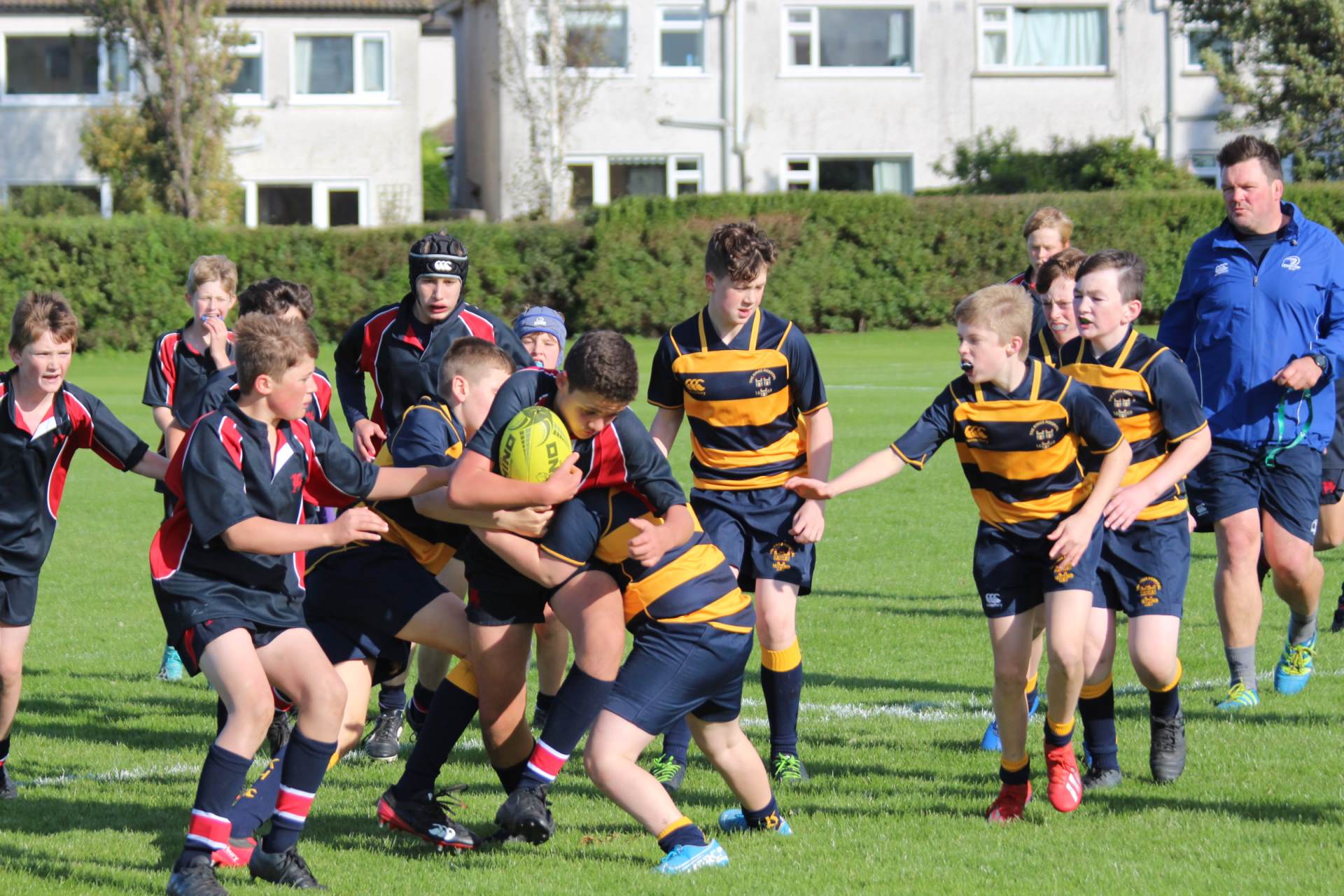 The U14 As lost 2-0 to Midleton College. The opposition had some very strong players across the middle of the park and we found it hard to create space for a goal. Everyone got a good run and so loads to work on. The Junior As also lost to Midleton, 5-1.

The Junior As won their quarter final on Friday 5-3 against the Kings Hospital. Well worked goals and a dominant first half saw us take a 5-0 lead at half time. The opposition came back fighting in the second half to see a much tighter finish to the game.

Congratulations to the U13 As who beat Newpark in their semi-final 5-0. The best performance from the team to date, with unselfish play leading to some well worked team goals. An impressive game throughout and we look forward to the final next week. 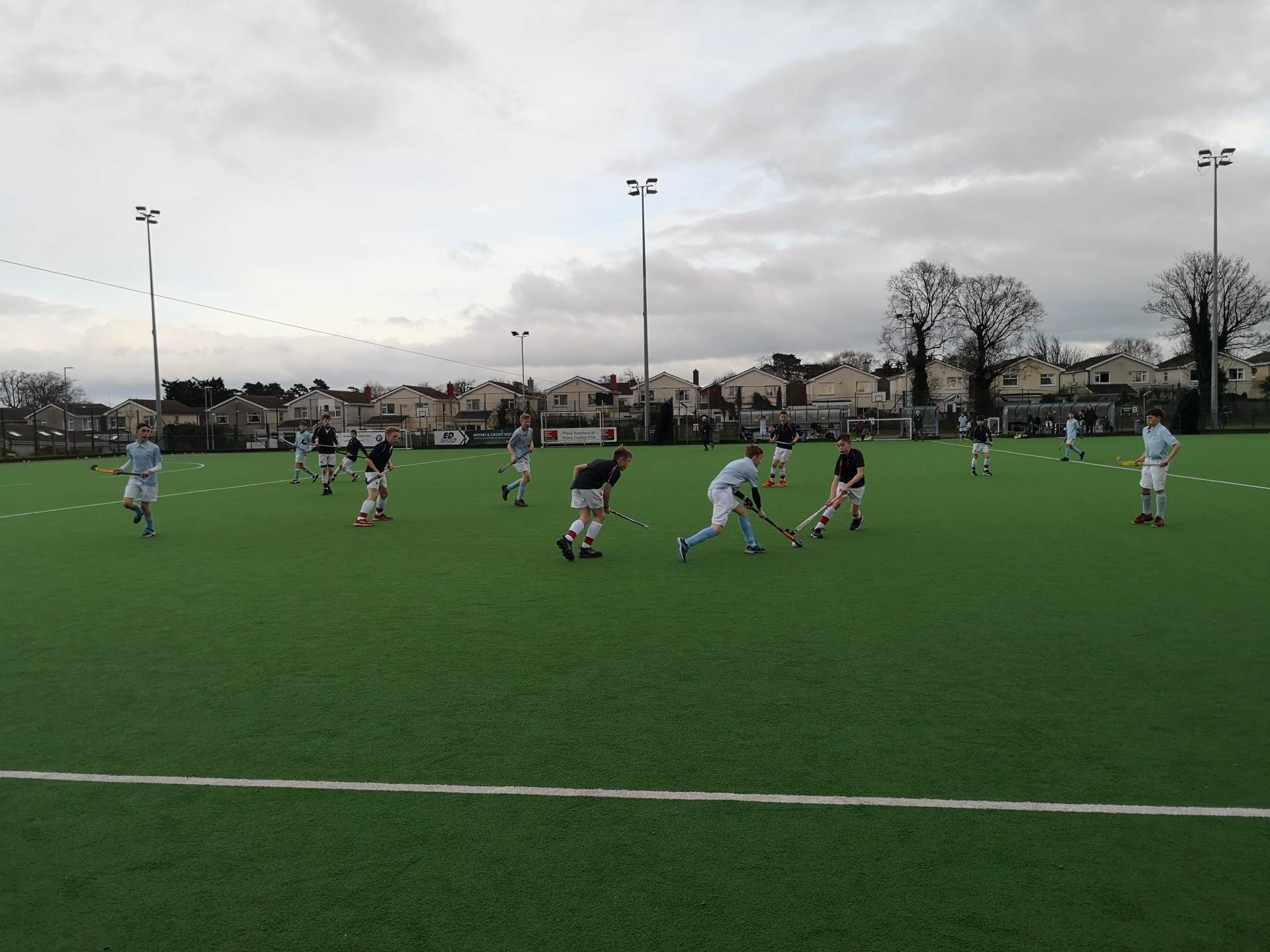