This week the Wesley U14 A Boys badminton team faced off against St. Fintan’s, St. Colmcille’s and Sutton Park in their first inter-school blitz. Wesley accrued both wins and losses. It was well fought by all! Check out the photos below.

U14 A Boys Badminton Blitz 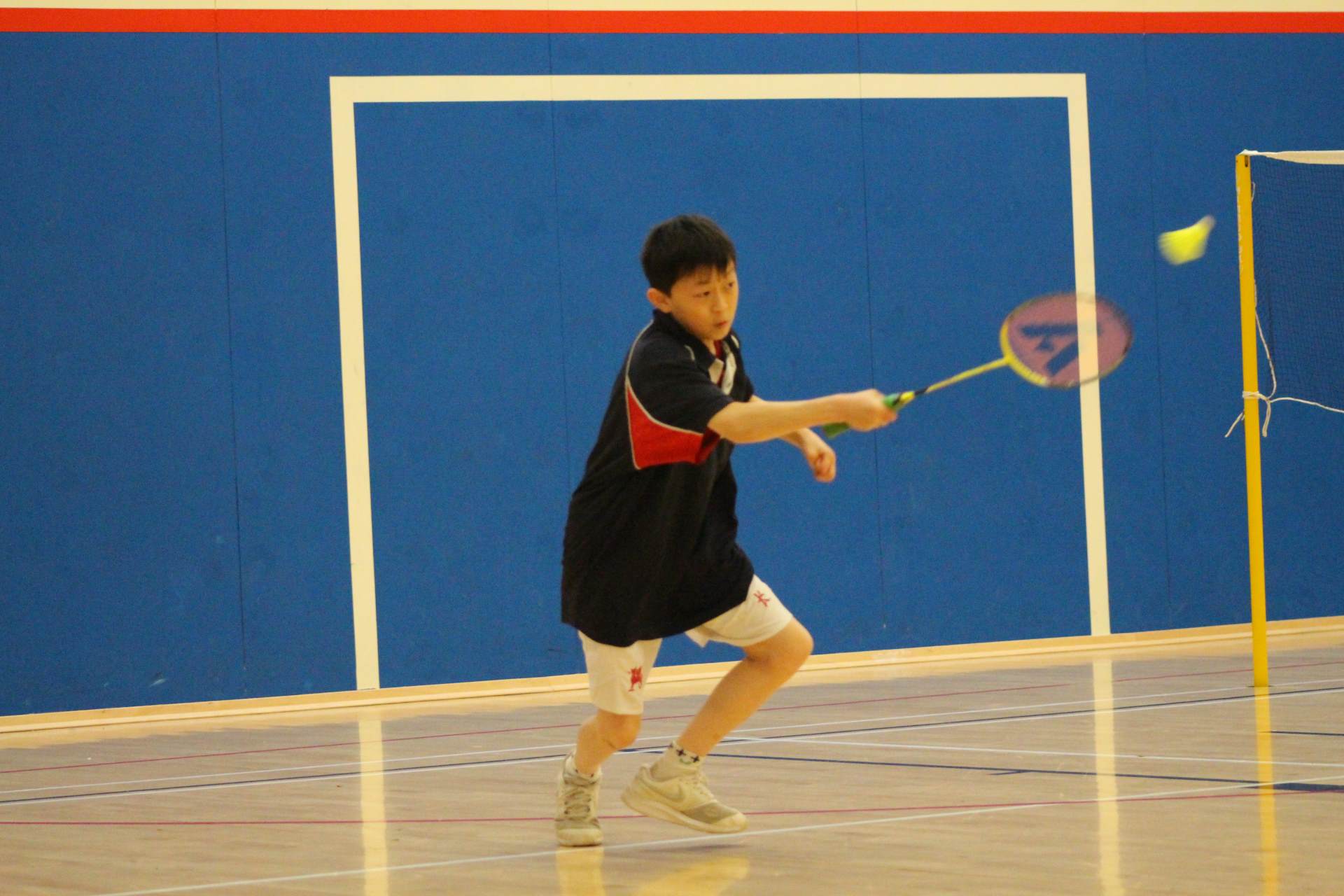 The Senior 2 boys had a disappointing outing vs Sutton Park in the league. Sutton controlled the game for long periods creating loads of chances and loads of short corners too. We were very lucky to go into half time at 2-2 thanks to two great close-range finishes from Micah Switzer and an impressive performance from Harvey Burgess in goals. Sutton scored two goals early in the second half and were happy enough to defend their lead from there. A number of Wesley short corners were the only real chances from there and the game finished 4-2. The team still has plenty to play for with their final league match vs Kilkenny and a trophy Semi-Final upcoming!

The U13A boys went to St. Columba’s College to play a Cup match. St. Columba’s College started with a spring in their step and following a number of attacking moves were rewarded with the first goal of the match in the first 10 minutes. The Wesley boys applied more pressure in the next 15 minutes resulting in 3 great team goals. Two goals from play finished by Ollie Gaynor and Jonah Nathan and 1 beautifully struck short corner by Conor Fox.

St. Columba’s College continued to play with confidence resulting in many more attacking threats and one that almost went in for them, but Dylan Poyntan marshalled his goal and defence well. In the final 10 minutes Jonah Nathan and Simon Montgomery both finished again 2 more great team goals. The boys showed lots of patience today and plenty of passing the ball around into space to find the gaps. A good win and also a good performance by St. Columba’s College.

The Junior B boys started the game off brightly with a period of sustained possession. After the bright start the game began to become end to end with neither side holding possession. We created a few chances but were unable to take them. St Andrews were able to find the lead with a swift counterattack goal. The back-and-forth nature of the game continued into the second half. The last 5 - 10 minutes we were able to create sustained pressure on the opposition, with the game largely being played in their half and 25. We were unable to find the equaliser. James Coffey had a good game in goals, he kept us in the game.

An entertaining match ended 1 all. Wesley played a good 1st half but failed to score...Good defence from Conor Healey and Nathan Skelton ensured we played well. In the 2nd half we scored through a rebound from Cian Lee. We relaxed our efforts and were saved several times by Alex Bainton in goal...Wilson Hospital finally got an equaliser...and the game finished 1-1

Congratulations to the U14 A Boys who won their match 5-0 against St. Columba’s College, Dublin in their cup match yesterday afternoon.

Last Saturday, The U13 A Girls generally managed to dictate most of the match against a strong Loreto Dalkey side. Although the girls started strong, the Loreto side defended well, and their keeper worked very hard making some superb saves! The girls continued putting pressure on their defence which led to a great goal from Sophie Bryce Smith. The team continued to defend and attack with great confidence which led to a second goal which was created by great passing and movement from the whole team and finished well by Lucy Gibney. The Loreto side never gave up managing to gain a goal back, but the girls stayed composed and successfully finished the match 2-1 up.

The U13 B Girls had a great performance from the first year Bs saw them Draw to Loreto Dalkey 1-1 a nervous first half saw the girls 1-0 down at halftime but a strong second half had them get a well-deserved equaliser from Ana Morris, who later on in the second half had a shot excellently saved by the Loreto keeper, strong performances from Ana Morris and Mia at the back have the girls a well-earned draw

The U13 C Girls well fought match with Wesley having the better of chances, spending most of the match camped in the Loreto Dalkey circle. Several goal scoring opportunities but some good saves from the Loreto Dalkey keeper kept the score at 0-0. Loreto got a few breaks away attempts at goal and despite keeping heroics from Elin, Loreto Dalkey managed to slot one in. Great effort from all the girls and lots to build on!

On Wednesday, the Junior D girls had a great 2-1 Win vs Wilson's Hospital. A nervy start lead to Wilson's Hospital creating great chances but really good defending from Elly Carty and great keeping from Rachel Clarke kept them scoreless. The girls then got going and played some really nice stuff leading to a great close-range finish from Evie Fanning gave us the lead. However, soon after Wilson's Hospital managed to grab a goal on a quick counterattack. The girls started the second half quickly and great play from Martha McCaughey and Lauren McCleane helped win a short corner with was finished brilliantly by Sadhbh Hislop from the top of the D with a great strike. A great team performance, well done all. 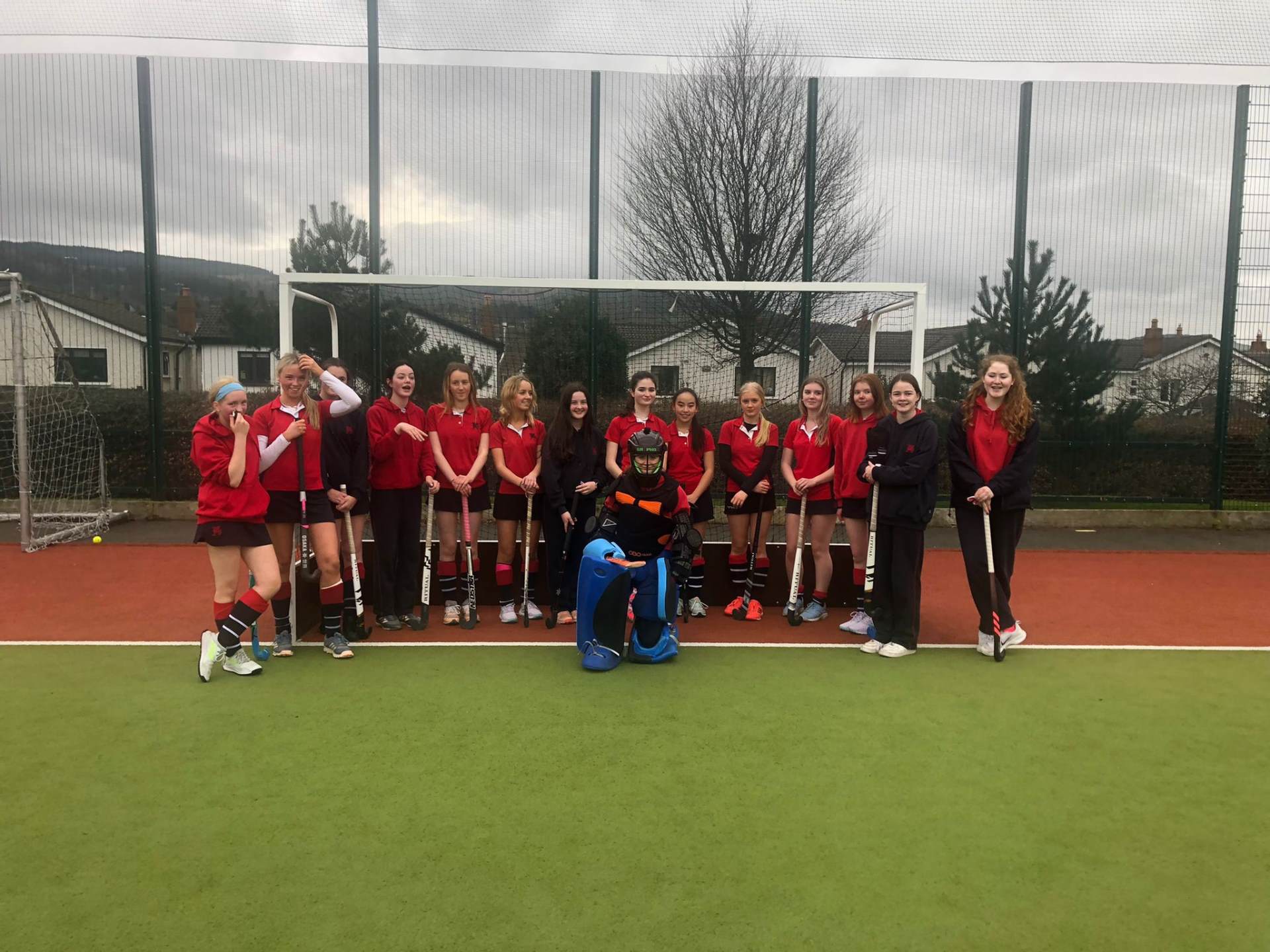 The Minor D Girls put on a great display in their league game vs The High School but unfortunately were defeated 3-1. The High School scored an early opening goal that came from a quick counterattack. Wesley responded immediately with an equaliser, scored by Thuan Leavy. A straight strike from a PC saw the opposition go 2-1 up and another counterattack meant their lead went to 3-1. With some tighter marking in the second half the final score remained 3-1. Two evenly matched teams but unfortunately the Wesley girls coming out on the wrong side. Well done to all the girls involved!

On Friday, our Prep Girls Hockey team travelled to play Guardian Angels. Unfortunately, they lost 4-1.  Despite the result here this team is continuing to develop and get better. Evelyn in goals made a number of great saves, Clara and Taylor battled hard in defence. Kira and Delilah were attacking threats and Isabelle is a workhorse in the middle of the park.

Wesley SCT 28 - 31 St Gerard's. A fast-paced game played out on the back pitch of Lansdowne full of attacking intent from both sides. Tries for Wesley coming from Matthew Golden x 2, Tom Geoghegan and Oran Handley with Johnny Cazzini kicking 4 conversions. A great last hit-out for the team before they build-up for their cup match in 2 weeks’ time.

Wesley Development XV 21 - 11 Castleknock. The Wesley Development XV had their first game in a long-time taking part in the new TY/5th-year league with some great performances across the park. Ferdia Spain scoring twice and Ed Collins also scoring with Hugo Girardi kicking well. Other standouts included Christopher Quirk and Ryan Price.
Wesley JCT 19 - 49 Gonzaga. A tough day at the office for the Juniors who were made to pay for their mistakes but tries from Daniel O'Brien, Cameron Shiel and Paul Graham with 2 conversions from Charlie Hempenstall giving them plenty of positives to work with going forward.

Wesley U15 33 - 12 CBC Monkstown. Wesley 2nd years put on a dominant display in Seapoint RFC as they took on CBC Monkstown where they finished 33 - 12 to the good. Monkstown held on to the ball well in the first five minutes while Wesley held out with some strong defence and made great use of their first turnover of the game as captain for the day Charlie Simmons drew first blood with a score underneath the sticks, converted with ease by fullback Nathan Heatley. Out half Harry Glennon pulled the strings as he ordered his pack around very well and moved the ball to width where Wesley found lots of joy on both wings. Tries from Alex Hamilton and Matthew Wystepek were a result of front foot ball created by the Wesley forwards, namely Jacob Fry and Evan Caddow taking on their fair share of ball carrying and breakdown duties. A further two tries from Simmons to complete his hat-trick and an impressive 4/5 conversions from Heatley gave Wesley their total.

Wesley U14 Blue 5 - 42 Terenure College. Wesley Blue met a very strong Terenure side who beat them well on the day. A tough day at the office but no doubt all players will be looking to work hard in training and bounce back.

On Friday, the Wesley Senior 2nds lost 10 - 26 Newbridge College. Wesley travelled to Naas RFC for a Friday night lights league game against Newbridge hoping to keep up their great run of form. Wesley will rue conceding scores right at the start and finish of this game as they were much the better side for large periods playing some great rugby in the process. Captain on the night Luca Clinton finished off a great team try which was converted by Elliott Atkinson who also added a penalty. Other notable standouts on the night included Ferdia Spain, Warren MacWilliam, Hugo Girardi and Ed Collins. They will look to finish their league campaign strongly at home to Presentation Bray.