A huge congratulations to the U16 Boys Badminton team- Oscar Tweed, Oliver Tang, Tadgh Reinecke, and Louis Small who took on Sutton Park on Friday. They had an outstanding victory in their Dublin Schools League Final. This is a massive achievement for all of the boys and their coaches, which is down to all of the commitment and hard work they have put in all year. Well done boys! 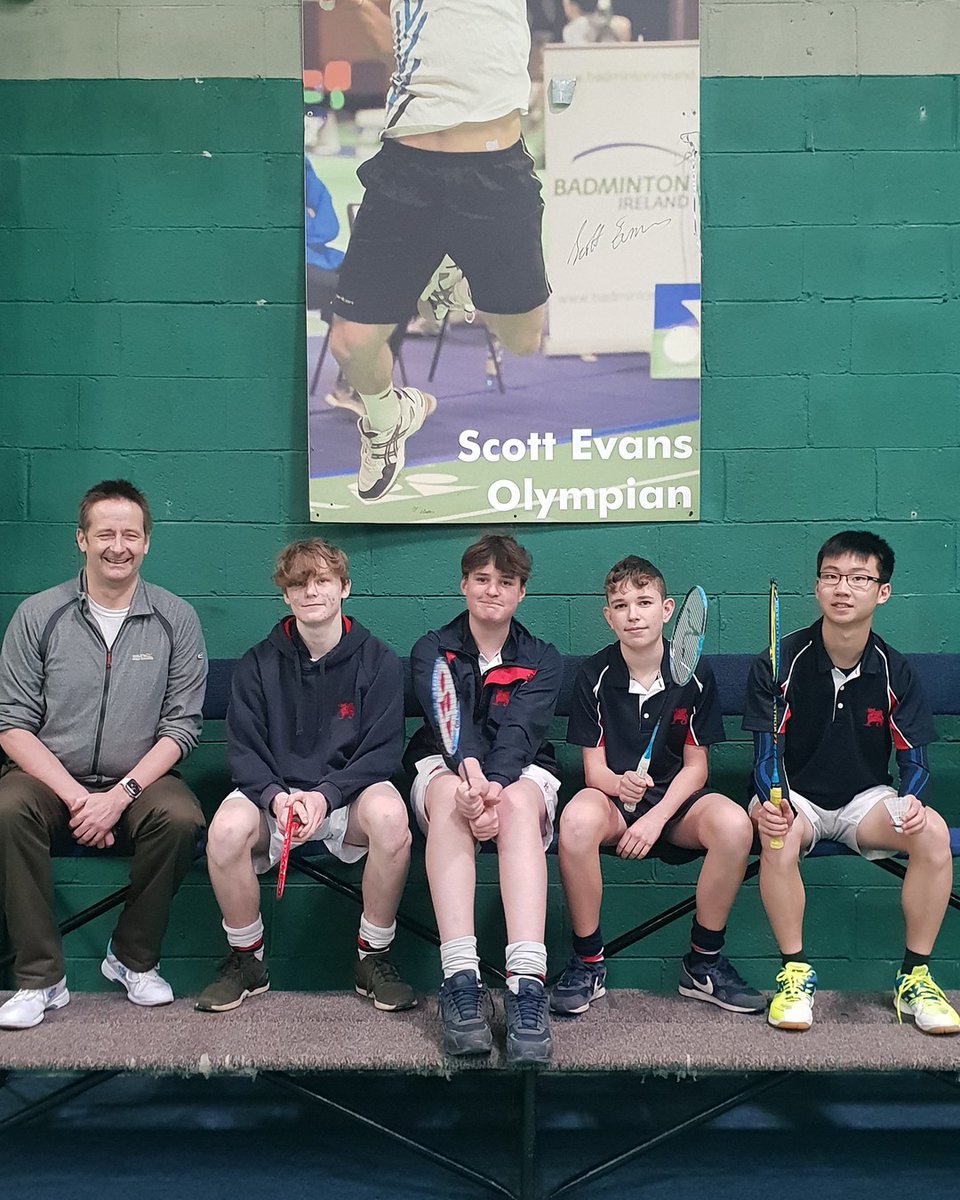 Senior 2 boys had a great result and performance vs Kilkenny today in tough conditions. Cold wind and heavy rain throughout that match made things difficult the boys stuck at it and had a strong performance. we created plenty of chances in the first half but missed that final pass or a final touch in front of the goal, so we went into halftime at 0-0. We started the second half very strongly with a great link-up between the forwards creating more chances. Eventually, after good work from Peter Walker and a great pass from Andy Armitage, Jake McKenna was set through on the Kilkenny goal. This led to a great reverse dinked finish which gave us the lead. Plenty more chances were created but, again, we missed the final touch in front of the goal. Kilkenny had a number of counters in the last few minutes, but Harvey Burgess intervened and kept his clean sheet to ensure the win. The final score was 1-0. Well done to all players. Check out the photos below. 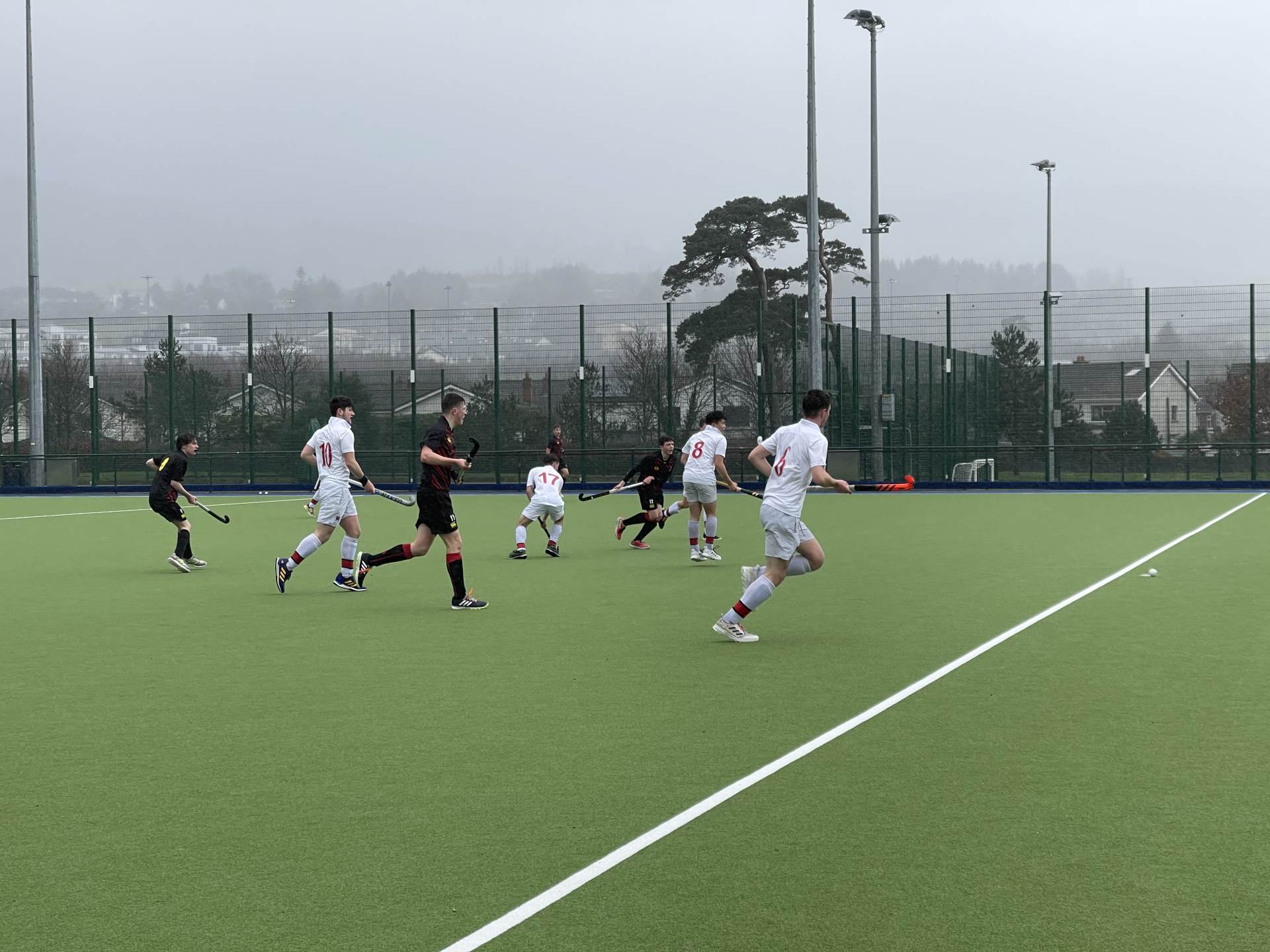 On Wednesday, the U14 A Boys won 4-0 against East Glendalough. A lukewarm affair that resulted in a win for the Under 14A team. Goals by Tommy Cullen, Luke Murray, Harry Glennon, and Luc McKiernan masked a tepid performance. Maybe it was the damp weather and misty rain conditions that did for us. Onwards to another cup match and the prospect of seeing some spring sunshine.

The U14 C Boys won 2-0 against The King’s Hospital. First-year boys had a tough 2-0 loss to Kilkenny College. As in a friendly on Wednesday afternoon, Kilkenny College started the stronger scoring an early goal against the run of play, as the game developed Wesley was by far the better team creating lots of chances but just couldn’t score. Half time 1-0. In the second half again Kilkenny College started stronger and scored early the boys put them under a lot of pressure but unfortunately couldn’t score. Final score 2-0. Great performances from Matthew, Ben Gogan, and Ross

Unfortunately, on Wednesday, the U13 B Boys lost 0-2 to Kilkenny College. Lots to work on in training over the coming weeks.

The U13 C Boys won 11-0 against The High School, Rathgar. The U13 C Boys put in strong team performance, with each player putting their all in. The High School were strong in the tackle, but the boys used their own individual skills and excellent passing to get around them. Henry Clarke scored two himself but also had the vision to pass to his teammates standing at the back post for two of the goals. Some excellent individual skill from Andrew Cherry and Eoin McCraith saw them both get hat tricks. The High School only threatened our D once and looked to be in for a goal, but Ruben Neill made an excellent clearance as he dove across the goal stopping The High School player from passing to the free player's back post. All in all the boys should be very pleased with a dominant away performance. Well done!

The U13 D Boys put an excellent performance last Wednesday when they came out with a 1-0 win against St. Andrew’s College.

Senior 1 Girls vs St. Andrew’s College won 3-0. Wesley produced a dominant first-half performance to gain the upper hand early in the semi-final against St Andrew’s College. A flowing team move saw Tara finish to put us up early on. Our second came when Mikayla won a good turnover in the press, her initial shot was saved but Annabel was on hand to finish off the rebound. A nicely worked PC move saw Lucy Bell get the third. The second half was a far more cagey affair with Wesley sitting too deep at times and letting St Andrews have more of the ball. We had chances to further increase our lead but failed to capitalise. Julie deputising in goal today made a couple of good stops when called upon but Lindsay and Lucy rarely let the ball get near her. Onwards to the league final! Check out the photos below. 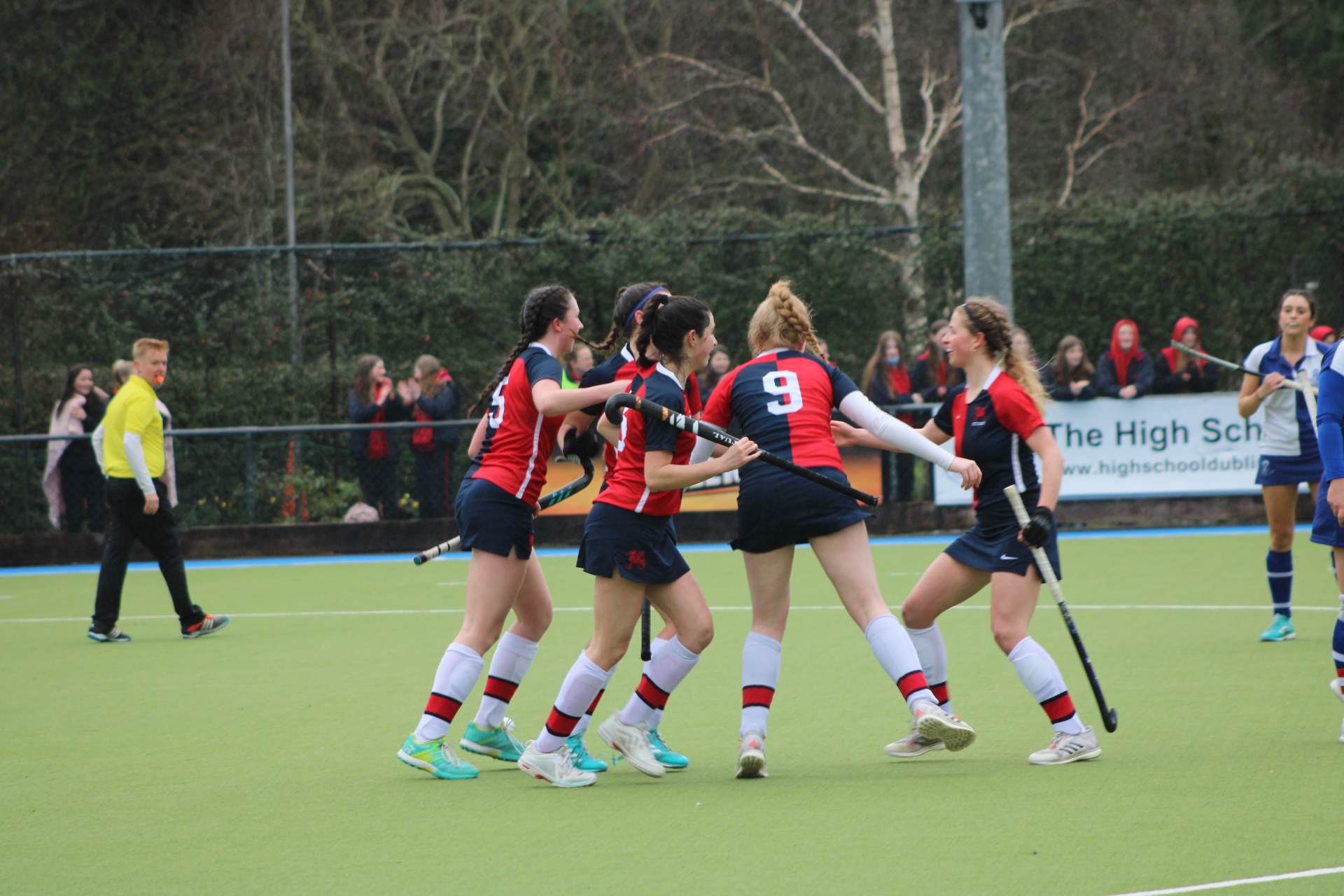 Senior 4 Girls drew 0-0 against Loreto Beaufort; they couldn’t quite manage to secure a goal, but they enjoyed the practice and look forward to their Quarter-Final next week. Check out the photos below. 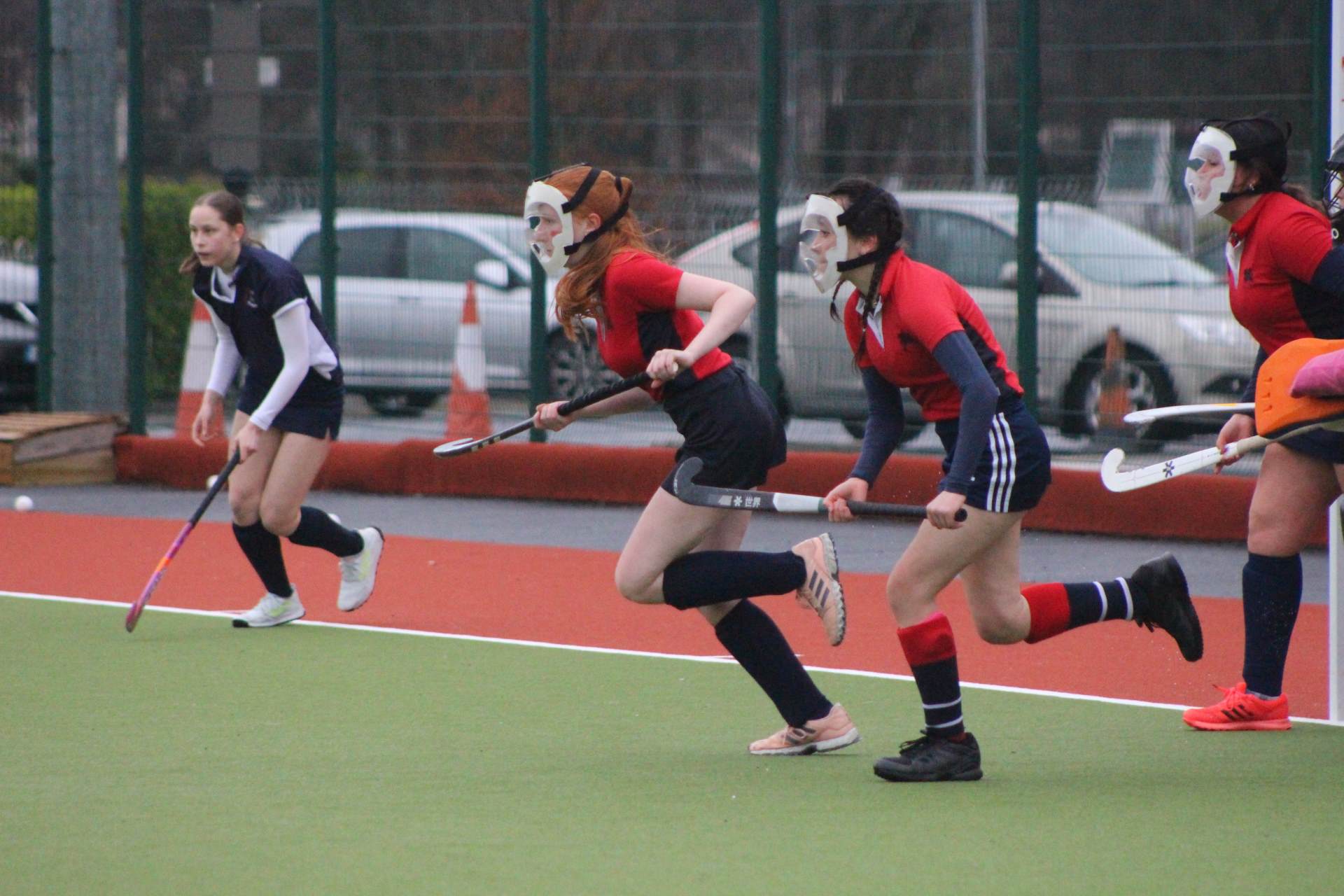 Junior A girls won 2-0 against a strong Beaufort senior 2s side. Down a handful of players due to injury, the girls showed great determination to be the more dominant side for the entirety of the game even with only 13 players. Goals from Sophie Stewart and Ruby Monaghan. Hannah Ruttle with a player of the match performance creating both goals alongside some great defensive work. Great shift all in all from the girls in the lead up to their league final.

The Minor A Girls lost 1-2 to Muckross Park College. Wednesday’s game could have been the culmination of a season’s worth of work, but unfortunately just fell short at the final hurdle. We came into the half 1-0 up after a great team move finished off by Juliet but couldn’t withstand the pressure in the second half. Muckross were a very well organised team, who played themselves back into the game and kept us from playing any comfortable hockey. It’s an unfit age end to an otherwise positive season.

The U13 A Girls won 5-0 against The Teresian School. Wesley had a super performance against St Teresians. The girls dominated possession from the outset and managed to secure 3 goals in the first half. They continued to put pressure on the opposition during the second half and managed to come out on top without conceding a goal, 5-0 was the final score. There was some great hockey on display from both teams during the match.

The U13 C Girls lost 1-3 to The Teresian School. Wesley faced a strong Teresians side that put pressure on from the very start. Teresians had a very impressive first have gone 2 goals up but Wesley never gave up and during the second half really tested the Teresians defensive side, managing to score a goal. Unfortunately, Teresians managed to score a third goal and although Wesley lost 3-1 it was a great match and Wesley fought to the very end.

The U13 D Girls drew 0-0 against The King’s Hospital. First-year D’s drew 0-0 with KH! Jenny had some great saves in goal! A much more determined effort in the second half!

The U13 D Girls lost 0-7 to The King’s Hospital. In the absence of a goalkeeper against a strong Kings Hospital team, this was a difficult game for the Wesley girls. The defence particularly Zoe Clinch worked hard to keep Kings Hospital out of the circle. Abigail Phelan too was very strong on the pitch making very clever running and passing movements.

The close nature of the contests continued as Wesley, perhaps gaining confidence from the exploits of their seniors, came to compete at Energia Park. A bullish set of forwards set about their task with energy and zeal, driving Belvedere back in contact.

However, the ruck work of Belvedere gave them access which the backs were keen to profit from, flanker Karl Russell making his mark too. Wesley centre David Gilmore came to the rescue at another ruck to prevent what looked like a certain try. Their tighthead Joe Cullen guaranteed the gain line on the fringes and Belvedere indiscipline invited Wes’ inside the 22. From there, out-half Christopher MacLachlann-Hickey carried like a loose forward, and flanker Harry Jones grounded out the try.

Once again, Belvedere was on the brink, this time from a lineout and maul, when Wesley lock Darragh Fox picked off a penalty at the ruck.

Yet again, the breakdown was the game-changer, captain Jack Freyne athletically claiming a penalty to subdue an attack, followed by more of the same from Fox. The stop-start rhythm of the game was fuelled by a failure to protect the ball.

When it eventually happened, Belvedere’s prop Ryan Grant pierced the line and Russell was on his shoulder to complete the surge, full-back Luke O’Boyle’s conversion making it all-square at half-time. Wesley captain Freyne showed his footballing intelligence, kicking over the top of the defence for No 8 Sam McMullin to gather for a fine try in the 33rd minute. A misjudged clearance, out on the full, handed the ball back to Belvedere, Russell instrumental in a foray forward that ended with hooker Mark Fitzgerald twisting to the whitewash, O’Boyle’s conversion coming back off the left upright. There was an impressive response, McMullin taking off from a quick tap penalty, prop Cullen trucking it up and hooker Tom Burke knocking on in the act of scoring.

Wesley came back for a penalty advantage and MacLachlann-Hickey split the posts for 15-12 in the 40th minute. Back came Belvedere, they went to a patient maul to force a penalty, then opted for the scrum which required a tremendous tackle by full-back Cameron Shiel on O’Boyle before flanker Alex Clarke crossed the whitewash for a 17-15 edge in the 48th minute.

The strength of Gilmore over the ball gave MacLachlann-Hickey a shot at recovering the lead in the 54th minute. An indiscretion at the scrum offered O’Boyle a penalty chance which appeared to glance off the outside of the upright, the game-ending appropriately enough on a turnover at the ruck. 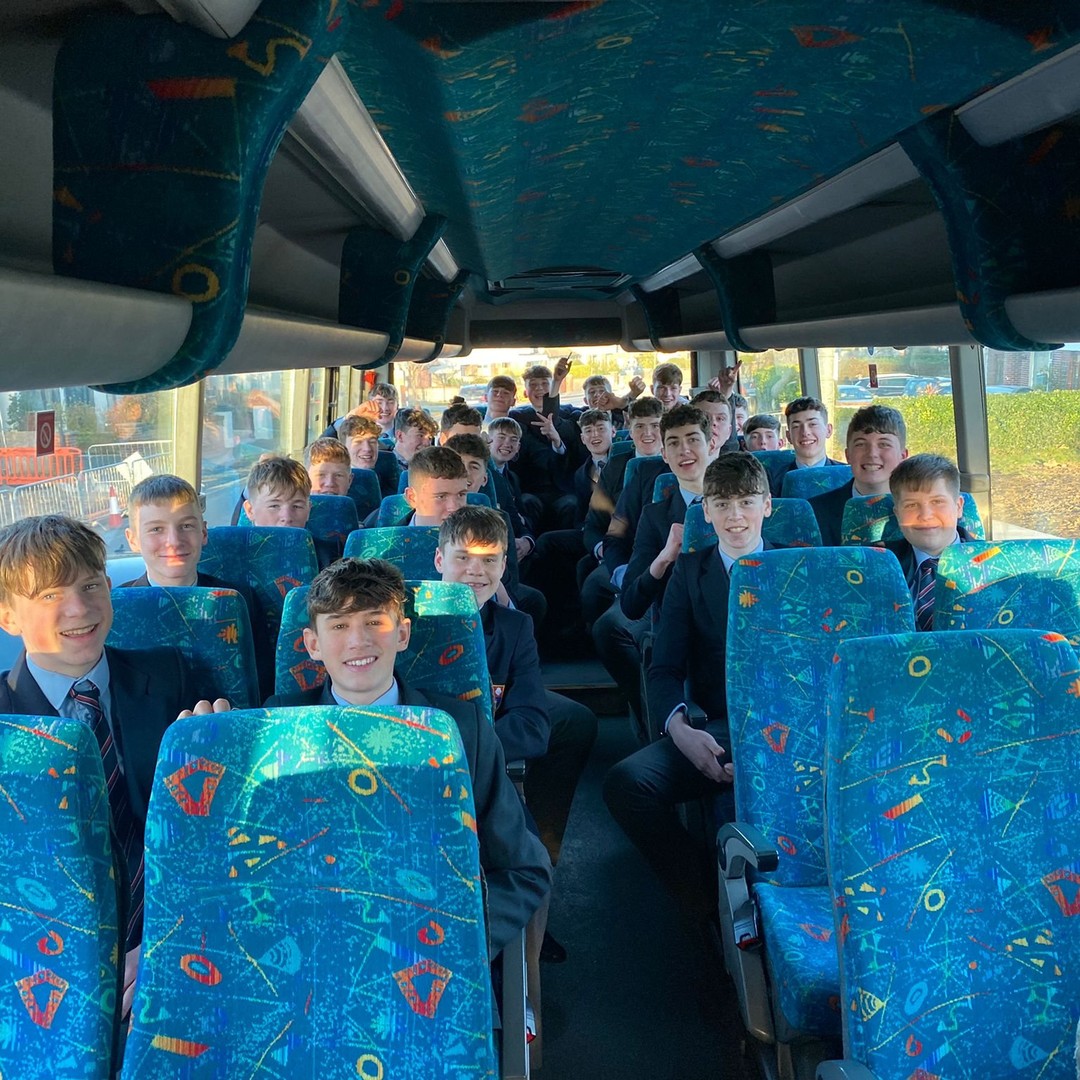 Good luck to the U14 and First Year Boys who head down to Crescent College to play a number of matches this weekend.