Congratulations to the Junior Girls Basketball team who won their Leinster League Final against Nord Anglia. It was an intense game that saw women of the match Charlene Sone Lenou man mark various players and hold a strong defence alongside Captain Jane Gleeson. Nord Anglia had three club players, but they were no match for offensive baskets and rebounds from Alice Gardiner, Liz Fitzpatrick and Lila Harrison. Every member on the team fought extremely hard after a tight first and second quarter with a narrow lead going into the third quarter. Eva McCraith and Neve Molloy played tremendous roles as point guards which secured victory towards the third and final quarters. Nord Anglia fought back in the final minutes but neither team faltered in their efforts to win the game. Their coach is incredibly proud of each player and it goes without question that they have trained tirelessly over the last few months. Special mention to Iona Wu and Mia Sorohan in first year who were pivotal players in their teams success from the beginning of the league to the final.

Congratulations to the girls for winning their first cup for Wesley College. 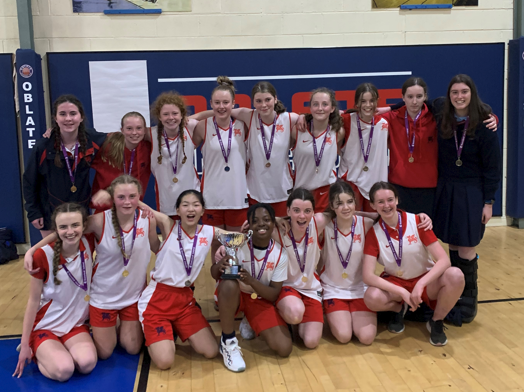 The Senior 1sts girls got the season off to a fantastic start with a win away against Mount Temple. Excellent performance from Kate Woods with 4 wickets from her bowling and 40 runs with the bat. 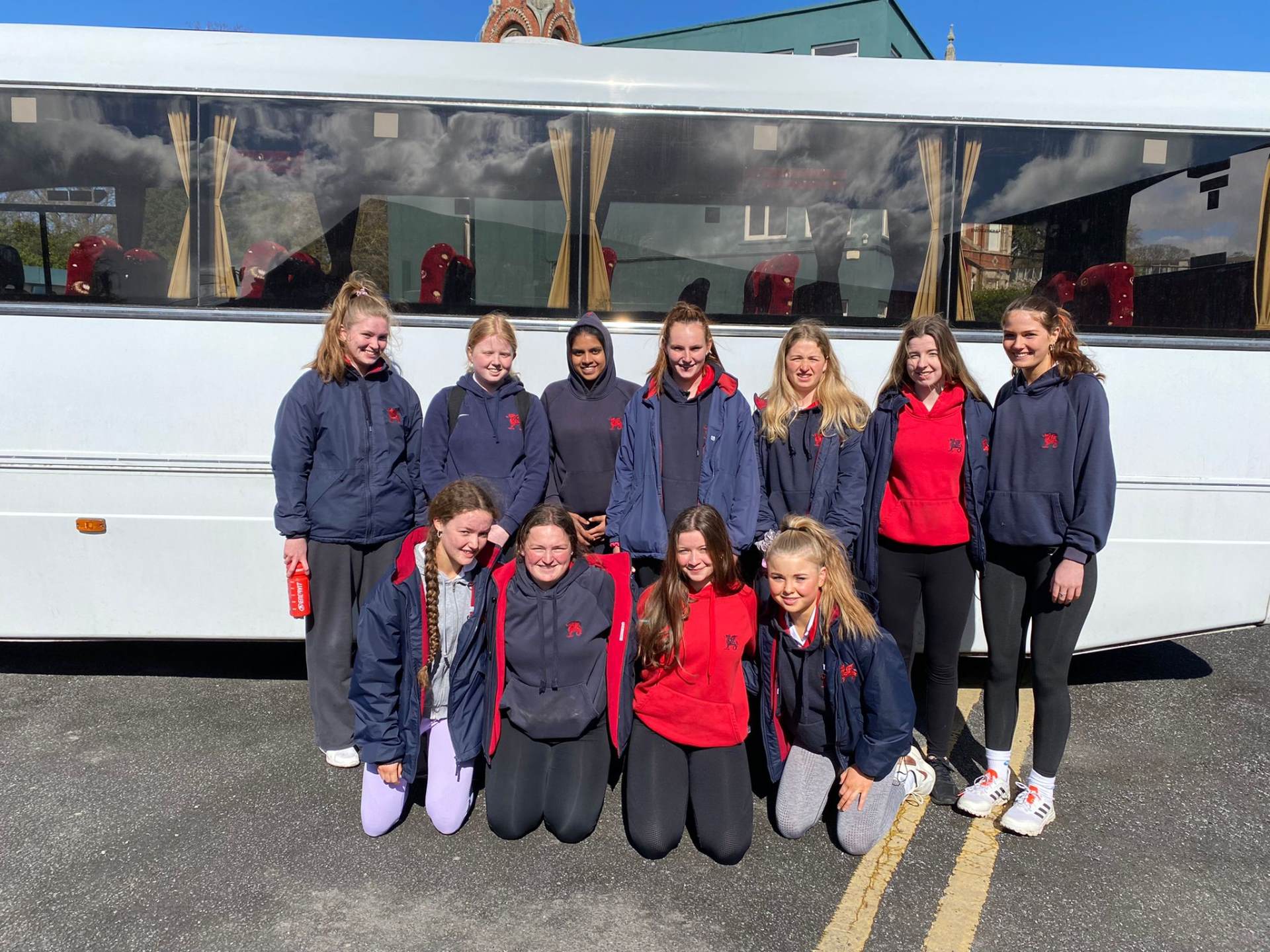 Congratulations to the Junior As girls who also started their cricket season off strong, beating St. Andrew’s College by six wickets.

A huge congratulations to the U14 A Hockey Boys who were crowned the John Waring All-Ireland Under-14 Schoolboy champions as they won four of their five fixtures at Comber Road last Wednesday.

They opened with a tightly-fought 0-0 draw with St Andrew’s – in a rematch of the Leinster Minor Cup final – before turning on the style.

They proceeded to win 3-0 against Newtown School with James Reid netting twice and Tommy Cullen getting the other.

Bangor Grammar were their nearest rivals, starting off with a 2-1 victory over Newtown before drawing with Banbridge and beating St Andrew’s 1-0 with an Oli Keenan goal.

They remained unbeaten after their fourth game, a 1-1 draw with Bandon with Keenan scoring again.

That made it winner-take-all when Wesley met Bangor but goals from Daniel Lydon and Cullen saw Wesley College prevail 2-0 and secure the title. 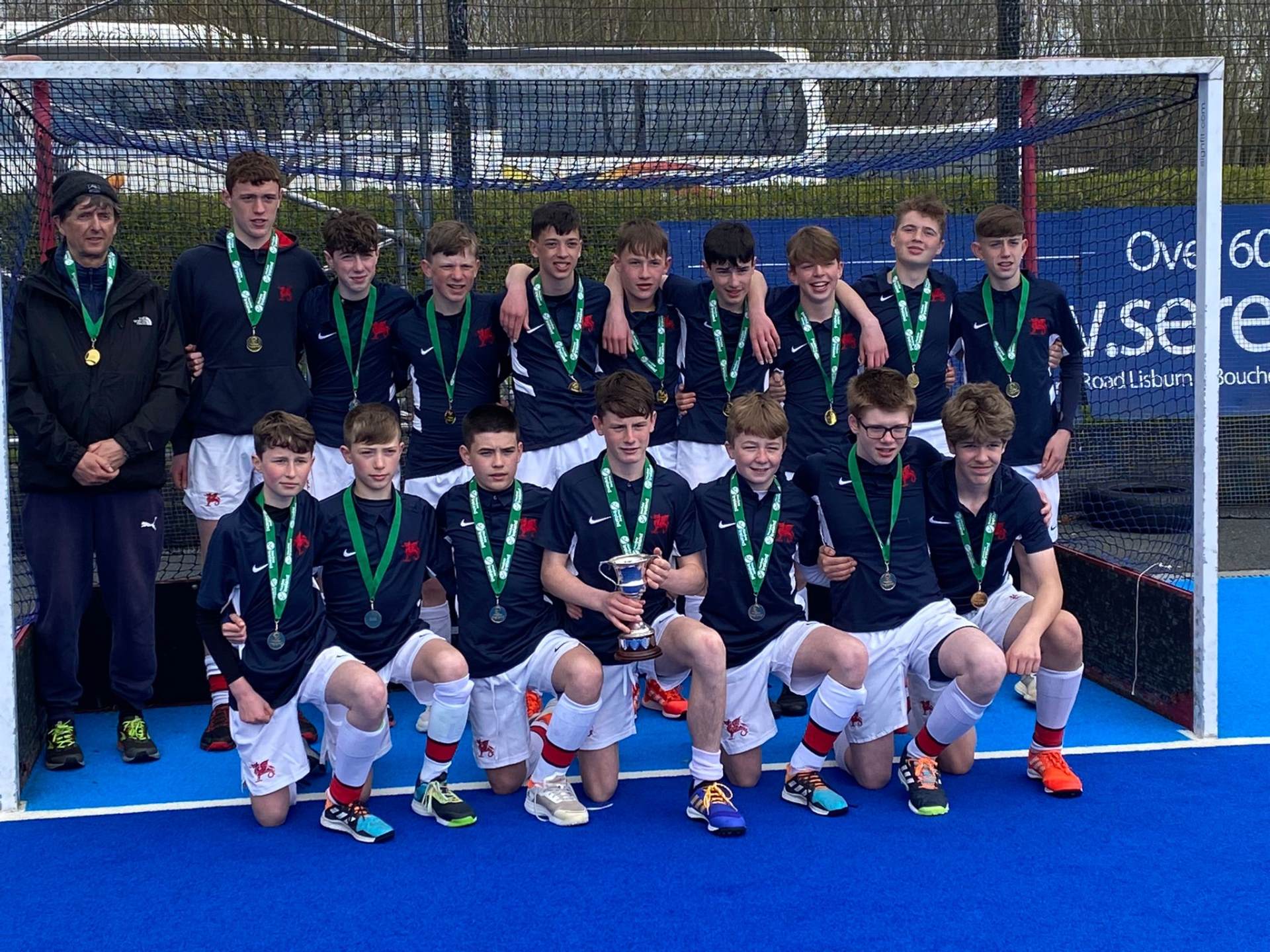 Commiserations to the Senior 2 Rugby Boys who lost out in their match 24-31 against Cistercian College Roscrea. It was a close game, and the boys should be very proud of their performance.

Well done to the show jumpers who had a great day out at Mullingar Interschools last weekend. Starting the day with only three riders travelling meant there was no room for any mistakes in the Open team event. All 3 riders Emily Crawford (Year 5), Saoirse Handley (Year 1), and Grace Berry (Year 3) jumped clear to qualify for the jump off. Saoirse was in first against the clock and set a blistering time that couldn't be caught. Emily was the only other rider coming close to Saoirse's time and their combined score sealed a runaway win for the Wesley Team. A remarkable performance,

In the Open individual speed class ((1metre) Grace and her mare went on to pick up 4th then in the biggest class of the day The Premier 1.10m Speed class, Grace and Emily secured the winner and runner-up spots to qualify for the final of this competition in Wexford next weekend and to complete a great day out. Well done and good luck next weekend. 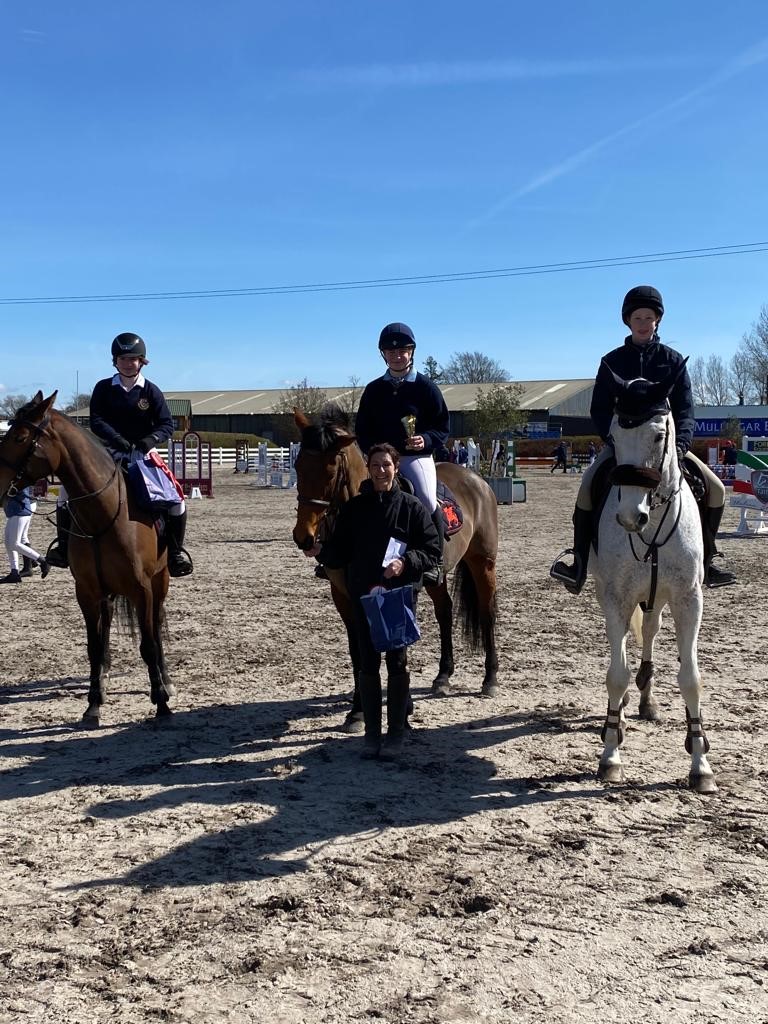