The SCT produced an excellent performance in Donnybrook last Friday, beating The King’s Hospital in their league encounter 40-13. Our 5 tries were shared among Sean Foulds, Aran Lowry and Liam O’Neill, with Jonathan Cazzini adding the rest of the points from the boot. 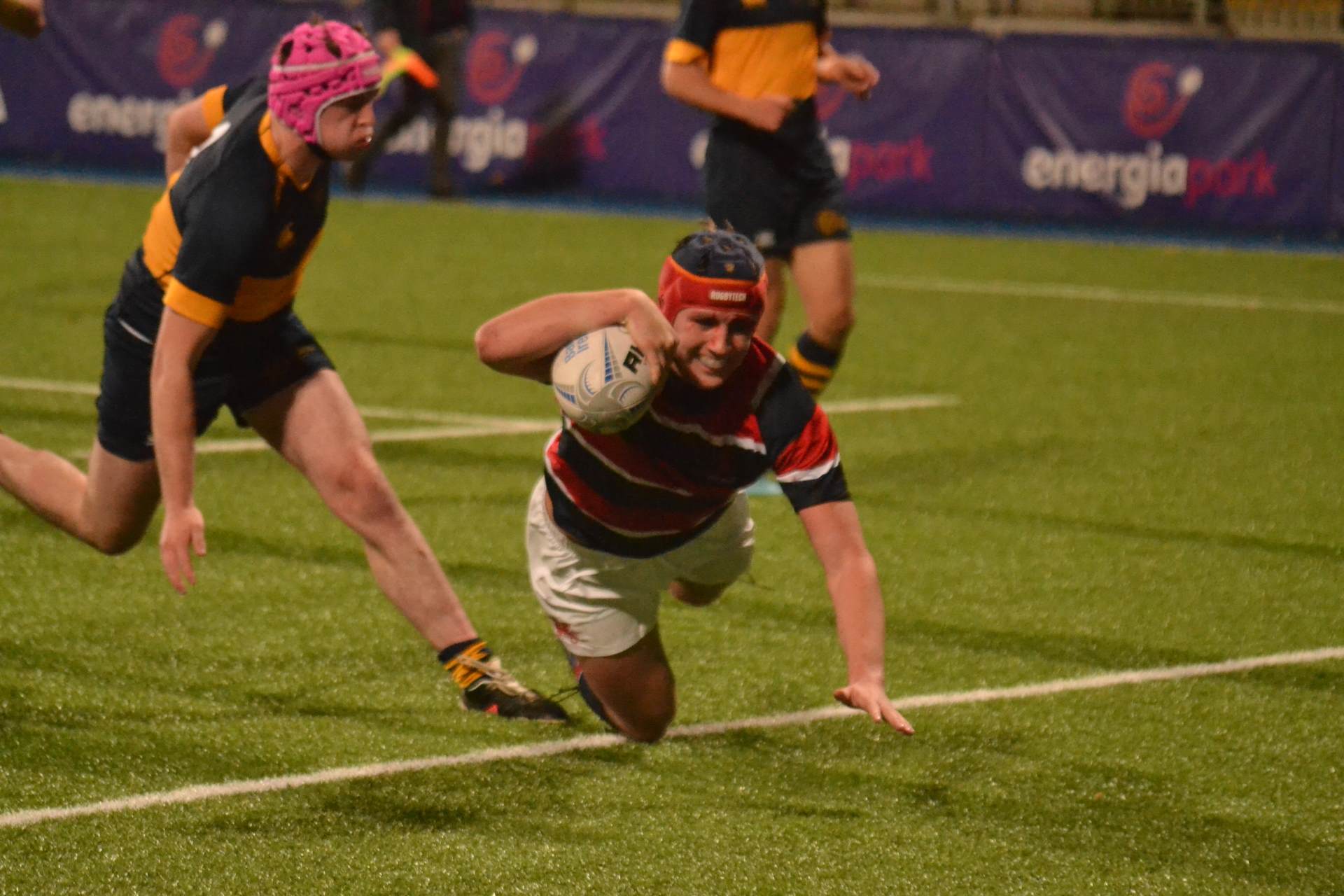 SCT vs The King's Hospital Gallery

The team then hosted their final league match against league leaders Pres Bray in perfect conditions on Wednesday. It was always going to be a difficult challenge after a short turnaround from their big win against KH the previous Friday but one that the team were up to. Wesley got off to a slow start and struggled to impose themselves on the game conceding an early try and a few penalties. They grew into game though upping the tempo and having a few good scoring opportunities but only managing to convert one into a well worked try for Liam O'Neill who has been in outstanding form recently leaving the score at 13-5 at half time.

The second half then started how the first half finished with Wesley having all the ball and territory but only managing a penalty to show for it from the boot of Jonny Cazzini bringing the score to 13-8. Pres Bray then managed a few penalties against the run of play until Wesley worked their way back up the pitch playing some great rugby but just not managing to turn it into points and with Wesley camped on the Pres try line searching for another try the ball was thrown out and intercepted with the last play of the game making the scoreboard look not as close as it was on the pitch. Despite the loss, it was great to see some players back from injury including Tom Geoghegan and Hugo Hjelseth as they regroup as a team and prepare for a league Quarter Final in two weeks’ time. 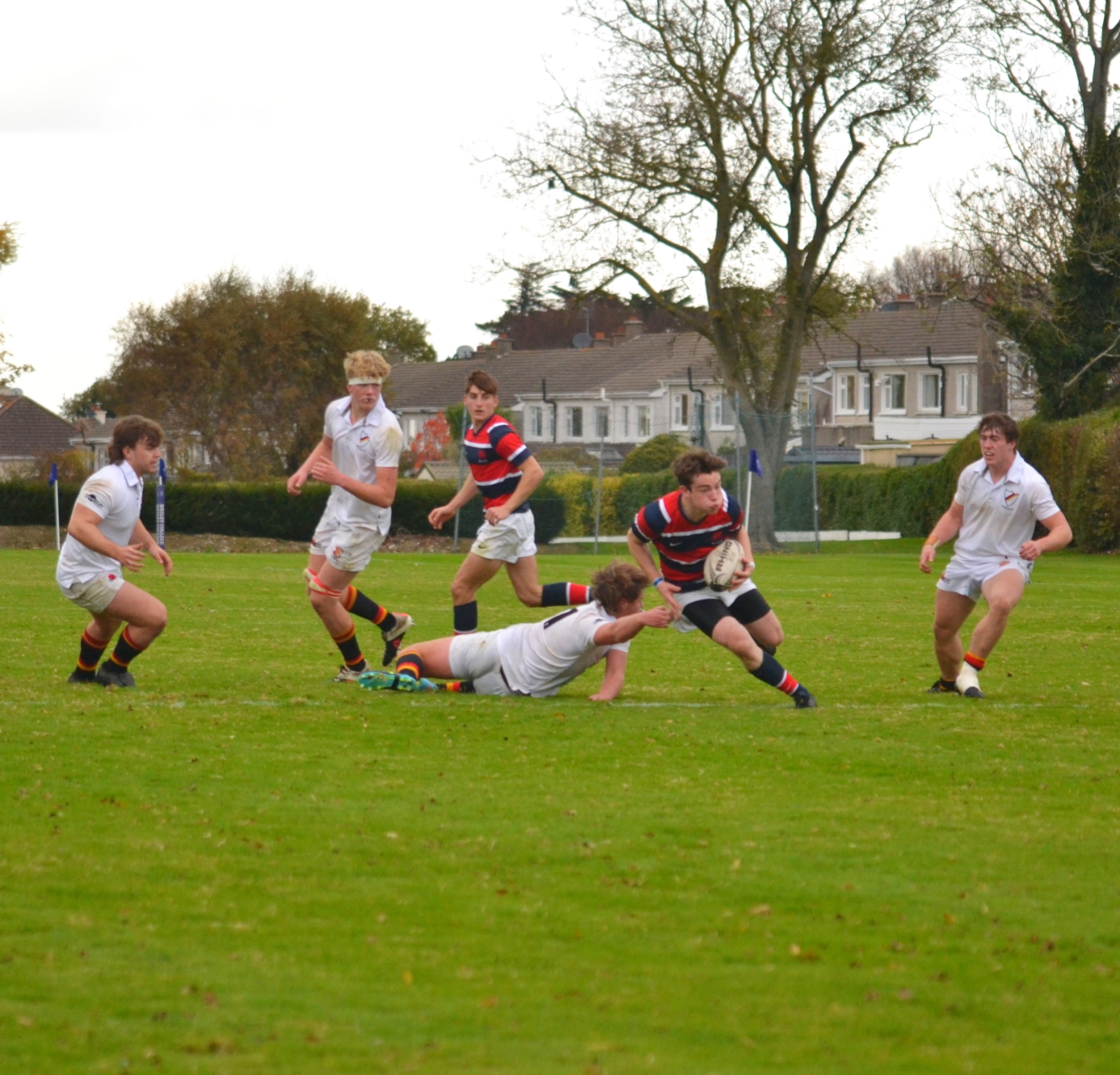 The JCT got off the mark on Wednesday in a great game against St. Gerard’s.

With good training sessions under their belt after a disappointing draw against Temple Carrig, Wesley knew what had to be done to win games at this level. Wesley started well however, poor discipline around the offside line meant that they invited pressure from Gerard’s who were the bigger of the two teams. Wesley found themselves on their line, and soon conceding a try, conversion missed, 0-5.

A response was needed, and Wesley did respond, winning a penalty from the kick-off and Charlie Hempenstall went for the posts. 3-5, Wesley off the mark. After receiving the kick-off Wesley then went about getting up the pitch, with strong carries from Sam McMullin, Daniel O’Brien, and Joseph Cullen – Hempenstall’s educated right foot put Wesley into the right areas and another penalty was won, Charlie once again opting for the posts and putting over. 6-5.

Gerards as expected, put pressure on Wesley and again poor discipline at the breakdown meant Wesley found themselves in a similar position and Gerard’s once again punished, bringing the games 2nd try, another missed conversion meant Wesley were only 4 down with 5 to go in the half.

Wesley piled on the pressure from the restart, with some great tackles from blindside flanker Sam Ryan and ferocious work from Louis L’Estrange, eventually winning the penalty, and going for the corner. The lineout was one of the better improved areas from the last game, with great work from second rows Kenan Seddik and Darragh Fox, giving captain Jack Freyne and the backs great service all game. From this platform, Wesley were able to make inroads into the Gerard’s 22 and eventually camped on their line. Great patience saw Sam McMullin eventually crash over and put Wesley in the lead, Hempenstall added the extras. Half time, 13-10.

The message was simple at half-time, discipline at the breakdown and keep playing rugby in their half. Wesley received and exited well, keeping Gerard’s away from their line for most of the 2nd half. Hempenstall called for the tee from far out but just nudged wide of the post. Wesley were relentless in the 2nd half, Harry Jones making some huge hits from openside flanker as well as Cameron Shiel at 13, making some important defensive reads as well as turnovers. Wesley through penalties got themselves into good positions and eventually got to under the posts, and Sam McMullin found the yard of space and got over the line. Hempenstall once again converted, 20-10 with 10 to play.

Welsey now had to look after the ball, with Gerard’s now gunning for them. Jack Duffy made some incredible last-ditch defending to keep Gerard’s at bay as well as Chris McLachlann-Hickey. Gerard’s kept knocking and eventually got over for a score and converted, 20-17.

A brilliant start to the league and the first win for the JCT since they were in first year (due to covid)! We welcome CBC next week for hopefully more of the same. 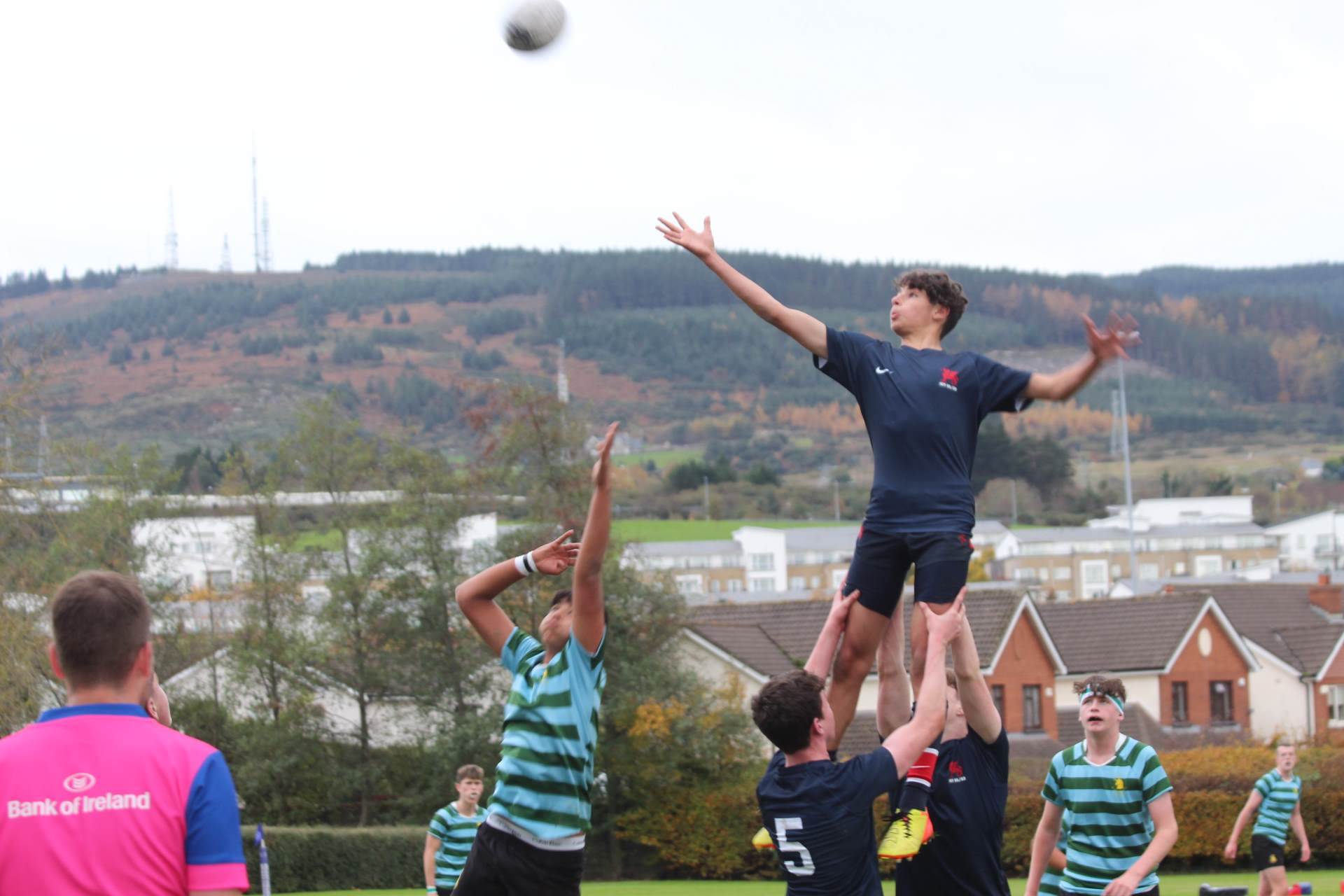 The Wesley 2nd years had a thrilling end to end encounter with Temple Carrig on Wednesday. Both teams showed some fantastic attacking flair with 14 tries scored in total! Wesley took the early spoils with Joowon Park and Tommy Cullen going over for early tries to put Wesley in a commanding position but unfortunately both conversions were missed leaving the score at 10-0. Wesley held off some sustained pressure from Temple Carrig and broke away to score another quick fire double from Ruairi Fox and Ethan Elliot, this left the score at 20-0 with a few minutes left to play in the first half. James Mulhall then struck before getting an unlucky injury as he had been having a strong game. The score 27-0, Temple Carrig finally found their footing and scored a wonderful try before half time, 27-7 at half time.

Wesley shot out of the blocks first in the second half with Matthew Watson finishing off a well worked try started by Matthew Wystepek. Wystepek then got on the score sheet himself with a fantastic solo try. Temple Carrig weren’t done yet as they again cut Wesley open with a flowing attacking move and scored another well worked try, this left the score at 37-12. Matthew Watson then scored the pick of the bunch for the day, getting the ball on half way beating the first tackler and rounding the full back for a wonderful try. Temple Carrig then scored two tries in quick succession to bring the score to 44-26 before Wesley broke away with two late tries from player of the match Jacob Fry who laid the foundations with his ferocious ball carrying and Alex Casey put the finishing touches to leave the final score at Wesley 56-26 Temple Carrig. Wesley now travel to Terenure on Saturday.

Well done to the Senior 2s who beat St. Andrew's 2-0 on Saturday in their friendly. It was a good team performance with Katie Dennison and Tanya Plunkett getting on the scoresheet for Wesley. 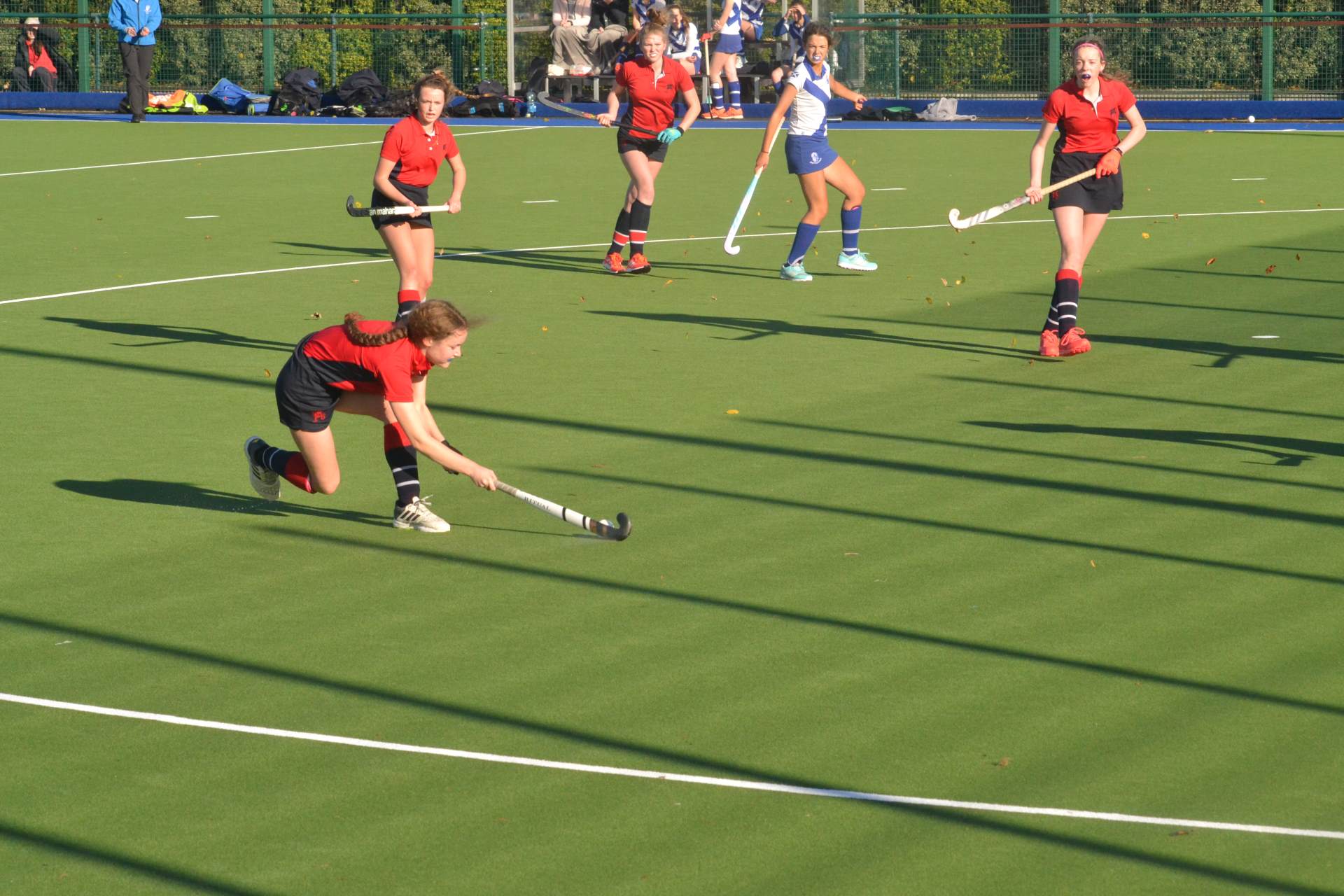 The Minor As beat Loreto Beaufort 2-1 in their league match thanks to goals from Lucy Fox and Tillyrose Burgess. While the Minor Cs drew 1-1 with St. Gerard’s in their league encounter, with Emily Barrett getting Wesley's only goal of the game. 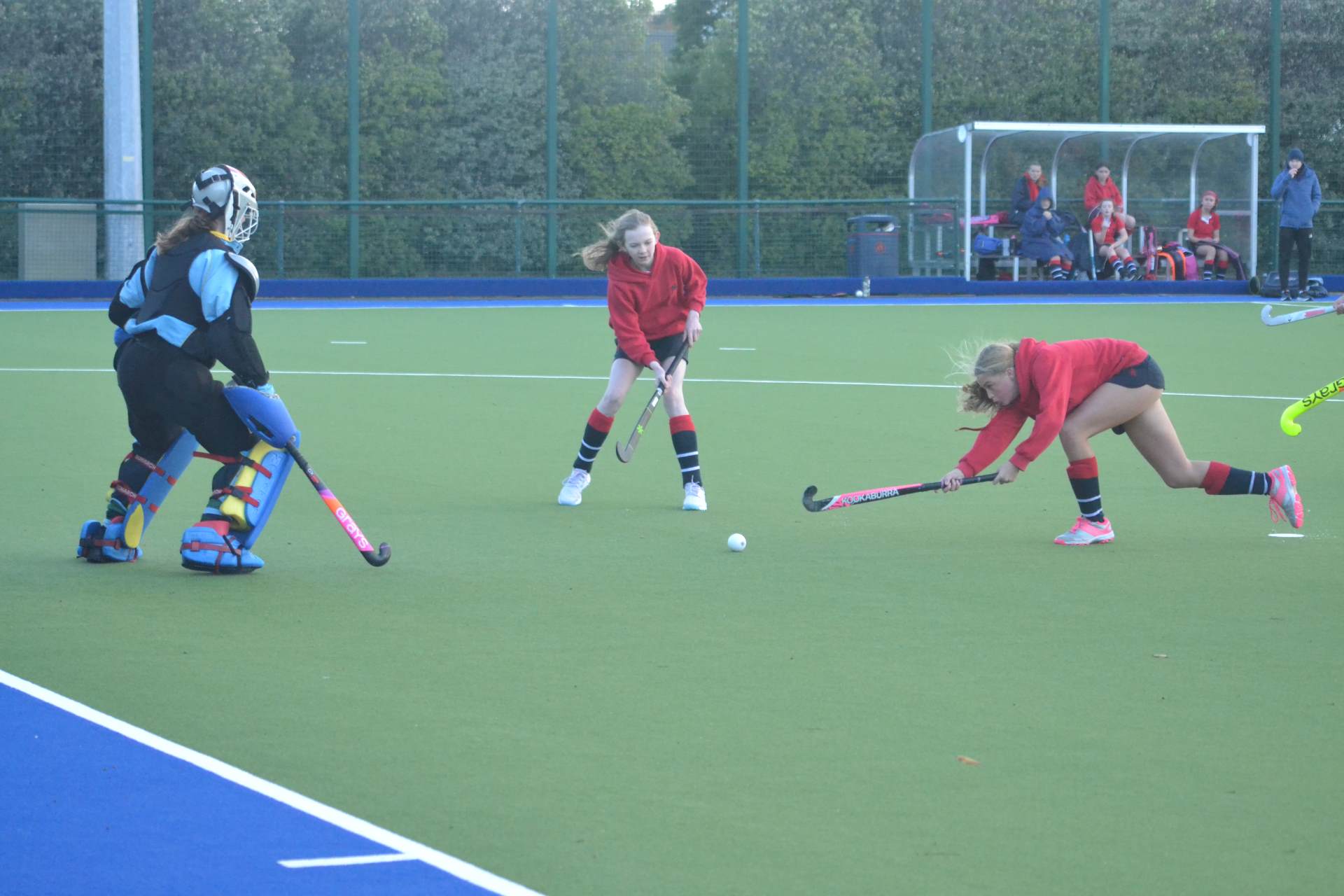 Wesley Prep and 1st Year girls played blitz style matches against St. Gerard’s on Saturday last.  Wesley had 60 girls out on 5 different teams. All teams recorded a loss and a win in their games.  There were two great goalkeeping performances from Elin Vickers on her first time playing matches and Ruth Ahern also new to goals this year.  Both girls were called into action many times and successfully stopped many attacks and shots on goal from the Gerard's forwards.  The girls are improving week by week.

The Senior 1s played YM Ladies on Wednesday in another warm up match ahead of their cup game in the coming weeks. With depleted teams on both sides, the girls made the most of the occasion, winning 1-0 in normal time thanks to a goal from Mya Adams. YM got their own back, winning the practice 1v1’s at the end.

The Senior 3’s struggled in the first half to deal with Kilkenny Colleges’ aggressive press in their friendly, leading to two Kilkenny goals in the first half. A much improved second half saw Wesley get back into the game when Aimee Campbell scoring after great work from Alex Comerford. Julie Aphanacieff made some outstanding saves in goals, leaving the score at the final whistle 3-1.

The Senior 4’s were also up against a Kilkenny side that had a very strong midfield who were able to control the game for large parts. A solid Wesley defensive effort was eventually breached. There were some nice passages of play, with Julia Horan and Elena Giusti showing some flashes of skill. Nora Hand, Cara Small and Kristina McDonagh worked tirelessly in defence while Orla Sisson and Emma Sheeran Purcell should be congratulated for doubling up.

The Junior A's won 1-0 in the first round of the cup against a very strong Alex side. Wesley were the dominant team in the first half with multiple corners and some good chances but couldn’t seem to find the back of the net. After some brief pressure from Alex at the beginning of the second half Wesley found themselves back in the driving seat with significant pressure being put on Alex’s defence. After some fantastic individual skill from Mila Fulton she was able to get a hit away from the top of the D that was well deflected by Ruth Keogan to score the only goal of the game. The girls showed great grit and determination to hold Alex out with a great save from Lucy Bond in the dying embers of the game ensuring victory for Wesley. We are looking forward to their next cup game on Wednesday at home in Wesley at 3.15pm, all support is encouraged! 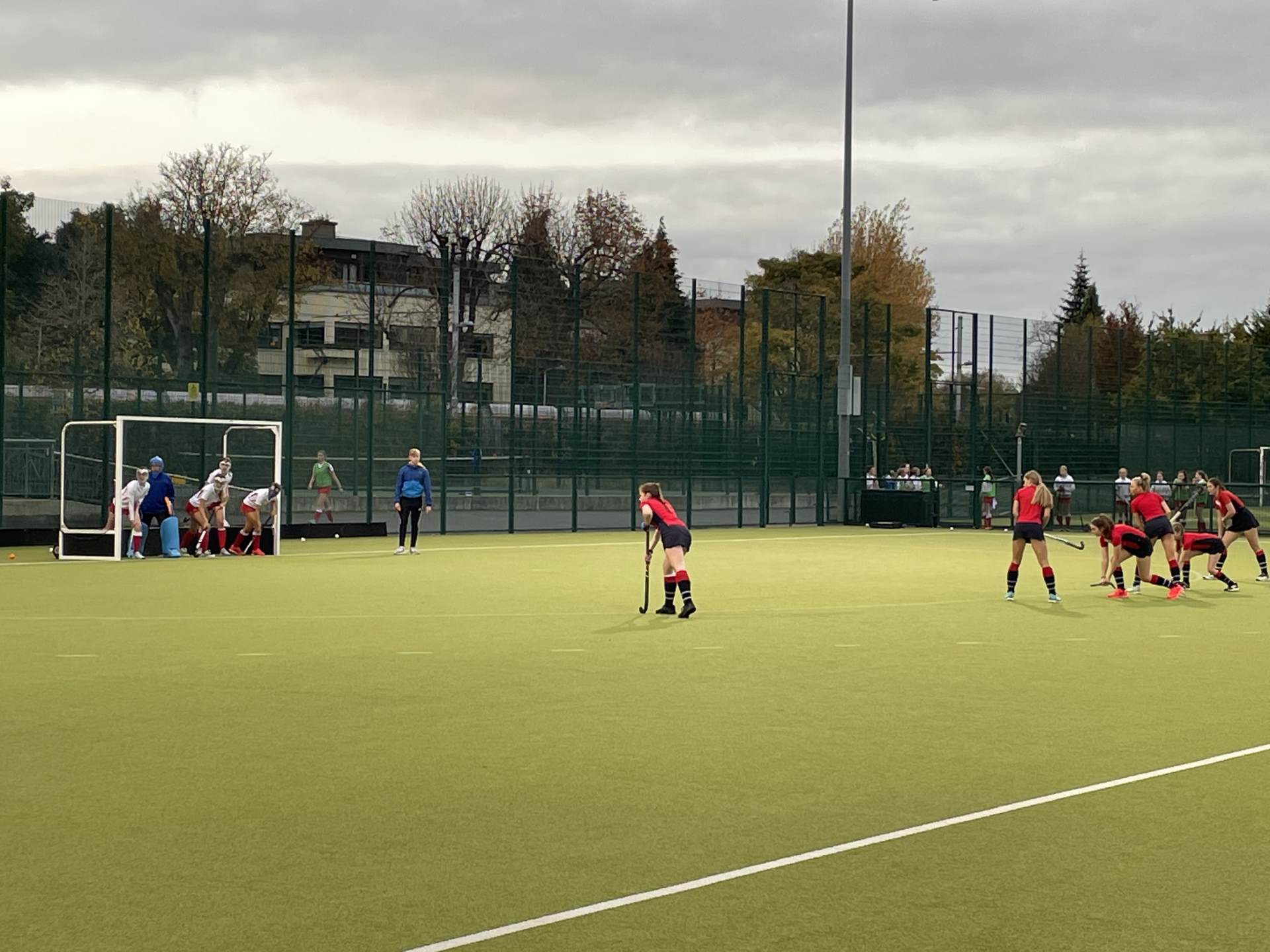 Junior As vs Alex Gallery

Junior B girls lost out 1-0 in a friendly against St Andrew's, although they showed some promising skills to be built upon.

Junior C girls won 2-0 also against St Andrew's in a friendly with goals by Ella Walsh and Laura Scott.

There was just one Minor team in action on Wednesday, when the D’s took on Muckross in the league. Unfortunately the Muckross defence was impenetrable despite the girls best efforts, with the match finishing up 1-0 to them.

Well done to the Preps who played matches against Rathgar Junior School on Thursday, wining their match 2-0 thanks to two goals from Isabelle Carroll-Breen.

The Senior 1s played St. Andrew’s on Wednesday in a friendly, winning 3-0. While the 2’s took on St. Columba’s A’s in their league match. Despite a tight game with opportunities for both sides, we lost out 2-1.

The U13 A boys had a solid win against The High School last Friday, beating them 4-0 in their friendly. On Wednesday they took on Sutton Park, winning 5-0. Both matches are in preparation of their upcoming league games.

The U13 B’s and C’s both had league games on Wednesday. The B’s were up against St. Columba’s A team. With some moments of great play, the boys put up a good fight, loosing out 3-2. The C’s had opportunities against St. Andrew’s in their match, but neither team could convert, finishing up a scoreless draw. The D’s were also in action, beating Sutton Park 2-1 in their friendly. 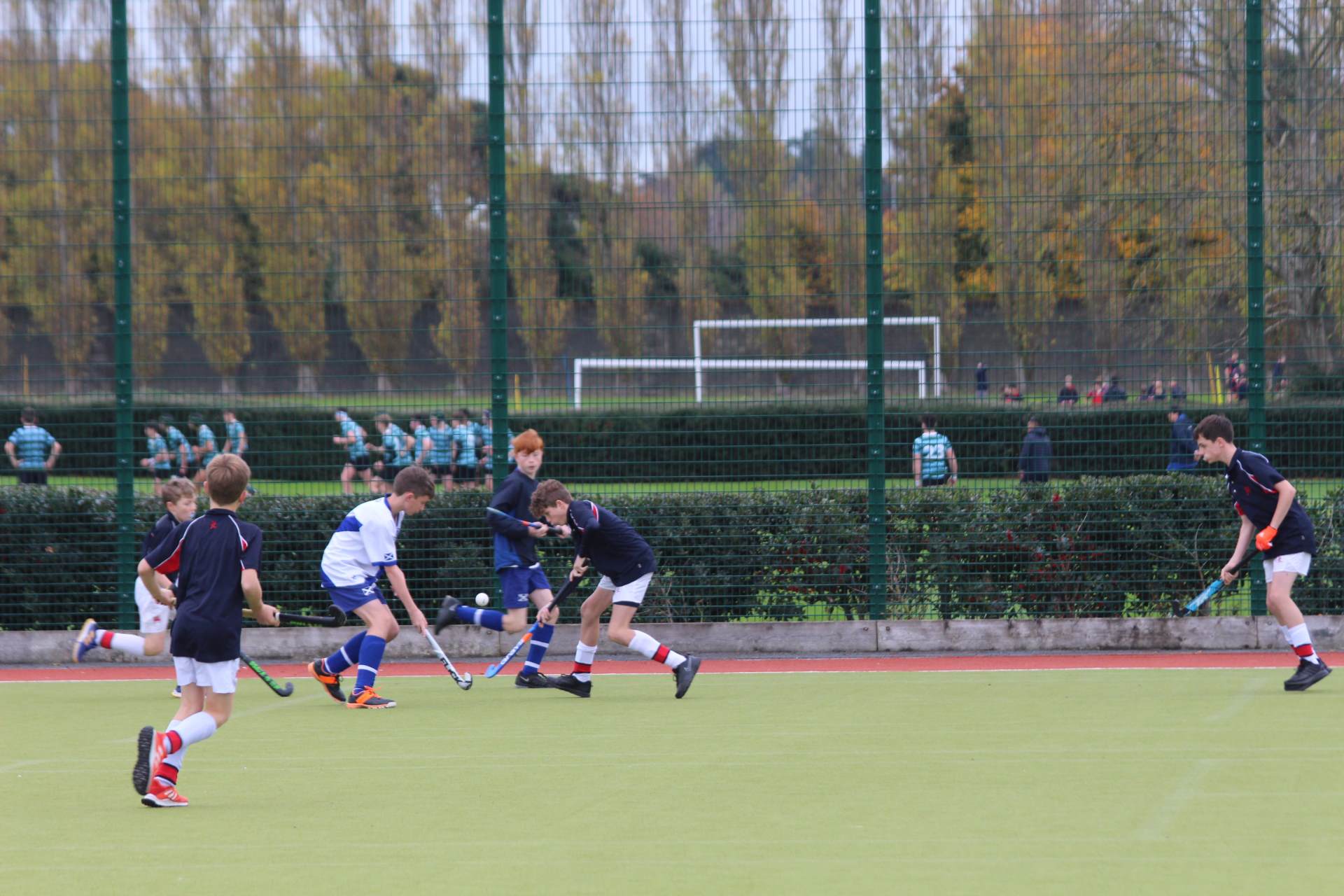 U13 Cs vs St. Andrew's Gallery

The Senior boys produced yet another good performance in their league match last week against Colaiste Chill Mhantain. A solid effort from all the team ensured a Wesley lead, winning 63-35. Well done to all involved.

Huge congratulations to our Senior Girls team who had a tremendous win against Rosemont on Thursday. The final score was 41- 6. Special mention to Kristina McDonagh, Glory Ochonma Daniel, Abby O’ Doherty and Jane Sone Lenou who had fantastic performances. A great start to their league campaign. 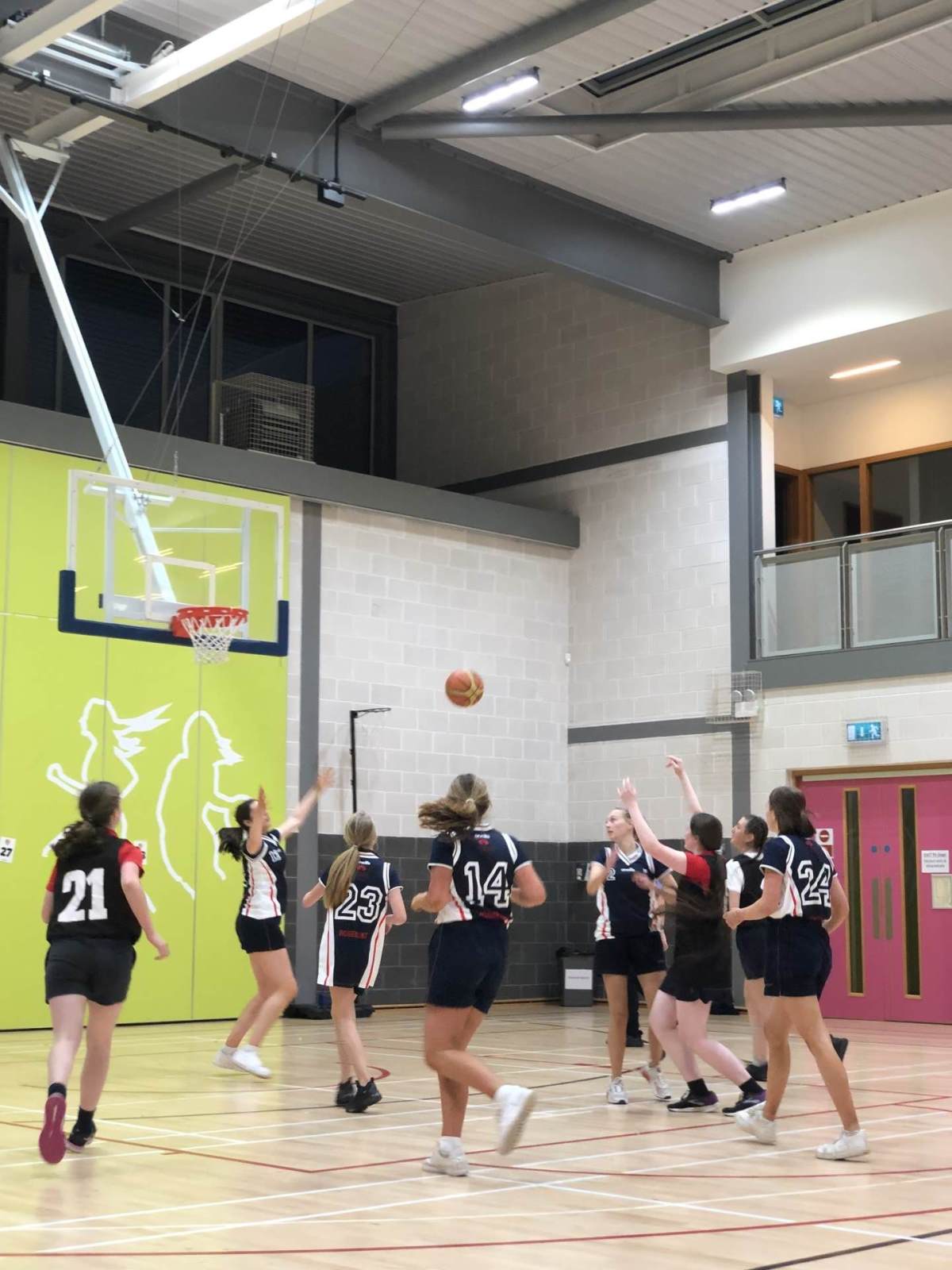