Well done to the Junior boys’ team who competed in the Clonliffe Harriers Cross Country competition on Wednesday, claiming 1st place and gold overall. The team consisted of Jamie Byrne, Killian O’Brien, Antoine Roquette and Niall Gleeson. Special mention for Jamie Byrne who achieved a silver medal in the race.

Congratulations also to Faye Dervan who achieved a silver medal in the Senior girl’s competition. 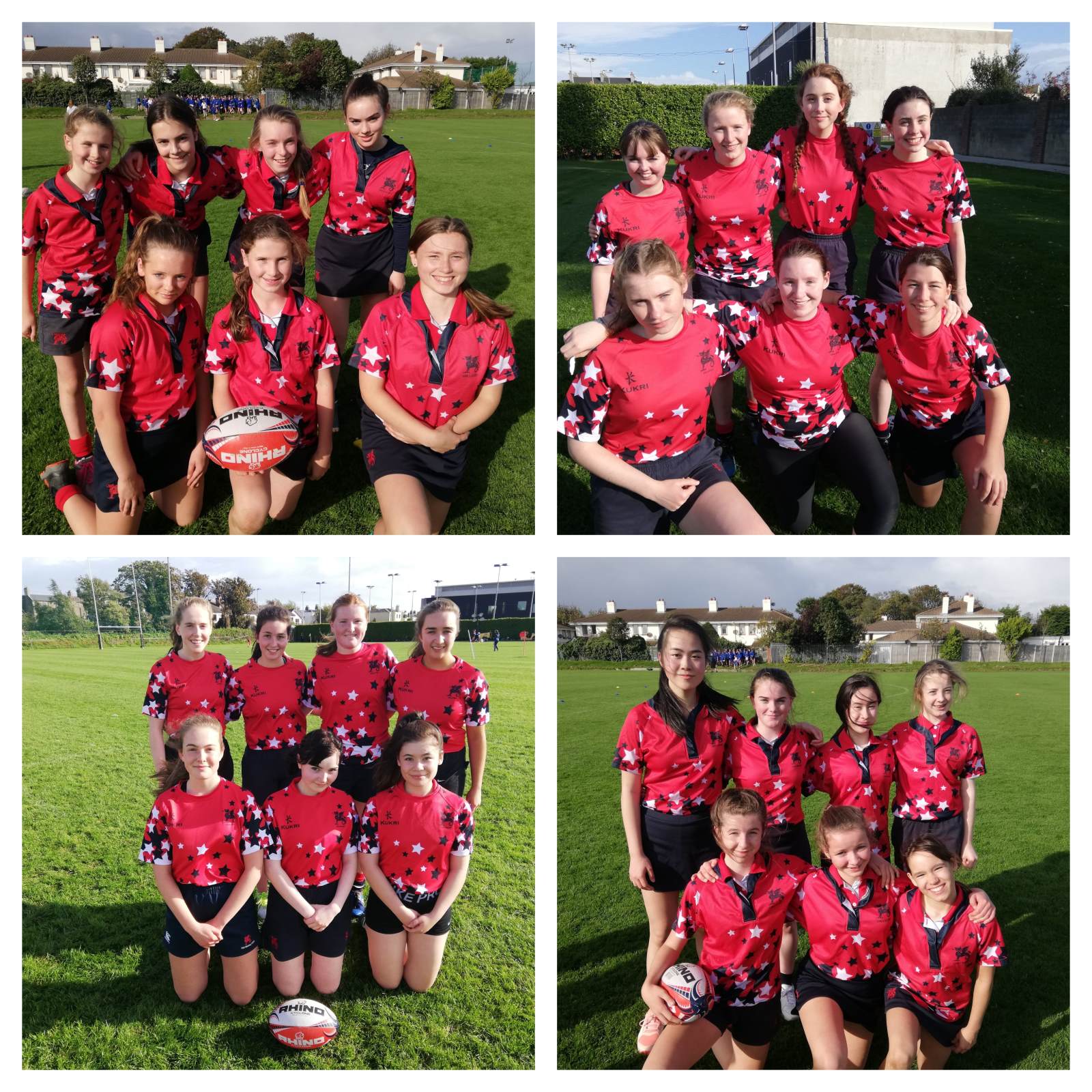 Well done to the Junior As who had an excellent win in the first round of the Junior Cup 6-0 against Temple Carrig. Wesley dominated the game from the start and Mikayla Power opened up the scoring with Siuin Woods, Tara Galbraith and Lara O’Connor following suit. Great team performance, well done. The girls also beat St. Gerard’s on Saturday 4-0 in a friendly. 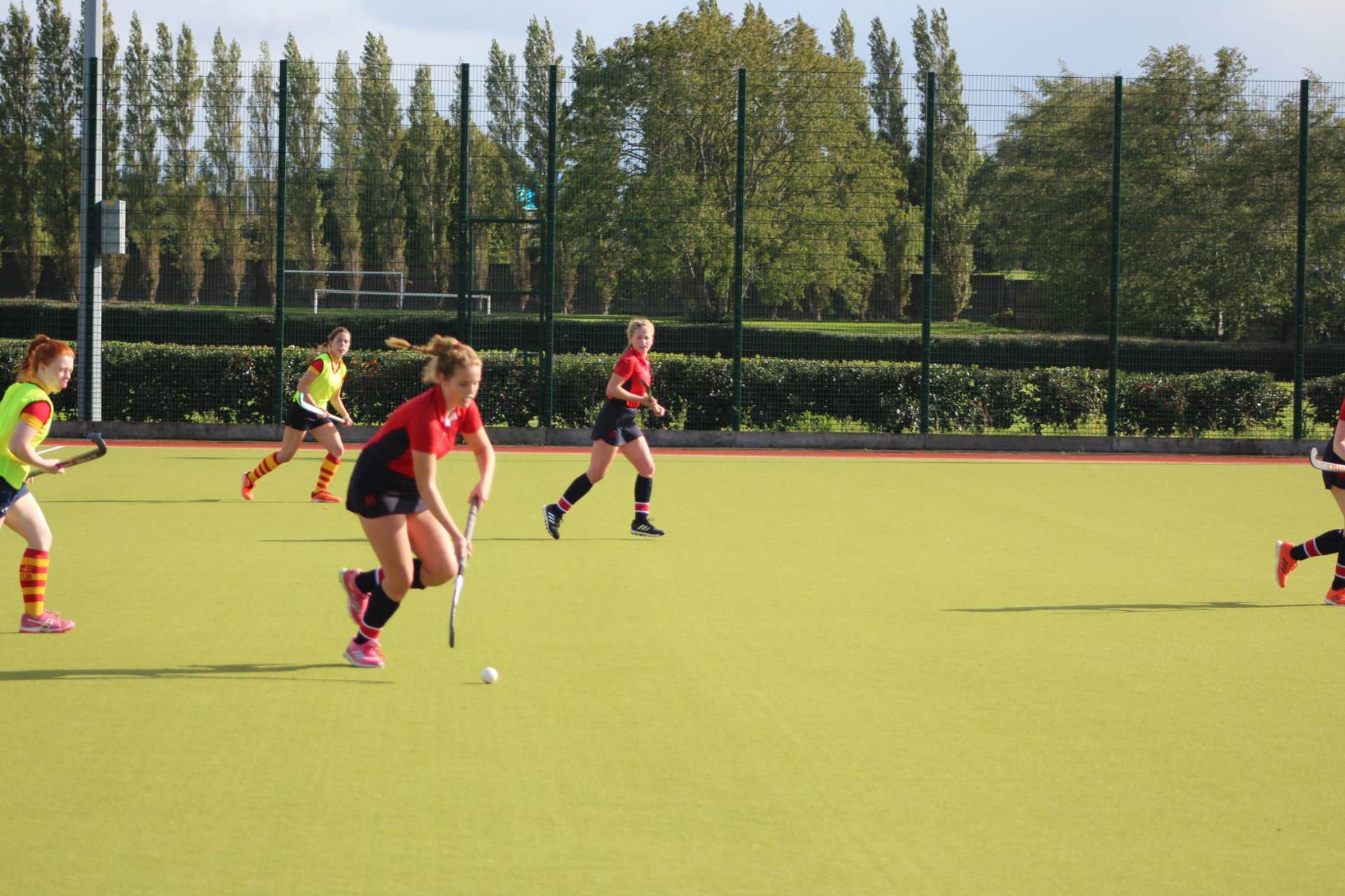 The Junior Bs won 4-2 in their league games against St. Andrew’s. Goals from Molly Fitzpatrick and a hat-trick form Ella Power. The Minor Bs also beat against St. Andrew’s 1-0. Ruby Monaghan scoring the only goal of the game. The Junior Cs and Ds played St. Gerard’s on Saturday. The Cs drew 1-1 while the Ds won 3-2.

Well done to the first years against St. Andrew’s on Wednesday. The Sharks lost and the Dolphins had a great 2-1 win, Mia Fromholz and Ella Walshe scoring the goals. The Starfish had a super 5-0 win, and the Clownfish had a disappointing loss. Well done to all the girls on a great effort.

Well done the SCT XV who had a marvellous bonus league victory over Cistercian Roscrea on Wednesday afternoon. Sixth Years Jamie Metchette and Luke Fitzpatrick both crossed over for two scores each with out-half Sean Verdon adding an additional score. Jack Atkinson added a further six points to the score line with three conversions. 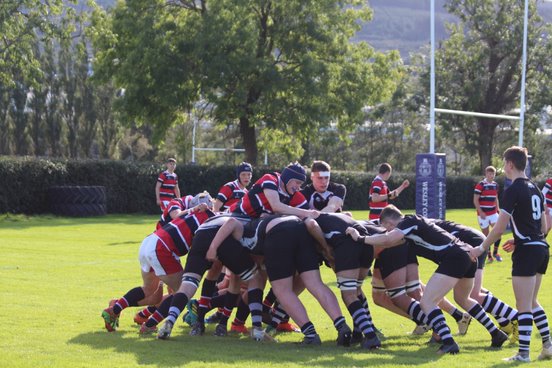 The JCT XV were beaten by a strong Cistercian Roscrea side. Well done to 2nd Year Ed Collins who scored both of the Wesley tries in this match that were duly converted by Jonny Cazzini.

The U-15 A & B XVs were both defeated away to King's Hospital. The B match was a particularly enthralling encounter with end to end Rugby being played by both teams.

The U-14 & B XVs both had convincing wins at home to King's Hospital. In the A match, Max Brock, Charlie Hempentstall, David Gilmore, Christopher McLaughlann-Hickey, Jack Freyne, Louis L'Estrange and Tom Burke were all on the score sheet, Charlie added a further 14 points from the tee with seven conversions. 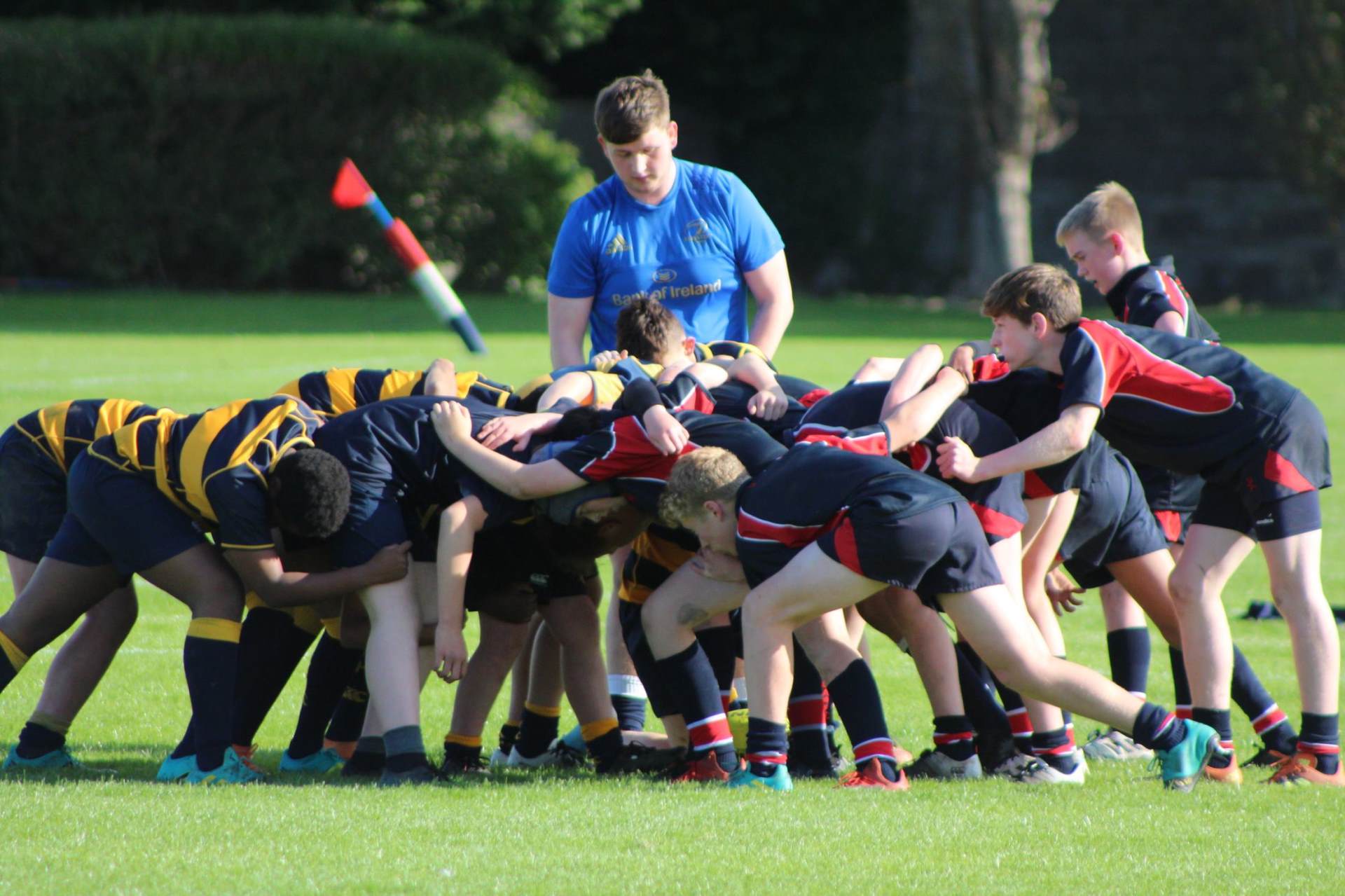 In the B match, Jack Duffy and Jose Saturnino put in exceptional performances in a super encounter. Well done to Charlie Mitchell, Louie Agar, Sam Ryan, Christian Ryan, Joe Cullen and Sasha Clinton who were all also on the score sheet. 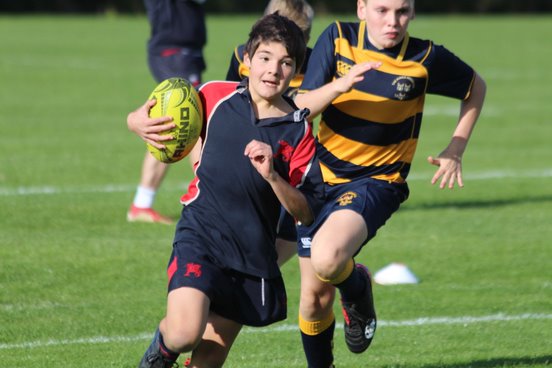 Well done to the Senior Development XV who won their blitz against CUS and Terenure College on Saturday morning. The team defeated CUS 21-5 with scores from Reid Cockrell, Adeola Ogunyemi and Matthew Golden. Jamie Fish kicked all his three conversions in this match. Against Terenure College, we won an enthralling contest 15-10 with two scores from Toby Durham and one from Ryan Jones.

A win for show jumping team at Barnnedown Gorey on Sunday. Jack Murphy and Holly Duggan jumped very well-judged rounds against the clock to beat three other teams in the timed jump-off. Siun Handley and Holly Micklem were the other team members who helped the team score zero fault to make the jump-off. 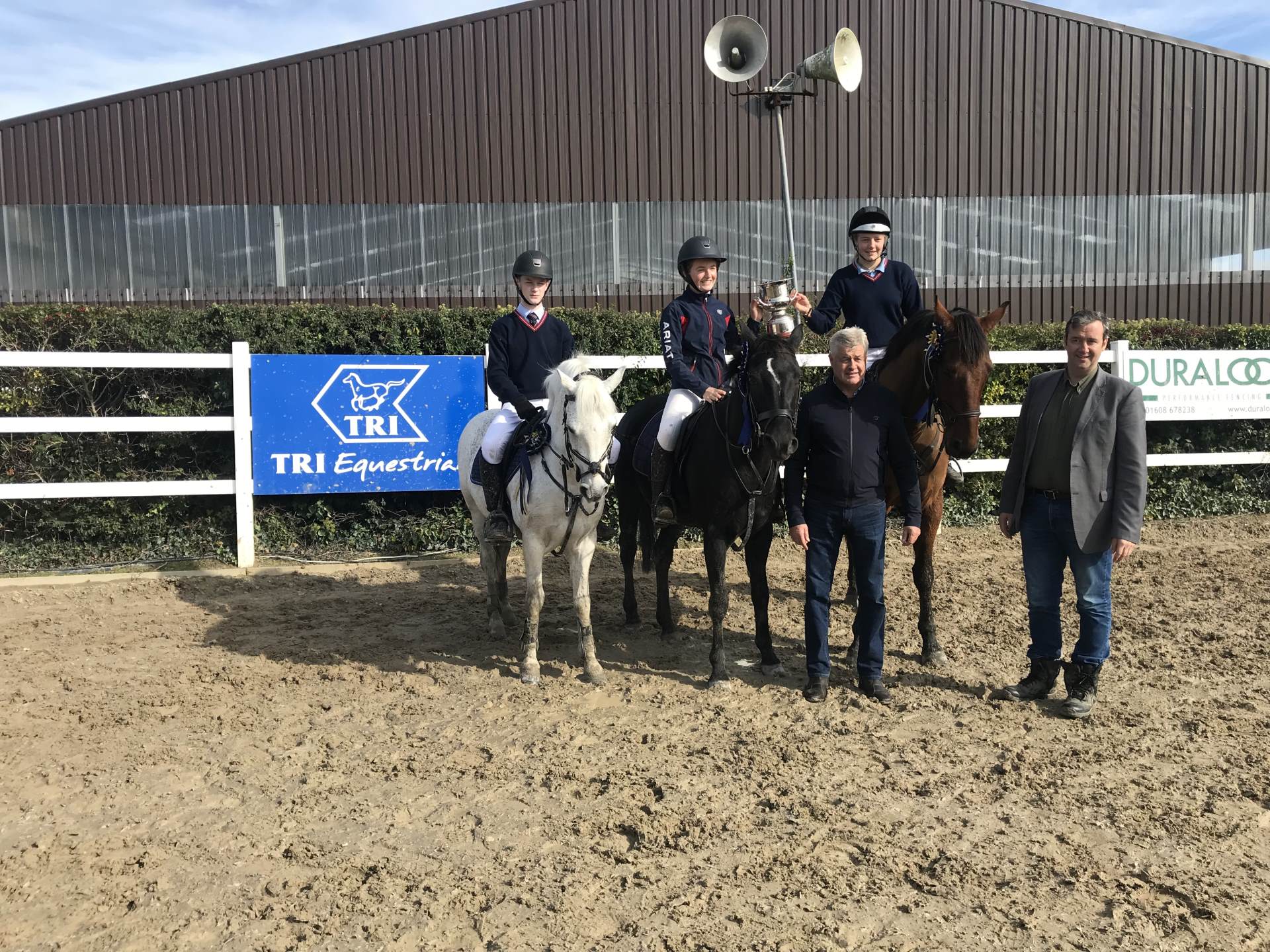 Another Wesley team comprising of Juliette Keyes, Grace O’Shea and Jennifer Boland took 5th place in the same competition. This win puts Wesley top of the league after 5 events. 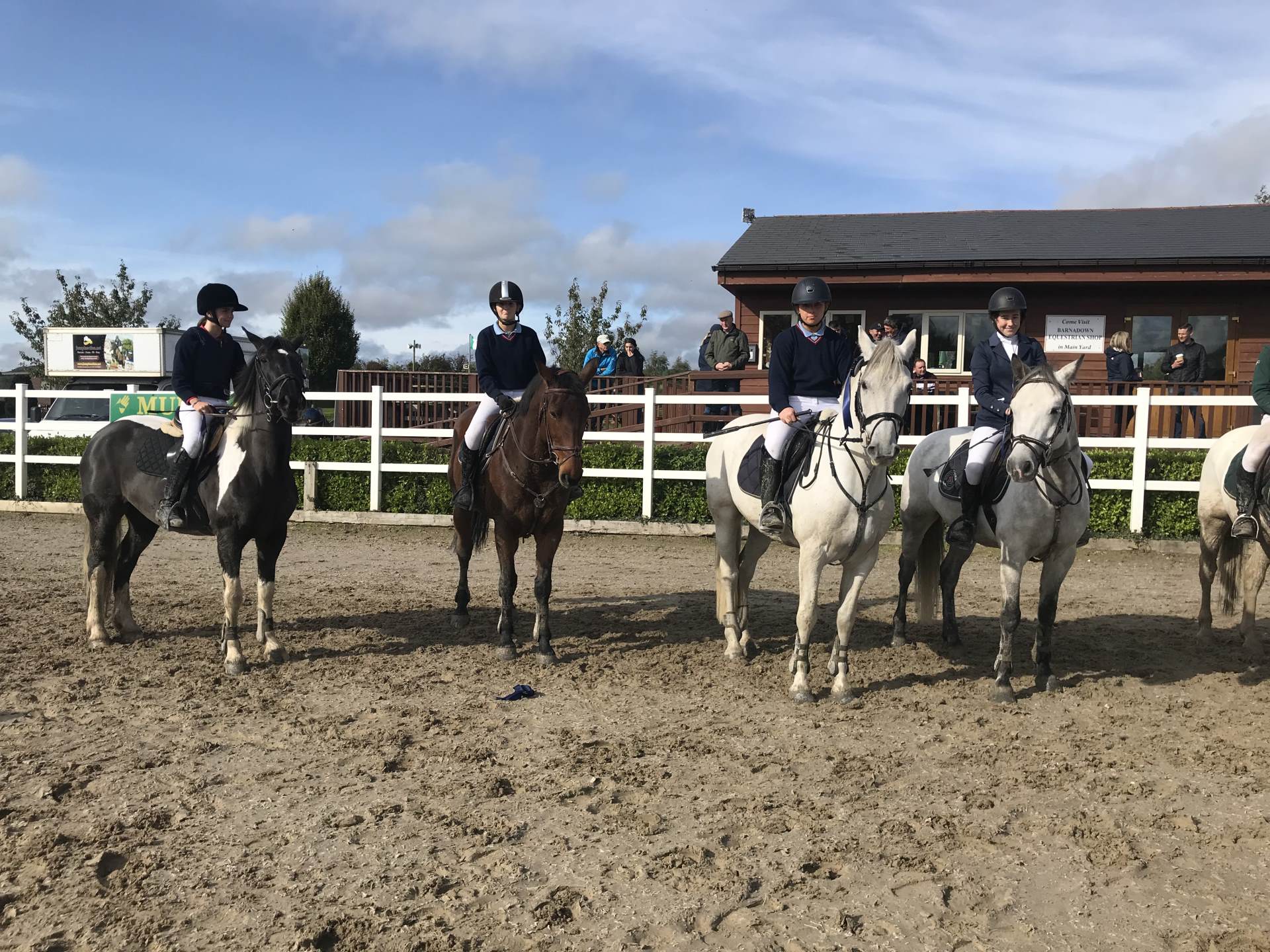 Jen Boland stayed on to compete in the Open Individual speed class and she finished 3rd out of 35 classes competitors. Grace Berry joined Presentation Wexford in the Novice team event gaining valuable experience in the process.

Well done to all the jumpers on an impressive day’s work. 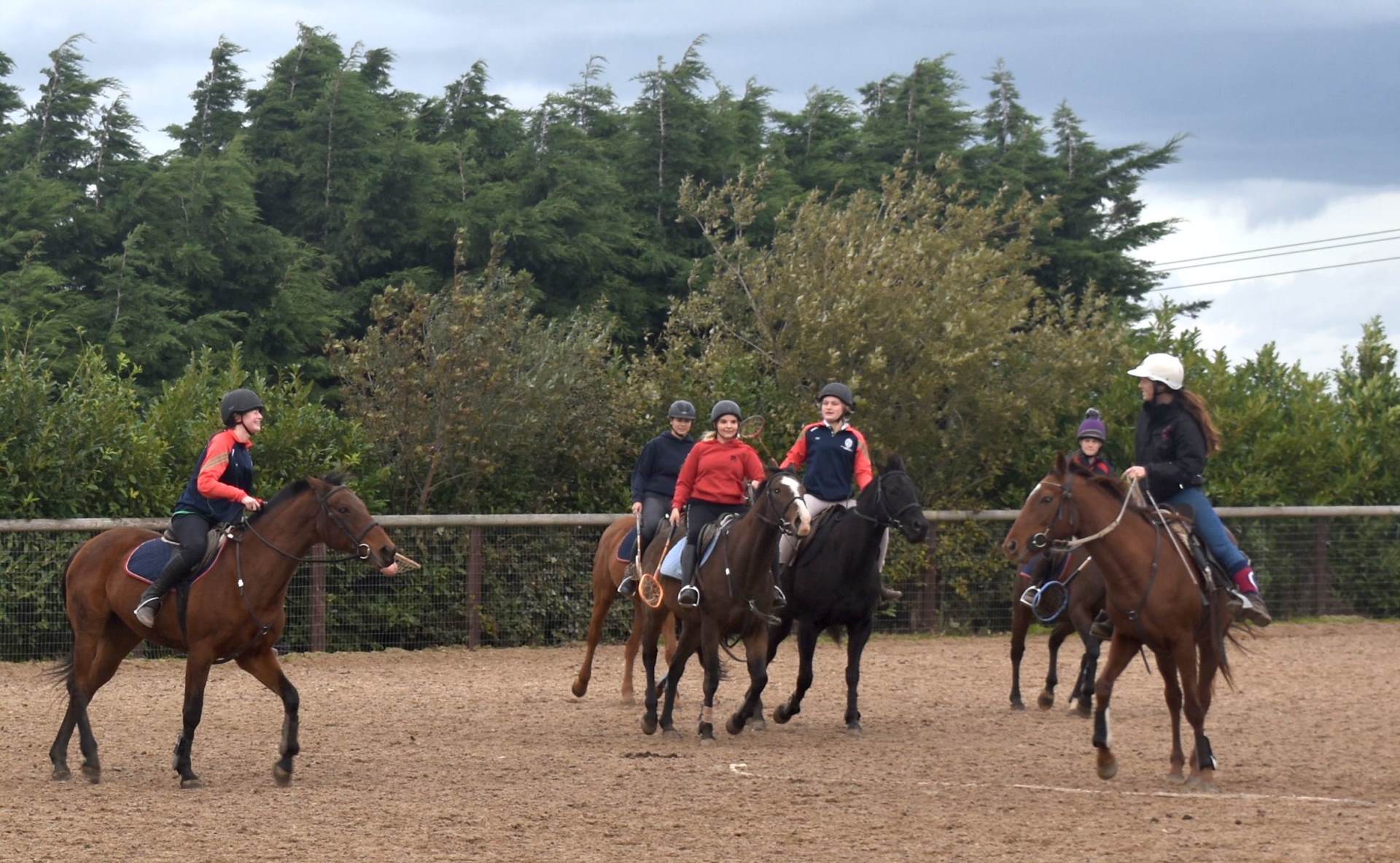 Three matches took place. Jack Murphy, Charlotte Slowe and Juno Dockeray won their match 5-0. In the second match a Columba’s rider joined Chloe Cullen and Lucy Goolding to make up the third rider on our team and helped us by scoring 2 goals but Wesley lost this match to a stronger and more experienced group 4-2. The final match was a very close contest with Columba’s scoring early but great defensive work from Jack Murphy keep us in the match. Some great play from Juno and some good attacking play and goals from Charlotte secured a 4-2 win.