The first of the girls Inter-provincial matches took place last Sunday with the Leinster U18s loosing and the U16s winning, both playing Connacht.  South Leinster drew both their U18 and U16 games. Well done to all of you girls and good luck over the coming months in your games.

The U14 boys made history for Wesley College in taking part in the first GAA match against St Vincent’s on Thursday. The boys put in a great performance and obtained a well-earned 5:3 to 2:3 win with some flashy goals from Conor Foody, Eoin O’Dowd, Tommy Cullen and Luke McKiernan.  It was a great team performance, congratulations and well done to all who took part. 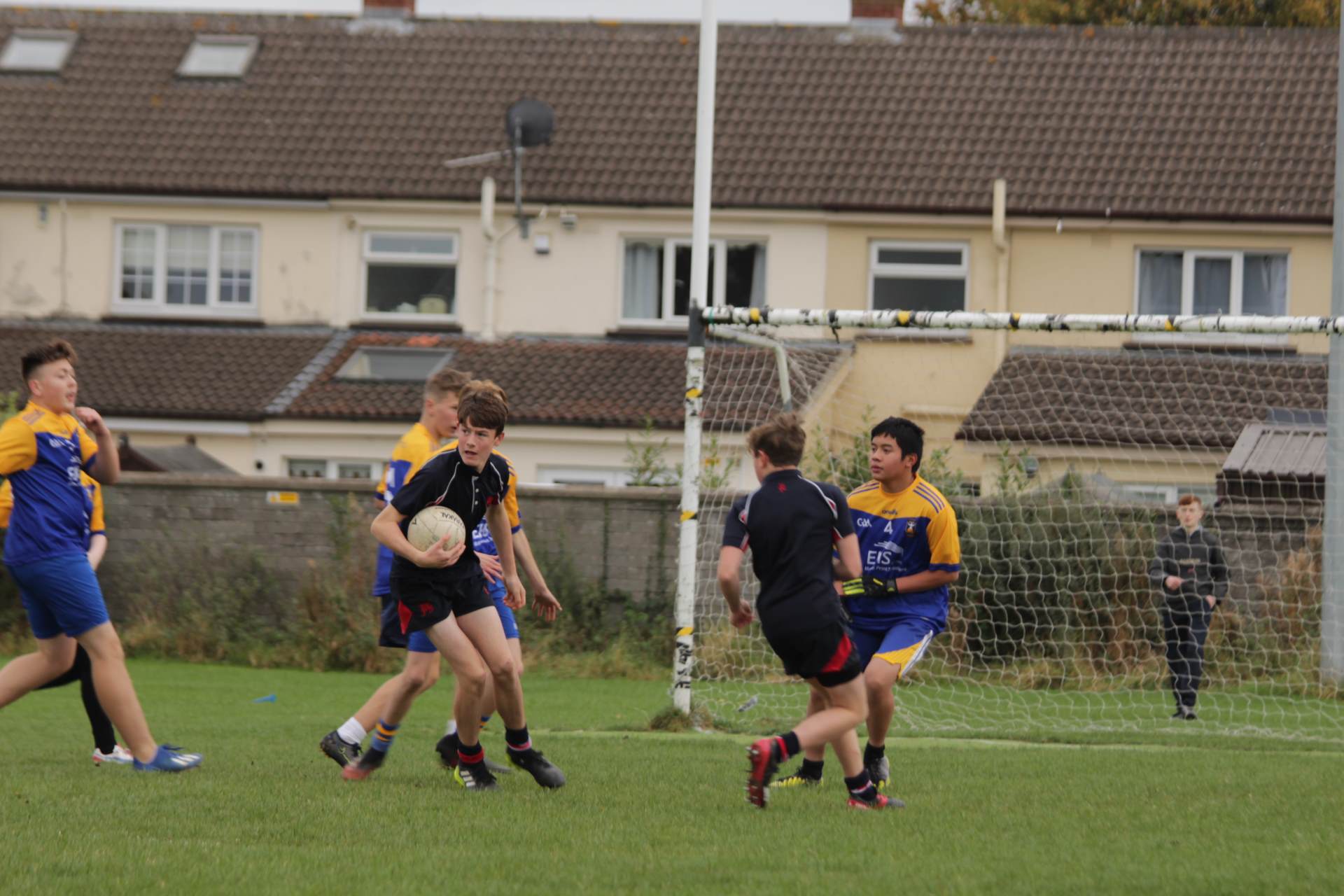 The Wesley College students who play Polocrosse train every Thursday. The first group train from 4.30pm - 5.30pm and the second group train from 5.30pm - 6.30m. Polocrosse is a fantastic game, and the students train hard and have a lot of fun. It is fantastic that the students will have the opportunity to play matches against St. Columba’s College after the mid-term break. If you have any interest in getting involved, please talk to Ms. Savage. 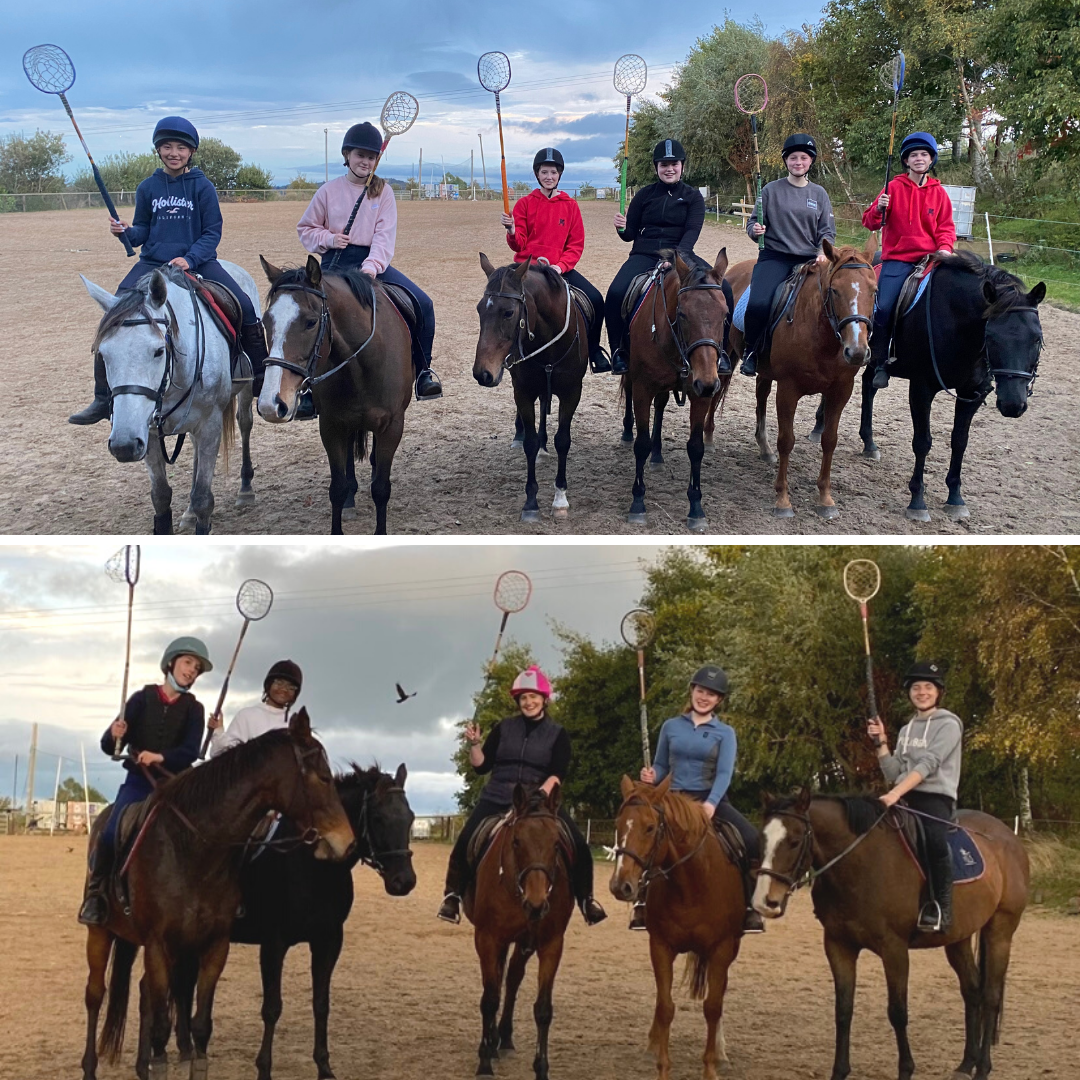 The Wesley Open team made a good start to the season in Mullingar Equestrian Centre at the weekend, with Holly Duggan, Emily Crawford and Grace Berry all jumping good rounds;  just missing out on a top place due to one pole being lowered. Emily Crawford and Maresa Vard put in very promising performances in the individual classes.

Next weekend the teams travel to the Colaiste Bhride in Gorey, as holders of the Open team title here, and they will be trying to hold on to the trophy for another year. If you are interested in getting involved with the Wesley Show jumping Team, please contact Mr. Garland or Ms. Savage.

The Junior girls' rugby teams train every Tuesday afternoon after school from 4.15 pm until 5.30 pm and the Senior girls' rugby team trains on Mondays from 4.15 pm – 5.30 pm. The girls are being coached by retired Ireland player and Leinster coach Maz O’Reilly, current Leinster player Emily McKeown and the teacher in charge of girls rugby this year is Ms. Savage. Nearly sixty Junior girls and around twenty Senior girls have signed up and trained over the last five weeks. It is fantastic to see so many girls involved in rugby in Wesley College. The girls started out playing touch rugby. However, most are now eagerly learning the skills involved and gradually making the transition to full-contact rugby. The girls are looking forward to upcoming matches and blitzes. The first of which is a blitz hosted by Bandon Grammar, on Wednesday 20th, in Kilkenny Rugby Club. 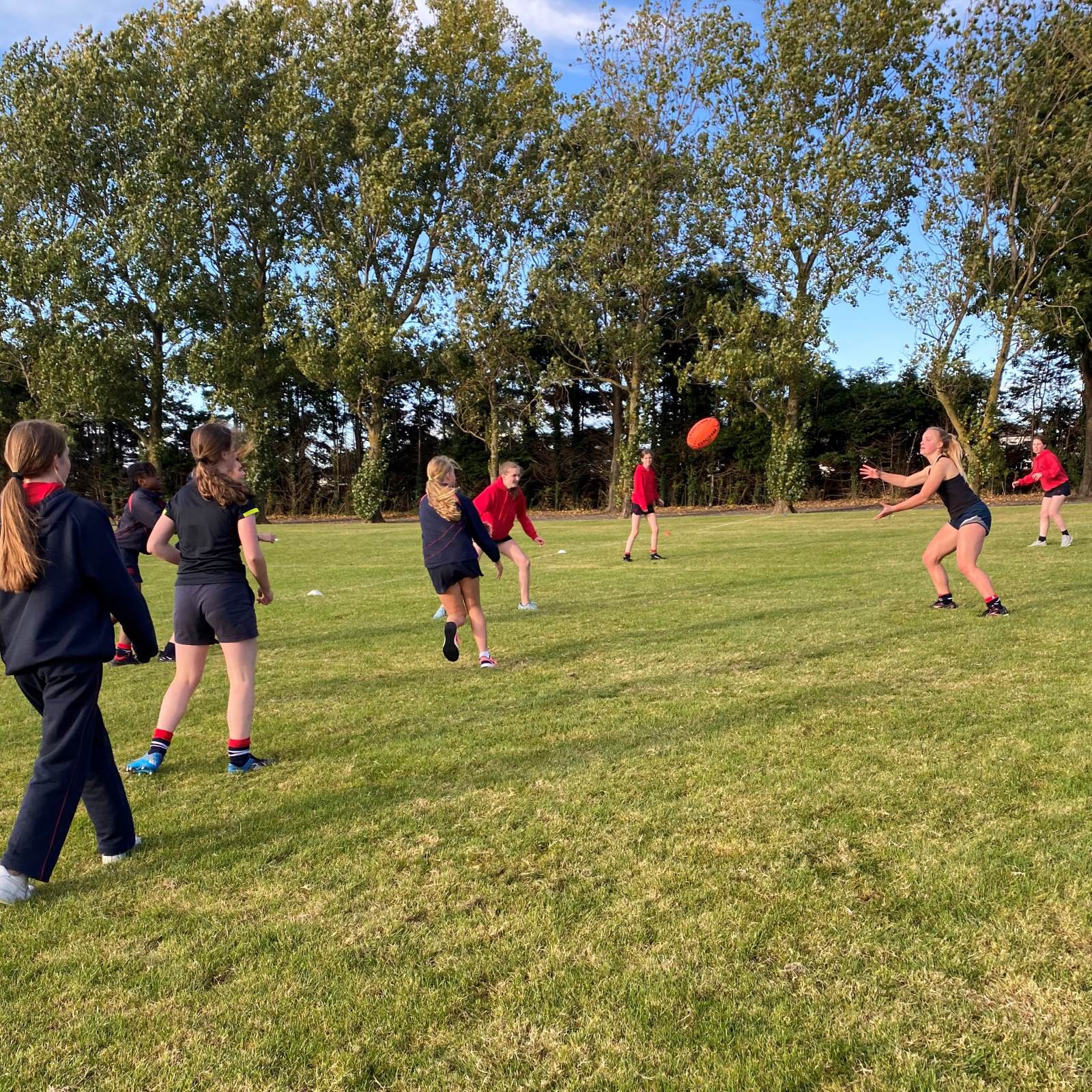 The U14 red team had a 29-10 win against CUS Saturday morning. Wesley played some good rugby throughout the game and were rewarded for their efforts with fine try's by Oliver Gaynor and Jonah Nathan. Thiabult Campbell had an excellent game and he managed to score a hat trick of try's. Honourable mentions to Simon Montgomery who controlled the game well from out half and Cian Frederick's who made some big tackles and worked tirelessly throughout.

Wesley blues got off to a slow start against a sharp CUS outfit. Injuries plagued the struggling side in the first half and they trailed at the break 17 - 0. With many of the blues playing out of position and with limited experience, they had an uphill battle as they began the second half. Brave performances from Charlie Whelan, Lucas strong and Hugh Hamilton helped the blues battle back into the game and Jake Fulton dotted down in the corner and followed it up with a arrow straight conversion. This try was quickly followed up by a nice passage of play which saw Ross Collins find space down the wing and he slid in in the corner. With two minutes left on the clock and the score 12-17 in CUS’s favour Wesley began another offense up the field with strong forward plays however time was not on their side and unfortunately the match finished 17 - 12.

The U15 A’s had a good win against St. Mary’s B’s. Tries from Isaac Reid, Tom Burke, Markbryan Dodds, Charlie Simmons and two from Matthew Wystepek and six conversions from Alex Hamilton led to a 47-12 victory.

The U15 B’s had a superb game against St. Mary’s that went right down to the wire with the Wesley tries coming from Tommy Cullen, a hat trick for Jacob Fry and Rory Jones also grabbing a try with Rory Jones superbly converting all 5 tries. Unfortunately St. Mary’s took the win 36-35.

The U14 red team had a convincing 36-0 away win against Presentation College Bray. Captain for the day, Thiabult Campbell, scored a brace of tries and had an excellent game throughout. Cian Frederick's and Ross Collins scored a try each and both had fine displays. Charlie Byrne came off the bench to score two tries, the second of which was finished off after some fine ball handling skills by the Wesley players. Simon Montgomery controlled the game well from the out half position and kicked some good conversions. Honourable mentions to Liam Clarke and Conor Fox who both put in a huge effort.

The U14 blues, led by Charlie Whelan as captain had a dramatic 48-33 win versus Pres Bray. Wesley were playing uphill in the first half and it was a constant battle against Pres Bray. Wesley got off to a great start with a hard fought try for Harry Grainger in the first two minutes followed up by captain Charlie Whelan leading the pack to drive Wesley into prime position. However a strong Pres Bray team didn't give up and fought back with two tries that slipped through the Wesley defence. The break wasn't far away and Jonah Nathan create a chance to get a try. The break 15-14 to Wesley. Wesley once again started the 2nd half with great urgency to finish Pres Bray off with three tries from Jonah and Axel Roulston Jonah's kicking was excellent in the second half as he converted all conversions and put Pres Bray on the back foot. Key players in the background such as Conor Foody, James Wystepec, Louis Wang and Matthew McCarthy finished the game 48-33 to Wesley to cap off a super squad effort from the lads.

Commiserations to the Senior 5th Girls who lost 3-0 to Mt Sackville 3rds in their opening league match last Saturday.

The Junior As beat St Gerards 3-1 in a friendly with goals shared between Milla Fulton, Imogen Stanley and Meadhbh Scanlon. The Junior Cs lost 2-1 to the same opposition.

Having worked on transfers, outletting and an aggressive forwards press during the week, the Minor As started the game against Loreto Foxrock on the front foot. Aster McGuinness capped off an excellent performance with a hat trick. Link up play and ball pace was excellent and leading from the midfield and front line made our build up play easier with space. An excellent game all in all, with a clean sheet, leaving ourselves at a positive place to start the season.

This Minor B’s matched the A’s performance with a 3-0 win against Foxrock. While the Minor Cs had a great performance, winning 2-0. Nicola Langeheld opened the scoring a lovely goal from the tightest of angles. Ruby Wilkinson got the second with a nice hard slap from the top of the circle into the bottom corner. Isla Chambers had an absolute stormer with great energy throughout the game and lots of great skill on show too. 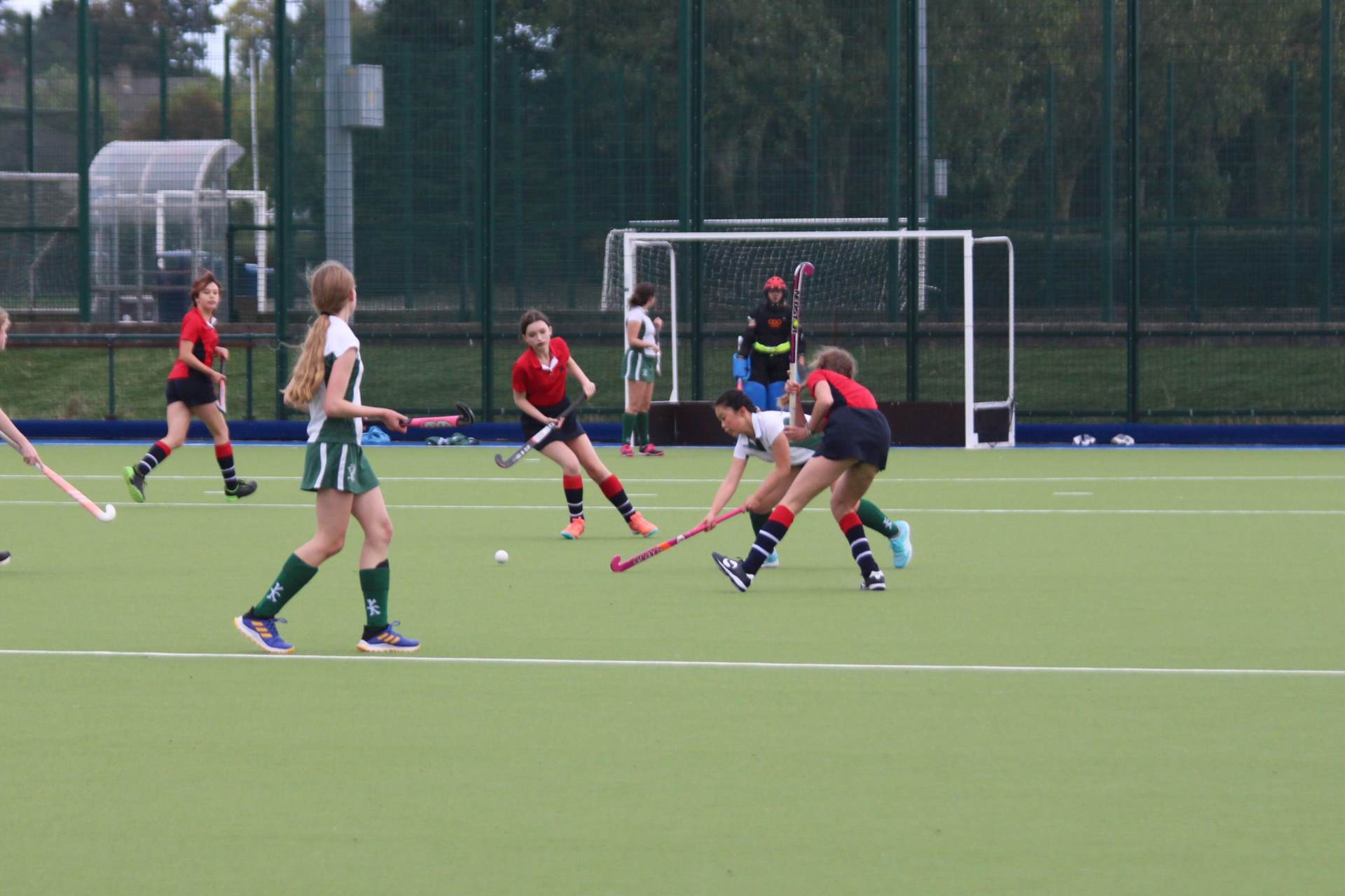 The Senior 2’s had a convincing 5-0 win against Loreto Foxrock on Wednesday afternoon, while the 3’s won their game comfortably, 4-1 against the same opponent. 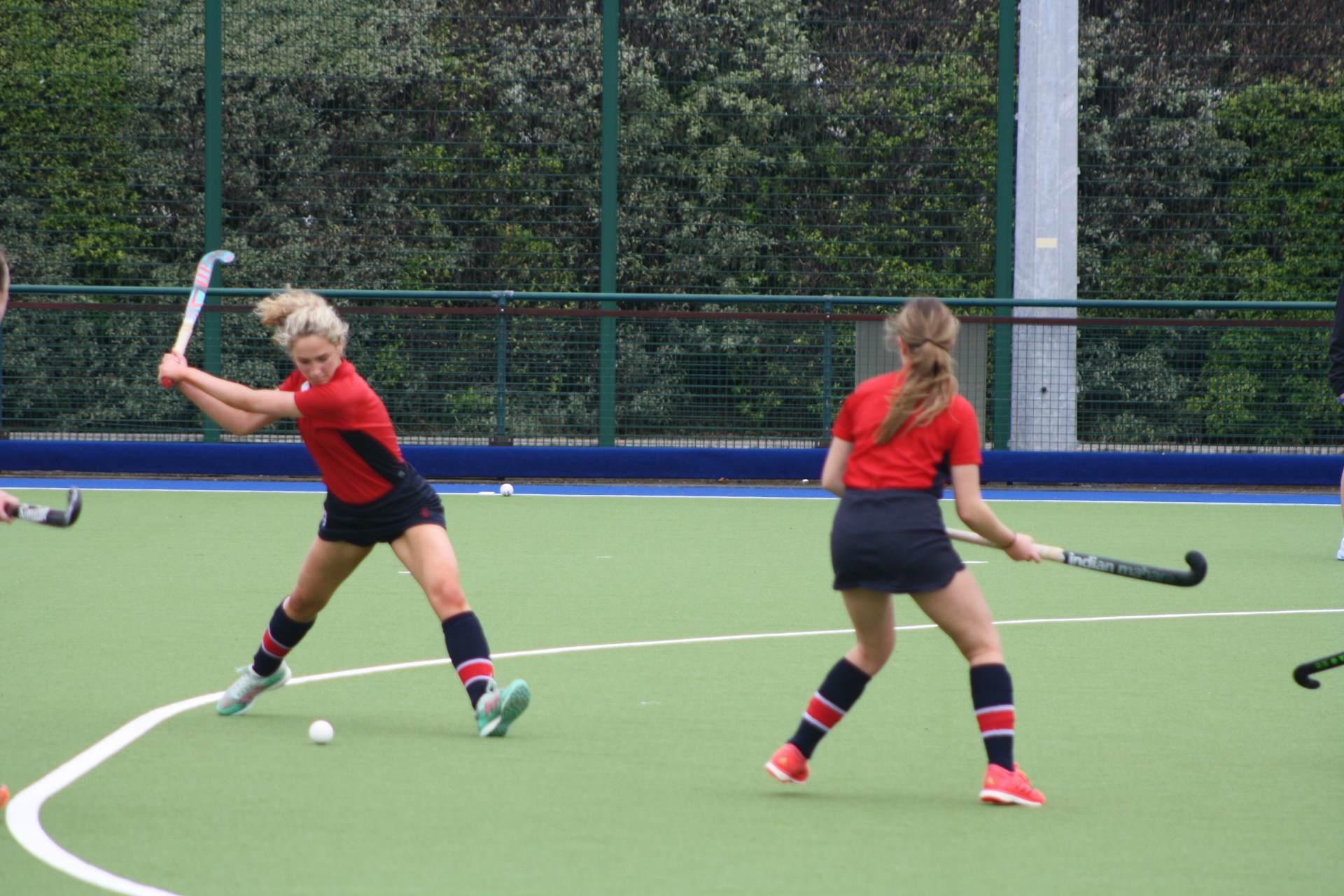 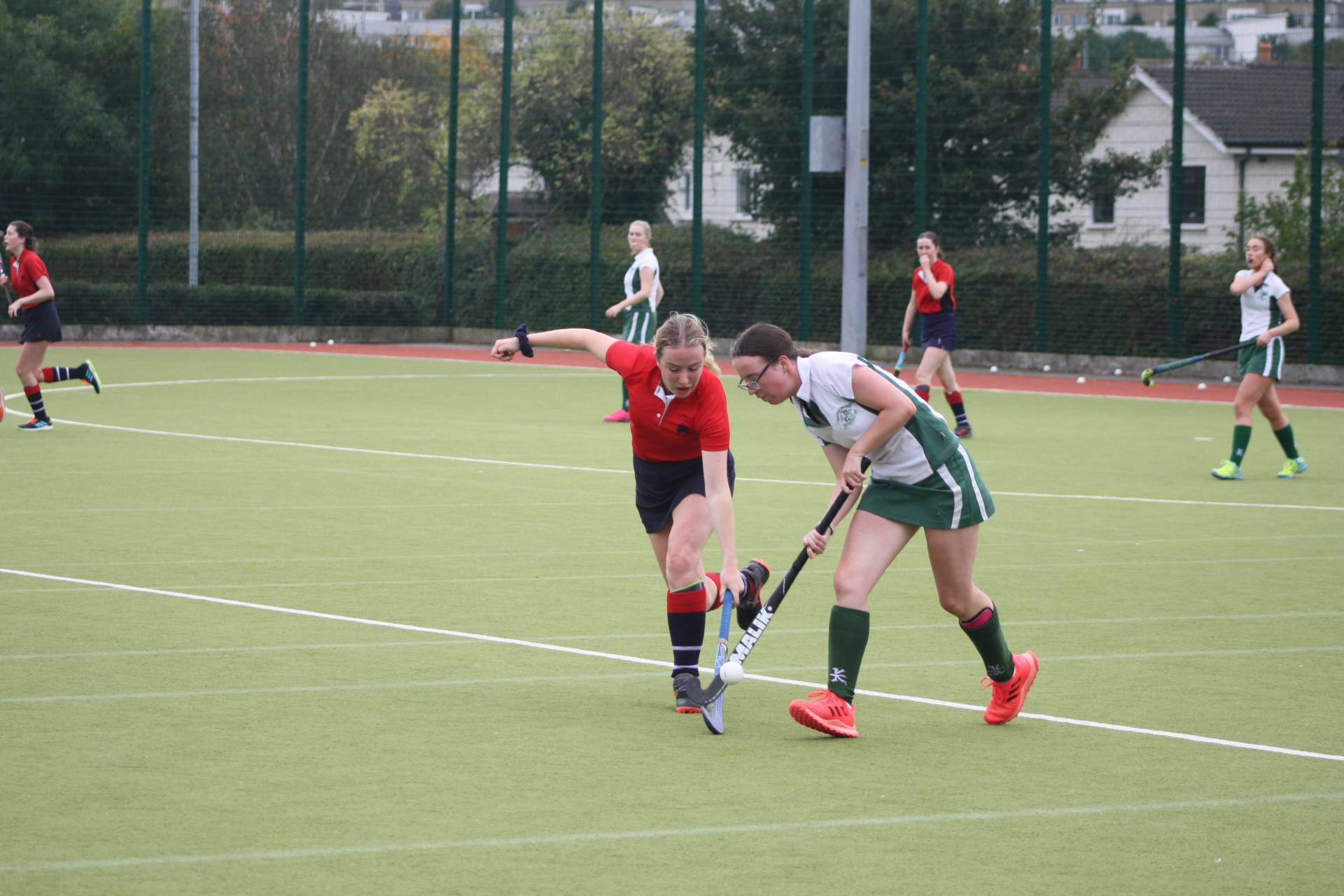 The Junior A’s beat Loreto Dalkey in their league game, 1-0, thanks to a goal from Milla Fulton. 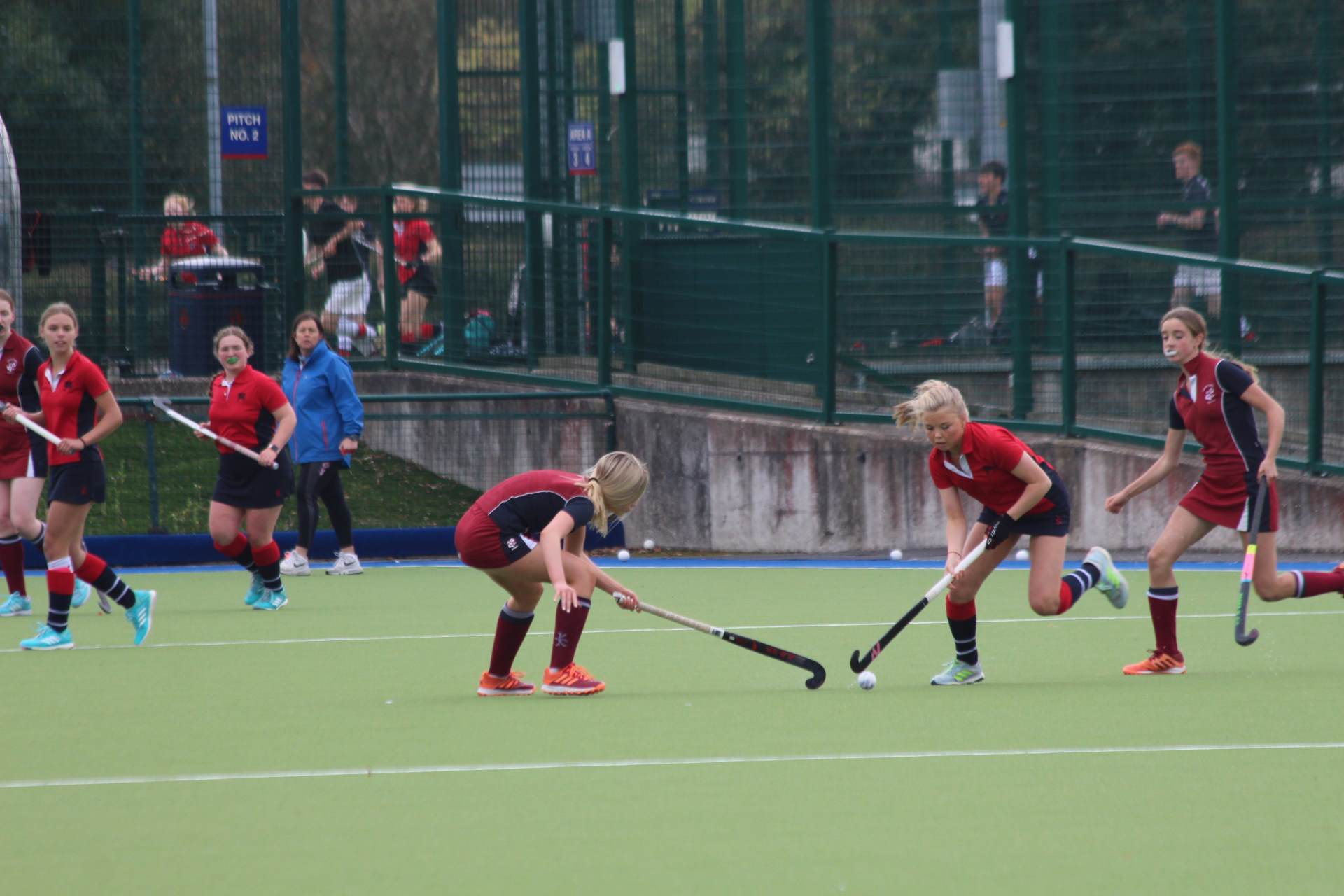 The Junior B’s, D’s and Minor C’s all played Loreto Foxrock in friendlies, coming out with 1-0 wins across the board.

Commiserations to the Junior B's who lost 3-0 to High School As in their first league match. 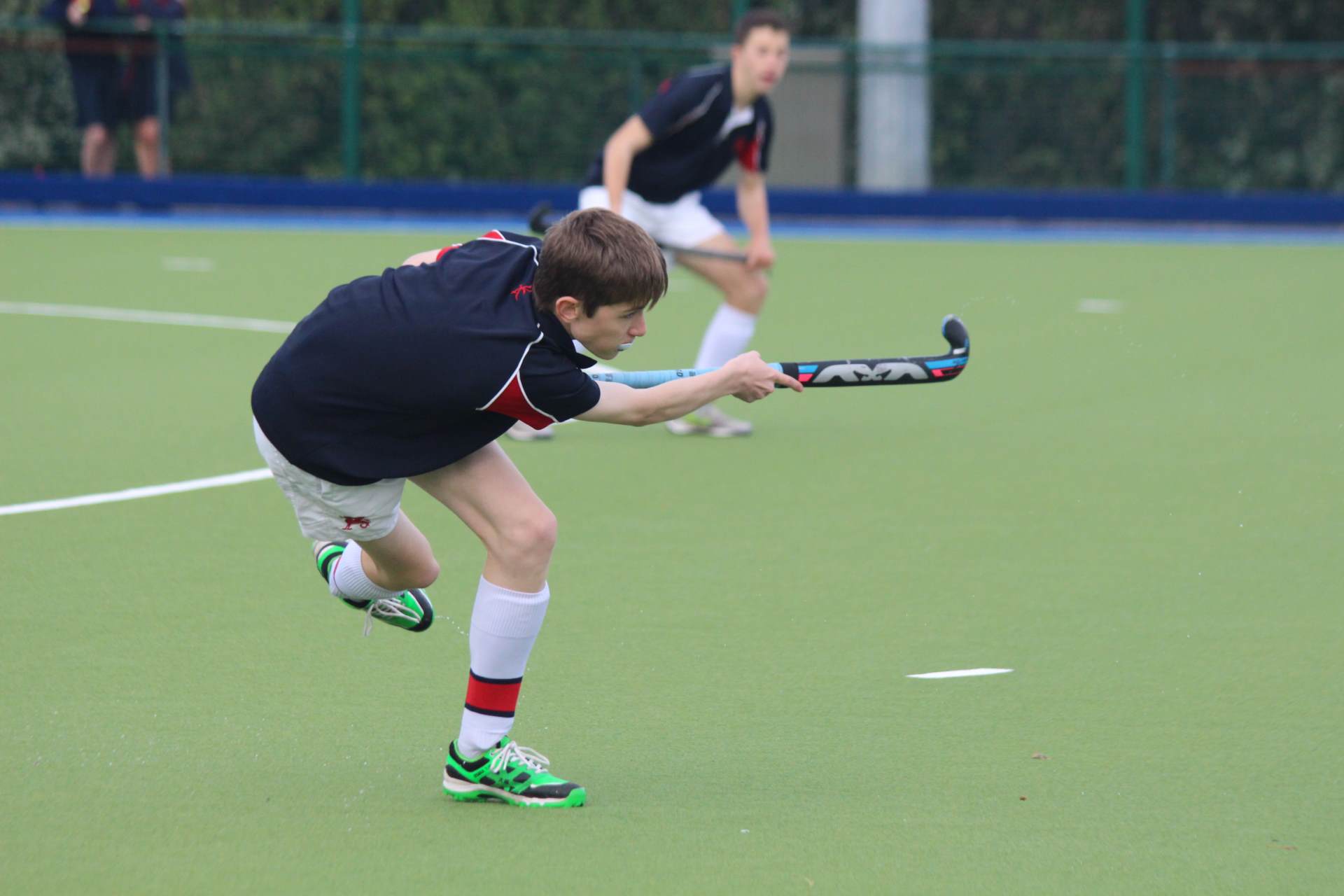 U16 B's vs The High School Gallery

Senior 1s beat St Andrew’s Bs 5-0 in their league encounter on Wednesday. Conor Walsh scored a brace while Josh Gill, Ben Stewart and Gordon Bernon also got on the scoresheet.

The U14 C’s had a good, competitive game against Sandford Park with both defences holding strong resulting in a scoreless draw.

The Senior 1st girls played the U16 A boys on Wednesday afternoon in a training game. Check out the photos below:

Senior 1st Girls vs U16 A Boys