Congratulations to Jamie Byrne (Transition Year) who whilst representing Leinster at the All-Ireland schools Athletics meet in Santry last week achieved a Personal Best (PB) of 8mins 44 sec in the 3000m, (amazingly that's 12 seconds faster than he has achieved before!). Jamie's performance saw him gain the bronze medal overall. 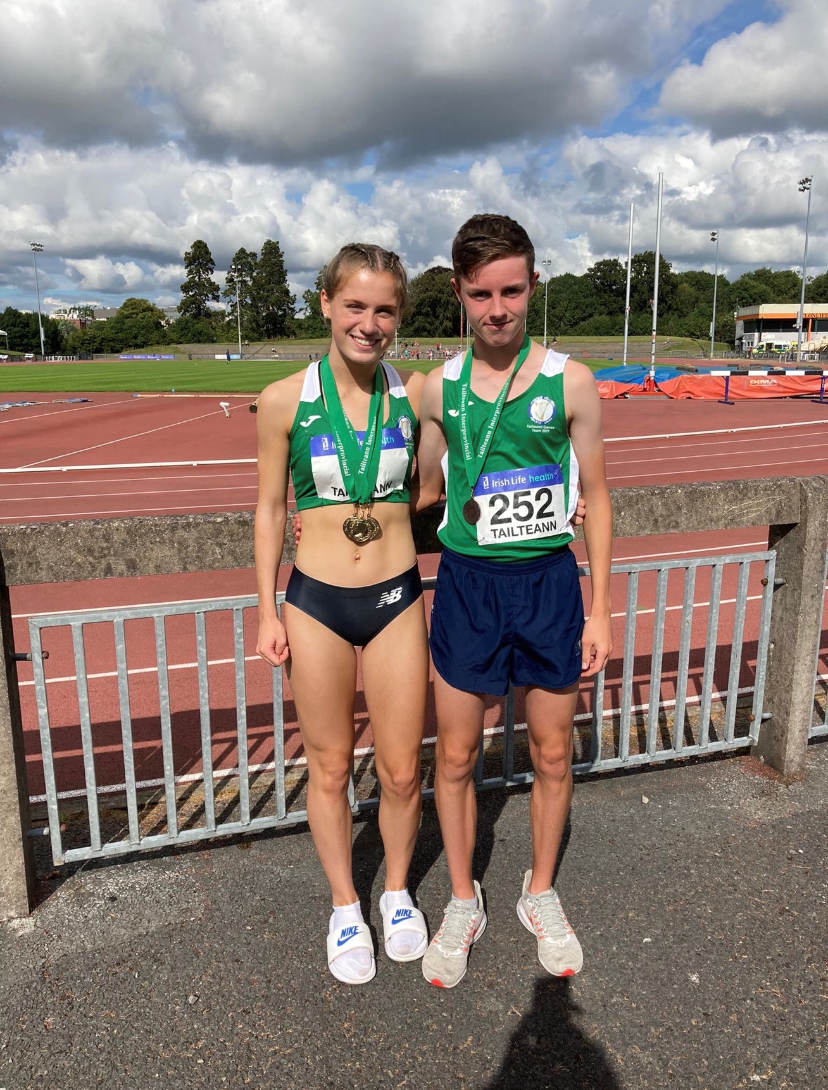 At the same competition, Renee Crotty (5th Year) blew the opposition away in all three of her events, winning gold in the girls; 200m, 300m and 4x300m relay. Renee will now represent the Irish schools team at the SIAB Schools Track and Field International championship on the 25th of September at Moorways stadium in Derbyshire, UK. Further to this Renee has also been selected as the Irish Team's Captain for this event, we are extremely proud and wish her every success.

Not only is a great to see the boys teams back at training outside over the last two weeks but we are delighted to have a girls team this year also. We will be looking forward to matches starting with them as the teams work together on their drills and tactics. You can check out more photos of the girls and boys training in the sports gallery. 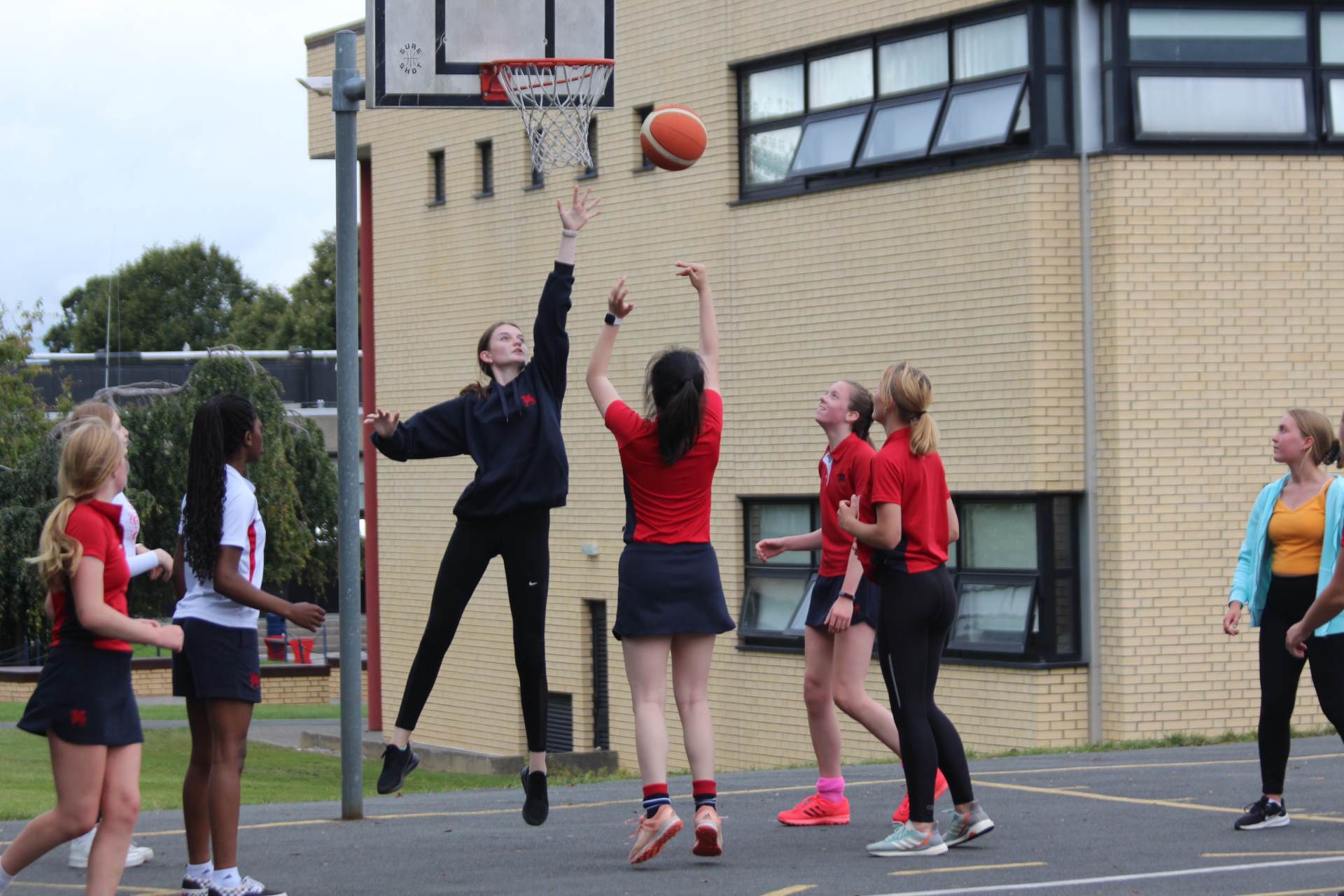 The new and returning badminton players have been delighted with the good and still weather as of late as they train outside on the grit and grass pitches. That said, we are looking forward to seeing them go back inside next week, giving the ever growing numbers at badminton a chance to really show there skills and improve. Check out more photos here. 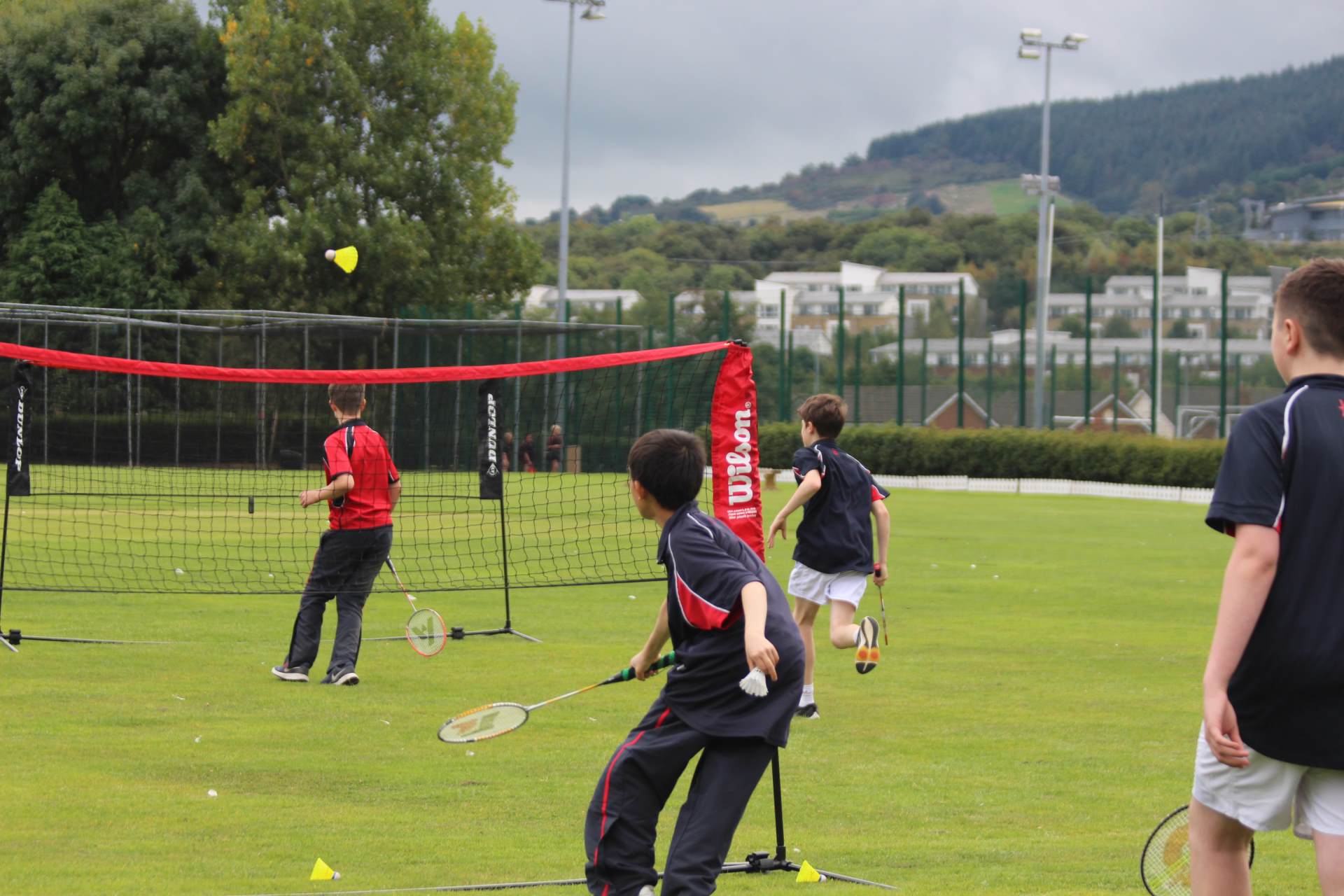 It has been great seeing all the students back out on the rugby pitches and getting involved with their teams.

The SCT played their first game in well over a year, away to St. Michaels last Saturday losing out in the end to a strong Michaels team. They took a lot of positives and learnings from a very strong first half showing in particular with a try from Tom Geoghegan converted by Jonny Cazzini. The extended Senior squad then followed that up this week with a great win away at The High School on Wednesday with tries from Jack Roberts, Jamie Walsh, Dean Cox and Luca Clinton.

The Juniors were the other team who finally got back playing some matches in preparation for their cup at the end of this month and after an internal game last Saturday went up against a strong St. Mary's side on Wednesday with two fixtures giving the coaches a chance to see everyone and some great individual performances. You can check out some photos from the matches here as well as some of the U14 training sessions. 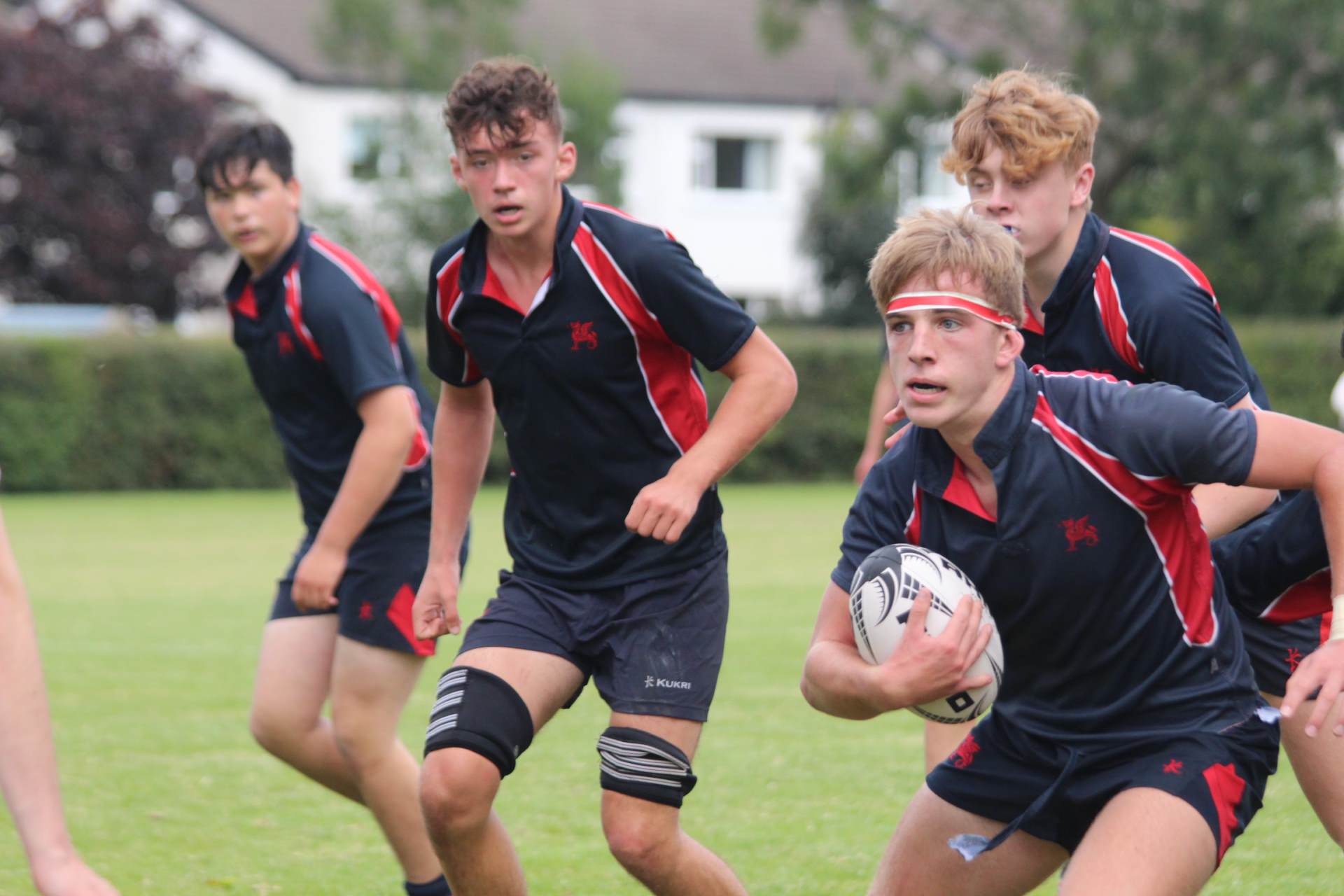 Both JCT and SCT have two teams out this Saturday against St. Gerard's as they look to continue their preparations for their competitive fixtures.

The girls are also back up and running again with some great numbers and great weather to welcome everyone back onto the pitches as they got to meet their new coaches for the year in former Irish international Maz Reilly and current Leinster player Emily McKeown led by Ms. Savage. The 1st and 2nd years have come back with a bang as well showing some great potential as they all build up to their first games in the Wesley colours at the end of the month.

Hockey is back up and running and we are delighted with the high volume of new players this year, as well as returning faces. With training sessions and internal matches the coaches of each age group are looking to select the teams and place each player in a suitable level. There’s been great excitement with the internal matches between the Senior girls playing the U14 boys and Junior boys, giving plenty of lessons learnt to all involved. To top off the excitement, external matches have now been given the green light and we look forward to those taking place, starting next week. Check out the galleries of some of the sessions over the last two weeks here. 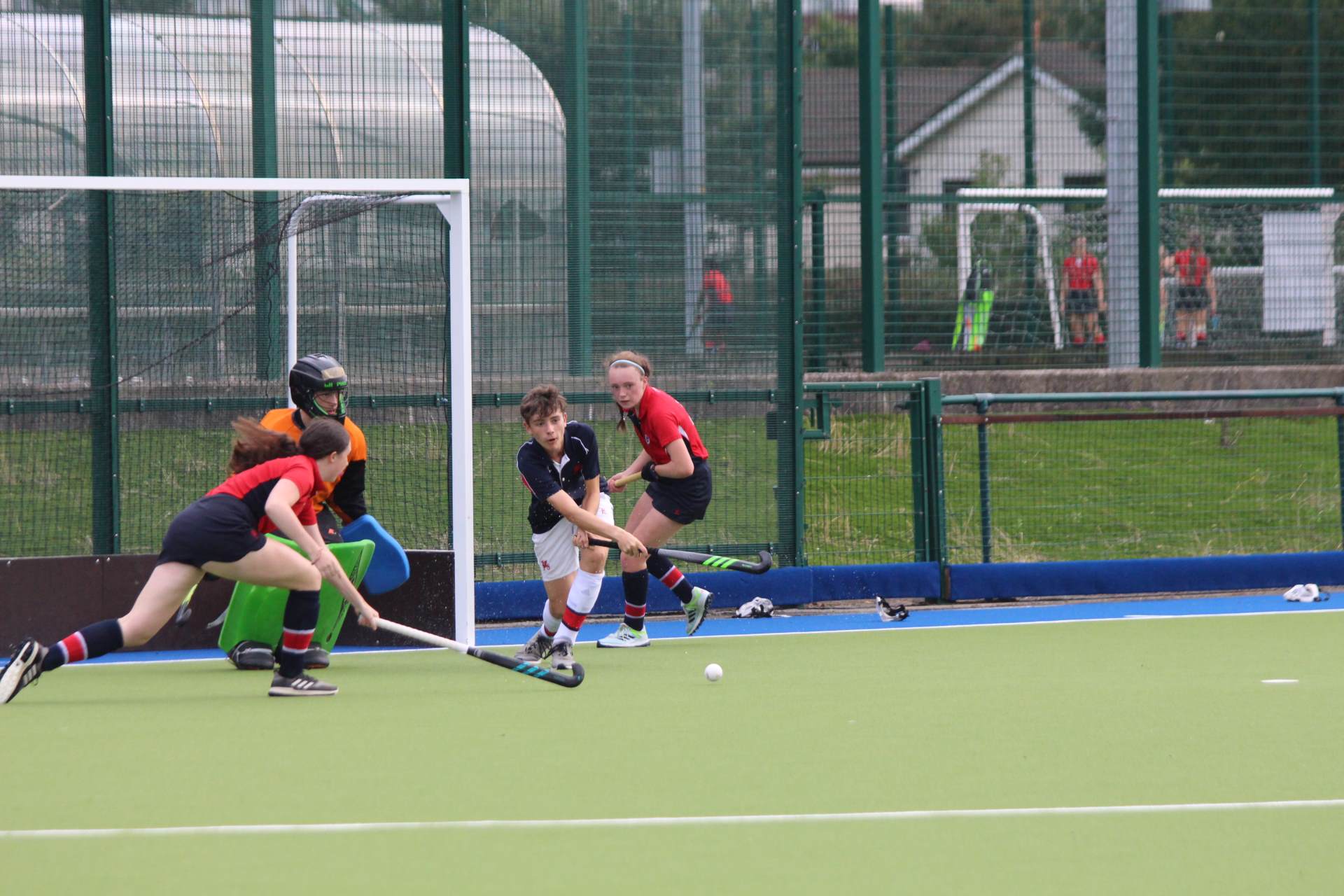