Another historic week for basketball in Wesley College as the Senior Girls won their league. As well as this, they did so in their first-ever season entering the competition. The match was against Adamstown Community College. They have exceeded all expectations and have made the College very proud. Well done girls. 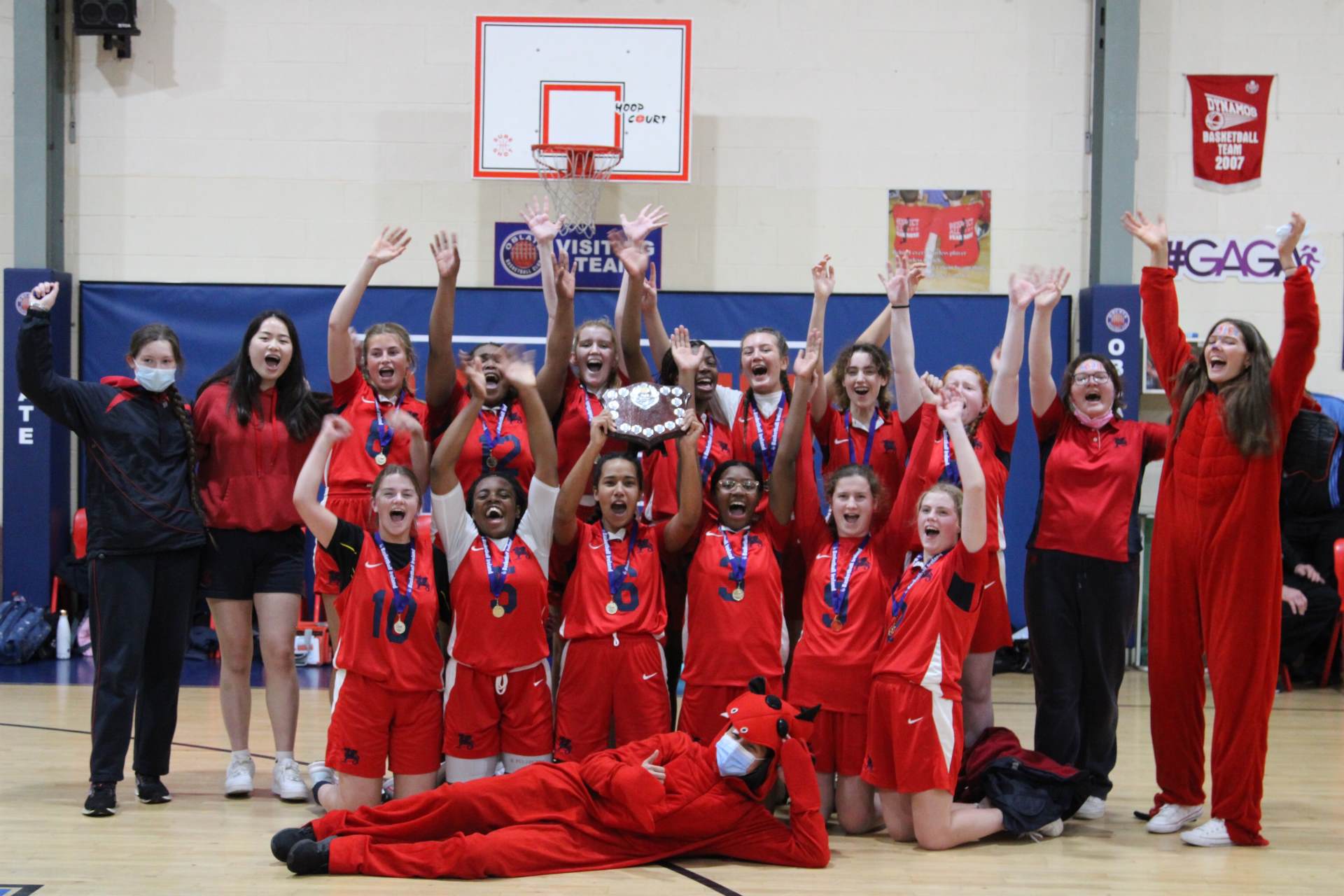 The Junior As had a hard-fought victory against St. Andrew’s Bs in their league match. In the first half, Wesley found it difficult to break down St. Andrew’s in limited space and were thankful to Sam Chapman for a couple of important saves. Wesley went 1-0 up from a drag flick by Ed Collins.

In the second half, Wesley were able to convert more of their corners and a final scoreline of 5-0 put some gloss on the performance. Ed Collins scored 4 and Max Caulwell got the other. This victory sees them top their section and go into the section with the other league winners after Christmas.

Unfortunately, our U14 A Boys had a game they could have won. However, there are no complaints; they fought hard and deserved the win. They are not entirely sure what they are doing on the pitch and our structure can be a little confused at points. They got in their circle 25 times and their goalie played outstandingly. With continued hard work and determination in training, they will be able to secure more wins this season.

The U13 Cs travelled alongside the Senior 1 girls last Thursday winning their league match against St. Wilson's Hospital.

The U13 Cs continued their success against Sanford Park’s Bs on Friday, winning 4-0 in their friendly match. The goals came from Henry Clarke (2), Manu Tiwary (1), and Eoin McCraith (1). 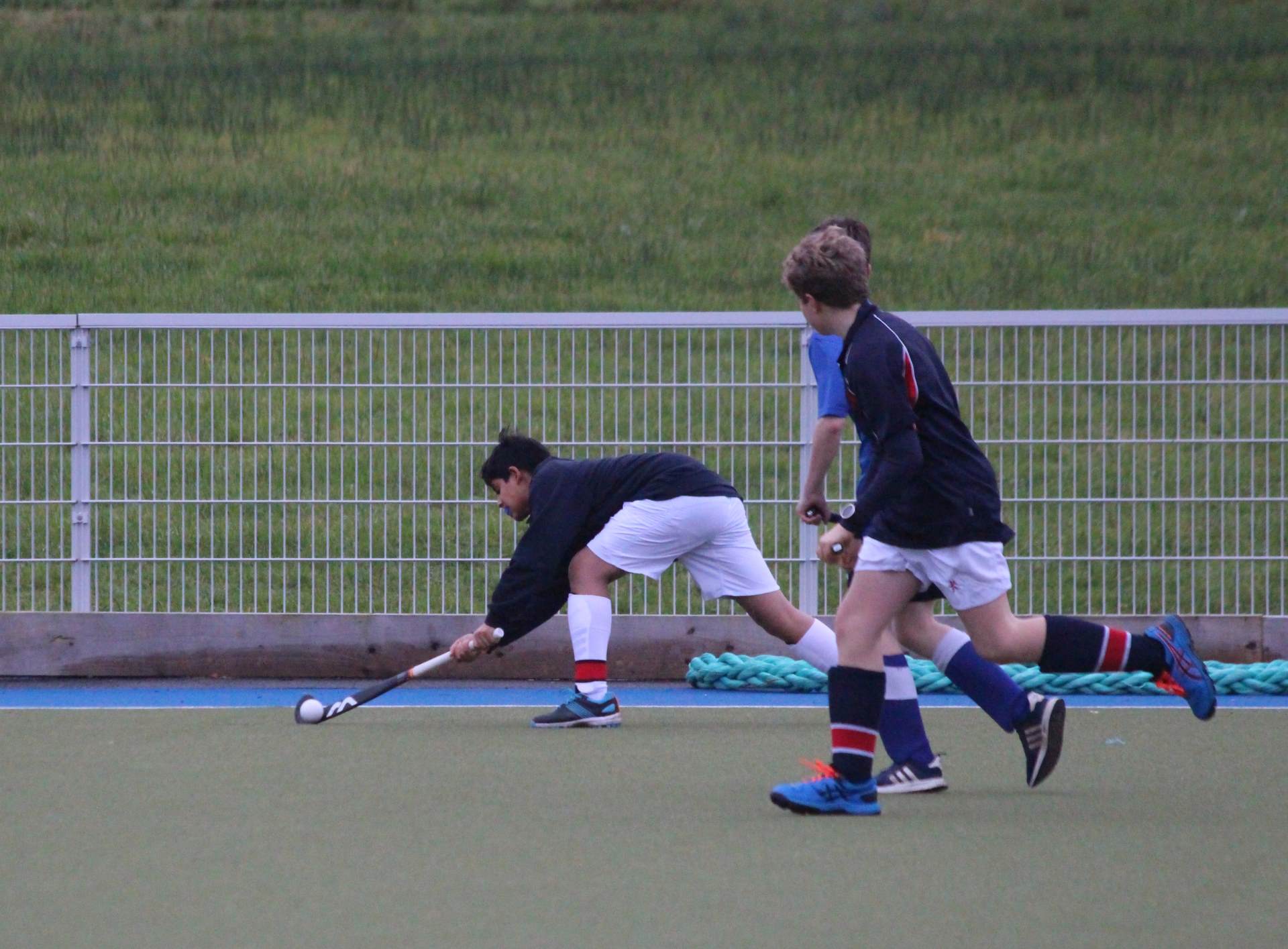 Congratulations to Mikayla Power (Y5) who has been selected for the Irish Senior indoor hockey squad for matches against Scotland at the end of December. Well done on this massive achievement.

The Senior girls had a convincing win against Wilson's hospital scoring 10 goals. Dominant from start to finish the goals were shared around with 6 different goal scorers but credit to Mikayla Power for scoring 4. Lindsay Power with a rare run-up front also got on the scoresheet. A great start to the first round of the plate. 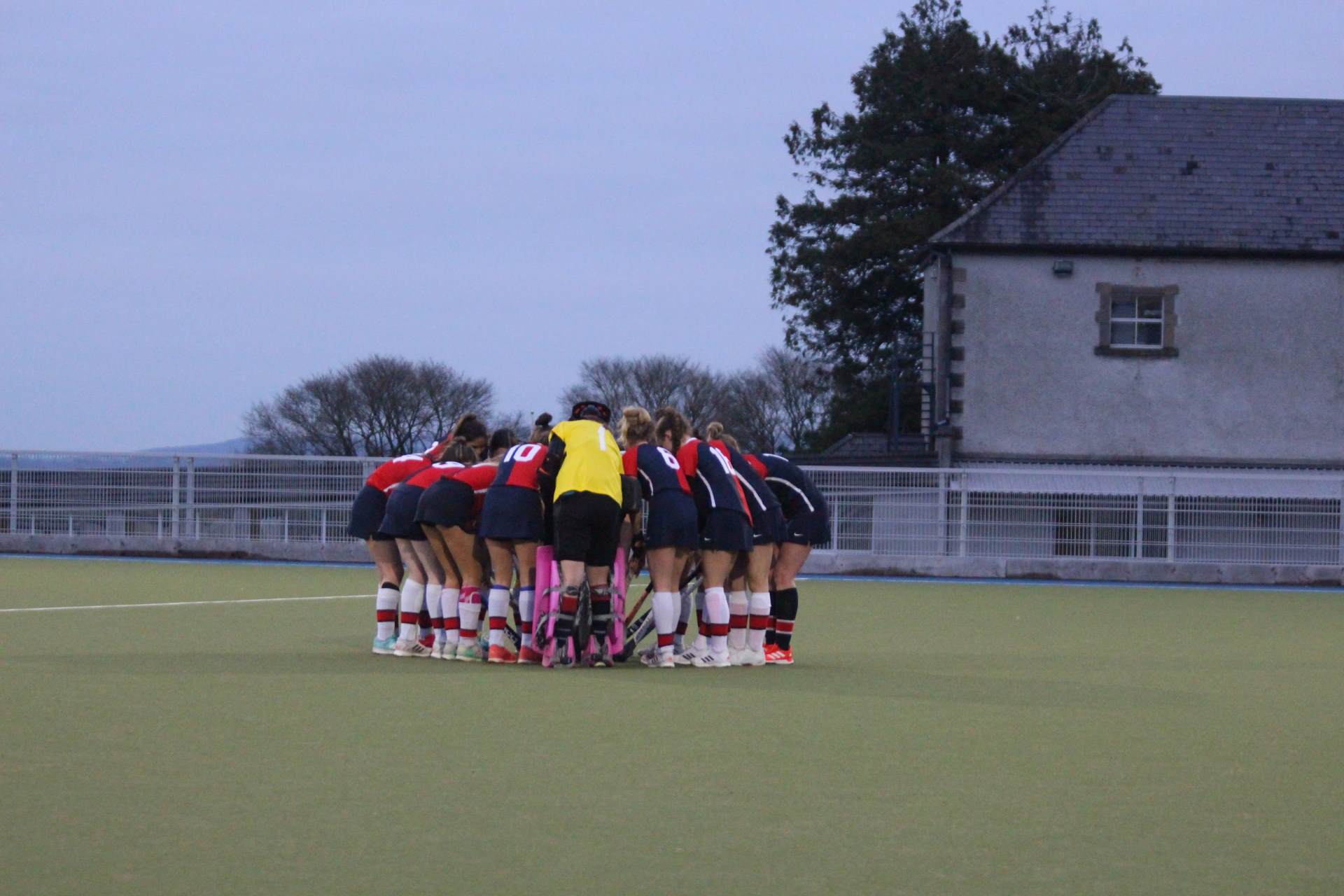 Commiserations to our Senior 2 girls who lost their friendly match 3-4 against The High School last Saturday. A very competitive match.

On Wednesday afternoon our sixteen players Junior A players and their 300 supporters embarked on our journey to UCD for the Cup Final against Loreto Beaufort. Nerves and excitement were prominent in equal measure before pushback, with the crowd adding an energy to which we were not accustomed. We were off to a great start, with Milla Fulton capitalising on a short corner opportunity to make it Wesley 1, to Loreto’s 0. It was with this score that we headed into halftime. While Wesley’s performance in the first half was commendable, in the second we really dominated. Goals from Bel Collins, a second from Milla, and one from Sophie Stewart brought the score-line to 4-0. The atmosphere was matched in calibre only by the performance of our players, and certainly, we deserved our silverware. Well done to all of our girls – we are so proud! 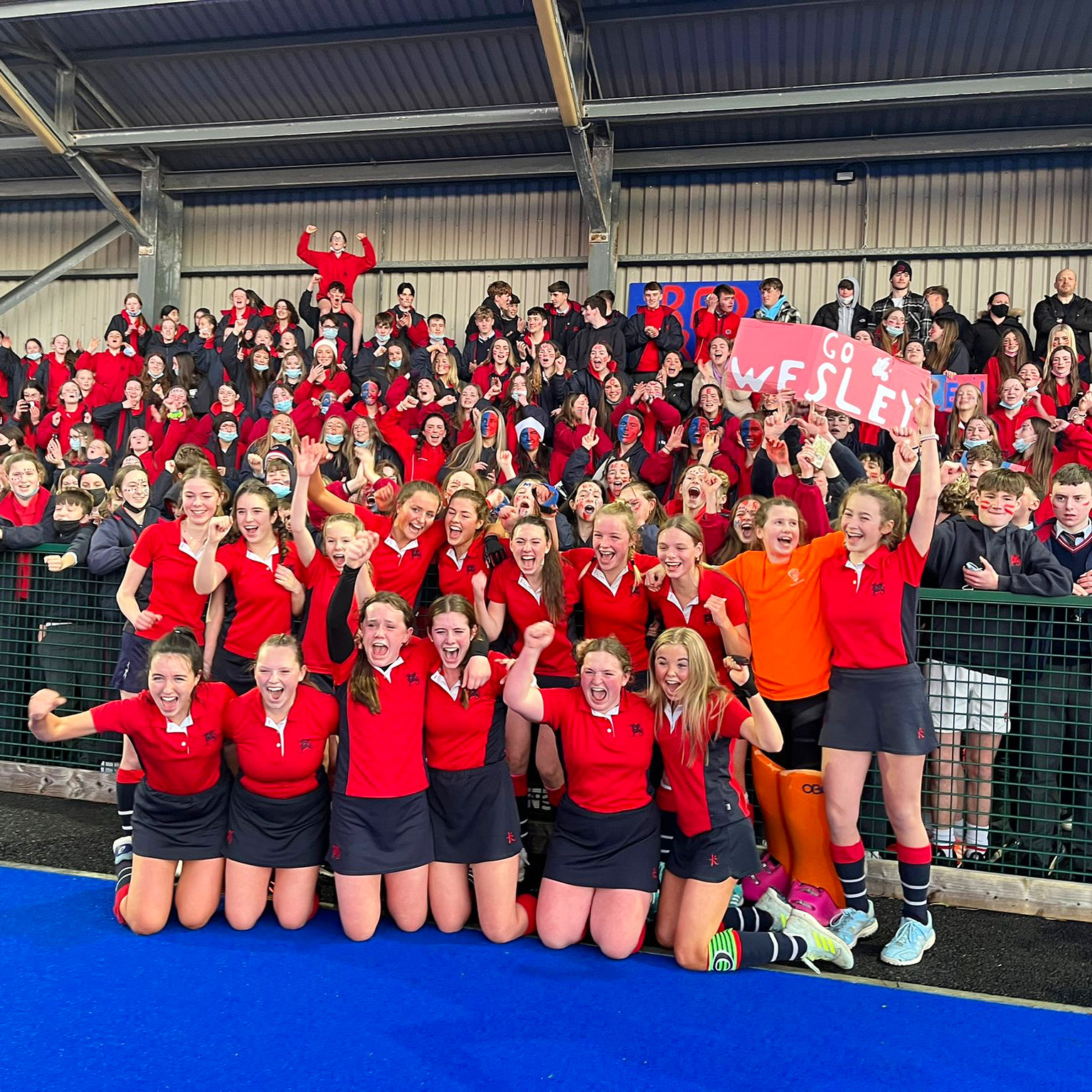 A great competitive match for the U13 A Girls. The Wesley girls performed well throughout and took their opportunities well leading them to a 5-3 victory before racing down to UCD to cheer on the Junior A girls in their Leinster Cup final.

Our Junior B girls had a resounding victory against The High School As last Saturday. Ruby Monaghan, SJ Cooke, and Sophie Massey each added points to the scoreboard to finish with a 3-0 win.

Congratulations to our Junior C girls who won their league match against Alexandra College last Saturday 3-0.

Our Minor A girls also started out strong last Saturday beating The High School 4-0. They had much more of a rounded performance following last week’s disappointing couple of games.

Minor B had a strong performance to beat The High School last Saturday. A quick start lead to early goals from Emily Barrett and Juliet Macnally. A lapse in concentration then gave High school a goal but strong defensive performances from Charlene Sone Lenou, Jane Gleeson, and Caoimhe Moutray meant high school didn't get many more chances throughout the rest of the game. A great way to end before the Christmas break!

A dominant team performance led to a great 6-1 win for our U13 A girls. The girls had a super start with a 4-0 scoreline going into the second half. The opposition grew into the game during the second half, they managed to get a goal and had periods where they were in control, but the Wesley girls stayed composed throughout and got a further two goals during the second half which were a result of some great counterattack play!

Our U13 A girls continued into their success on Wednesday as they completed a great, competitive, match. The Wesley girls performed well throughout and took their opportunities well leading them to a 5-3 victory before racing down to UCD to cheer on the Junior A girls in their Leinster Cup final

Well done to our U13 B team who beat Holy Child Killiney last Saturday 4-3. A lovely way to end the hockey season before the Christmas Holidays.

Unfortunately, our U13 E team lost 2-1 to Holy Child Killiney. Sammie Mulligan scored the goal. Wesley was not quite aggressive enough- particularly upfront. In the end, it was a deserved win for Holy Child Killiney who had many opportunities to score. Shoutout to Evelyn for some super saves.

The JCT XV faced a tough opponent this week, and unfortunately, lost their league playoff 10-32 against Castleknock College. However, Wesley can be proud of their efforts particularly in the second half and will learn much from this game. 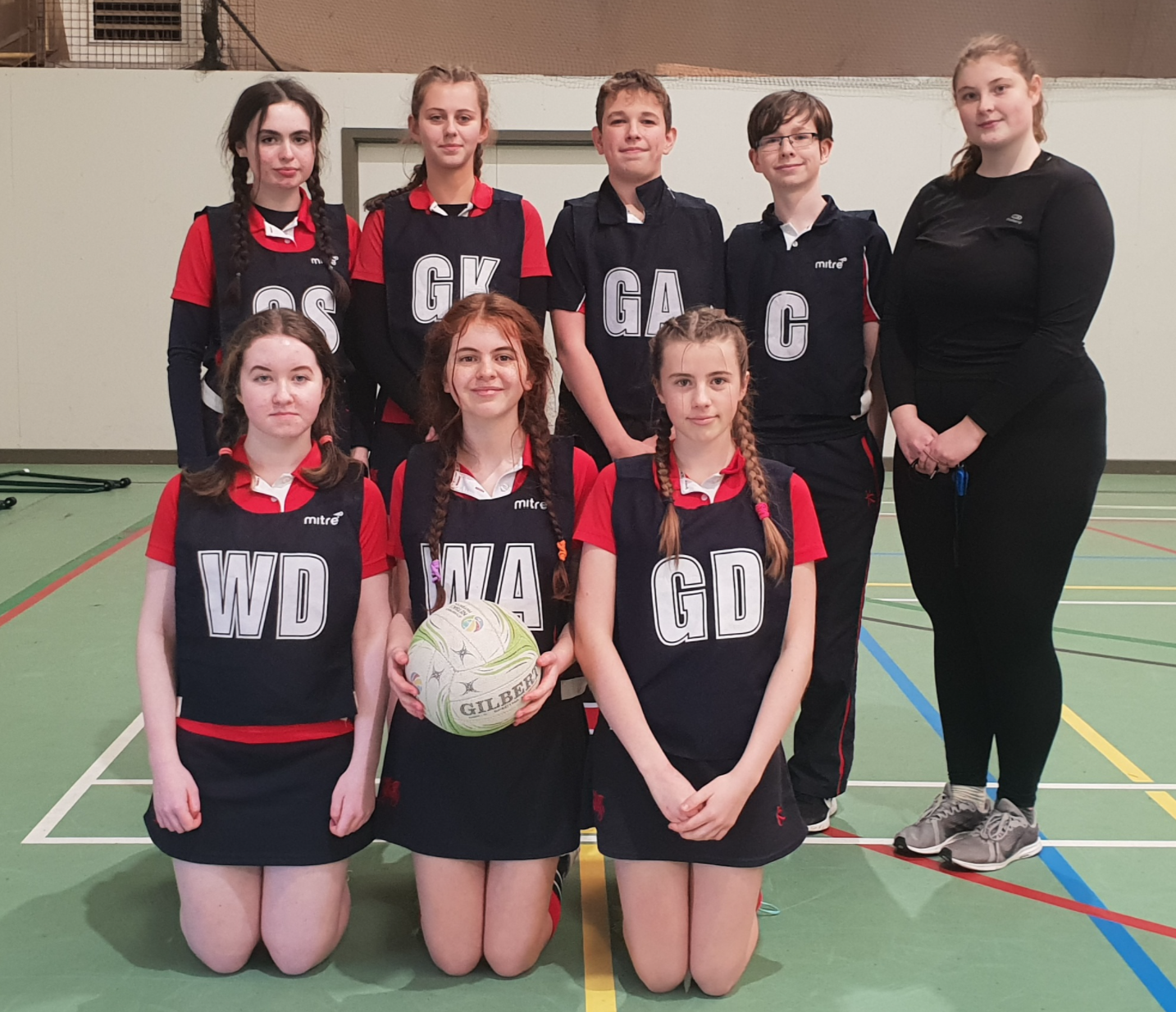