We had two athletes compete at the Irish Life National Juvenile Championships at the indoor arena in Athlone over the bank holiday weekend. Congratulations to Renee Crotty and David Bosch (both in 5th Yr) who won Gold in the U18 and U19 400m, respectively! 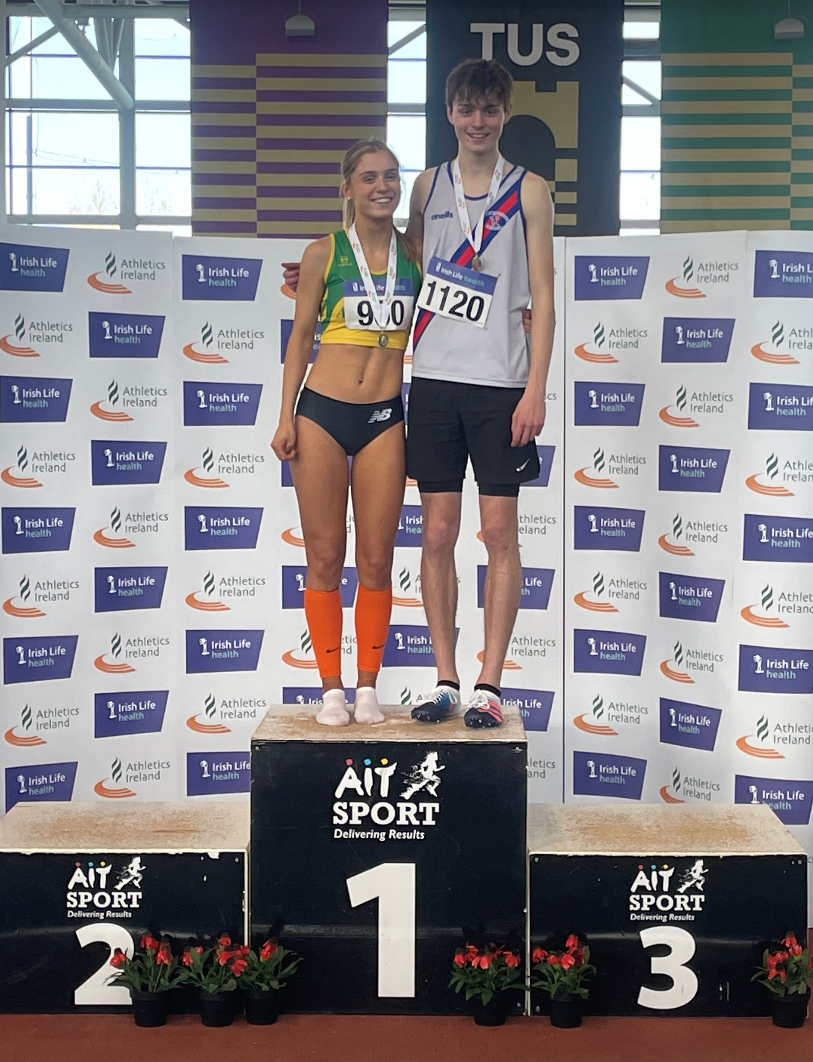 Congratulations to the Junior Basketball Girls who won their game against Rosemont Secondary School. They proceed to the league Semi-Final. The final score was 14-10. 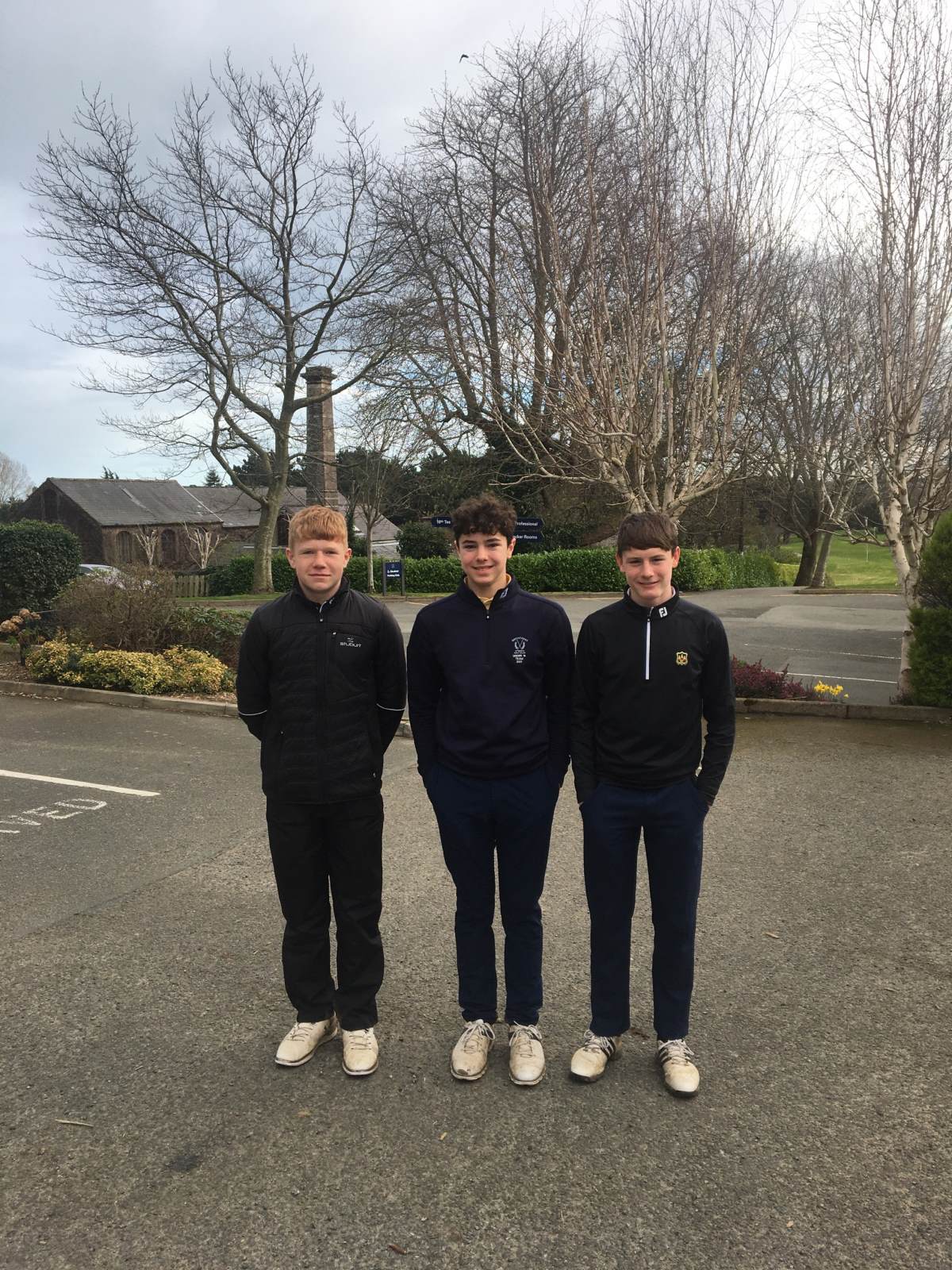 On Wednesday, the Senior 1 Hockey Boys took on King’s Hospital in their Cup Final, and we are delighted to announce they won 2-0. A huge achievement for the squad. Well done boys! Check out the photos by clicking the link below. 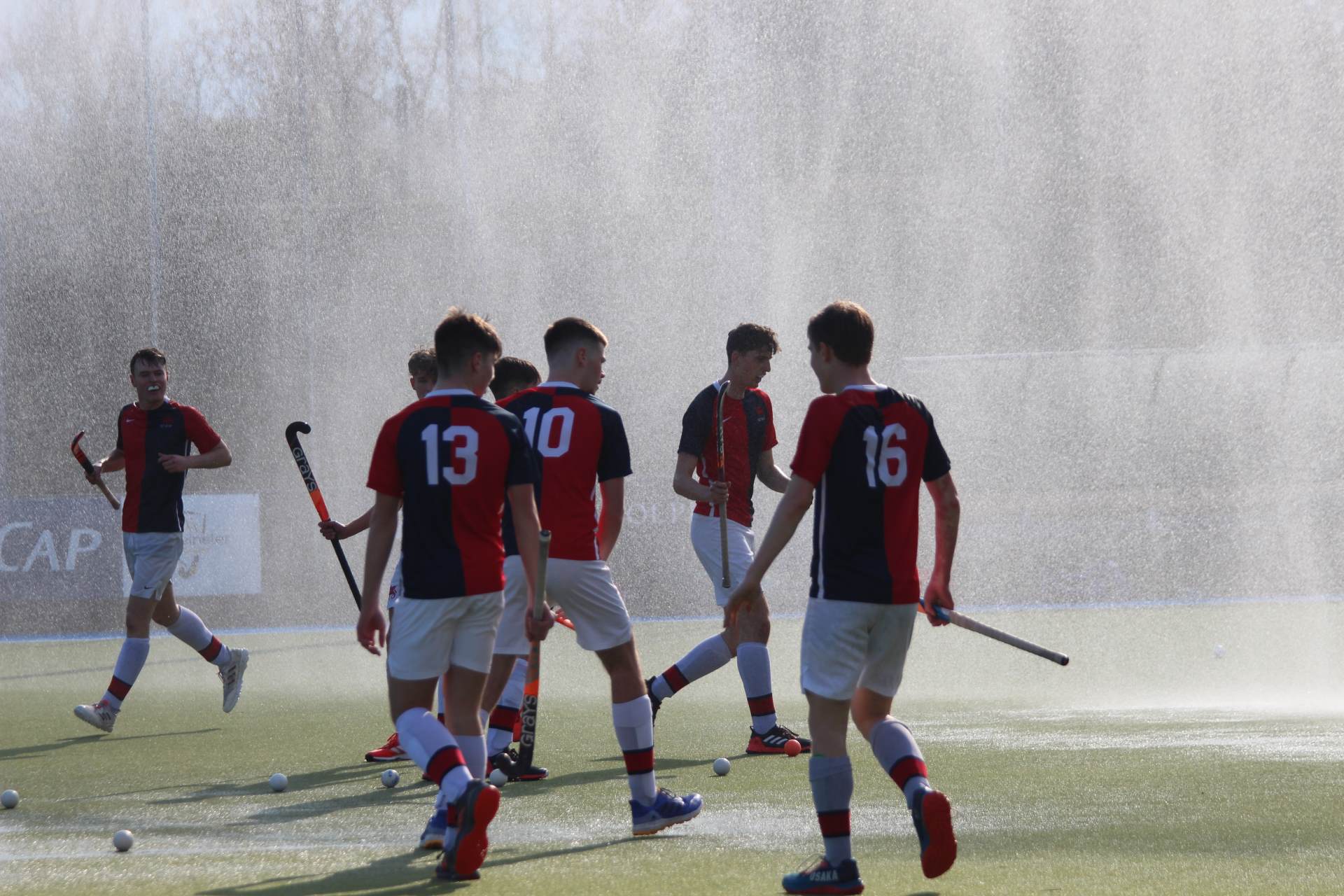 The U14 A Boys followed suit and also secured a win in their Cup Final against St. Andrew’s College. A riveting game that went from 1v1s to sudden death. The boys should be so proud. Well done. Check out the photos by clicking the link below.

U14 A Boys vs St. Andrew's College 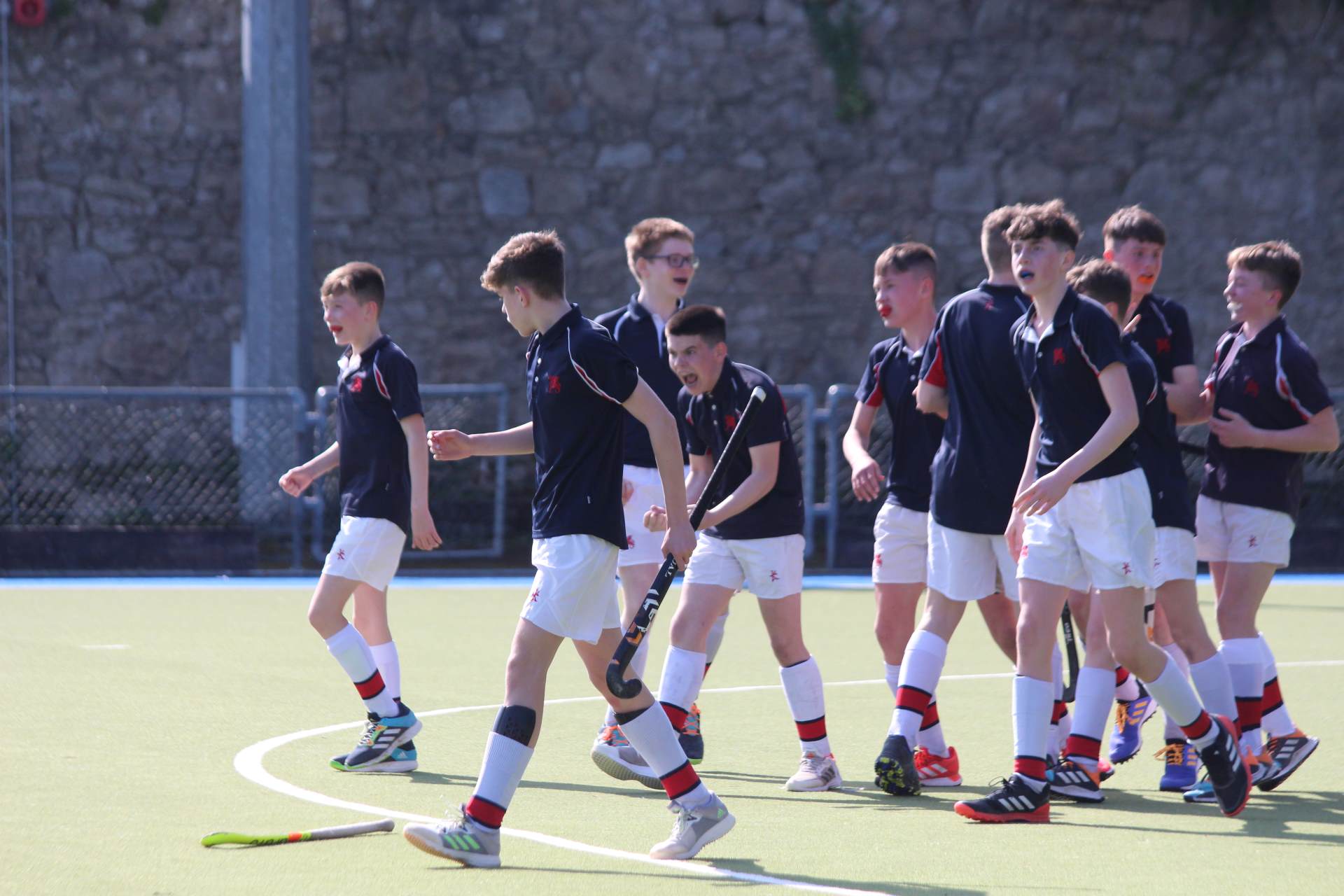 On Thursday, the Junior Bs took on Sutton Park. On a bright and sunny day in Sutton, the Junior Bs produced a very solid performance to get a 2-0 win against the Sutton A team. The back four of Killian, Daniel, Dylan and Alistair were all rocks at the back dealing with any Sutton threats with great composure. Some flashes of skill from Louis and Oliver failed to deliver anything in the first half but in the second half, our pressure told with Oliver breaking the stalemate. Alistair finished off a PC to double the lead. James also made some important saves in goal. It was a nice way to finish off the season.

The U13 A Boys won 5-0 against Sutton Park. Their league game would be the first of 2 in as many days. With the top spot in play, the boys were up for it going in! They played a slow first half and didn’t control the game in the manner we had hoped, but we’re still up by 1 at the whistle. In the second half we changed completely. Started to control possession for multiple phases, make intelligent circle entries and ended up scoring 4 goals from excellent team play. With one game to go against St Andrew’s tomorrow, everything is to play for.

On Wednesday, with huge excitement, Wesley’s U13 A Girls went out and faced Mount Anville in their league semi-final. From the beginning it was clear Mount Anville were a strong and confident team and it would take a lot of hard work from Wesley to break them down. Mount Anville started well and it took Wesley longer to settle into the game, unfortunately, this strong start made it hard for the Wesley girls to play their game but they dealt with the pressure brilliantly and once they settled displayed some great moments of play. Mount Anville went 2-0 up in the first half, but there was certainly no signs of giving up from the Wesley side. Wesley managed to gain more possession in the second half and won many short corners and had great attacking opportunities but were unfortunate not to convert. Mount Anville scored another goal half way through the second half to go 3-0 up. Although Wesley didn’t come away with the win, their determination throughout the match is something which they should be very proud of. I am sure this is not the last semi-final we will see this group of girls in!

The U13 C Girls also played their Semi-Final on Wednesday, but unfortunately could not secure the win.  A well-fought game that was tight until the very end. The whole team gave it everything and despite several exciting runs from Alice in particular, super defending from Zara and some seriously impressive saves from Elin, the strong Mount Anville team managed to break the deadlock in the second half. The first of many semi-finals for this determined team.

On Thursday, the 1st Year B-girls fought tooth and nail out in Mount Temple School to come back with a great victory in the semi final of their league. Mount Temple went ahead early in the second half but the Wesley girls dug their heels in and secured a lovely goal from Anna Morris. With only 5 minutes remaining after another period of great team play, Niamh Gough snuck a goal by the Mount Temple keeper. The last 5 minutes were then played at a great pace with the ball going from end to end. Wesley kept their nerve to earn a place in Saturday's final in Wesley at 10:30 am. All support would be greatly appreciated. Well Done girls a fantastic effort today. 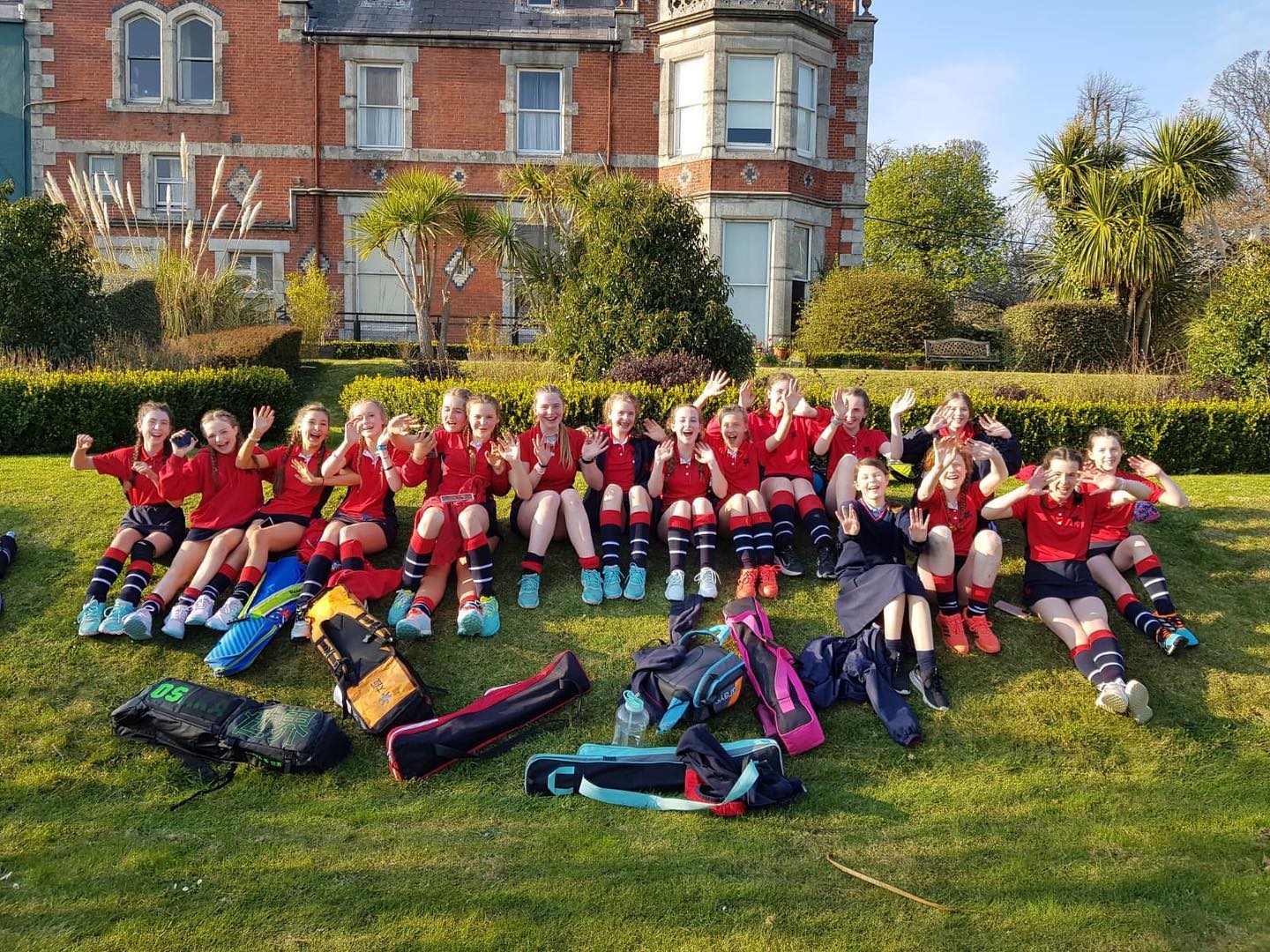 The U14 red team had a very convincing 55-0 win against St Gerards. The good weather enabled the red team to really show off their skills and they scored some excellent trys. Honourable mentions for Thiabult Campbell, Kian Frederick, Sam Bowling, Jake Fulton and Johnny Woods who all had excellent games.

Wesley U14 Blue led by Charlie Whelan ended their season with a well deserved win over St Gerards on a scoreline of 50-12. Liam Clarke scored 18 points with an excellent performance at out half, while Cailean Patterson and Sam O’Connell each bagged a brace of tries. Charlie Whelan and James Wystepek also got over for tries. The result and performance highlighted the significant improvement made throughout the season.

A glorious day and perfect pitch conditions in Suttonians RFC had all the ingredients for a free-flowing expansive game as Wesley 2nd years travelled to take on St. Fintan’s High school in their 2nd last outing of the year. The Fintan’s boys were armed with some big and powerful running forwards and enjoyed the majority of possession in the opening ten minutes but Wesley fronted up well in defence to keep Fintan’s out. It has to be said that it was against the run of play when Fachtna Spain picked up a loose ball in is own half and pinning his ears back to finish under the sticks for the first score of the game.

Despite this moment from Spain, Wesley had little highlights from the first half and found themselves trailing at half time 21-7 due to three quick tries of similar nature for Fintan’s scoring in the wide channels, with some excellent conversions to stretch the margin out. A wake-up call was needed at half time, the coaches were looking for a response and that’s exactly what they got. The 2nd half saw Wesley find their rhythm that we had seen earlier in the season. A more expansive game allowed runners like Charlie Simmons, Jacob Fry and Matthew Wystepek to find gaps in the Fintan’s defence. A vastly increased pace of play with the ball and clever offloads made the Wesley boys look like a completely different team in the second half, scoring one of their best team tries of the season which started from a play well inside their own half with countless offloads eventually finished off by Christian Kelly. A try that will live long in the memory. Other tries from Joowon Park, Matthew Wystepek (2) and Alex Hamilton left the final score at 38-21 to Wesley.