Congratulations to all of the 28 athletes who attended the East Leinster Cross Country meeting last Wednesday in the Phoenix Park.

In addition to these individual athletes, the Junior Boys team finished in 3rd place overall, and the Inter Boys teams won their team event with an excellent group effort. 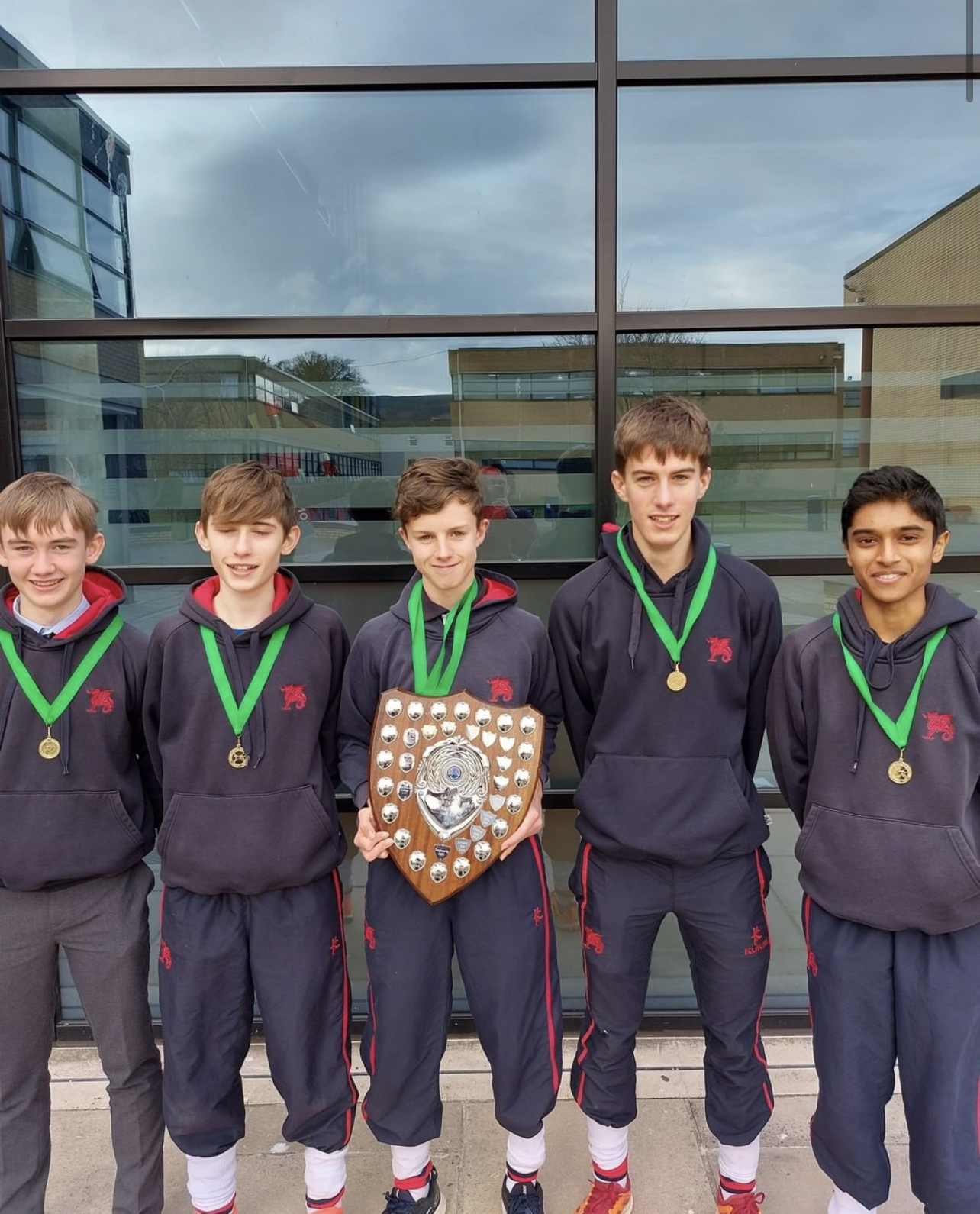 The boys' U16A badminton team consisting of Oscar Tweed, Oliver Tang, Tadgh Reinecke, and Louis Small has won their Dublin Finals match against Terenure College. They won by 5 games to 1 and have successfully secured their place in the Leinster Finals.

U16 A Boys Badminton vs Terenure College 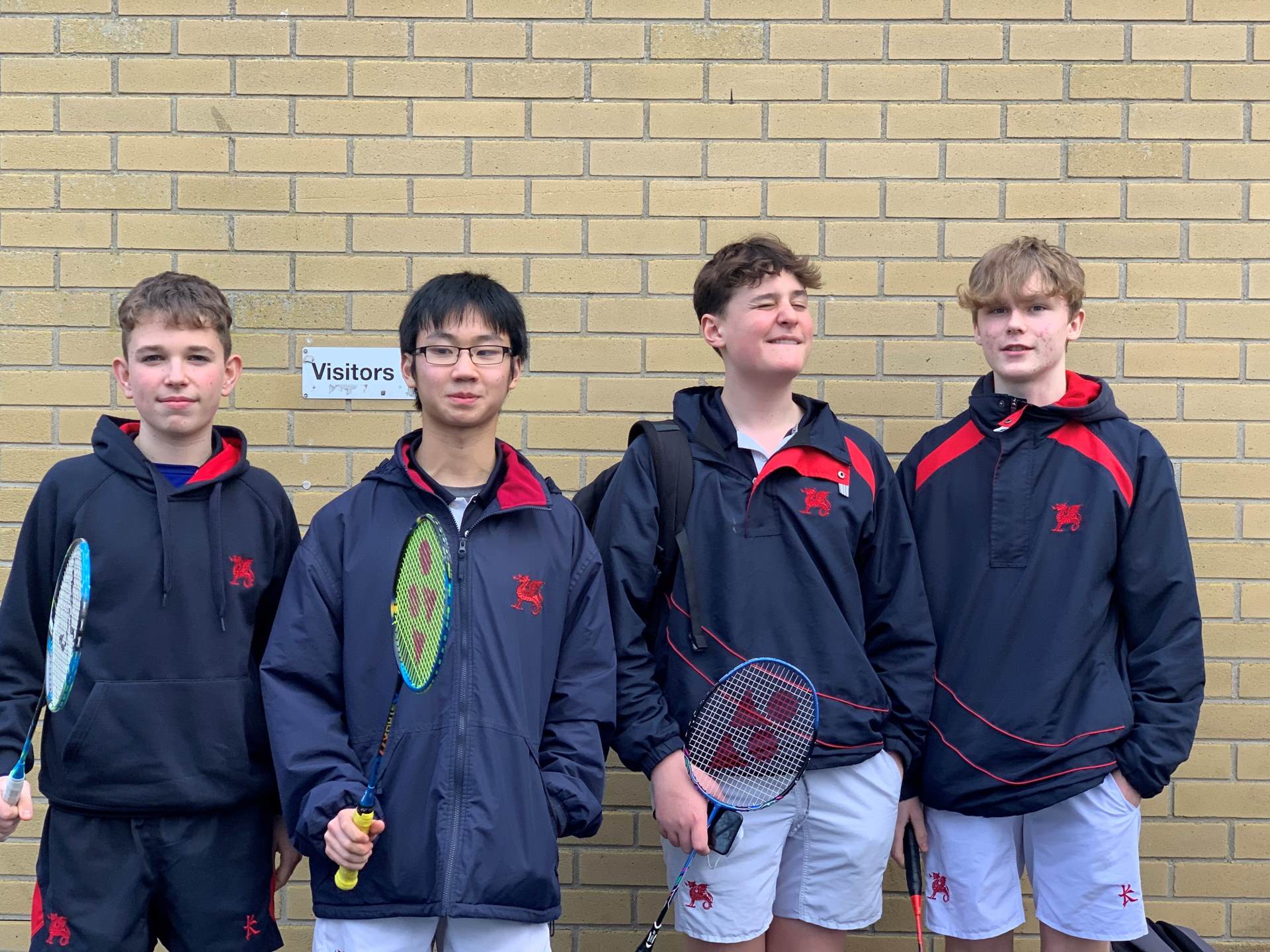 Commiserations to the Senior Boys Basketball team who narrowly lost out to Pobalscoil Chorcha Dhuibhne in the Quarter Final of their Cup last Thursday. A massive achievement to have gotten as far as they have.

A huge congratulations to the Senior Girls basketball team who have continued with their success this year of winning the league as well as now securing the Cup final. Well done. 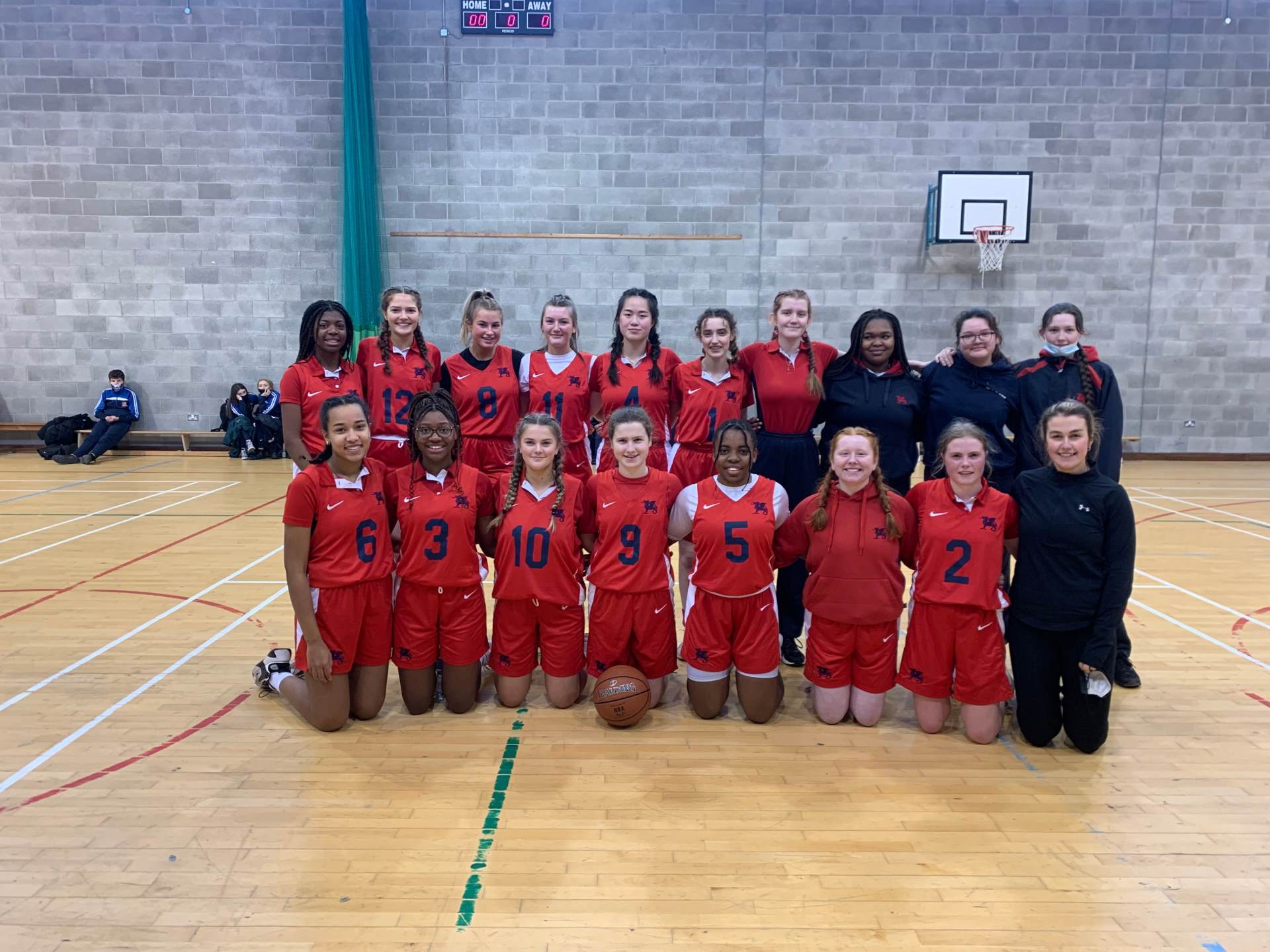 Commiserations to the Senior 1 XI Boys Hockey team who lost out to Banbridge Academy in their All-Ireland match earlier today. The boys showed grit and produced some excellent hockey, but it wasn’t our day. Good luck to Banbridge in the rest of their campaign. The end score was 2-0. Check out the photos from the game by clicking the link below. 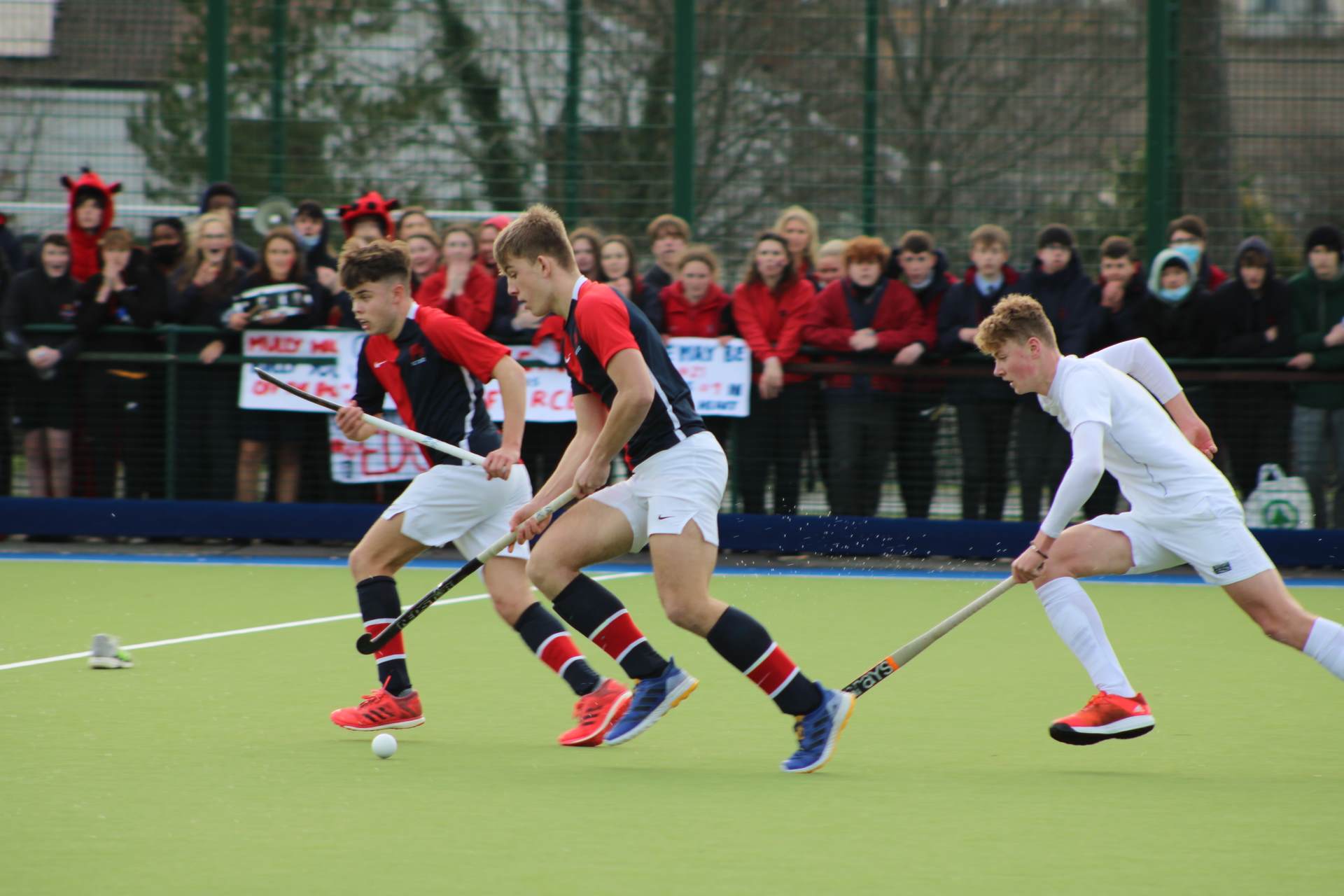 The Junior C Boys continued their success with a 6-0 win against St. Columba’s College, Dublin.

Junior C’s put in a good performance against what was a weak Mount Temple side earning a 6-0 win in the league. Thomas Fives had an excellent game upfront with his constant energy and enthusiasm earning him a reward of 4 goals. Henry Syms also had a strong game creating multiple chances for his teammates and was rewarded with a goal at the death. James Lindsey also provided a true poacher’s finish at the back post to round out the scoring. A dominant display meant defending was a rariety but Ethan Orr and Stephen Milmo-Penney handled everything well with Cian Allen not required to make a save in goal. A good team performance is rewarded with 3 points gained in the league.

Unfortunately, the U14 A Boys lost 0-3 to Banbridge Academy. Lots to work on in the coming weeks.

An excellent performance by the U14 B Boys who won 3-0 against The High School, Rathgar last Wednesday.

The U13 A Boys are enjoying their full pitch performances, winning 9-0 against Banbridge Academy. Having worked on outletting, organising our press and creating outcomes in the circle over the last few weeks, our boys set out to put into play what we’ve practiced vs Banbridge. Even playing with 1 player less, we were able to show proficiency in all these areas. Another step in the right direction for our 1st year A’s!

Commiserations to the U13 B Boys lost 2-0 against Mount Temple.

On Friday, the Junior B Boys had a hard fought 3-1 victory. Wesley went ahead through a neat finish into the bottom left hand corner from Peter Montgomery. The game was levelled up when High School were first to react from 2nd and 3rd phase of a corner. 1-1 was the score at halftime. Max Caulwell finished emphatically on his reverse when a corner broke down and Antoine Roquette finished opportunistically in front of the keeper to make it 3-1. A second league win in the A section means they go into their final match with a 100% record.

A good 5-0 win for the Senior 1 Girls last Saturday as they won their match. Some excellent goals were scored and minutes under the belt for some players returning from injury.

The Junior B Girls won their match against St. Gerard’s School 4-0.

The Minor A Girls had a victory over St. Andrew’s College, winning 2-0. Saturday's game was a real culmination of this seasons efforts so far. The girls played a very calm and organised game from start to finish, and showed real control in all areas of play. The biggest stand out was how well the team pressed as a unit, not allowing St Andrew’s any comfort on the ball. Two excellent goals, one in each half, capped off a brilliant team display!

On Wednesday, our Senior 5s (Social Team) had a very close game with Loreto Dalkey. Unfortunately, we didn't quite secure the win and ultimately lost out 2-3 against them. Shoutout to Sophie Moran and Juliet Moore for their goals.

Well done to the Junior B Girls won 4-0 against St. Columba’s College, Dublin

Wesley played out a great game out in a cold Terenure last Saturday morning. Wesley will feel hard done by not coming out on the right side of the result after some excellent play and periods of pressure particularly in the first half with Jamie Fish grabbing the try and Johnny Cazzini converting and were unlucky to miss out on a few other scores. Particular mentions to Tom Geoghegan, Toby Durham, and Ryan Jones for strong showings as the squad continue to build towards the cup.

Wesley U14 red team had a thrilling 43-36 victory against St Andrews College on a cold Saturday morning. Honorable mentions to Thiabult Campbell, Conor Fox, James Beattie, and Joshua Ellis who all had fine performances.

Wesley U14 Blue team had a 31-19 victory against St Andrews College. Some exciting rugby played by Wesley throughout the match and honorable mentions to Daniel Grant, Rueben Neill, Lucas Strong, and Conor Foody who all had fine games.

Check out the photos of the U14 Blue and Red teams by clicking the link below:

U14 Blue and Red vs St. Andrew's College 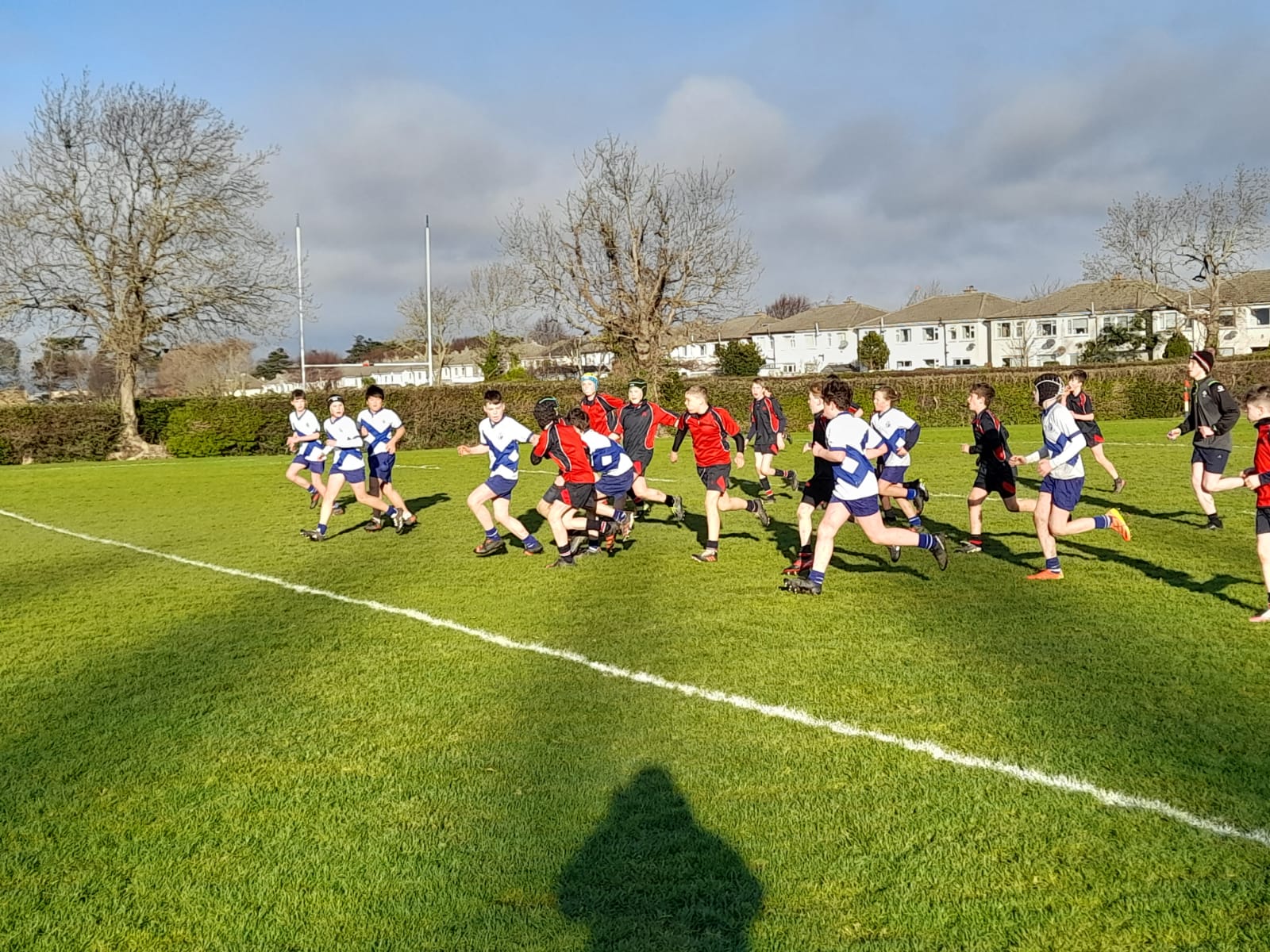 A terrific team performance from the Senior 2nds away to Michael's continued their great start to the league. Tries coming from Dean Cox, Jack Roberts, Milo Campbell, and Paddy Collins with Jack Atkinson kicking the extras resulted in a hard-fought win. All players stood out on the day and are a testament to the wider senior squad for a group that continues to grow in confidence.

Last Wednesday, our Senior Girls Rugby team went out to play The High School, Rathgar in their first league match this season.

The Senior Girls Team played magnificently. They won their first game with great passing, getting the ball to Lucy Morgan-Doyle on the wing, whose speed got her 2 tries. Great defending against a tough side with big tackles coming in from Bel Collins, Sophie Williams, Mia McGlynn, and Ciara Grant. 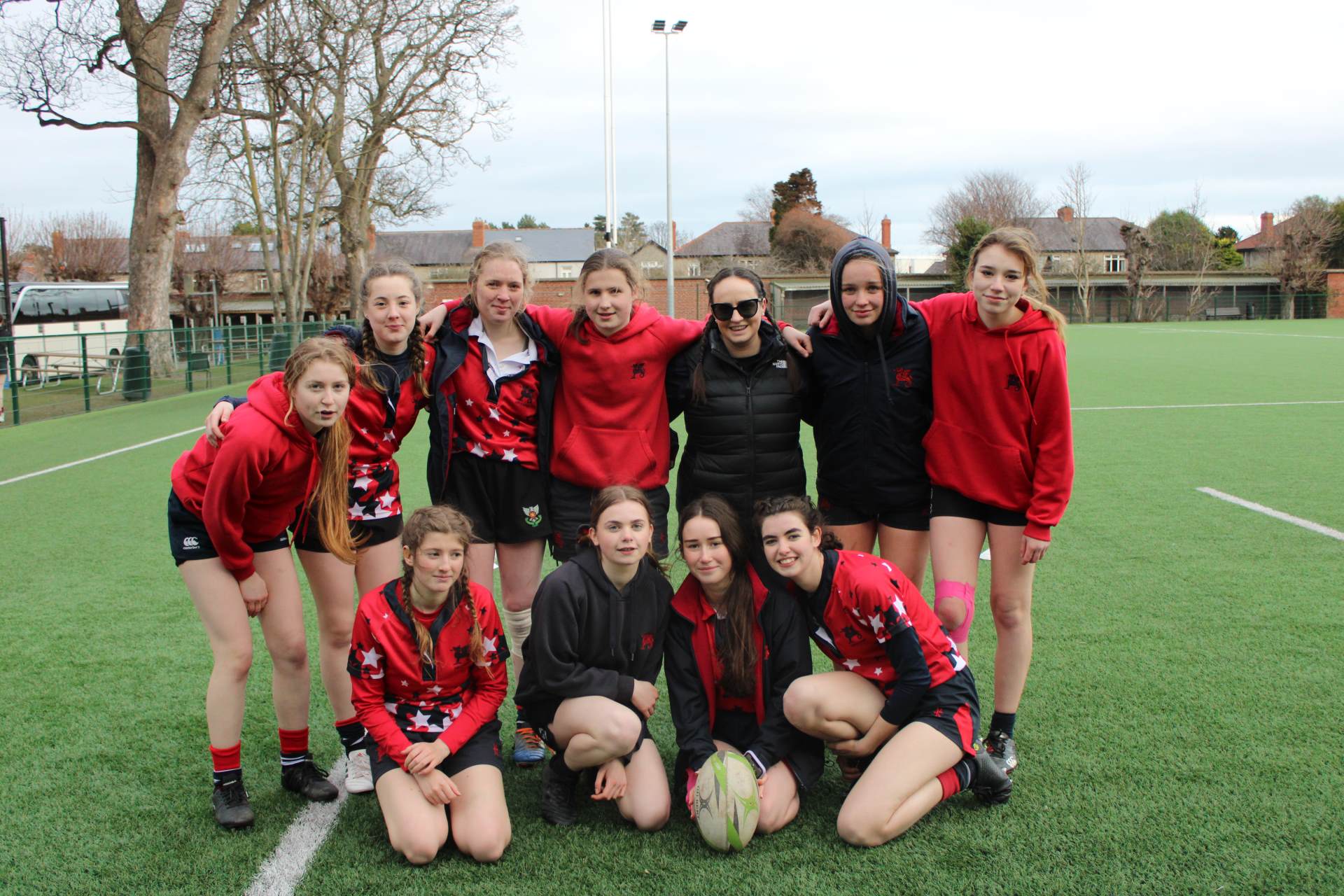 The Junior Girls followed suit and also travelled alongside the Seniors to play The High School, Rathgar last Wednesday.

The Junior Team, led by their captain Pipi Grieve, played with great determination and bravery against a tough Gorey CS side. There were some amazing tries scored by this Wesley Team. There were also many big tackles put in from players such as Eve McCraith, Hannah Orr, and Sadhbh Kingston. However, Isla Chambers not only stole the ball but also the show when she ran the full length of the pitch with opposing players at her heels, scoring a stunning try for the Red Side! 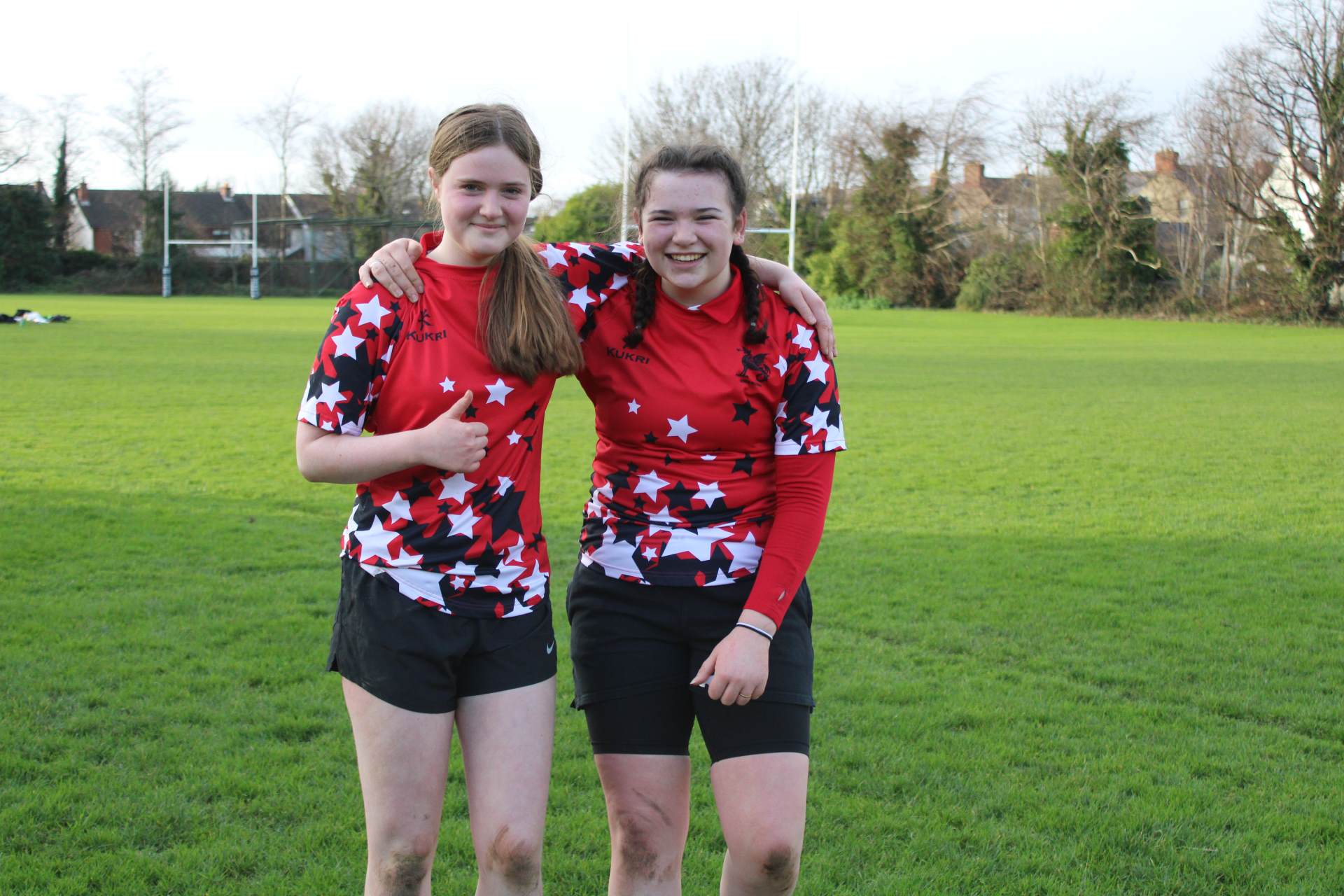 The Girls Rugby Teams have their next League matches on Wednesday 16th February KO 2.30pm at home in Wesley College.