Congratulations to the Junior boys Cross-Country team who ran in the All Ireland Schools Championship at the weekend and finished in second place over all. 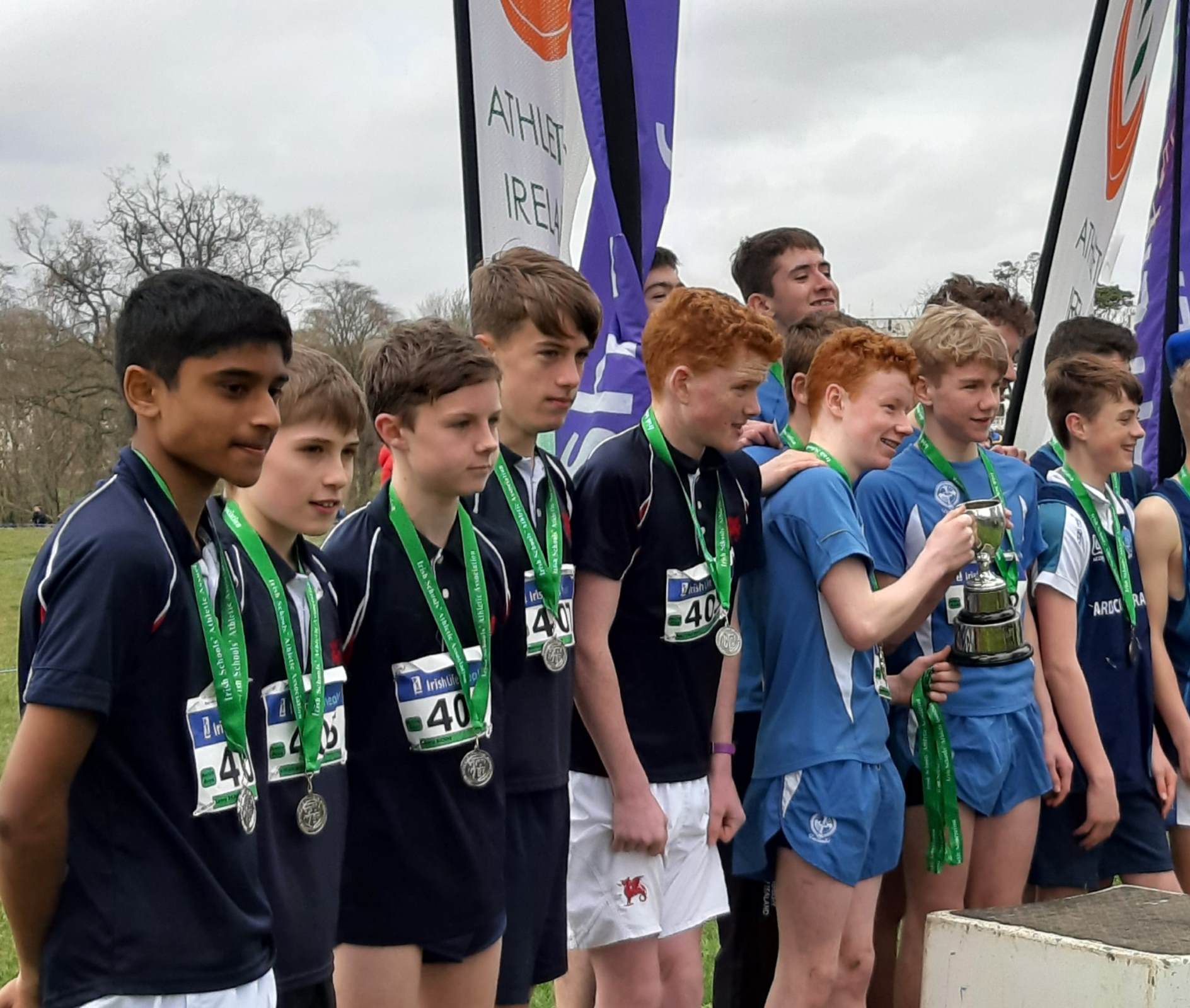 Congratulations to the Senior Girls team who have qualified for the Senior Cup X7's Finals. The girls won all their matches and topped their pool at the qualifiers on Friday and look forward to the final next week. 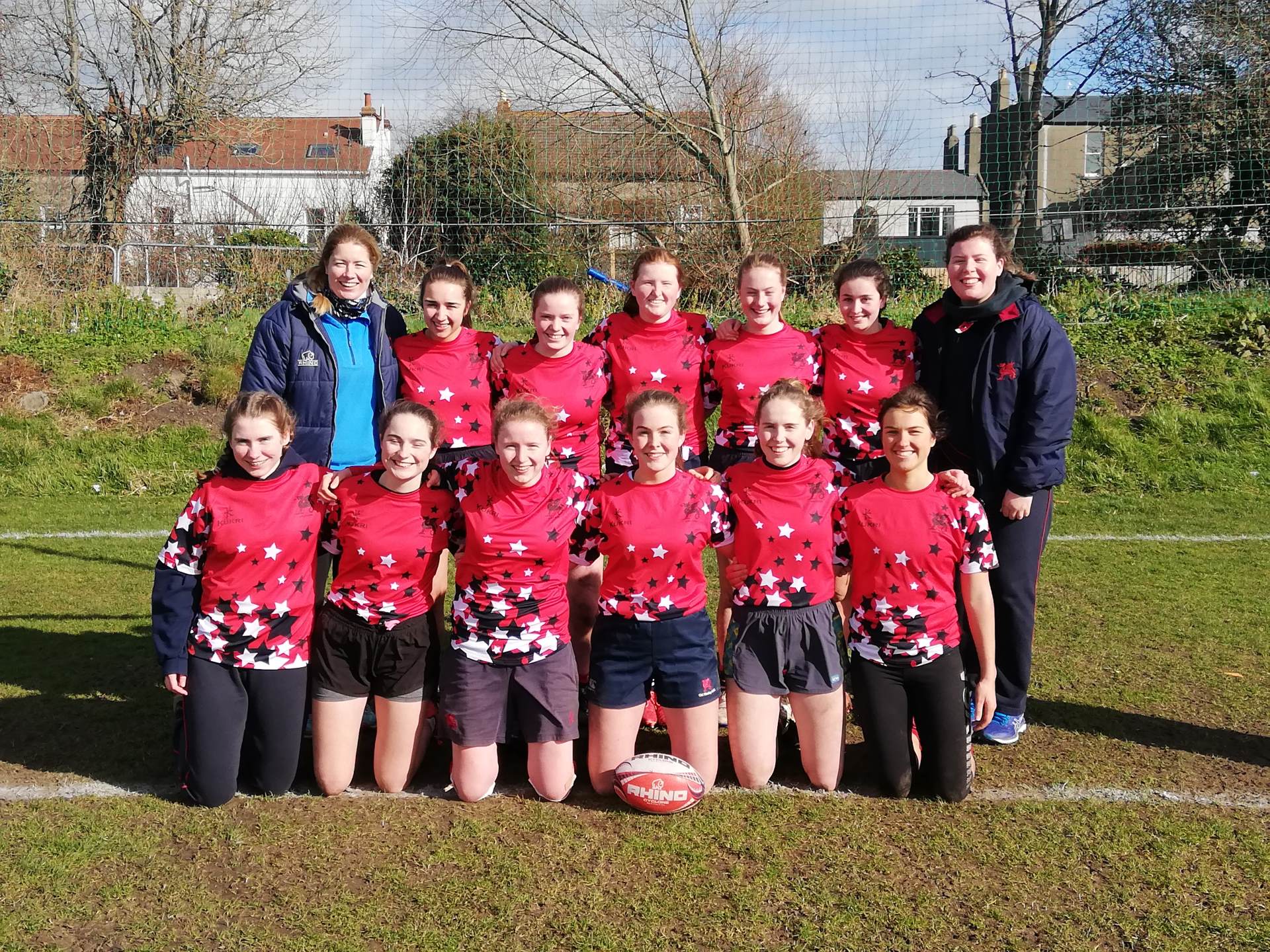 Congratulations also to the Junior girls teams; the blue, red and white tag rugby teams that represented Wesley last week. It was a fantastic display of skilful play and overall squad development. Check out the photos here.

Well done to the U15 squad who reached the semi-finals of the Royal Belfast Academical Institution tournament on Saturday morning at Osbourne Park, Belfast. The boys came top of their group in a highly competitive pool stage. The squad won their first two matches, with 7-0 victories over both Ballyclare High School and Enniskillen Royal Grammar School. The side then drew 0-0 against Campbell College before an impressive 3-0 victory over Clongowes Wood.

The squad bowed out at the semi-final stage, losing 12-0 to Ballymena Academy, the eventual winners of the tournament. Well done to the players and coaches of getting to the latter stages of such a prestigious tournament.

The U14 squad rounded off their season with their annual tour of Manchester. On Friday evening, the A & B XV's took on Kirkham Grammar School under lights at Preston Grasshoppers RFC. The A's won 60-20 in a superb performance with a great offloading game on show, while the B's won a classic 30-25. On Saturday morning, the squad travelled to Lancaster Royal Grammar School for their final matches of the season. The A's put in a good team performance to win 45-0 while the B's won another tight encounter 30-25, with Christian Ryan scoring the winning try in the last stages of the game. 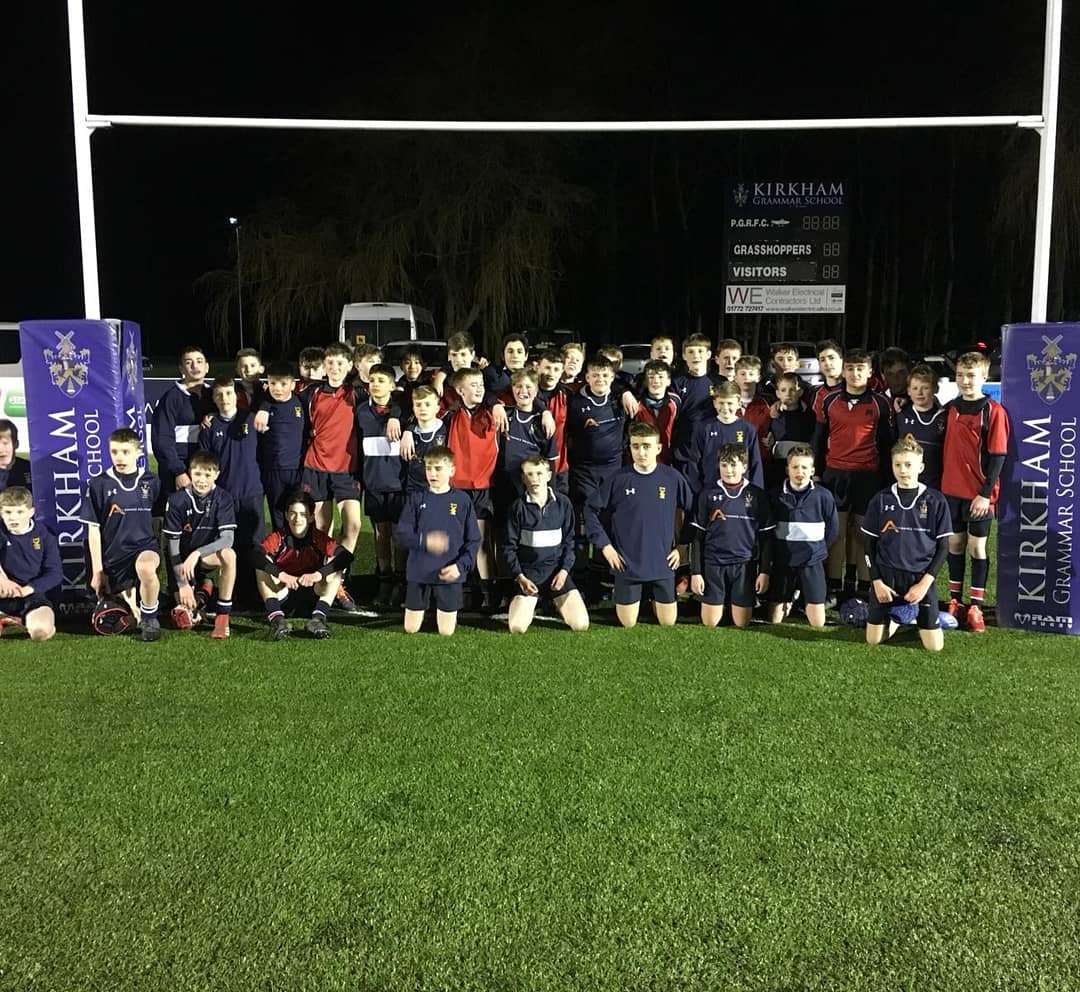 Well done to all of the Under 14 squad for all of their hard work throughout this season!

The First year girls kicked off the week with 2-1 win against Muckross in the Cup. The match was a bit of a snatch and grab but we did well to hold on to the lead. Well done to the goal scorers Imogen Stanley and Mila Fulton.

Congratulations to the Senior Girls who beat Newbridge 2-0 in the semi-final of the Claudia Tierney Cup. Both goals came in the second half, from Hannah McGrane and Charlotte. 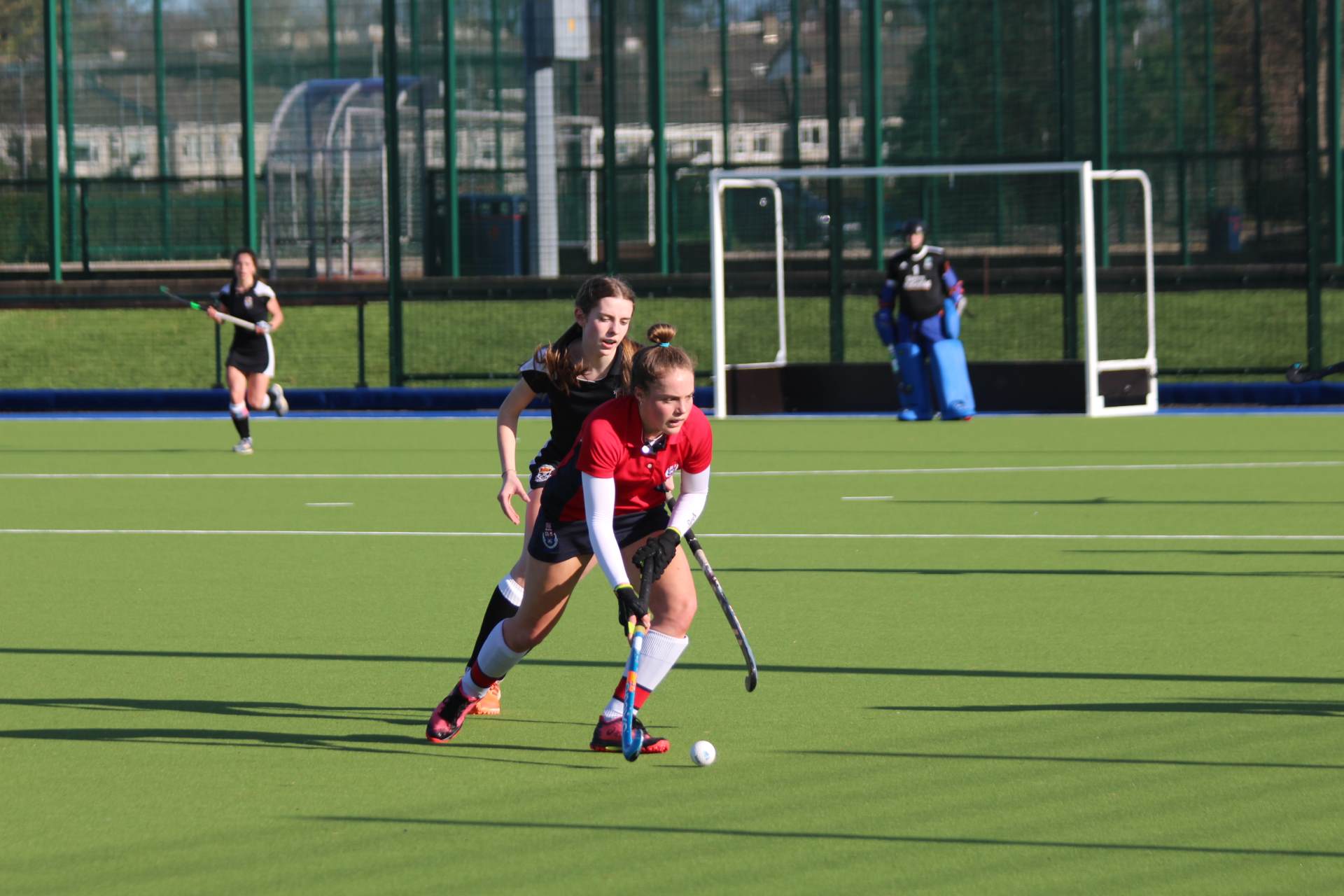 Congratulations to the Minor Bs who should be extremely proud of their performance against Muckross in the League Final. Despite being two goals down, they never gave up and put Muckross under constant pressure throughout the second half with endless attacking play. They scored with five minutes to go, converted by Sophie Moran, but unfortunately ran out of time to get the equaliser. Lauren had a brilliant game in goal, making lots of crucial saves. 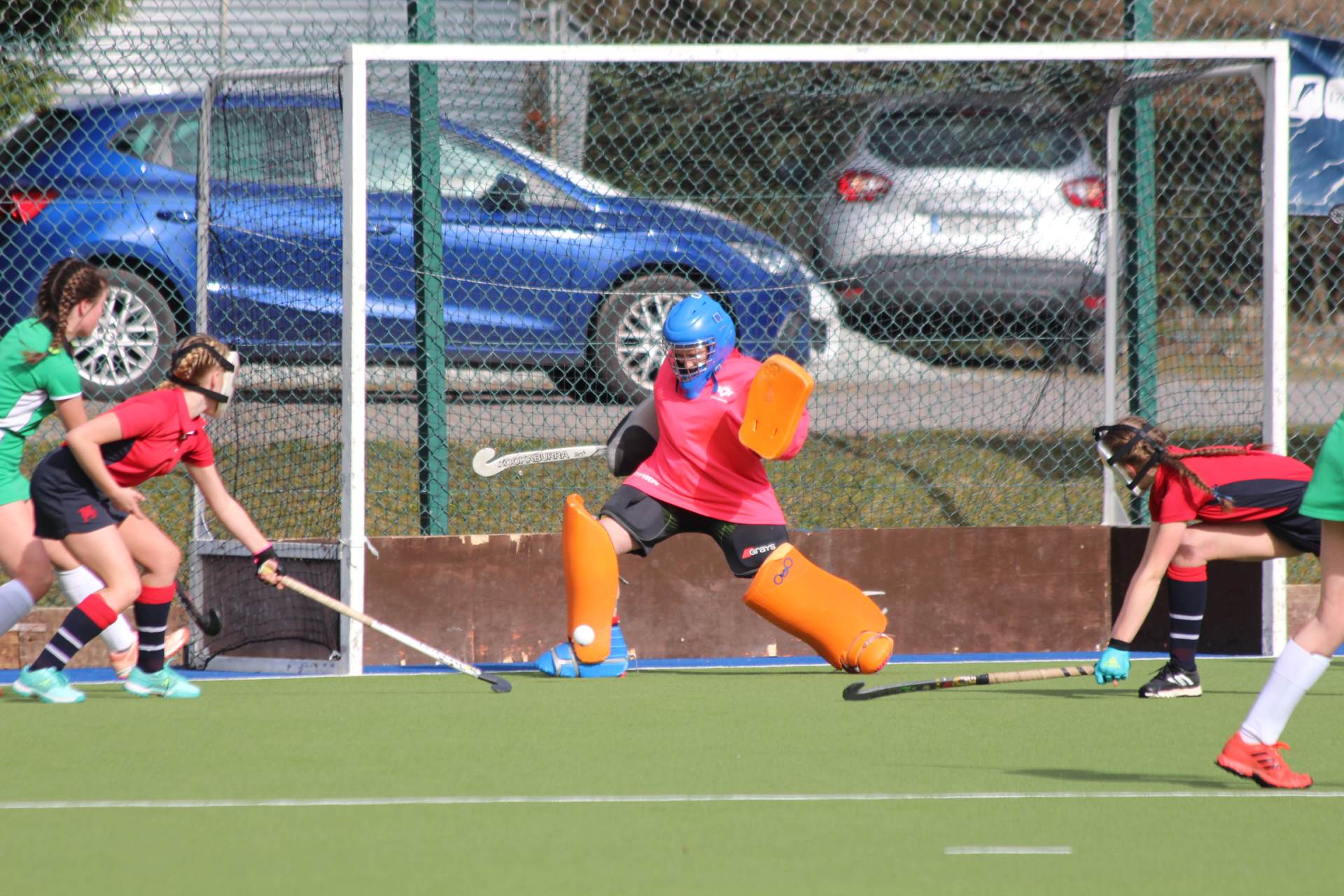 The Minor Cs played the last game of the season drawing 0-0 against Newbridge. Alya Egan was her usual superb self in goal, denying the opposition any scores.

The Preps lost 2-1 to Rathmichael. We were two down at half time but a much improved second half brought pressure and a goal from outside the D. A disappointing day for the girls but they played very well in that second half and were unfortunate not to level it.

Well done to the Prep boys who had a comfortable win against The Harold early in the week. Unfortunately, the U13 As weren’t as lucky and lost 3-1 to St Andrews in the league final. Wesley’s goal came from a sharp shot on the turn from Harry Jones. Well done to all the team on their silver medals. 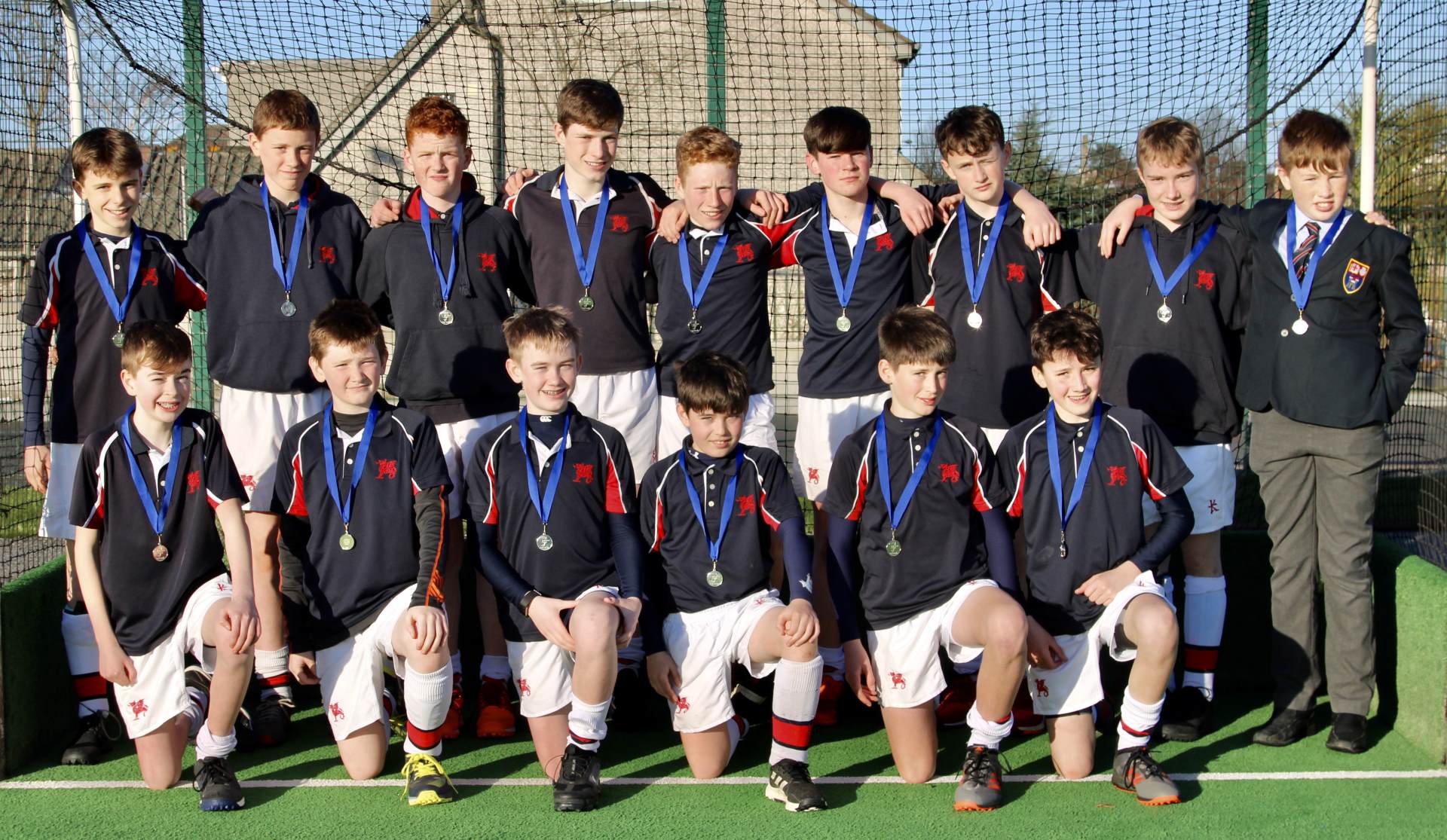 Well done to the U-14 As who disposed of Kilkenny 6-0 in the Leinster Cup, next up is Newpark later this week. Good luck to all the team.

Hard luck to the U-13 Bs who lost 3-2 to Kilkenny in their league meeting. Well done to Henry Syms and Luke Murry who were strong throughout, despite the tough opposition. 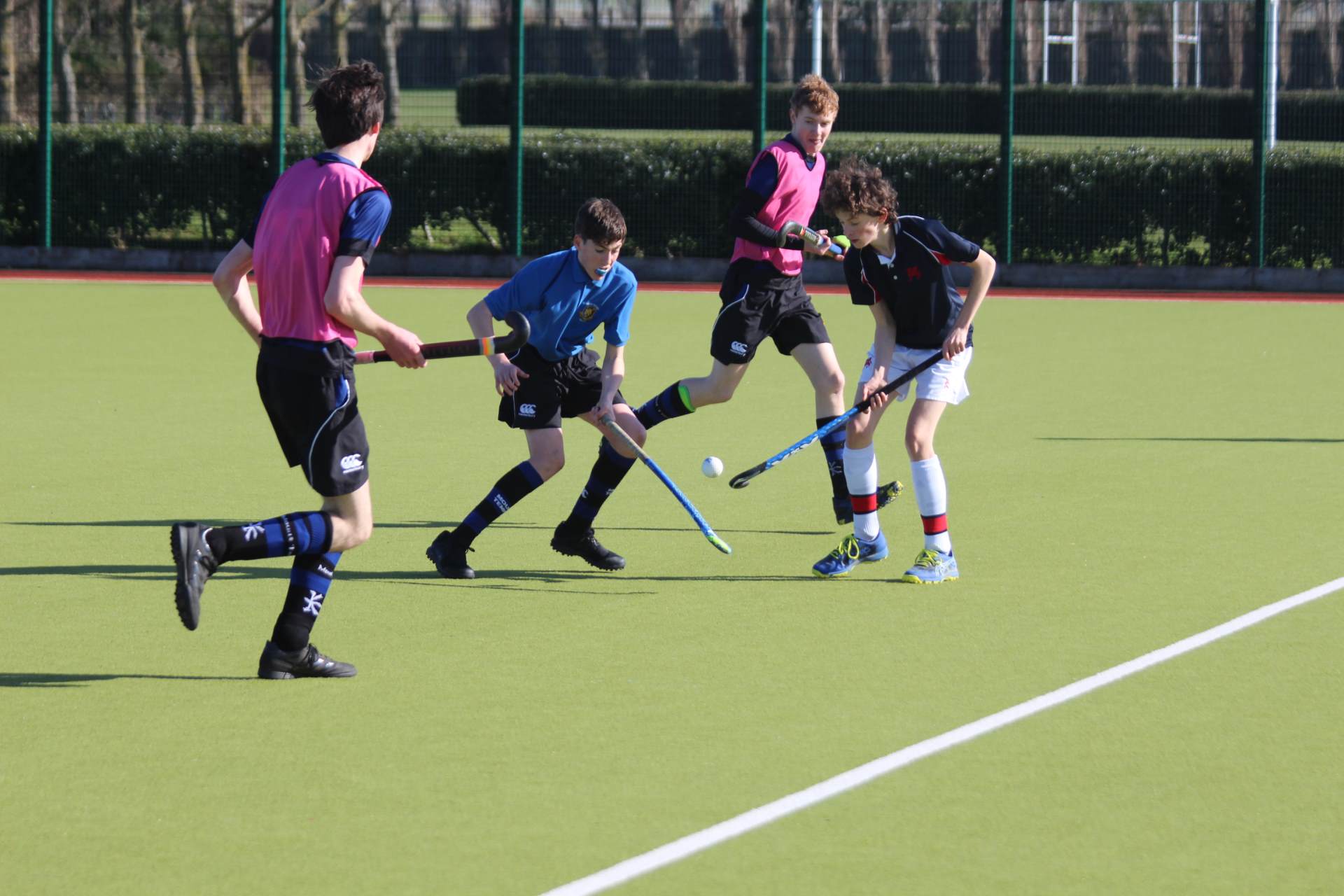 The Senior 2s played St. Columba’s in the Senior Trophy Semi Final, pulling off a great comeback. We were 3-0 down at half time, a great 2nd half saw a quick goal two minutes in from Euan Walsh after a successful high press. Followed by some great interplay seeing a move end with a stroke for a foot on the line, converted by Josh Bradshaw. The comeback was completed when Gavin Herlihy volleyed home a loose ball in the circle. It finished 3-3 at full time so the game went straight to a shootout which ended 3-3 again and to go into sudden death. After a sharp save by Alan O’Donnell on the first shoot out, Josh Bradshaw got the chance to win it. He calmly converted to complete the magnificent comeback and put the Senior 2s into the cup final. Well done to all the team.