There were some outstanding individual performances with Jamie Byrne (2nd Yr) wining the Junior Boys race and Faye Dervan (5th Yr) finishing in 4th place in the senior girls category.

Both teams ran superbly and finished in 3rd place in both the Junior Boys and Senior Girls categories.

Finishing in the top 3 has gained qualification for both teams into the All Ireland Championship next month. Well done to all involved.

Well done to the Under 14 A XV who stretched their unbeaten run to seven matches with an excellent 10-26 away win over Castleknock College. Centre David Gilmore had a tremendous match, scoring two tries. Well done to Issac Reid and Sam McMullin who added further tries, with out-half Charlie Hempenstall slotting three conversions. Openside flanker Jack Watchorn was another stand out performer in this match.

The Under 14 B XV lost 21-7 away to Castleknock College. Well done to flanker Ethan Orr, who capped an excellent individual performance with a score which was duly converted by Christian Ryan. There were also encouraging performances from Danny MacLaughlann-Hickey and Jack Freyne in this match.

The Senior Bs beat Sanford 5-0. They had a number of chances but the played well in their general play. Goal scorers: Oliver Dennison, Rob Parkes, Josh Evers and Euan Walsh.

The U13 Cs lost 3-1 to Dundalk. A good match with a much improved second half performance, clearing the ball out the wings.

Congratulations to the U14 As who beat St Andrews 5-0 in their league final. The game started with chances for both sides, but Andrews were the stronger team initially. After Ed Collins scored the game changed with Theo Marcoux putting away the second with a really good goal. A strong second half performance saw Jamie Byrne slotting away the third with a clinical turn and finish. The team played with confidence and Ed Collins and Antoin Roquette finished off the score sheet. Well done to all the team on their superb performance. 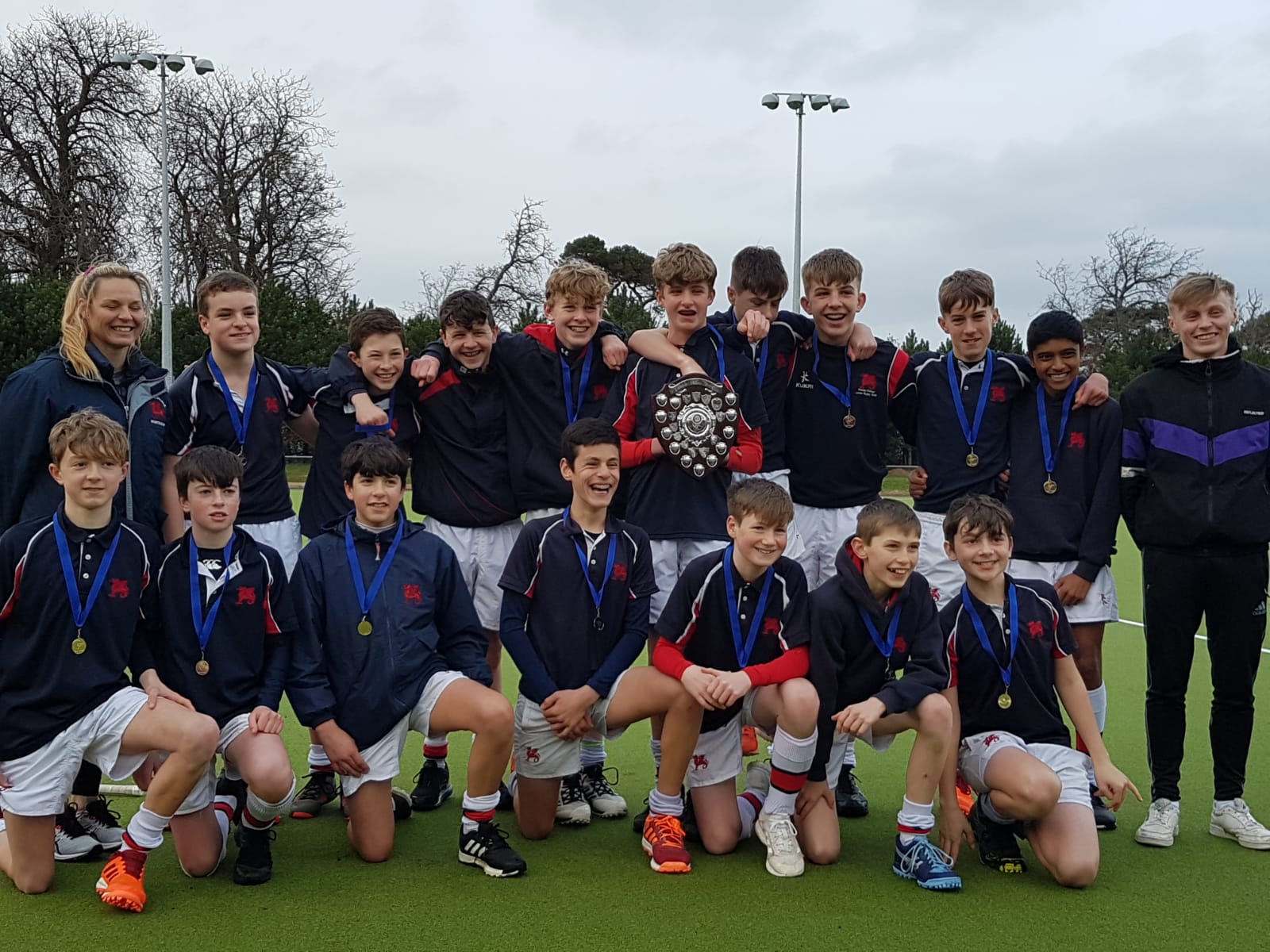 Congratulations to the U13 As who had a comfortable win against Kilkenny College.

The Minor As beat Kings Hospital in their final group league game. This result means that we top the league and have a semi-final to look forward to after the break, well done to all the team.

The Minor Cs lost play off quarter final 4-0 to a strong St. Andrews College side. The first half was an even enough affair with Alya Egan making sure the score remained 0-0. Going into the second half we felt we had a good chance but went one goal down after 10 minutes. Alya continued to make saves to keep us in contention but was beaten on two more occasions. The final goal came with only one minute left. The whole team worked hard throughout the match and did their best.

The First Year A were up against Dalkey in the Cup Quarter Final. A poor first half, maybe because of the lack of training this week. Saw us absorb a lot of pressure in the first half. The second half saw us turn things around and we looked the better team. The game went to a shoot out which we won 4-2 thanks to Aisling Dolan saving two.

The First year Bs played Kings Hospital A/Bs, drawing 0-0. A good game and great to get time playing 11 a side. They played well in the 2nd half and should have won the game after a few right hand circle entries.

The First year C1 and C2 teams were also in action, away in Santa Sabina. The C1 won 3-1 with a very good second half, Martha McCaughey was player of the match. The C2s drew their game 1-1.

The Prep girls lost 4-1 to Our Lady's Wayside. The Wesley girls started well scoring first but reverted back to hit and hope balls and playing through the middle which was their undoing.