Another good week for the U-16s who won the Eastern Region Development League Final against Firhouse CC 48 – 29. It was a thrilling game with the boys producing their best performance this year. We wish them luck as they now qualify for the Leinster League in the New Year. 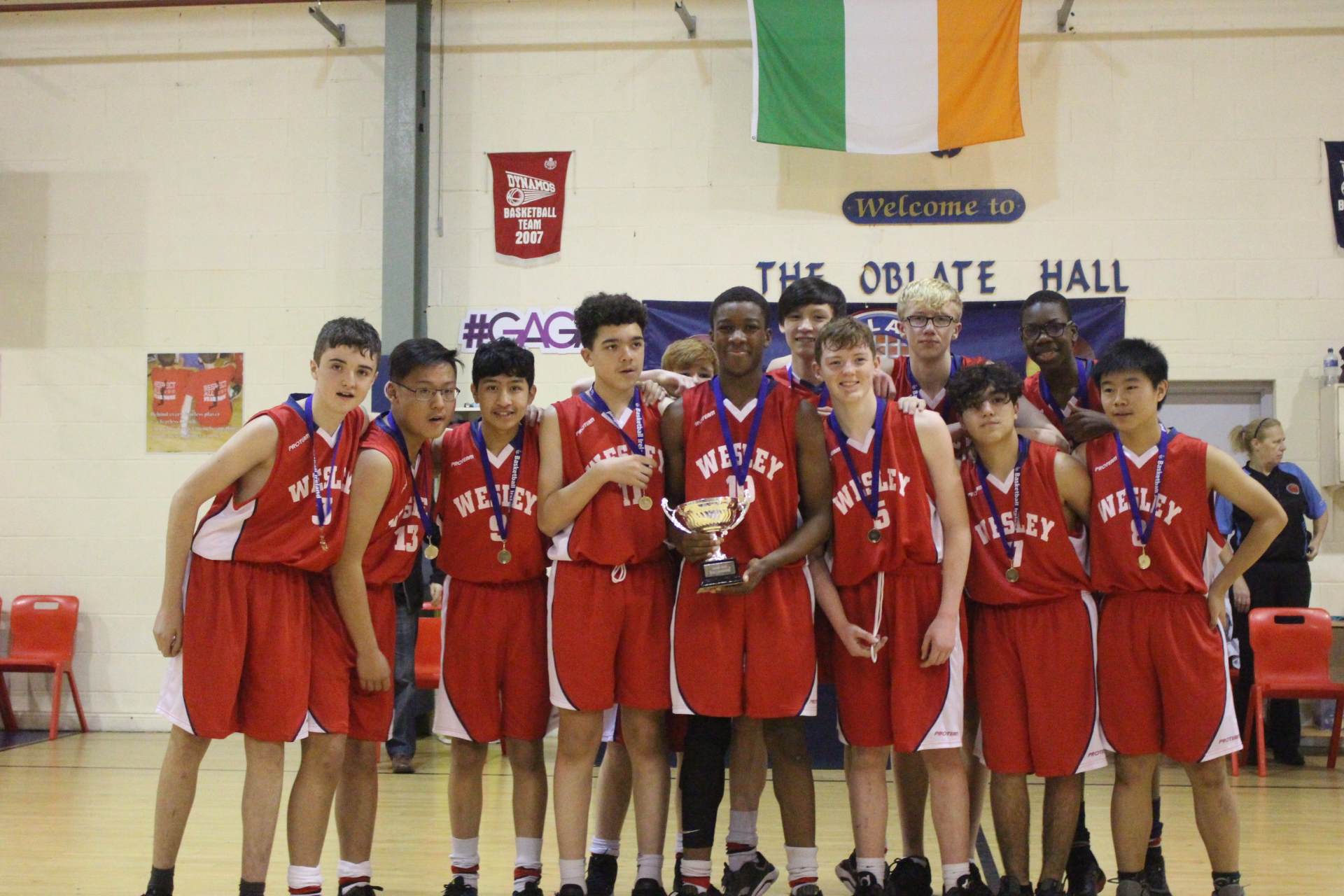 The Senior Girls started the week with a good 4-1 win against Salerno on Monday and unfortunately had a disappointing loss to Kilkenny, 2-1 on Wednesday after a very encouraging team performance. 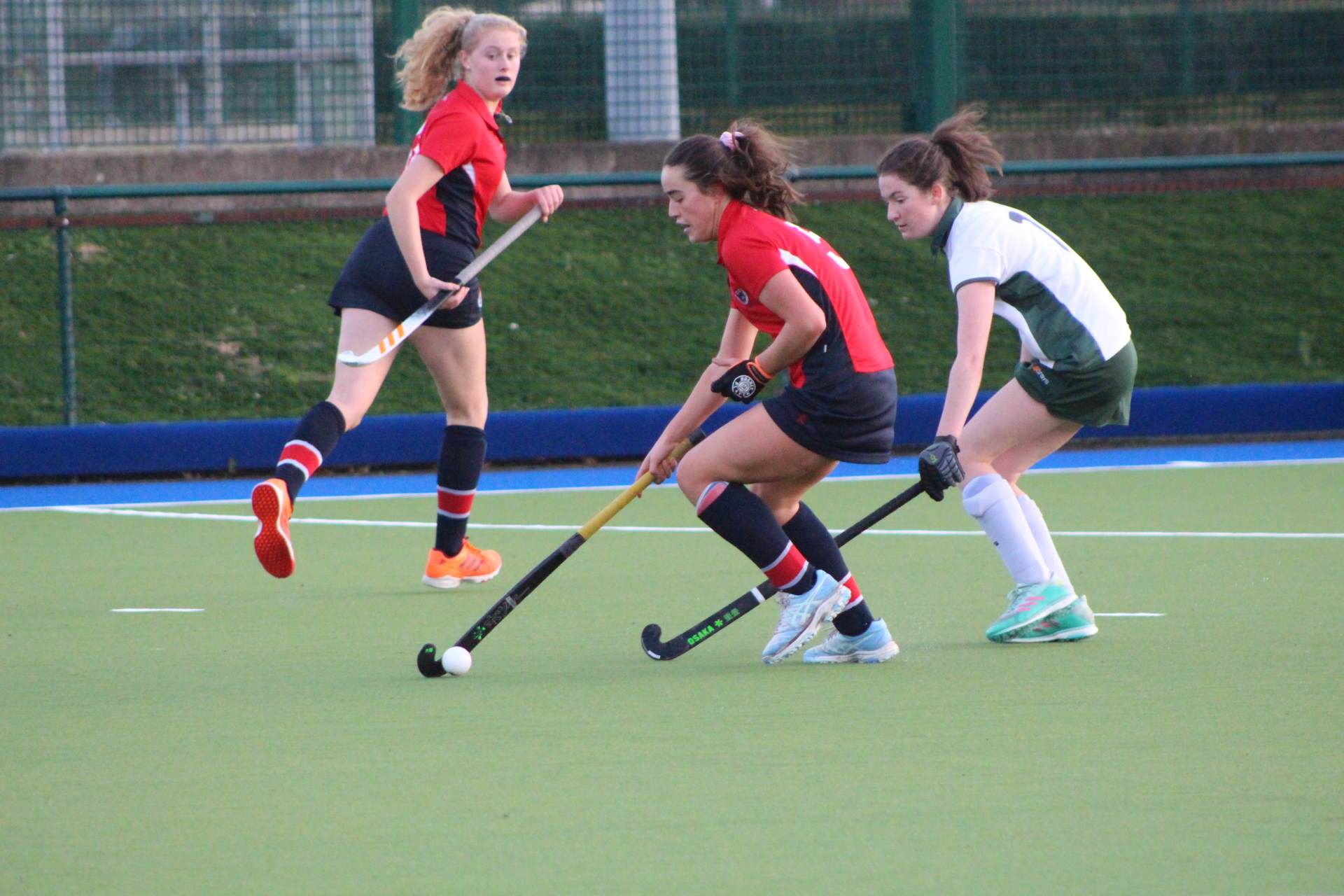 Congratulations to the Senior 4s who have maintained their top place in their league with a win against Sancta Maria. Goals from Eva Stafford, Steph Conlon, Emma Byrne and Isabel Moran.

Well done to the Junior As who had a great team performance against Kilkenny. The final score 4-1, with goals from Robyn Burke-Mellon, Emma Montgomery, Lauren Parks and Tara Galbraith.

The Minor Ds drew 1-1 with Mount Temple. Wesley were the better team in the first half and took the lead through Lucy Allen. Anna Wilson did very well in goal to keep the score to a draw.

The First year A and B teams played some great 11 aside hockey against Kilkenny. They are making great progress every week and competing well in the full sided games.

Hard luck to the Junior Ds who lost to Loreto Foxrock in their League Game over the weekend.

Congratulations to the Minor As who had a great 4-0 win against Loreto Beaufort in Cup. Goals from Sophie Stewart, Meadhbh Scanlon and Aoife Cameron

The First year As had a great win against Loreto Foxrock, 3-0. Isabel Collins, Mila Fulton and Emily Taylor the goal scorers.

The First Year Bs lost 1-0 to Foxrock, despite having lots of scoring opportunities. Stand out performances from Cara Sexton and Charlotte Townsend.

Well done to the U-15 A XV who had a marvellous 22-36 away win over Kilkenny College on Wednesday afternoon. Well done to Ferdia Spain and to Milo Campbell who scored two and three tries respectively, and to Peter Montgomery who added an additional try. Peter extended his points tally in the match to eleven with three conversions. The Under 15 B XV were beaten well by a strong Kilkenny College B side.

Well done to the Senior 1s who beat St. Killian’s 5-0 with Jack Smalley rounding off a team goal which is a contender for goal of the season!

The Senior 2s drew 1-1 with St. Columba’s 1sts and lost 2-0 to St. Killian’s 1s despite creating a hatful of scoring opportunities.

The Junior Cs lost 2-1 to St. Columba’s Bs despite Daniel Warman Spain making a number of fine saves in goal.

The U-14 As beat St Killians 5-0 in an emphatic performance. While the U-13 As lost 1-0 to St. Andrew’s in a tight, tense and entertaining affair. Isaac Reid had an excellent game in nets.

The U-13 Bs beat St Killians 2-0 with Max Caulwell scoring both goals. Luke Murray, Max Keegan and Christian Ryan all put in a very good shift. While on

U-13 Cs played some good hockey against Drogheda Grammar School on Wednesday and created some opportunities that they unfortunately couldn’t convert. Despite the loss, Luke Murray and James Lindsay played very well as a centre duo.

This week also saw the annual Christmas Hockey blitz. Pupils from Preps right up to 6th year took part in yet another successful 16 team tournament which saw the Reindeers take the title, beating The Grinch's in the final. You can check out more photos here. 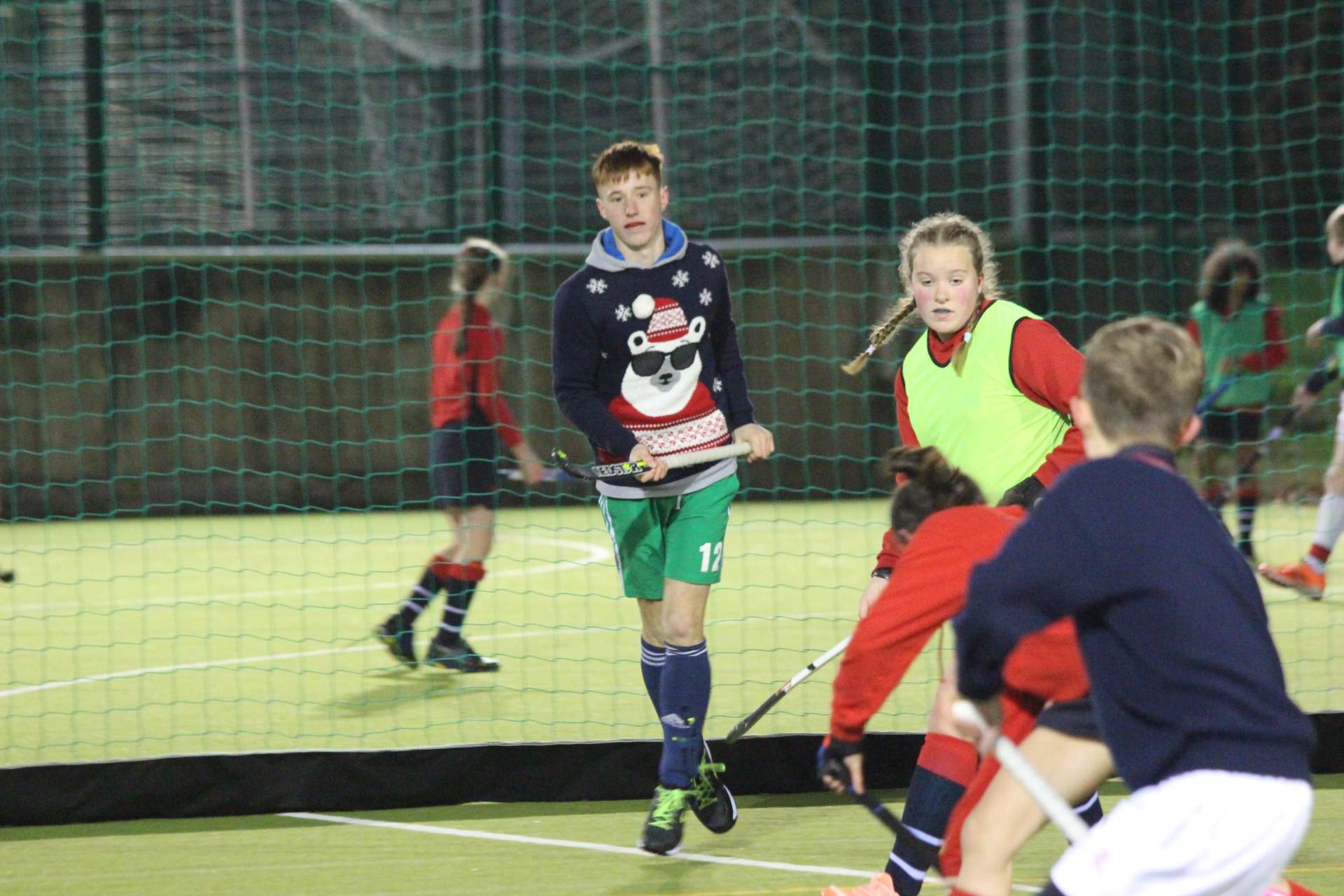