Well done to our U14 boys badminton team of Oliver Tang, Ruarc Mullarkey, Harry Johnston and Louis Small, who had two fantastic wins over Terenure A and B teams on Friday. They won 11 out of 12 games in both singles and doubles which is an excellent result. 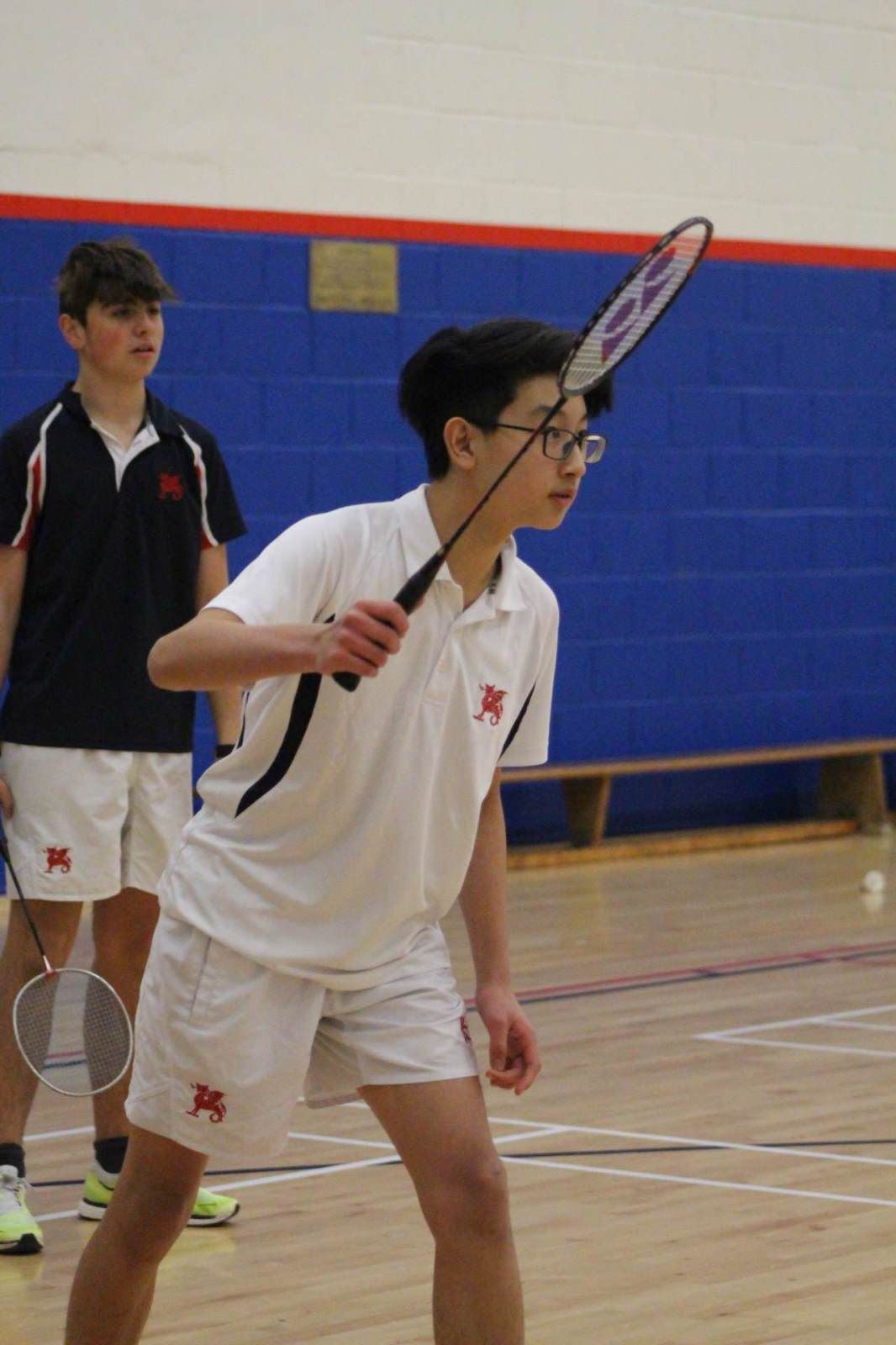 A massive congratulations to the SCT XV who have topped the Leinster Senior League Division 1A pool after a 13-10 victory over Castleknock College on Wednesday afternoon in tough playing conditions. The Wesley try scorers were Oisin Spain and Jack Atkinson. Jack also kicked a penalty to secure a fantastic victory for this side. 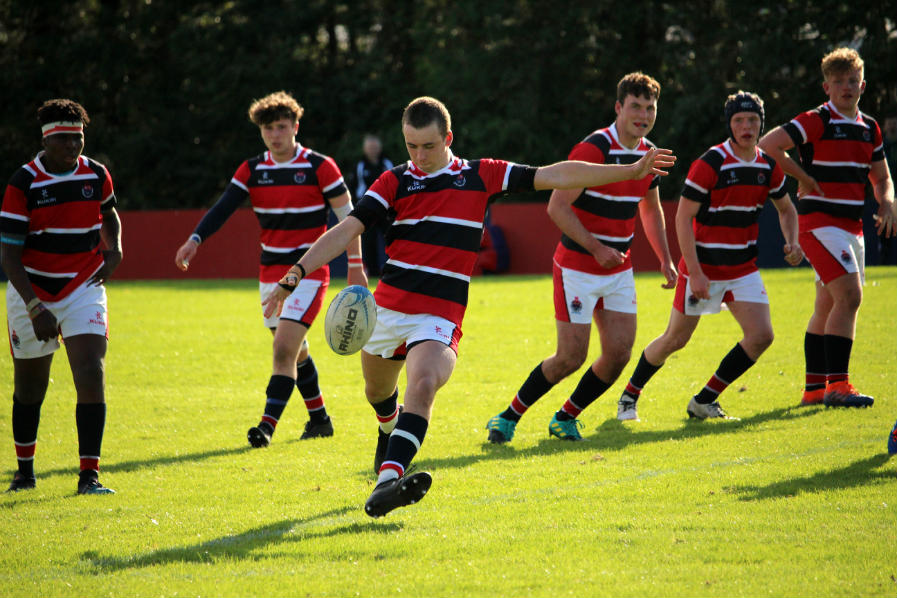 The 2nd XV lost 12-24 at home to Castleknock College. Well done to captain Adeola Ogunyemi who scored twice, with Alex Devaney converting one of those tries.

The JCT XV lost 38-7 away to Castleknock College. Well done to 2nd Year Ed Collins who continued a fine vein of form with another score that was duly converted by out-half Jonny Cazzini.

The U14 A XV won 0-43 away to CBC Monkstown in an impressive display. Freddy Turley and Sam McMullin scored two and three tries respectively with Charlie Hempenstall and Max Brock adding additional scores. Charlie also a successful afternoon from the tee, kicking six conversions from seven.

The U14 B XV made it six wins from six this season winning a close encounter 26-31 against CBC Monkstown. Well done to centre Harry Shannon who scored twice alongside additional scores from Joe Cullen and the half-back pairing of Sam Ryan and Christian Ryan. Christian also added a further three conversions from the tee.

The U14 A & B XV's were unfortunate to lose two tight contests to two strong Gonzaga College sides on Saturday morning, both within seven point margins. The U14 A XV were lost 12-7. Captain Sam McMullin was our sole try scorer which was duly converted by Charlie Hempenstall. The U14 B XV lost 17-10 with the half-back pairing our Sam Ryan and Jose Saturnino both scoring tries.

The U15 A XV produced a marvellous defensive display to win 21-14 at home to Terenure College. Ed Collins put in an impressive performance to score two tries alongside an additional score from Ferdia Spain. Out-half Peter Montgomery gave a clinical performance from the tee, slotting all three of his conversions. The U15 B XV were beaten well by a strong Terenure College U15 B team.

Hard luck to the Senior 1’s who played in miserable conditions and had a disappointing loss to Loreto Beaufort 1-0 in the league. The Senior 2’s however beat Temple Carrig 5-0 with goals for Anna Lew, Lucy Quirk and Abigail Walsh while Katie Bell maintains her clean sheet in goals.

The Juniors A’s had a great win in the second round of the Cup against St Andrews. They went down 1-0 after the first 5 minutes but showed great character to come back and score 3 goals before half time. The final score was 4-1, with the pitch just about playable to finish the match.

Despite losing 1-0, the Junior B’s played some nice hockey against St Teresians in a friendly.

Well done to the Minor B’s who won 3-1. Goals from Sophie Moran and Aisling Price. The Minor C’s drew 1-1 with St. Columba's A team in the league. The girls created lots of scoring opportunities, with Kate Morrison scoring our only goal.

The Junior B’s drew their league game against Loreto Beaufort 1-1 on Saturday. Molly Fitzpatrick scored the goal in the first half. It was a very end to end game, with Beaufort coming back in the second half to equalize. 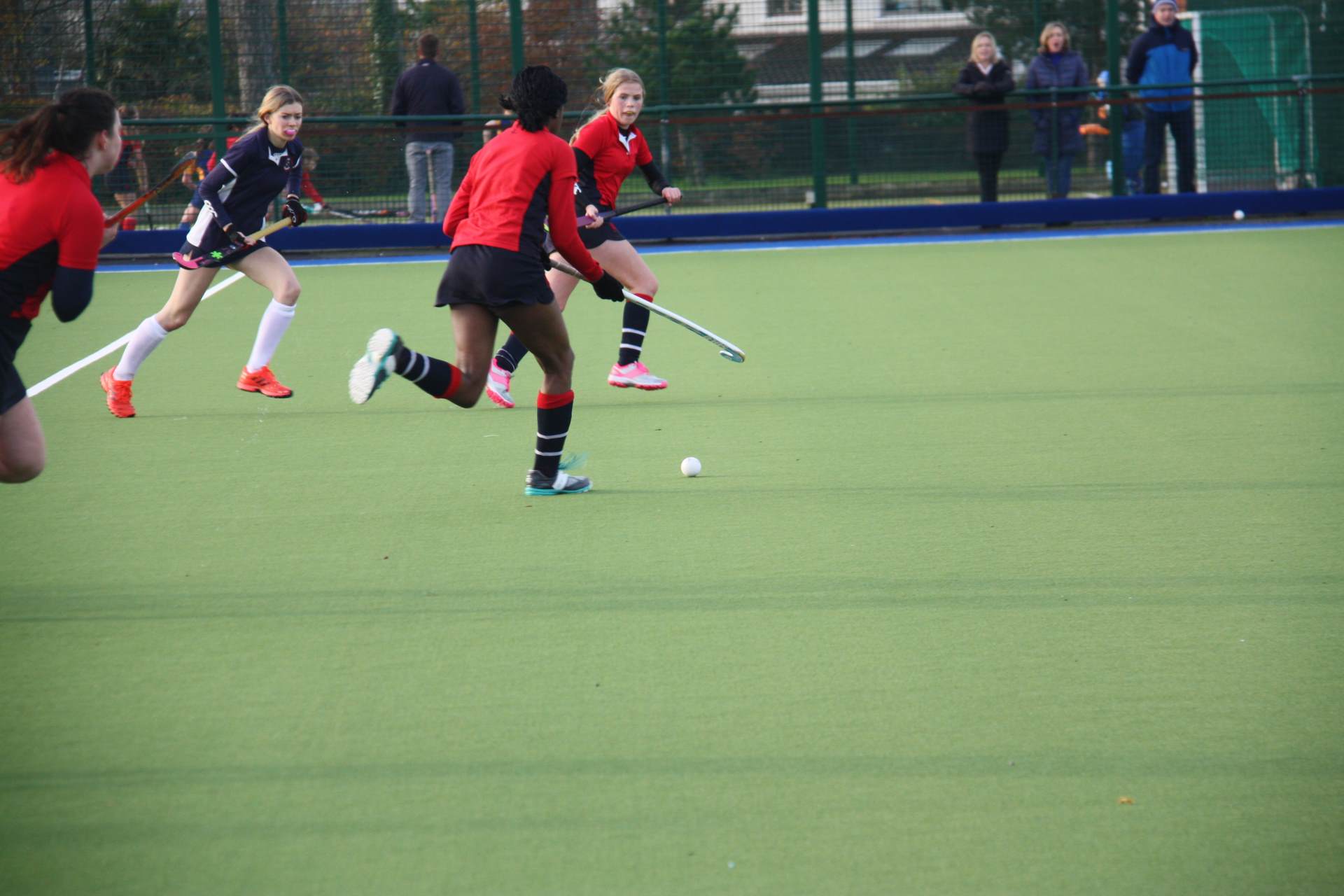 The Junior D’s had a great win in their League against Holy Child Kiliney. Goals from Regan O'Hanlon, Shona Taylor and Aimee Campbell. Really great team performance from the girls. Well Done

Well done to the Minor B’s who won their league game 1-0. The only goal coming from Clara Delaney. Hard luck to the Minor Cs who lost 3-1 to Alex.

The First years did really well on Saturday. Wins for the First year A1 and the B1’s against Teresians. Some convincing wins by the girls. 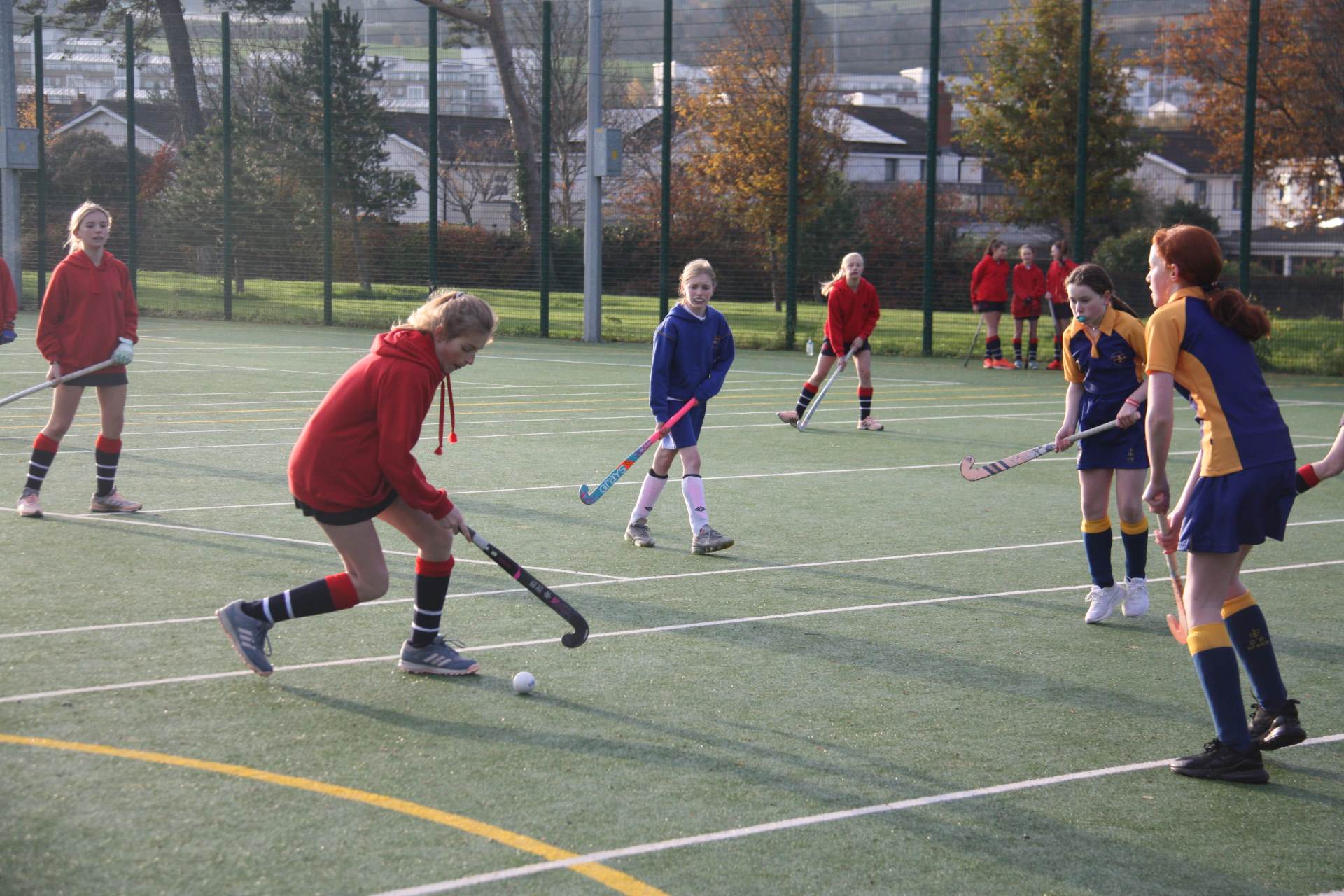 Th First year B2 lost to Alex 1-0 in a super match. The C1 & C2 teams had a very tough game against Alex, but played some great hockey.

The U14 A’s drew 1-1 with St Andrews on a rain drenched pitch. The boys produced a good performance given the conditions. While the U14 B’s lost 5-0 to Sutton Park A’s despite a lot of heroics between the posts.

Well done to the Senior 2’s who beat Sutton 1’s 2-1 in the league. The goals were scored by Daniel Plunkett and Ewan Walsh.

The Junior B’s lost 2-0 to St Columba’s A’s despite a very encouraging performance on Friday. While the U-14 B’s beat St Killians A’s 1-0 with Ben Fitzgerald getting the decisive goal.

Commiserations to the Senior basketball team who were beaten by Palmerstown during the week. Unfortunately that is the end of their league campaign but we wish the team good luck in their friendly games for the rest of the season. 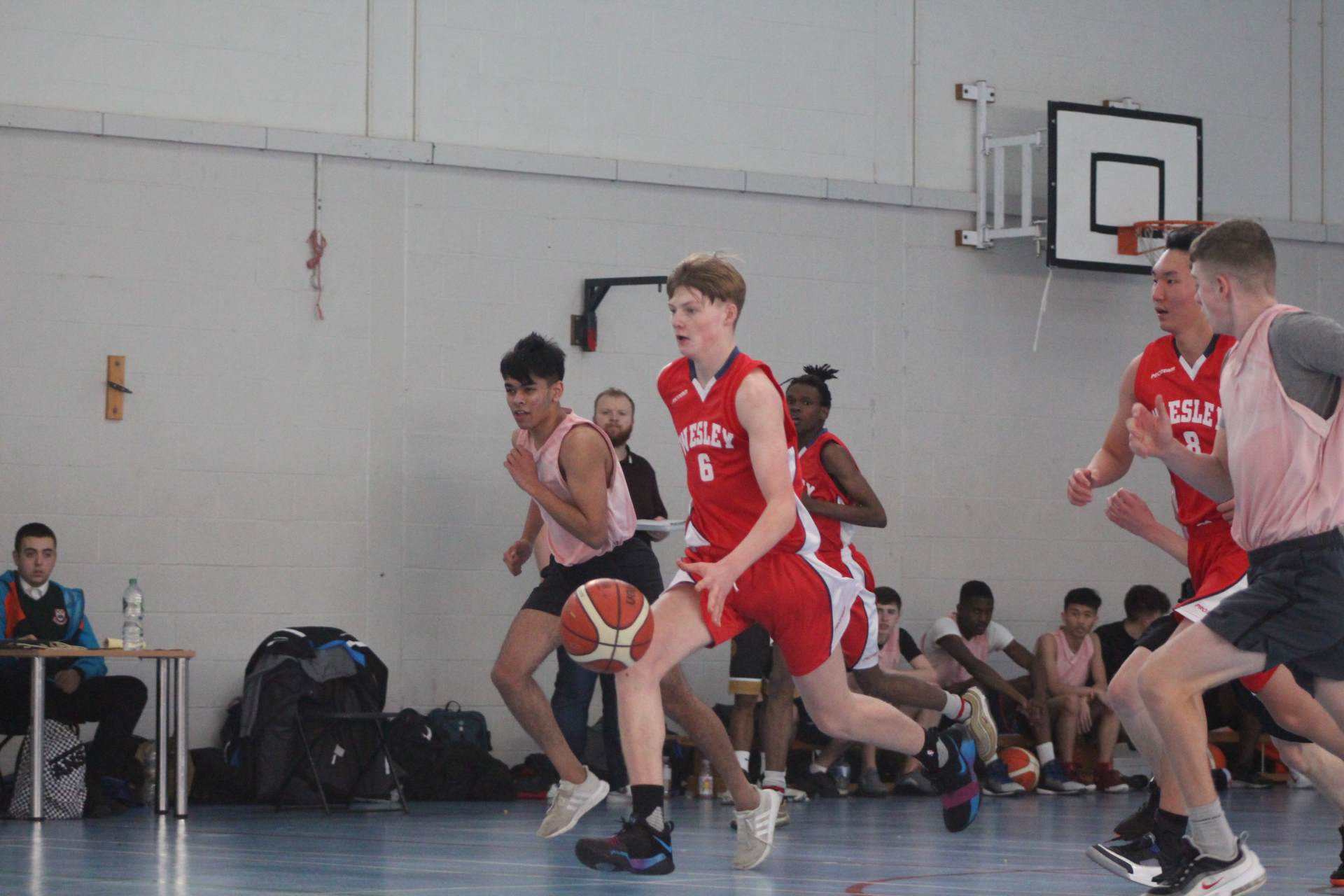