The U19 A Boys were beaten by Terenure College in the U-19 Div 1 Dublin Schools Badminton Finals yesterday. The Wesley boys played well and had very close games against Terenure. We have now qualified for the U19 Boys All Leinster Finals in Baldoyle next Thursday the 23rd January. Good Luck to the team in this. 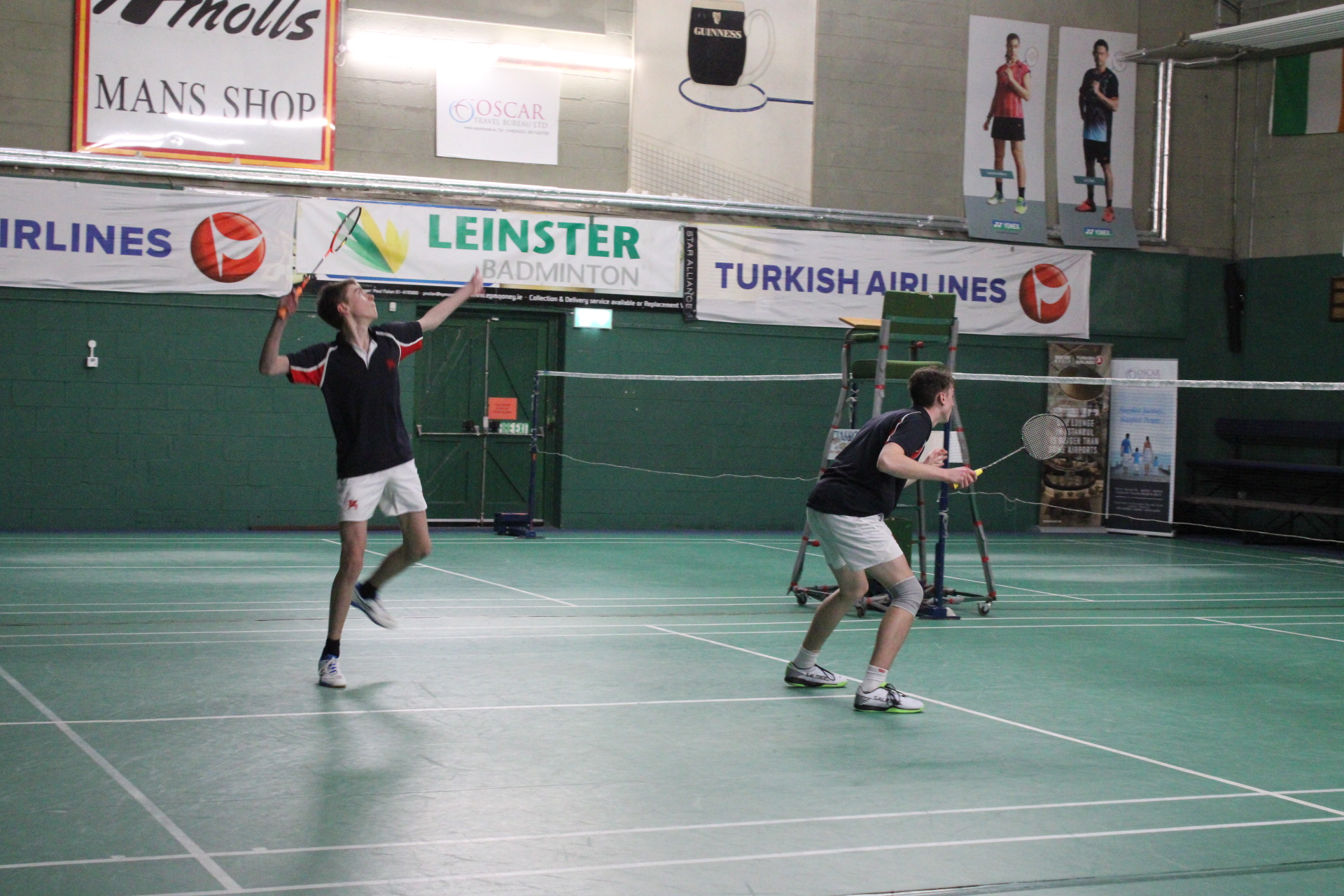 Best of Luck to the U16 A boys team who will play in the semi-final of their league this Wednesday in Whitehall Badminton Centre.

Congratulations to the U16 boys who won their semi-final on Friday and will play in the final on Friday. Good luck to all the team.

Congratulations to the Junior boys’ Cross-Country team who won the team event at the Blackrock College invitational on Wednesday. The 5 team members finished in the top 10 places; with Jamie Byrne taking gold, and Killian O’Brien taking silver. 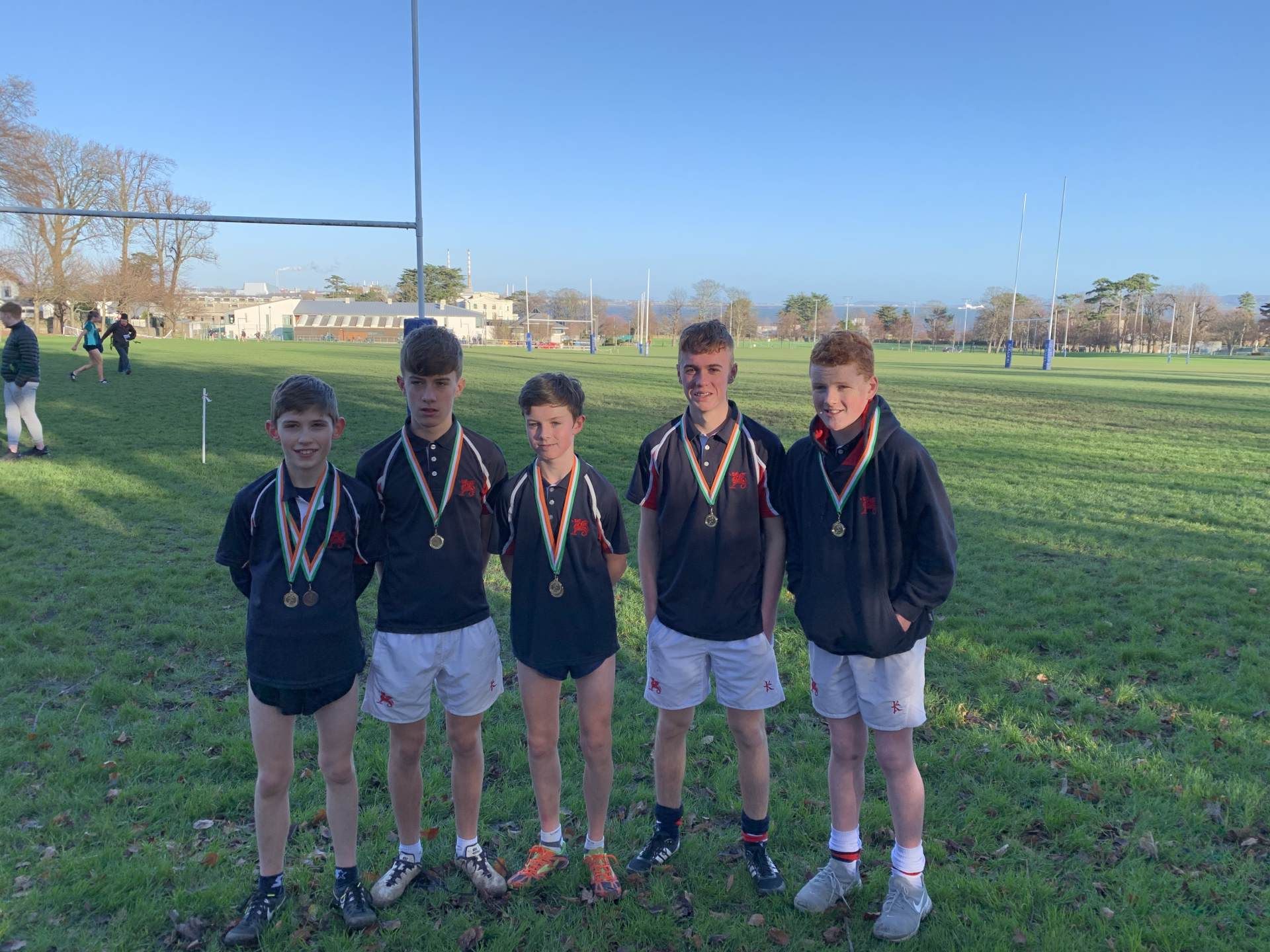 This sets them up well for the East Leinster competition next Tuesday in Bray. Good luck to all students taking part.

Congratulations to the Senior 1sts who beat St Andrews 2-1 in the league final. Wesley started the brighter of the two teams, with a number of circle entries. After the frantic start both teams settled down. Wesley had a goalmouth scramble cleared from a Jack Smalley shot. St. Andrews were put through on goal but Chris Bailey, came out and sharply dealt with the one on one.

The second half kicked off with Wesley applying pressure creating a glorious chance which went wide. Wesley and St. Andrews exchanged penalty corners neither team scoring and Bailey making several more saves. What followed was a brilliant 2 minutes of play. First Ben Cullen and Tom Power neat interplay on the left baseline saw Ben Cullen’s shot deflected into the roof by Craig Mackay and then directly from tip-off Wesley turned over St. Andrews ending with Tom Power hammering home a volley to make it 2-0 and 5 minutes to play.

St. Andrew’s responded well and after some waves of attack finished a forehand strike well across goal making it a nervy 2-1 with 2 minutes to go. Wesley proceeded to kill the game off keeping possession in the far corner of the pitch. Wesley lifted the League Trophy with great pride for the 3rd year in a row.

Well done to the Junior As who had a convincing win against The High School in the league, winning 5-0. Great team performance with a hattrick from Siuin Woods, goals from Mikayla Power and Tara Galbraith.

The Senior Development XV lost 46-5 to a strong Blackrock College side in the first match of their Forster Cup Campaign. Well done to Hugo Hjelseth who was the sole Wesley try scorer. The team now look forward to their next match in the Forster Cup at home to CBC Monkstown next week.

Commiserations to the JCT XV who lost out narrowly in the first round of the Father Godfrey Cup to CBS Naas 24-19 on Wednesday afternoon. Captain Oran Handley led by example, crossing over for two scores. Second year Ed Collins scored an additional try. while Jonny Cazzini added two conversions. Despite the teams best efforts, it was not enough on the day. Well done to captain Oran Handley and his team for representing the College with such distinction in the match. 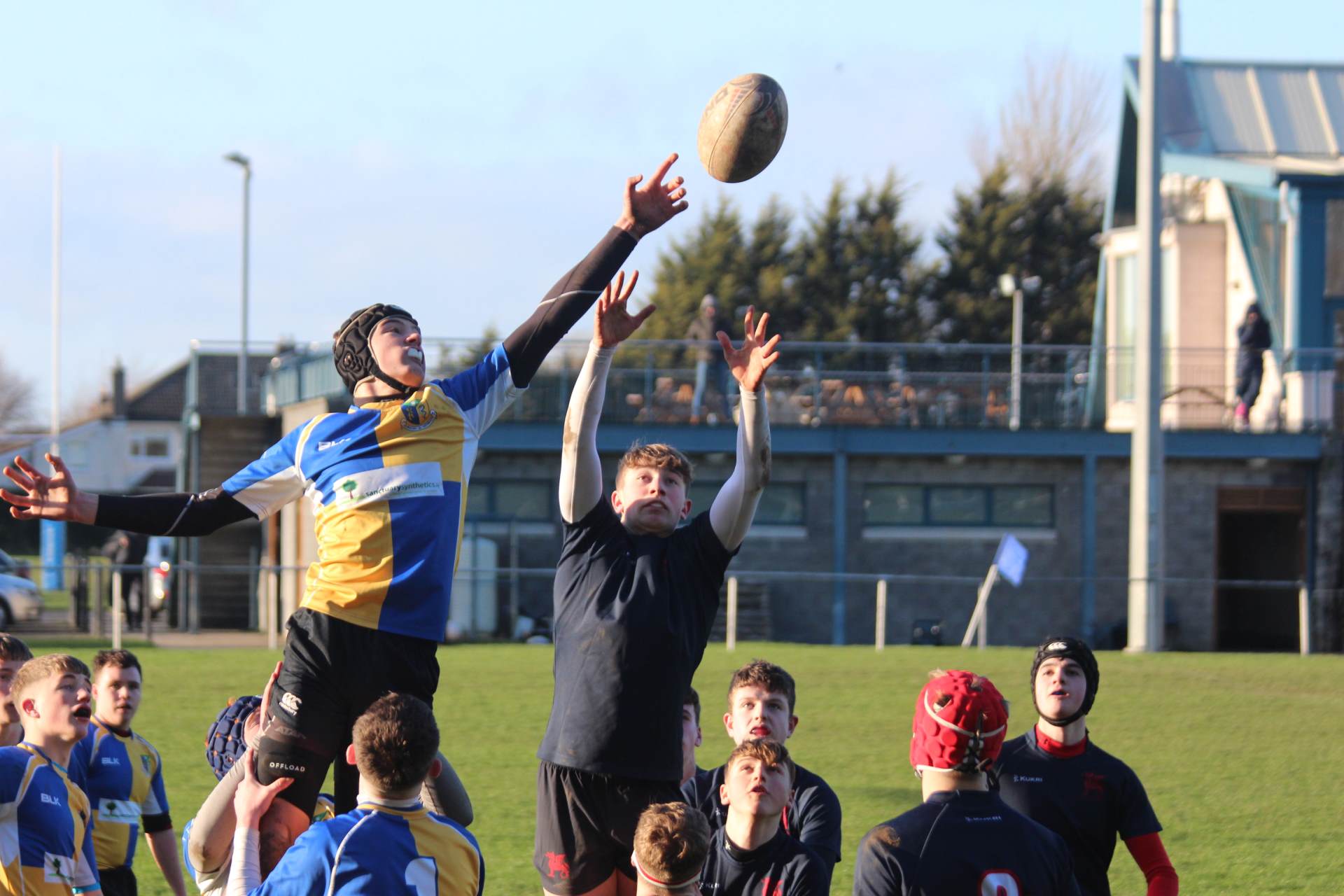 The U14 A XV played out an enthralling 12-12 draw at home to Gonzaga College on Wednesday afternoon with an exceedingly high standard of Rugby being played by both teams. The Wesley scores came from back rowers Freddie Turley and Sam McMullin with Charlie Hempenstall adding a conversion to the points tally.

The U14 B XV returned to winning ways with a magnificent 34-12 victory at home to Gonzaga College. Well done to Andrew Gordon, Christian Ryan, Sam Ryan, Jack Lucy, Ryan McConnell and Kenan Seddik who all scored tries. Out-half Christian Ryan took his points total to nine in the match with two conversions.

The SCT XV travelled up to Belfast on Saturday morning to take on Campbell College in their last match before their Leinster Schools Cup match against Kilkenny College next week. The team played out a close encounter losing 22-21, with Jamie Metchette, Peter Costello and Max Collins all crossing over for scores. Scrum-half Jack Atkinson added a further six points with three conversions.

The U-15 A XV played out an exciting encounter on Saturday at home to CUS, losing 26-38. Well done to Ferdia Spain who scored twice, and to Ed Collins and Aaron Wallace who also got on the scoresheet. Peter Montgomery added a further six points to the tally with three conversions.