Well done to the U14 As who beat Kilkenny 2-0 with Theo Marcoux and Sanj Reddy scoring the only goals of the game.

The Junior B's lost to St Andrew’s A with Diarmuid Noonan scoring the only goal for Wesley. The Senior 2s also lost out to Andrew’s 1s.

The Junior A’s came back from 3-0 down against The High School on Friday to draw 3-3 in an exciting last quarter where the boys gave it their all. The U13 Cs lost out 1-0 in a competitive match against The High School. Very even match of which both teams had good chances to win. Conor Delany and Stephen Milo Penny impressed outfield while Cillian Sisson put in a fine performance in goals.

Well done to the Senior Development XV who came from 7-12 down at half-time to win 28-12 at home to Kilkenny College. Well done to Toby Durham who crossed over for two tries, alongside additional scores from Kameron Moran and Jamie Crooks. Jamie Crooks took his points tally in the match to 13, kicking four of his five conversions.

The Senior Development XV lost out narrowly 26-19 in an exciting contest away to Methodist College Belfast at Pirrie Park on Saturday morning. Well done to Sean Foulds, Toby Durham and Jamie Fish who were the Wesley try scorers. Jamie Fish and Hugo Hjelseth added to the points tally with one conversion each.

Well done to the Under 14 A XV who won 50-0 at home against St Andrews College on Wednesday afternoon. A special mention must be awarded to Freddy Turley who scored three tries in this match. The second row pairing of Isaac Reid and Darragh Fox also crossed over for scores alongside tries from David Gilmore, Jack Watchorn and Harry Shannon. Charlie Hempenstall added a further 10 points to the score with five conversions.

The U-14 B XV won 31-19 at home to St Andrew's College. Well done to Sam Ryan, Daniel McConnell, Ethan Orr, Andrew Gordon and Nathan O'Hanlon who all scored tries. Winger Marco Alonzi added a further six points to the tally with three conversions. 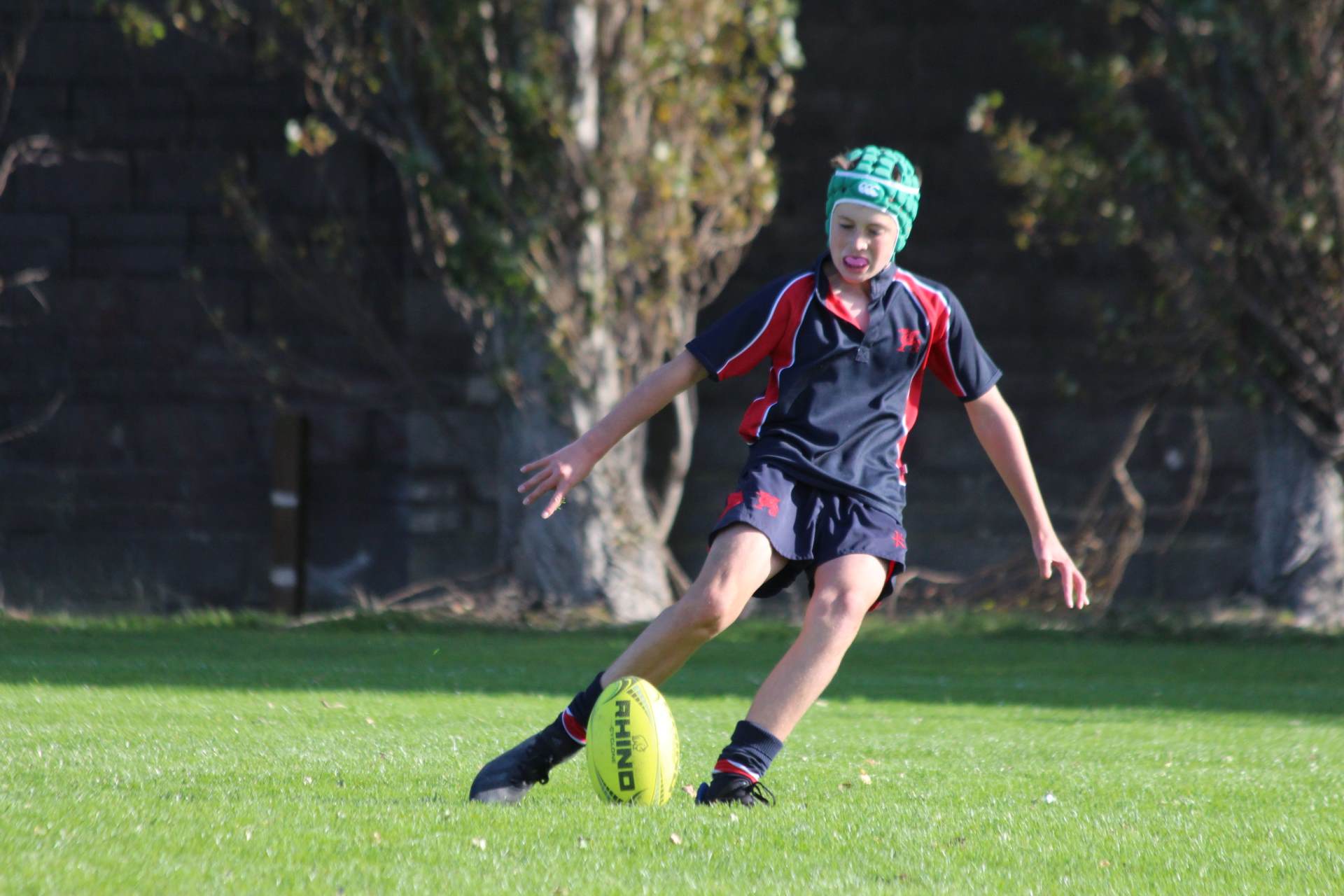 Commiserations to the Senior 1s who had a very disappointing loss in the Cup against St Andrews. The girls started the match very well and despite being a goal down in the first quarter, they fought back and scored off a well worked penalty corner to equalise soon after. Emma Paul went on to score from another penalty corner to make it 2-1. In the last few minutes of the game St Andrews scored bringing the game to a shootout. Unfortunately, Andrews won the shootout 2-1. 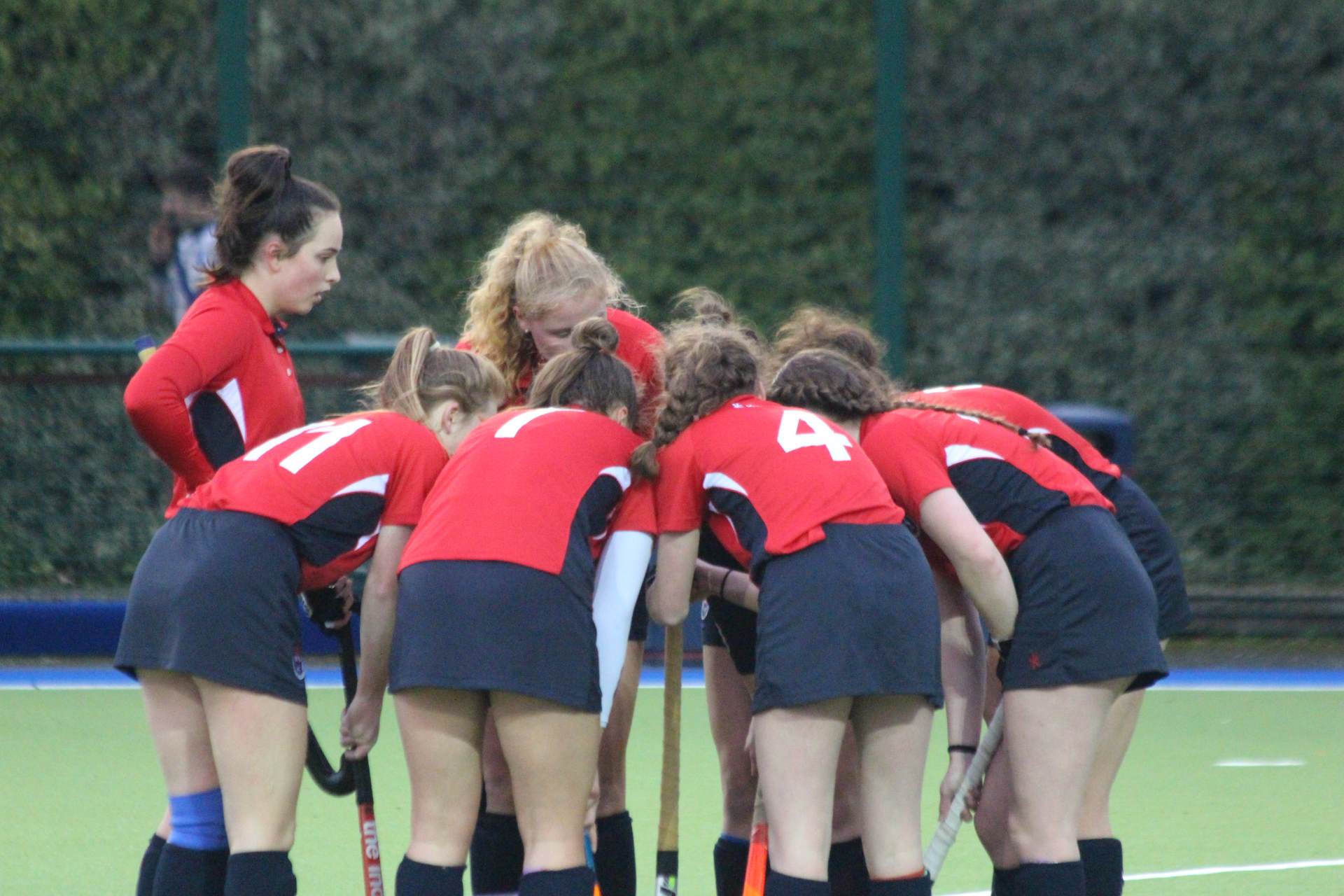 Well done to the Senior 5s who came back from being 2-0 down to beat Loreto Bray 5-2 in the league. Well done to Kimi, Kai and Lizzy, the goal scorers.

Well done to the Junior C’s who won their league match against Rathdown 3-0. Goals from Glory Daniel and Abagail Rouquette. 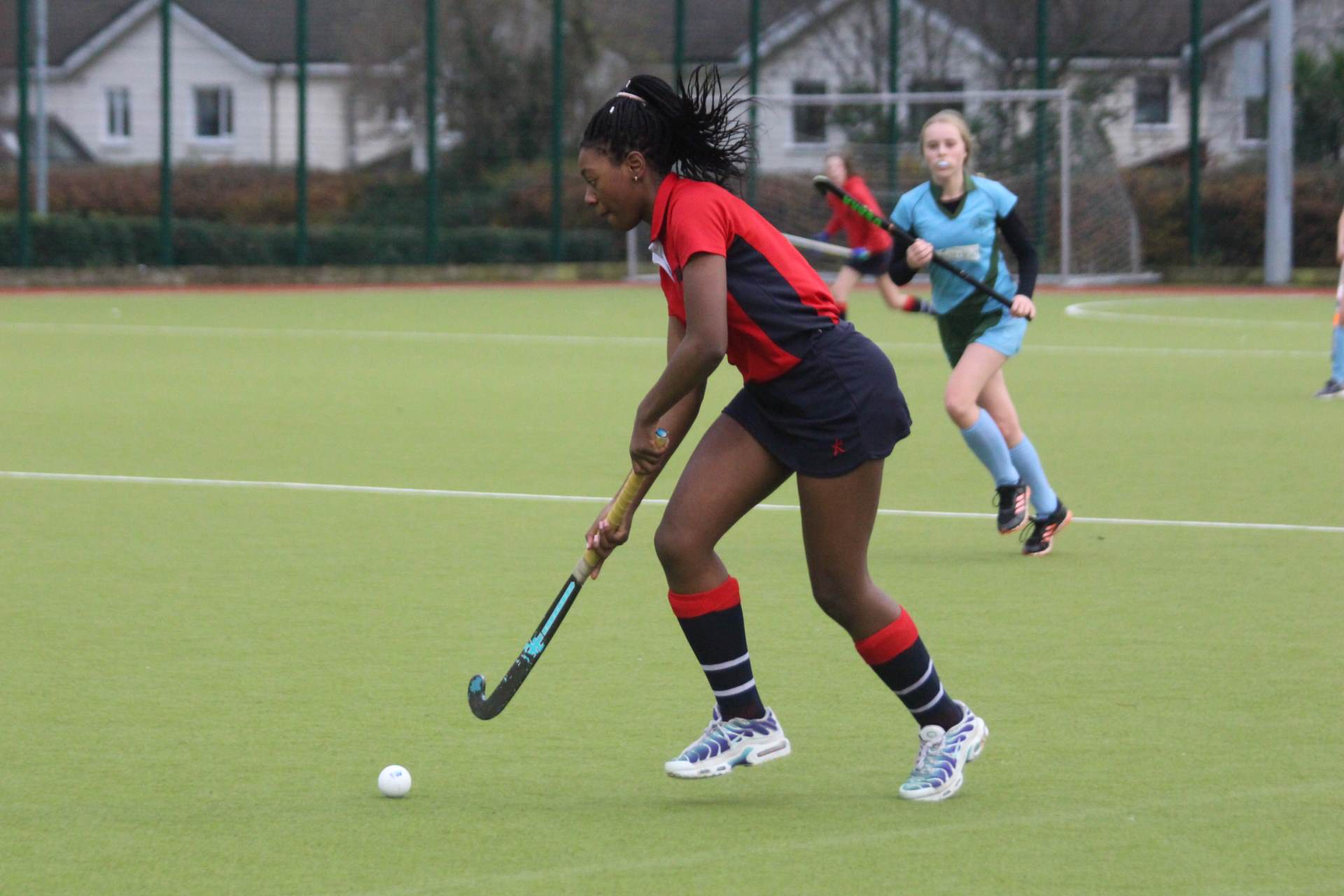 A special mention to Lucy Bond who was in goal for the Minor A’s against the Junior A’s in a friendly. She was outstanding.

Congratulations to the Minor A girls who beat Newpark in the 2nd round of the Cup 5-0. Goals from Meadhbh Scanlon, Ally Boucher, Milllie Nolan and Anabell Squires.

Hard luck to the First year Cs 1 who lost to Loreto Foxrock and Well Done to the First Year C2 who beat Foxrock. The B2 team won 6-3 and the B1s lost 3-1. The As both won their games.

Very hard luck to the Junior As who lost to Muckross in the quarter final of the Cup. They had a very good start to the game, leading 1-0 at half time, with an excellent strike from Mikayla from a short corner. Unfortunately, Muckross put the pressure on us in the second half and equalised soon after. They went on the get 2 more goals, Wesley fighting hard till the end but unfortunately lost 3-1. Good luck to the girls as they play a league game on Wednesday. 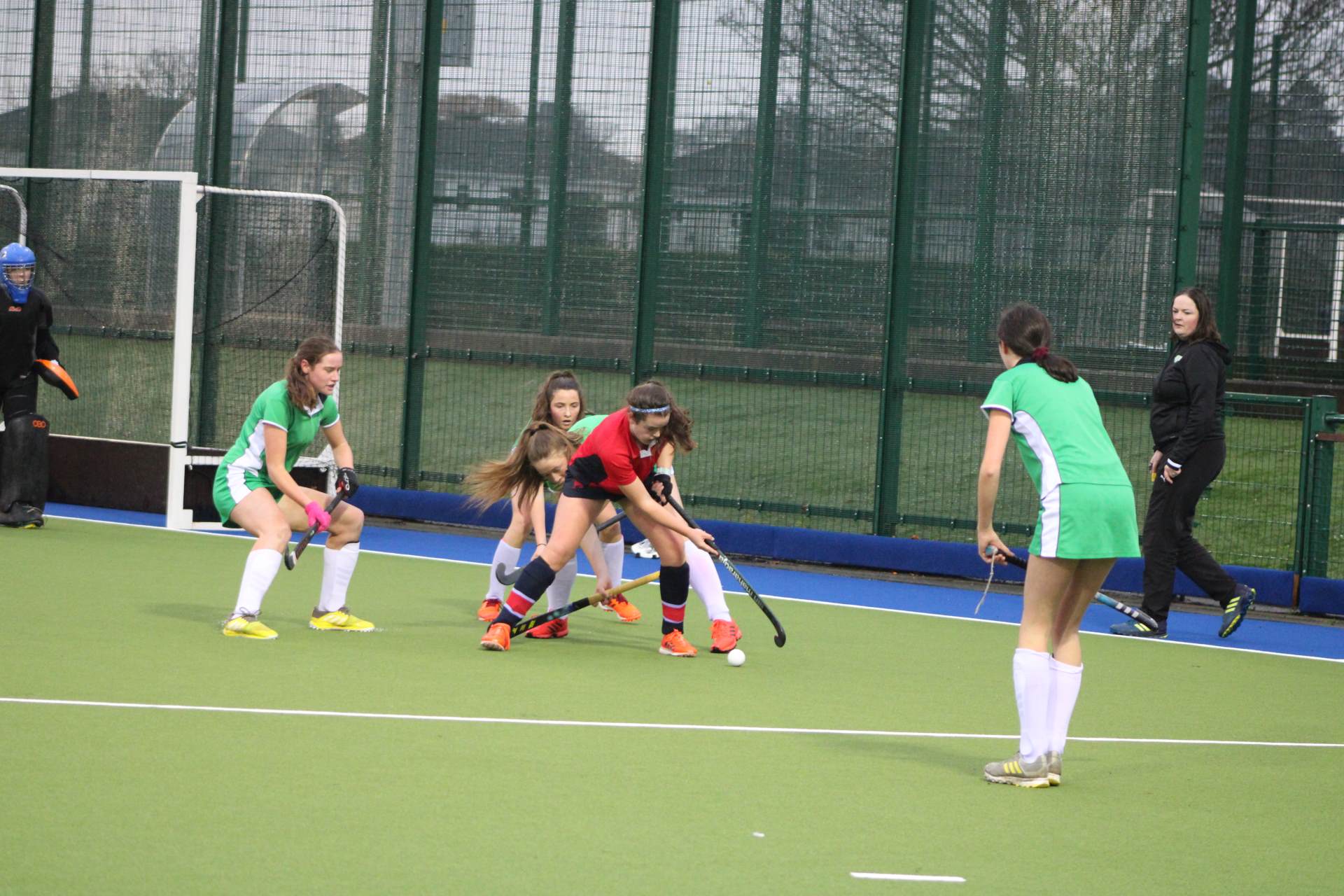 The Junior Bs drew 1-1 with St Gerard’s while the Cs won 1-0 against a very strong Muckross side. Goal from Alex Gordon.

The Senior 2s won 3-0 against St. Gerard's. The girls are getting stronger every week with Tharine and Maddie getting the goals. 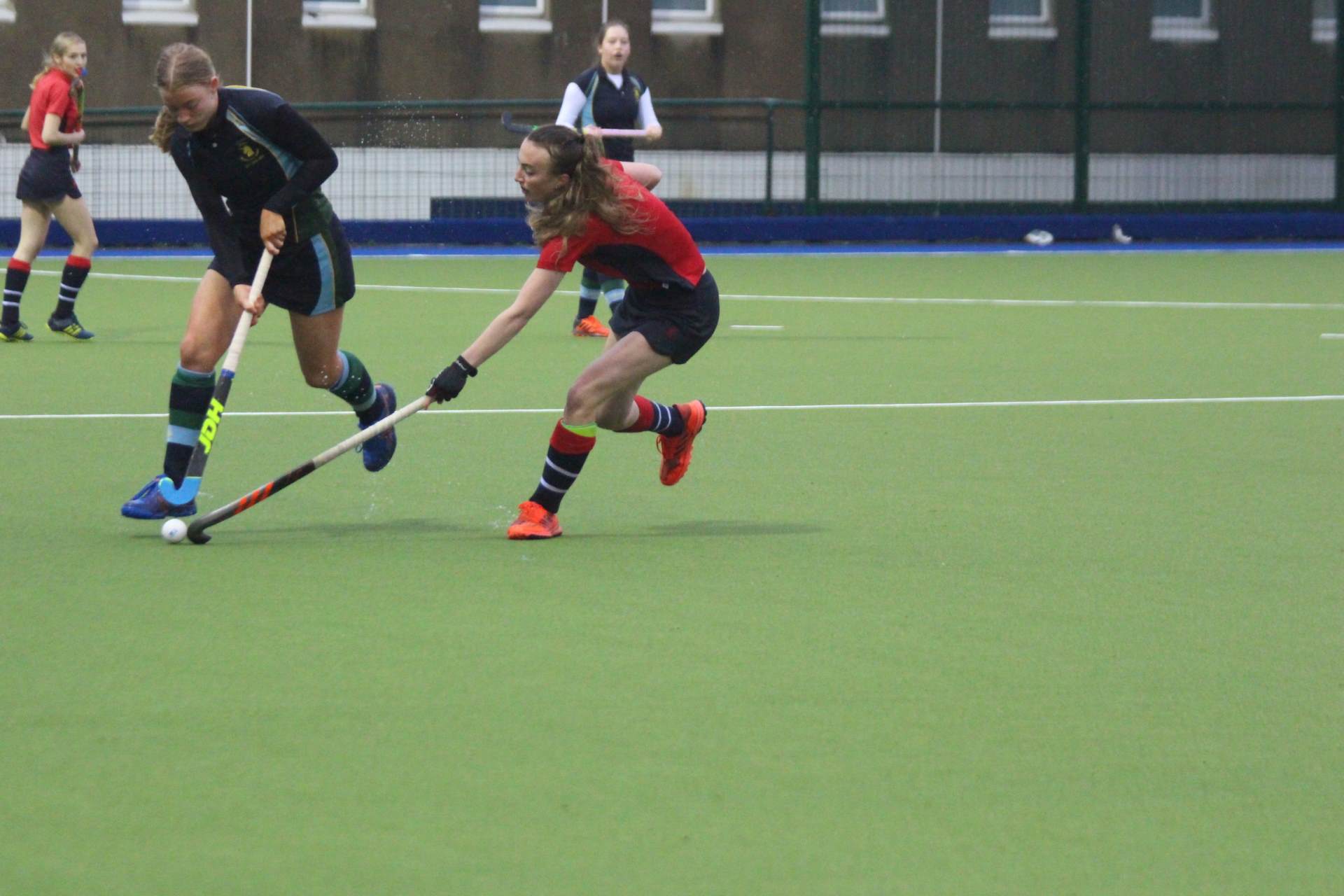