Congratulations to Bruce Tan in 1st Year who won the U13 All Ireland table tennis championship last weekend.

Congratulations to the 42 students who competed in the Blackrock College invitational on Thursday.

The teams ran in year-groups, competing in a relay format. The First Year Girls and Boys teams came 3rd and 2nd respectively. While the TY Boys finished in 2nd place overall and the 5th Yr Girls team won Gold in a very dominant fashion. 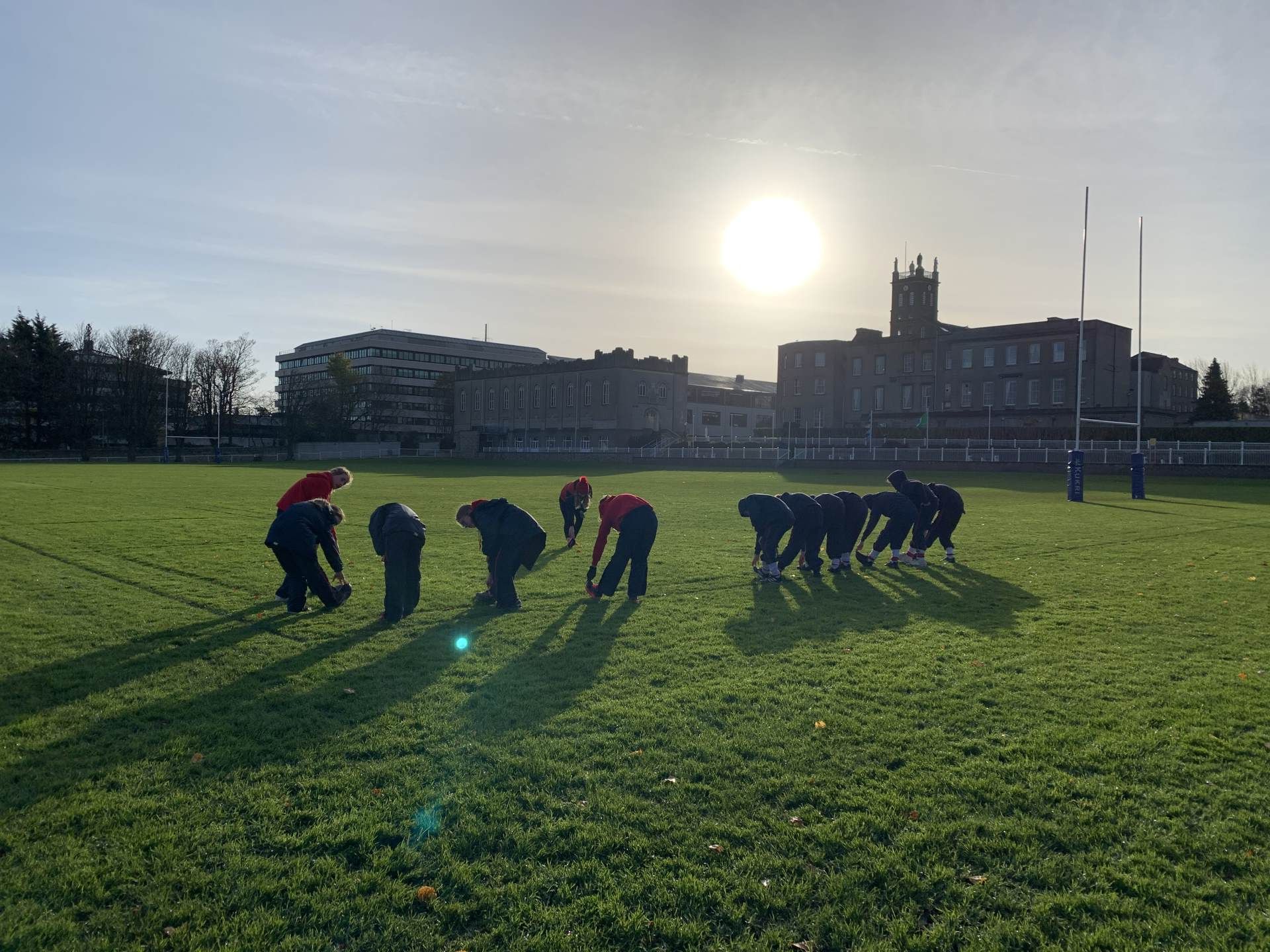 The SCT suffered a tough loss away to a strong Kilkenny side in the league quarter final. The final score line, 22-0, does not do justice to how much of a closely contested affair it was. Wesley missed a few scoring opportunities early on but some brilliant team defence kept the game in the balance at 8-0 right up to the last 10 mins. Sean Foulds in particular standing out for his work rate. The team will regroup with a few more fixtures leading up to the Christmas break

The JCT also went down to Kilkenny in their last league game of the group stage. A tough result at 19-3, but a lot of learnings taken with Charlie Hempenstall getting the only points of the day. There were strong showings also from Isaac Reid and David Gilmore. Their league campaign will continue up to Christmas.

Wesley Social team were narrowly defeated by Blackrock 17-14. After falling behind early Wesley fought back. Fittingly Adam Crowe, Max McMullin and Callum Van Den Berg were the points scorers, all three were brilliant on the day. Freddie Jones also defended gallantly. A great game of rugby, enjoyed thoroughly by the 23 players involved. 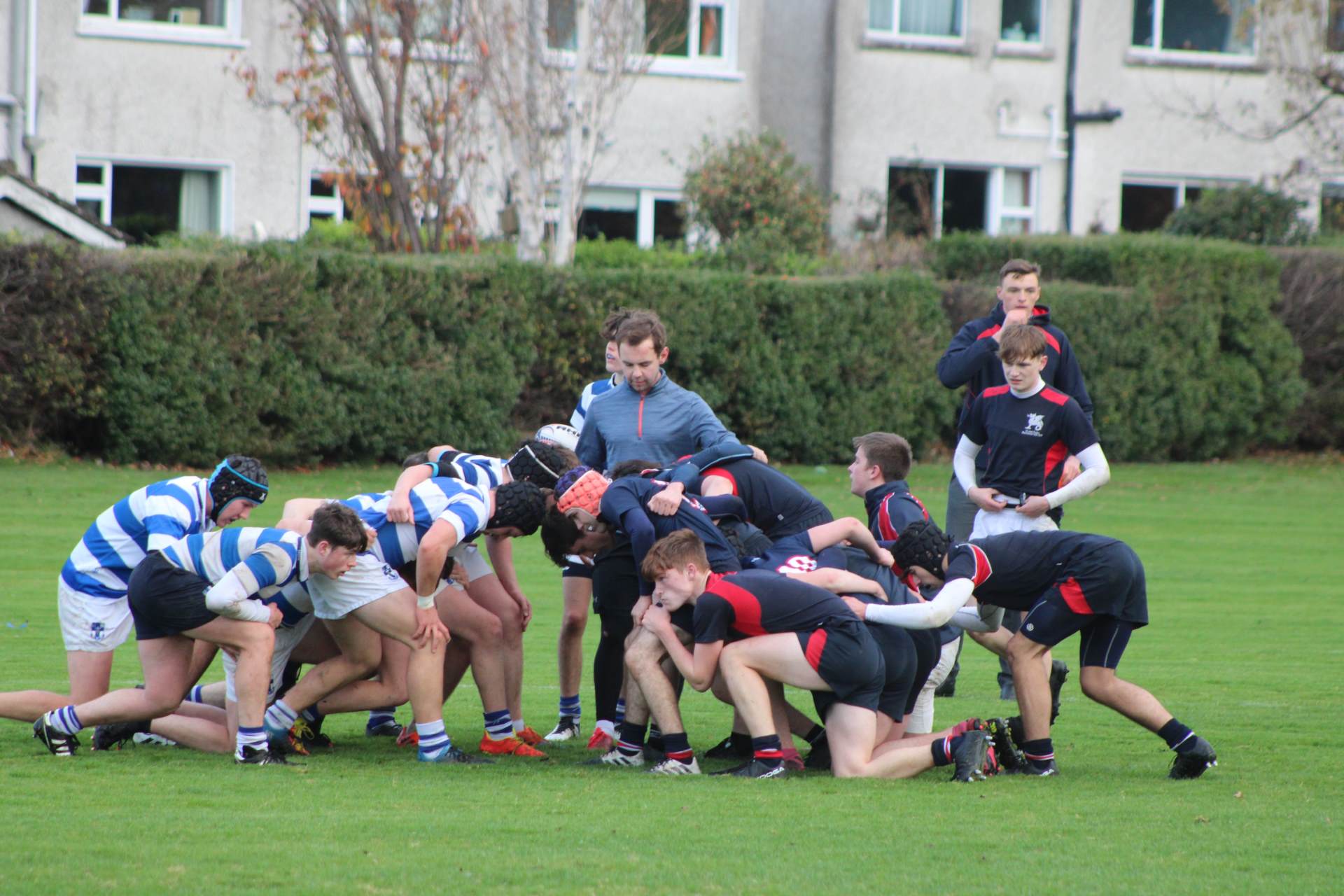 In their final preparations for their first Cup encounter on Wednesday, the Senior 1s took on Alex in a friendly. Both Lindsay and Mikayla Power got on the score board, recording a 2-1 win.

A number of our teams took on Our Ladies Grove, with all groups recording wins in their friendlies. The Junior Bs winning 4-0, Minor Bs 5-0 and the 1st Year Bs 5-3, with Zoe Holmes scoring a hat-trick.

Wednesday had a number of important fixtures, with the notable Senior Cup Round 2 encounter against Muckross. The Senior 1’s had the lion’s share of the play for the match but couldn’t break through the Muckross defence. Muckross capitalised on two counter attacks, securing their place in the quarter finals with a 2-0 win. Commiserations to the girls, and no doubt they will come out fighting for the rest of their league campaign. 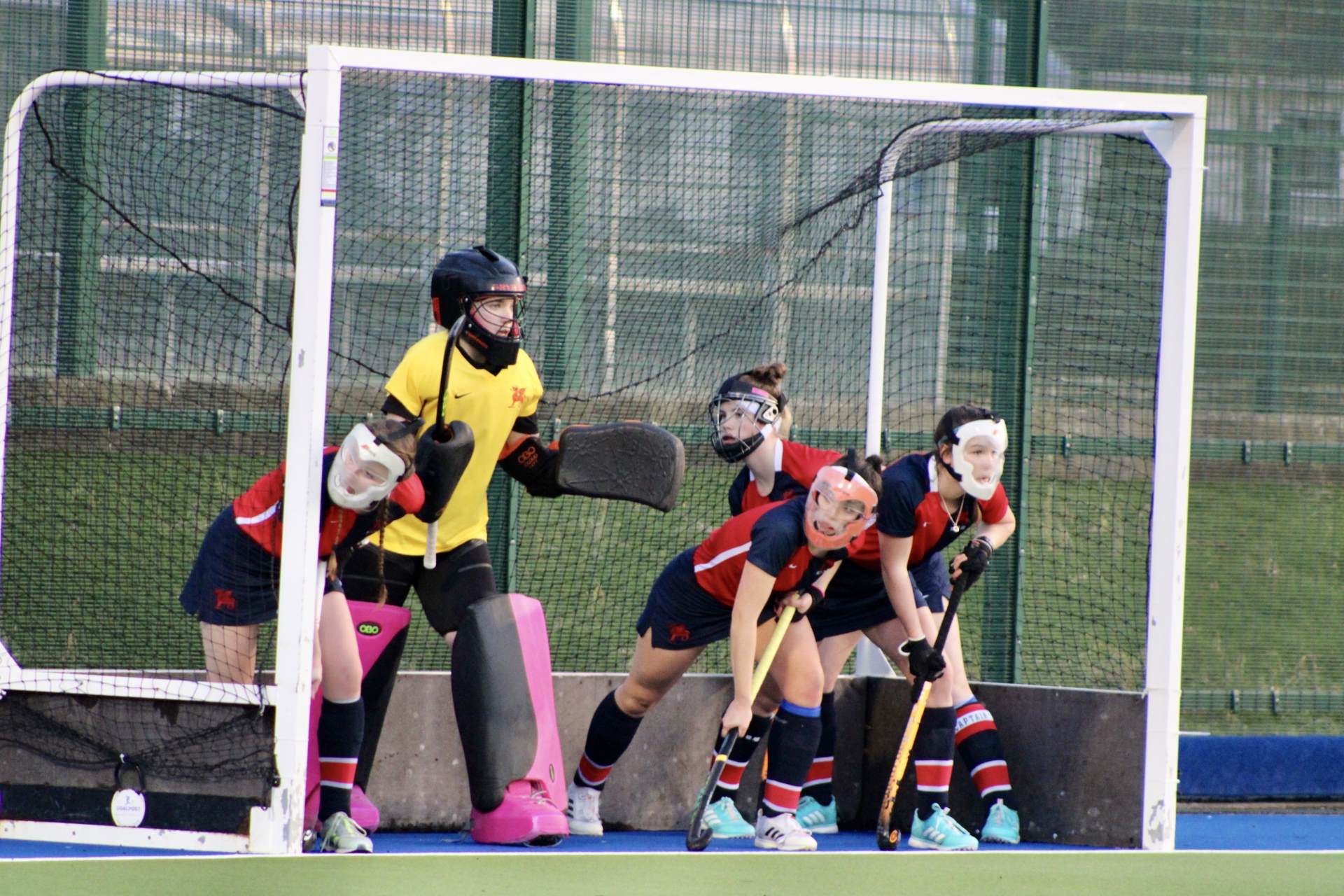 Two of our teams travelled up to Belfast on Wednesday. The main event was the Senior 1s opening game of the All Ireland Schoolboys Competition against RBAI. Mark Smyth scored a hat-trick, Sam Smalley got a brace and Josh Gill pitched in with the other goal to pick up a commanding first win, with a clean sheet. 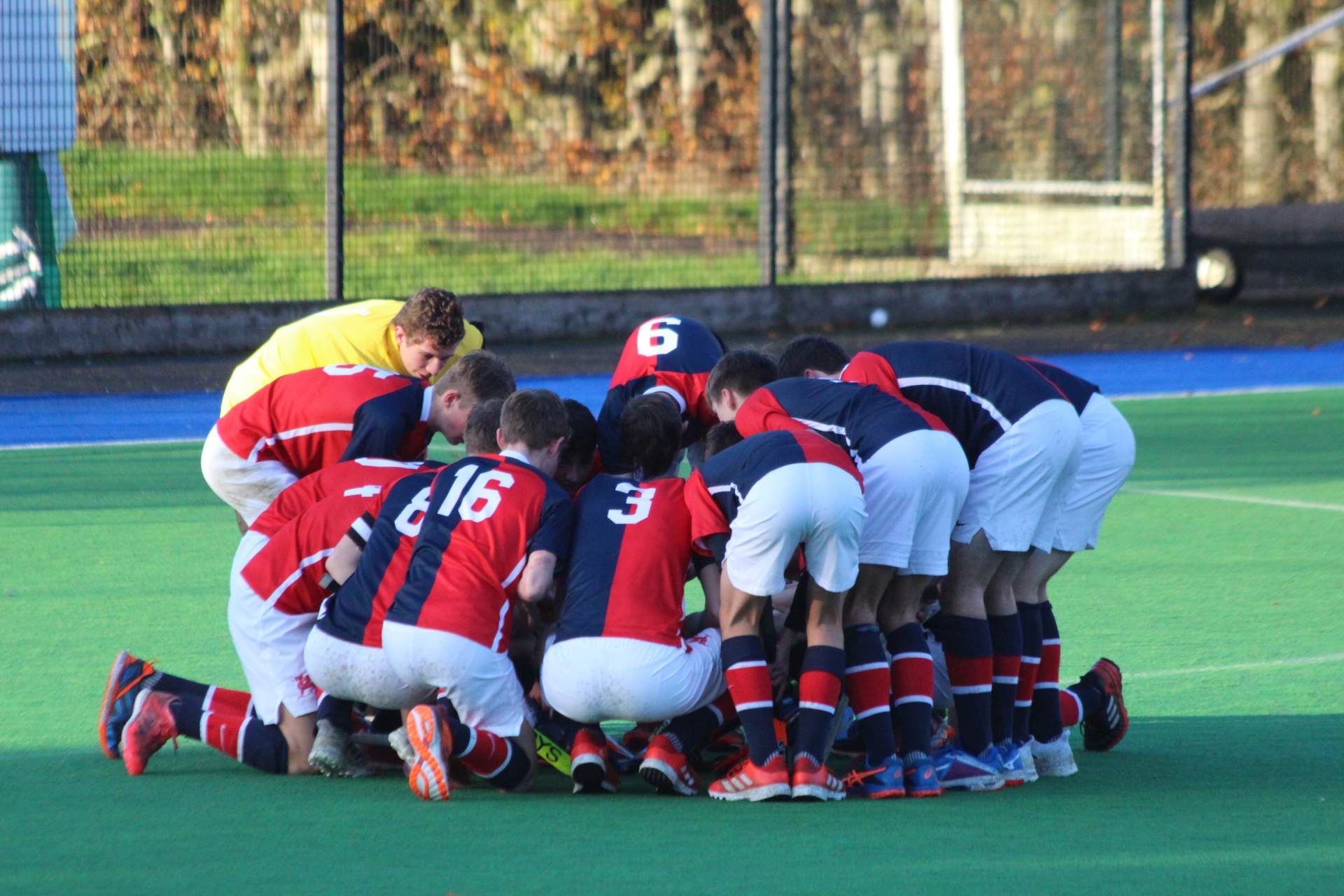 The U14 As also travelled to Belfast, losing out 2-1 to a strong RBAI team. We had loads of individual ability and in time, with more practice, we will be able to compete at this level. Our goalie Alex Bainton had a stormer and showed great bravery in the face of some very powerful opposition forwards. Alex Casey played a key role in keeping the score down to a manageable level.

The U14 Cs league game, saw a 2-1 loss to Drogheda Grammar while the U13 As had a comfortable win against St. Andrew’s Bs in their league encounter and the U13 Bs lost 3-0 to Mt Temple in the league.

The Senior 1s were back in action on Friday against Temple Carrig in the league. Smalley was back on the score sheet, along with Conor Walsh and Andrew Armitage, wining 5-1

The U19A team had a very close encounter with Blackrock College As in their league match with all matches going down to the wire and only a couple of points separating each team from the other. Blackrock managed to pip Wesley in the end winning by 4 games to 2 games. A very good performance by Wesley despite the disappointment of losing. 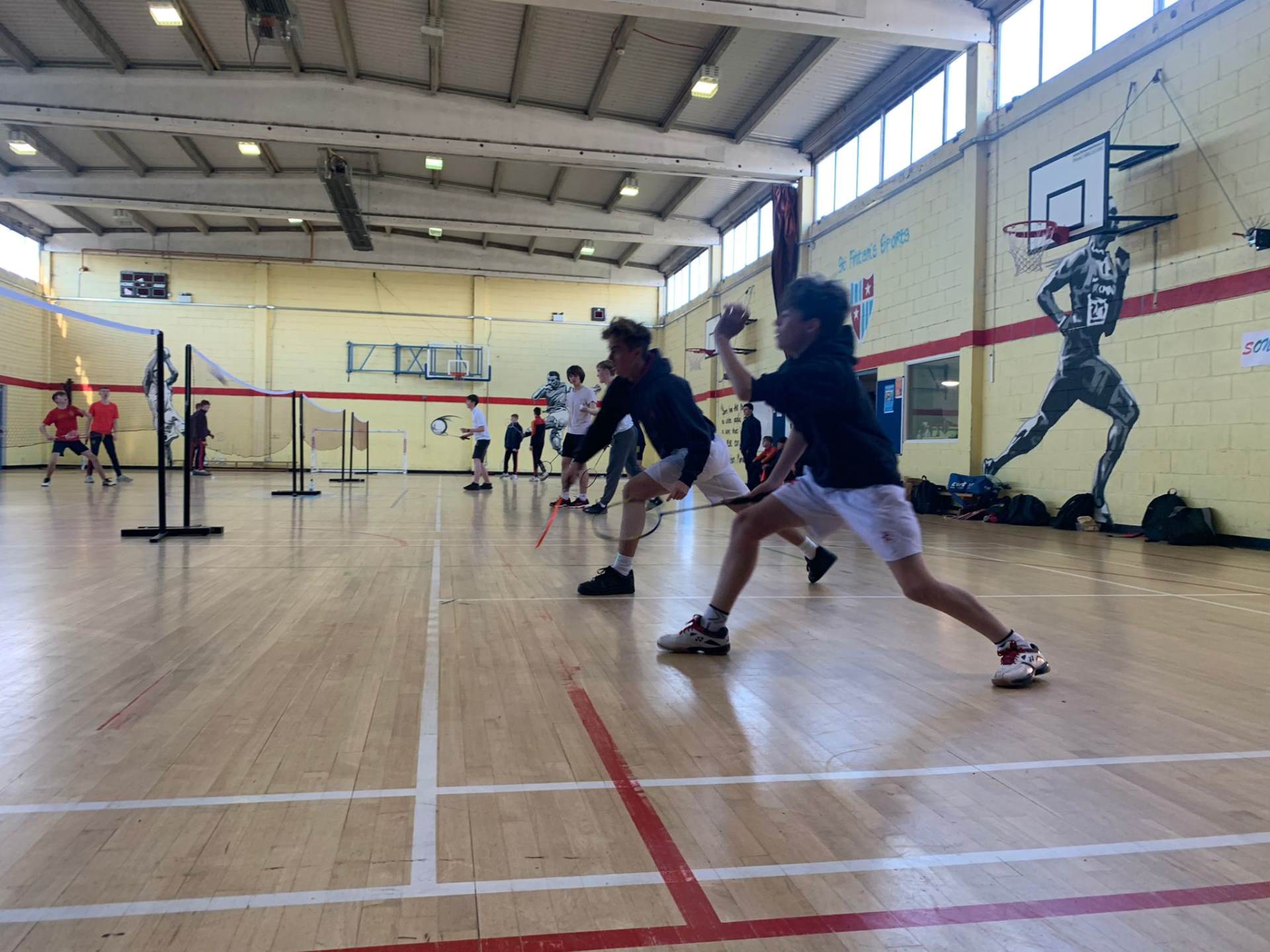 Congratulations to Finn Archer, Jinlong Situ, Louis Ye and Harry Goolding on a great win in the League for the U19B Badminton team against Blackrock College a school that we do not often come away with a win against. A decisive win with Wesley winning 5 matches to 1.

The B’s were back in action on Wednesday in two games, against Temple Carrig and De La Salle . On the back of their great win against Blackrock the day before, this team kept on the winning trail winning their Temple Carrig game by 4 matches to 2. The 2 which we did not win were extremely close so very competitive match.

The match against De La Salle College, a school we have not beaten for a number of years, literally went down to the wire. The match ended 3 games each and so went down to points to find a winner. Wesley won this 155 points to 113. Great two days for this team with 3 wins out of 3 .

Congratulations to the U19 Girl’s Basketball team who had a great win over Ballinteer CS. The score was 28-13 with special mention to Kristina McDonagh, Molly Fitzpatrick and Jane Sone Lenou who lead the advantage through to the final quarter! 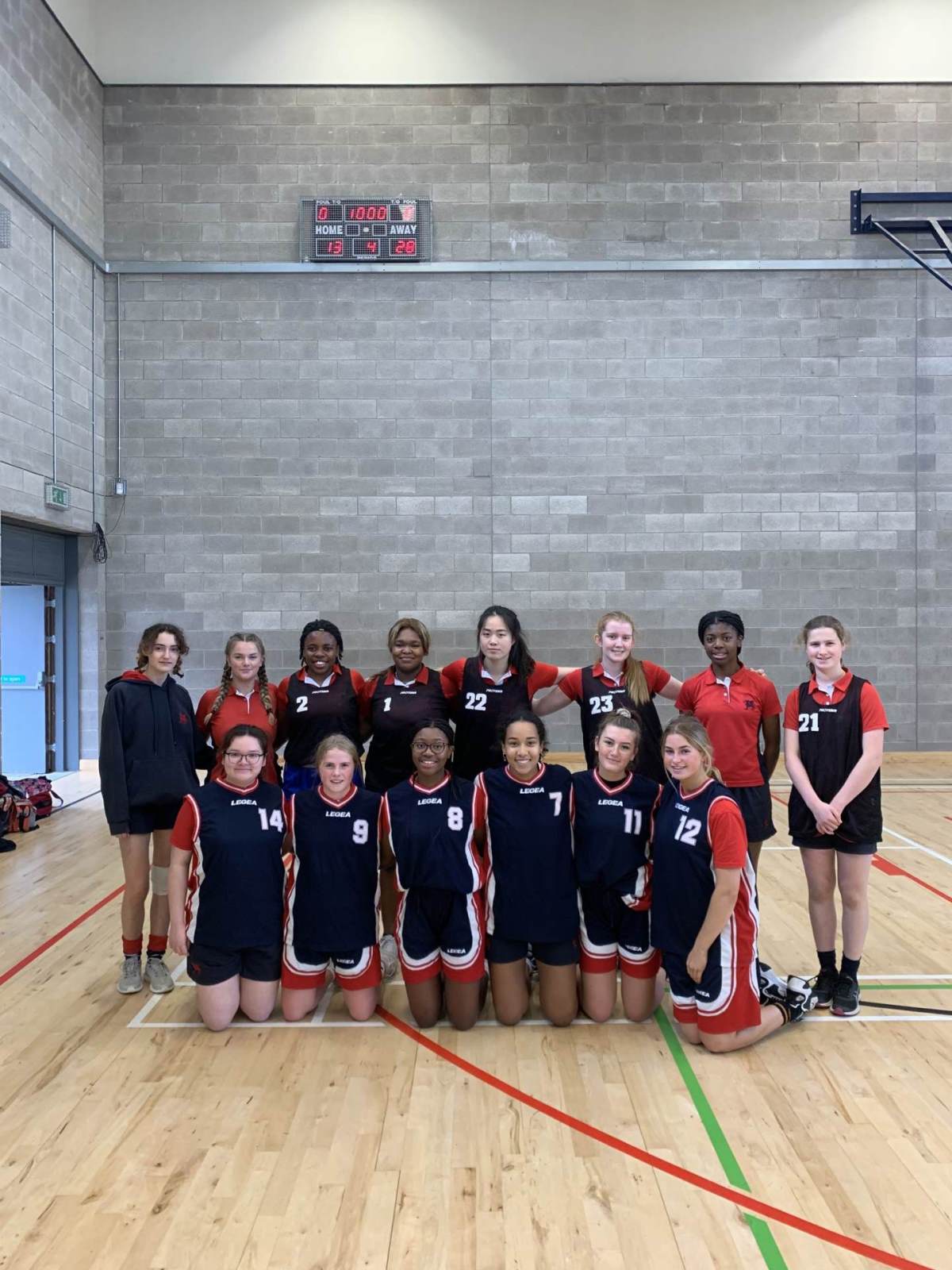