38 students competed at the East Leinster Cross-Country meeting in Avondale House, Co. Wicklow on Tuesday. In total, six Wesley teams competed in all age groups and the following were notable successes;

Congratulations to all 38 students who took park.

The U16 A boys badminton team had a very closely fought semi-final of the Dublin Schools Badminton League against Lycee Francais. Sean Murray and Jamie Byrne winning their two singles matches and Edward Bell and Louis Ye just loosing narrowly in their singles. The boys paired up for the doubles matches, which Lycee Francais won. Hard Luck to the team great achievement to get to the semi-final especially as a couple of the boys have only taken up badminton this year for the first time.

The U15 A XV lost narrowly to a strong St Mary's College side 19-31. The Wesley scores came from Milo Campbell, Finn O'Neill and Peter Montgomery, with Peter also adding two conversions. This was an encouraging performance from this team with many positives to be taken from the game.

The U15 B XV lost 38-29 in a competitive match to St Mary's College. They showed great character to win the second half by 12-29. Well done to Ben Fisher who put in an excellent performance in this match.

The U14 A XV put in a clinical performance to win 35-0 at home against CUS. Well done to David Gilmore and Sam McMullin who both scored twice, and to Christopher MacLaughlann-Hickey who added a further score. Charlie Hempenstall had a fine day from the tee, kicking all five of his conversions.

The U14 B XV played out a fantastic match against CUS, winning 19-17 in a superb second half performance. Well done to Cian Allen, Christian Ryan and Jose Saturnino who all scored tries. A special mention to Christian Ryan who sealed victory with a conversion from the side line late in the second half.

Well done to the U14 A XV who extended their unbeaten run to six matches with a 0-19 away win against St Andrew's College on Saturday morning. Sam McMullin, David Gilmore and Cameron Sheil all crossed over for scores, with Charlie Hempenstall adding two conversions.

Hard luck to the Senior Girls who lost their league match to Holy Child Killiney 1-0. The opposition scored from a PC and despite creating some good chances Wesley were unable to get back into the game.

Well done to the Senior 4s who won their league match against Newbridge 3-0. Goals from Ciara and Eva.

Well done to the Junior As who had a convincing win against Kings Hospital to top their league group. Goals from Siuin, Mikayla, Sarah and Grace. 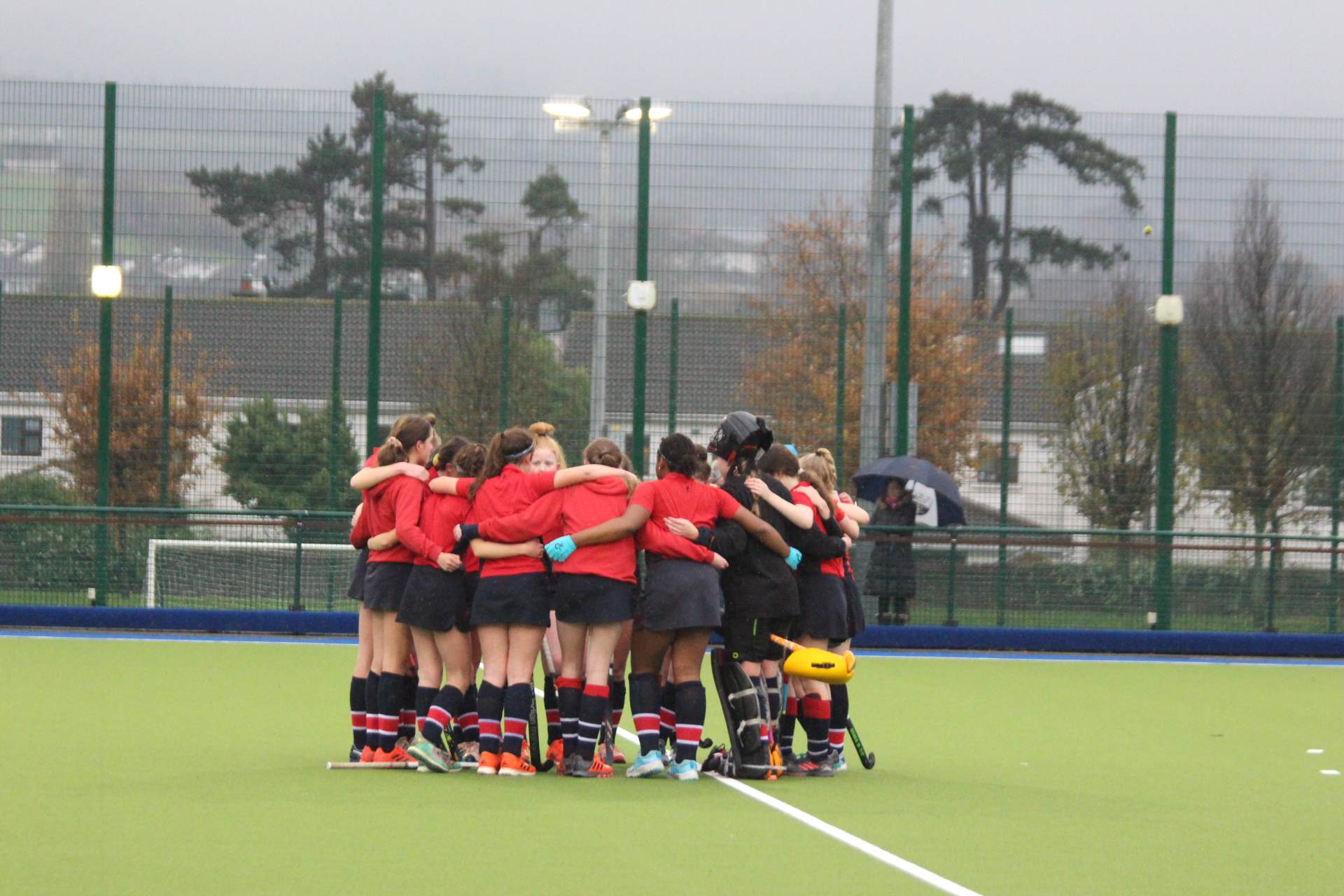 Congratulations to the Minor As who beat Alex 2-1 in the semi-final of the league. That is a great achievement and they go on to play the final next Thursday.

The Minor Bs lost to Rathdown As. Great performance by the whole team and were unlucky to concede the goal. Player of the match Lauren Mackey in goal.

Minor Cs won 4-0 against Loreto Dalkey to put themselves top of the league. Special mention to Robyn Howlett and Beulah Rowen.

The Minor Ds lost to Newbridge 2-0. Special mention to the first years who played and helped them out.

Well done to the First year As who had a convincing win against Mt Sackville. Lots of goals and some great hockey played.

Results from over the weekend were mixed. Well done to the Senior Girls who beat Rathdown in the Senior Plate. The only goal came from a great ball in by Alex Dunlop, which was deflected in by Darine McCabe.

The Senior 2’s won 4-0 against Mt Sackville in the league. Goals from Carla, Maddie, Lucy and Eva. With the Senior 5s also claiming the win after beating St Joseph’s Cluny 2-1, both goals scored by Kimi.

Congratulations to the Junior Bs who had a great league win over Mt Anville. 1-0. Goal from Bobbie Gillespie. Best performance of the season from the girls. Hard luck to the Junior Ds who lost 3-1 to a strong Muckross team.

The Minor Bs drew 1-1 to Muckross in the league. Wesley dominated the first half, with Jamie Doyle scoring from a short corner.  Well done to the Minor Ds who played some good hockey against Our Ladys Terenure, and won 5-0

Well done to the first year A1s and B1s who had great wins against Mount Temple on Saturday Morning. Wesley dominated both games, with Mila Futlon and Mia Fromholz getting a hattrick. Some great play by all the teams. The B2 won 1-0 against Our Lady's Terenure and the A2s drew despite numerous attacking play

Well done to Senior 1’s who beat Bandon 2-1 in the Whiteside Cup. The boys played one of their toughest opponents this season. In keeping to the league final, the boys converted a corner via Adam Walker to take the lead and within 2 minutes had scored the second, thanks to a beautiful backhand by Craig Mackay. Congratulations also to the Senior 2’s beat St Columba’s 1's 3-0. 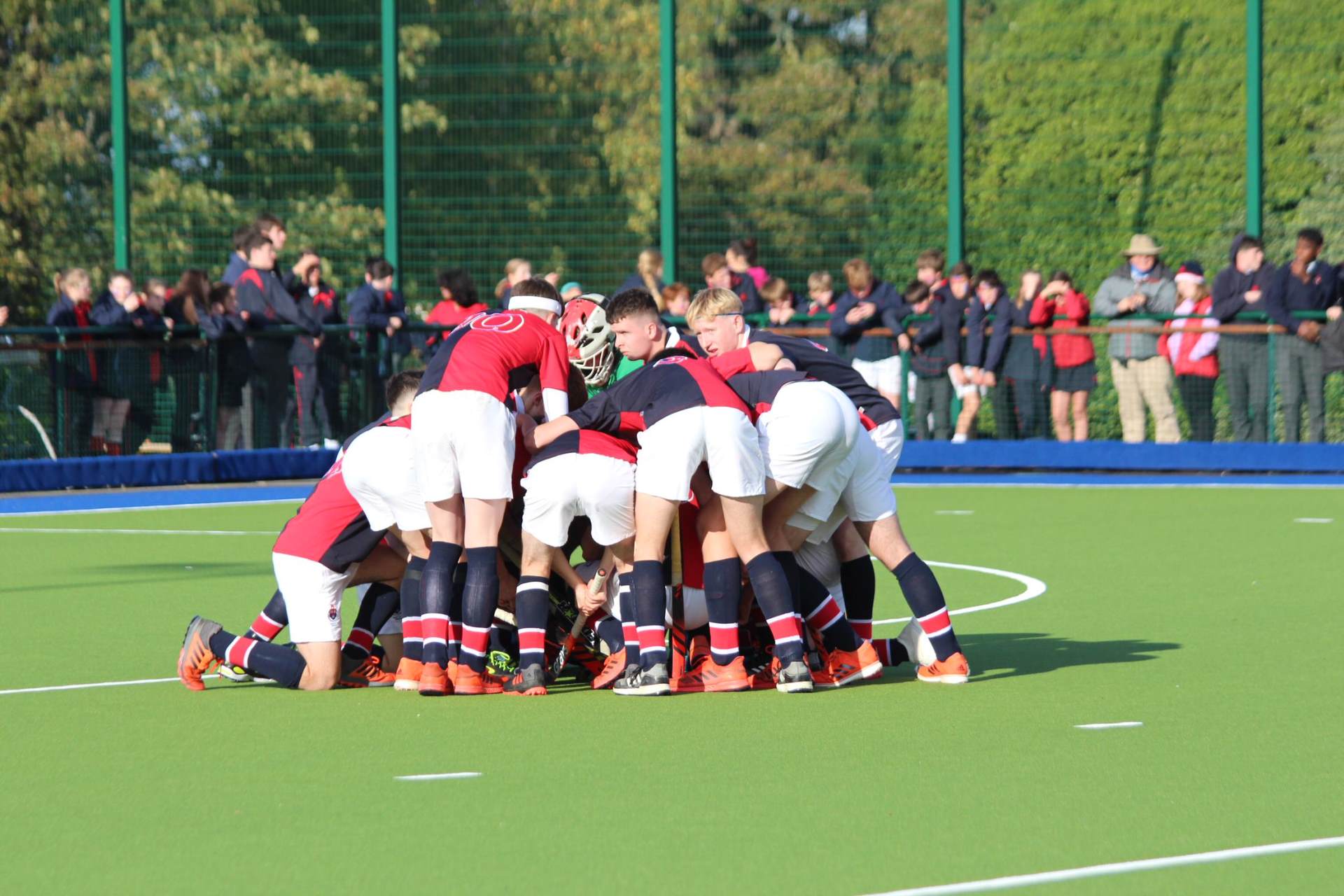