The All Ireland’s took place this week in Dublin and we hosted a number of the matches on our new pitch. Our Senior boys got their campaign off to a perfect start, with a 3-1 victory against Newpark. After pressing well throughout the first half, it was a comfortable victory thanks to Ben Cullen, Tom Power and Adam Walker up front. 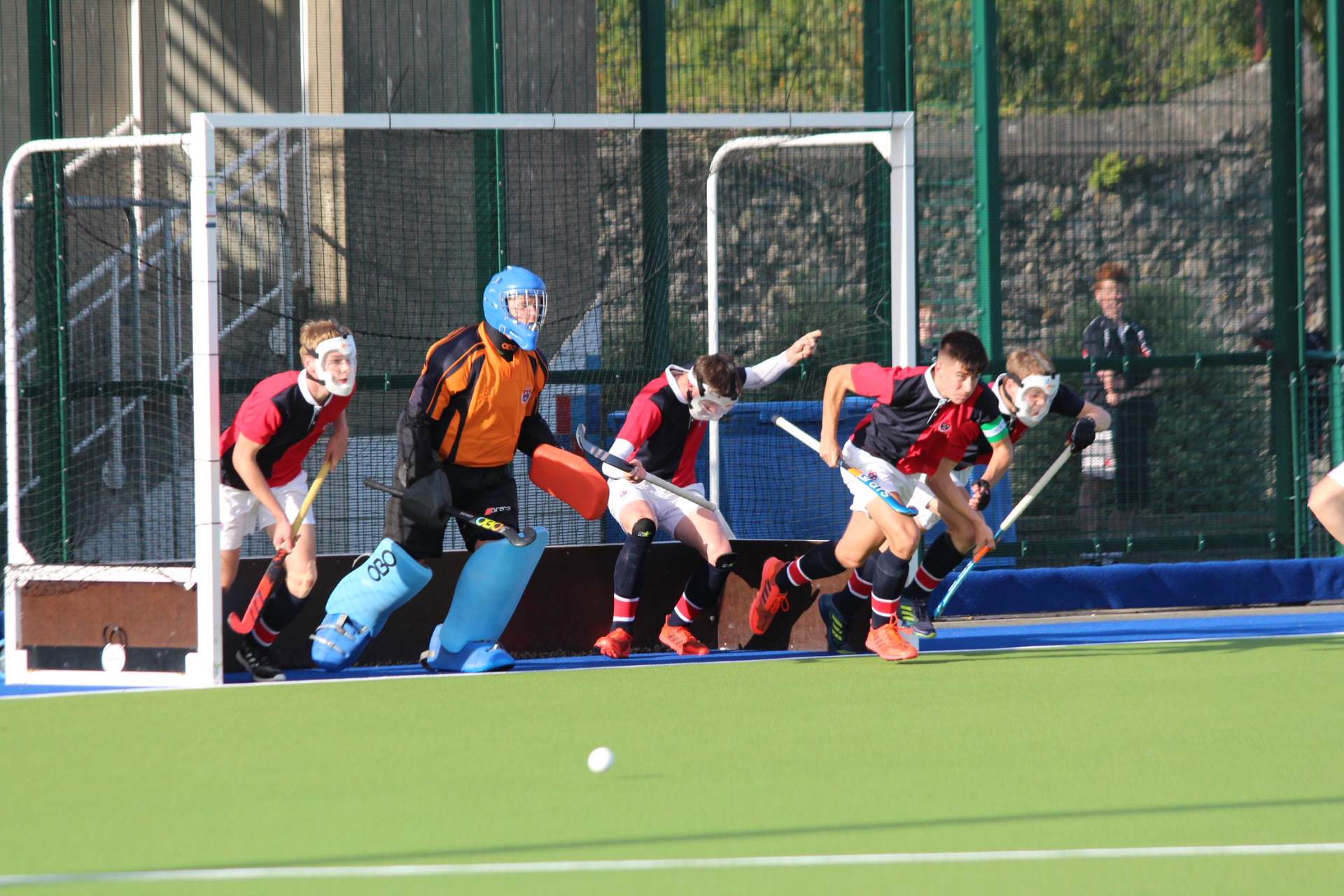 This was followed by a 3-0 win against Regent House, with scores from Ben Cullen, Jack Smalley and Scott Ruttle. Goalkeeper Chris Bailey kept a clean sheet, including an impressive double save from a penalty corner. The next game was the much-anticipated tie with Friends’. Despite Wesley having majority of possession, the stalemate was not broken until the second half with scores one more from Tom Power and Ben Cullen. This 2-0 victory set up a semi-final tie against St. Andrew’s in Three Rock. 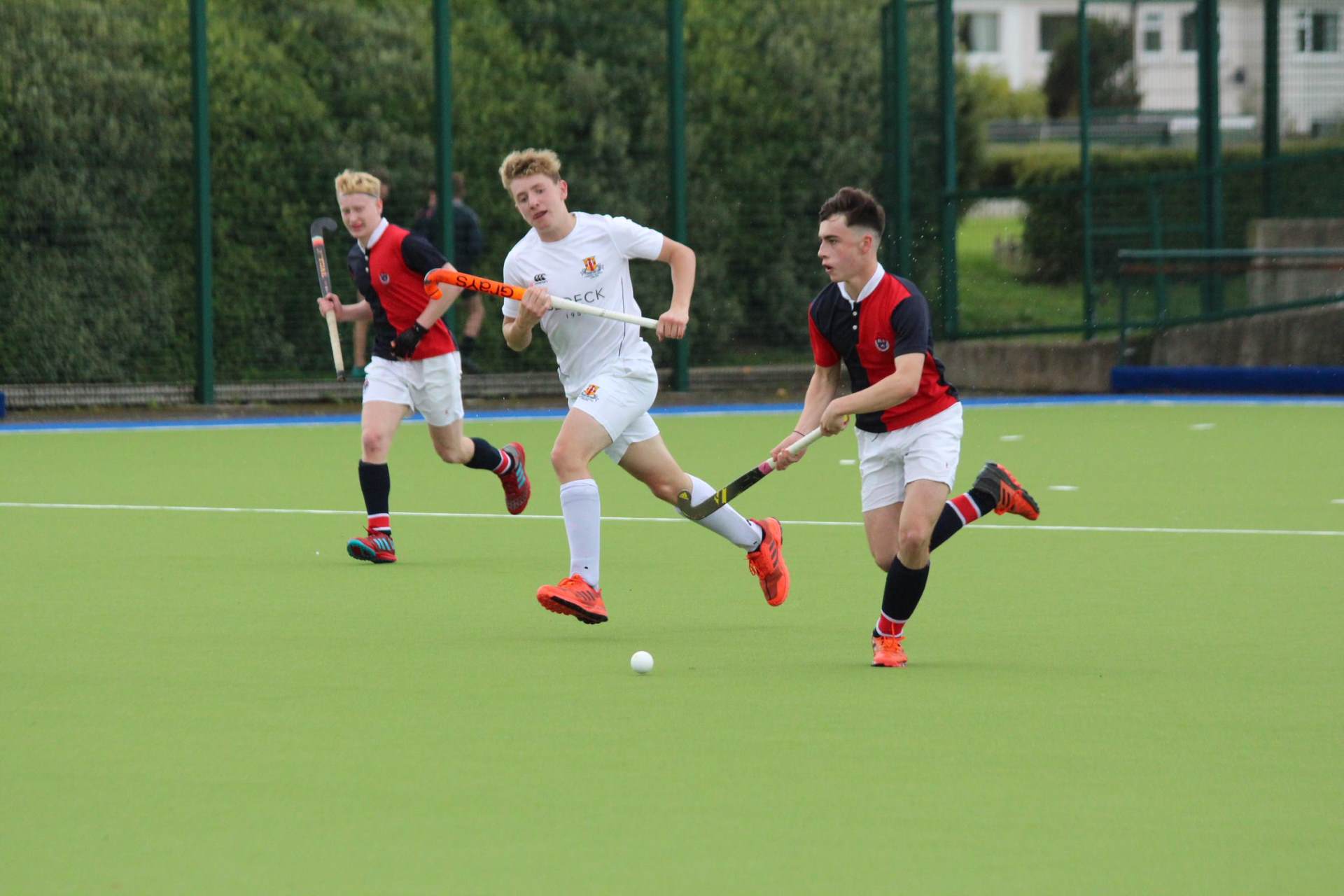 The cold and wet weather conditions did not deter the large crowd of Wesley supporters. It was a scoreless, well-contested first half. Andrews scored the winning goal from a short corner mid-way through the second half. Wesley’s campaign came to an end, but not without our boys giving their best. Well done to all involved and thank you to the squad and management for representing the school so proudly and giving us plenty to shout about on the side-line.

Well done to the Junior As who beat St. Killians 4-0 thanks to goals from Sam Smalley, Gordon Bernon and Josh Gill. Also in action this week, the U13 and U14 A squads beat St. Columba’s 5-0 and 4-0 respectively.

Two teams from Friend’s came to support their Senior boys and played our 3rd Years and U14 A’s in friendlies. Wesley won both matches 4-0 and 3-0 respectively.

The Junior tag rugby teams played in the Metro blitz in Old Belvedere RFC on Friday. The Blue and Red teams battled the wind and heavy rain but had a very successful day displaying their rugby skills. Well done to all. 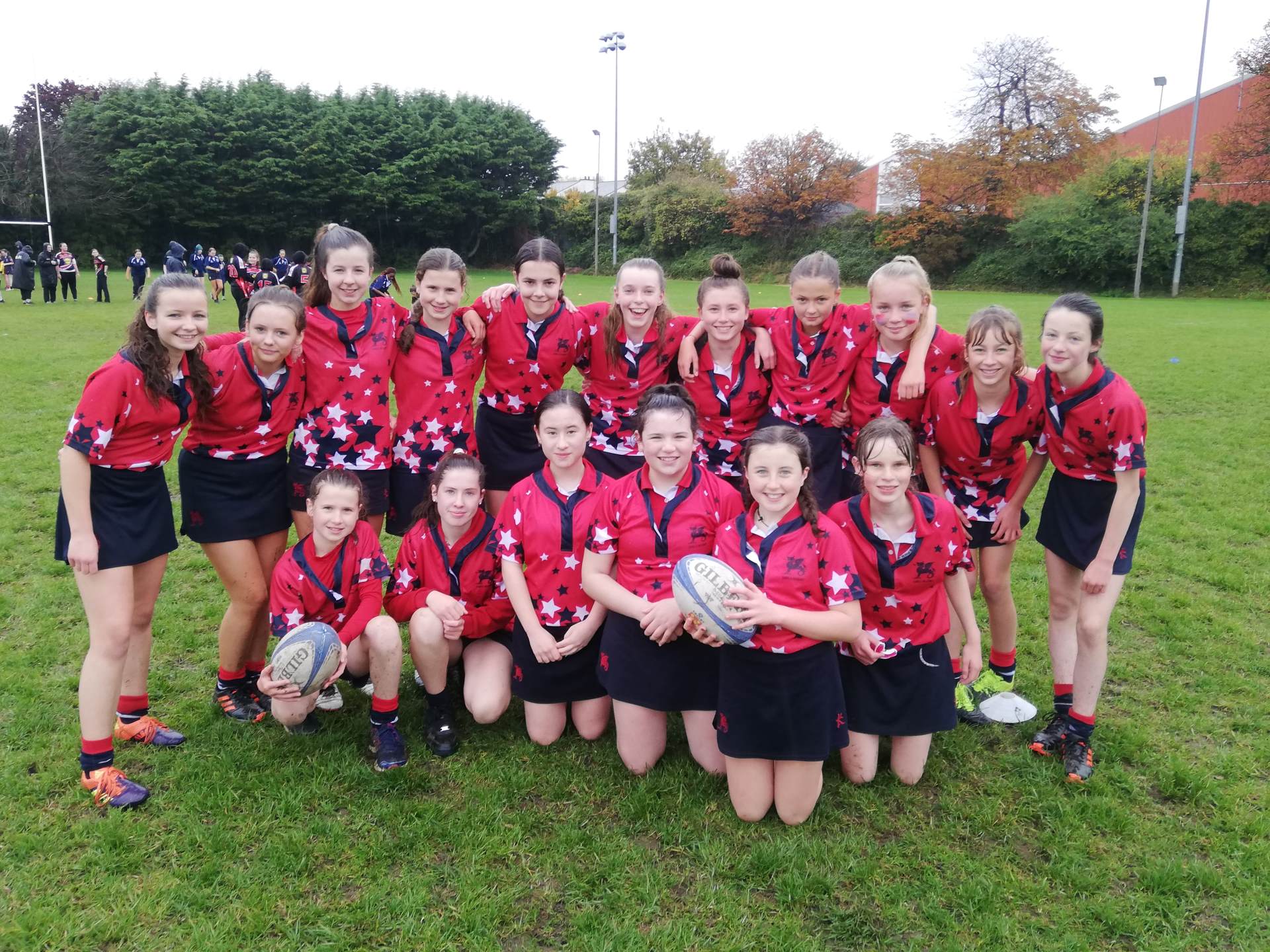 The SCT XV had a marvellous 24-27 away win over Presentation College Bray on Wednesday afternoon. A four score victory with tries from Toby Durham, Tim Elliott, Chris Gilmer and captain Peter Costello alongside the two conversions and one penalty kicked by Jack Atkinson leaves the team in 2nd place in the League table with eleven points from three games ahead of their next match at home to Catholic University School on Wednesday 6th November.

The 2nd XV lost out narrowly by 12-8 to Presentation College Bray. Well done to Bosola Ojewale who scored the Wesley try and to Alex Devaney who slotted a penalty in this match.

The JCT XV lost 5-31 at home to Presentation College Bray in the League. Well done to flanker Shane Pedlow who crossed over for a try. The U14 A XV made it four wins from four with a superb 33-0 win at home to Temple Carrig. Captain Sam McMullin crossed over for two scores, alongside additional tries from Charlie Hempenstall, David Gilmore and Max Brock. Charlie Hempenstall had a successful day from the tee kicking four of his five conversions.

The U14 B XV won well at home to Templecarrig. Second row Daniel McConnell put in a fantastic performance in this match to score three tries. Captain Sam Ryan, Jose Saturnino and Allen Liu added a further two scores each, alongside additional tries from Christian Ryan and Danny MacLaughlann-Hickey. Christian Ryan added a further twelve points from the tee with six conversions with an additional two points being kicked by Jose Saturnino.

On Wednesday six students represented the school at the Lucan Cross-Country Challenge.

All five boys in 2nd year ran extremely well and finished in the top 15 of their races. Special mention goes to Jamie Byrne (2nd Yr) and Faye Dervan (5th Yr) who both won their respective age-group races. Well done.

The Senior 1s drew 2-2 with Muckross. A tough first quarter saw Muckross well on top with a number of penalty corners eventually converting from one at the end of the quarter. A better second quarter saw us equalise after a great Charlotte Stapleton lead to Sinead O’Grady to finish at the back post. Muckross scores again as an early ball into the circle lead to a clear one on one, Holly saved the initial effort but Muckross swept the rebound for a 2-1 lead. The third quarter we stepped it up a couple of gears and Sophie Wall equalised as we were largely on top. The final quarter was even enough. Holly was outstanding in nets. We are the happier team with the draw but also credit to the team for coming from behind twice and getting on top in second half after a difficult opening quarter. The Minor Cs won their league match against Sandford Park 2-0.  They started strong, keeping most of the play in the Sandford side of the pitch and eventually scored through Beulah Rowen in a breakdown from a penalty corner. We played better passing hockey in the second half and were rewarded with a second goal by Heidi Agar when the ball was switched from left to right in front of the goalkeeper.